Skip navigation!
Story from Beauty
Photographed by Myesha Evon Gardner.
From the lip flip (using Botox to enhance lip size) to lip blushing (tattooing the lip line to lend lips definition) it seems we're willing to try just about anything to give our lips a boost. You might blame the 'Zoom boom', which is said to have magnified insecurities for many. Then there's TikTok, which serves up countless lip swelling hacks that you can DIY at home. Either way, achieving bigger lips is a popular goal.
One of the most common lip plumping procedures is arguably lip filler. In 2019, a Vice poll even saw voters compare the lip enhancing procedure to getting a manicure or a haircut, and it's fair to say the stigma and judgement surrounding cosmetic treatments has reduced significantly since then. As with all procedures, there are risks, but the lip filler industry has come under fire in particular for a dangerous lack of regulation. In the UK, anyone can perform lip filler; you don't have to be a qualified professional to get your hands on the equipment or administer it. The after effects (which can include lumpiness, infection and scarring) are pushing people to ditch filler for safer, less invasive options — and one such treatment is the new ProDeep lip laser.
Advertisement

What is ProDeep laser and how can it make lips bigger?

Dr Rita Rakus experienced cosmetic practitioner and founder of Dr Rita Rakus Clinic in Knightsbridge explains that ProDeep is the latest generation of laser treatment. "The technology was founded in Brazil and is also used across clinics in Europe, now making an appearance in the UK," says Dr Rakus, with it being exclusive to the Dr Rakus Clinic. "It acts on the sub-dermal layers of tissue (basically underneath the skin) and stimulates collagen at depth." Dr Rakus says that this effectively reduces mild to moderate wrinkles, various stretch marks and scars, but it has another recently discovered advantage: lip plumping.
According to Dr Rakus, it works like many other skincare lasers on the market by stimulating collagen (a protein which supports skin and enhances fullness and elasticity). Head to Dr Rakus' website and you'll see that the before and after pictures are impressive to say the least. Lips appear almost twice the size after the laser treatment.
ProDeep isn't just great at enhancing the shape of lips, though. "The lip treatment using ProDeep helps the red pigment of the lips to improve," says Dr Rakus, so it lends lips a similar effect to lip blushing or tattooing. "It does this as well as improving the structure of the tissue," continues Dr Rakus. "This works particularly well for older patients, as well as those who have smokers' lines."
Advertisement

What is the difference between ProDeep laser and lip filler?

Lasers such as ProDeep enlist beams of laser light which penetrate into the skin tissue, whereas lip filler uses needles to plump up lips with hyaluronic acid-based filler. Neither are considered particularly invasive treatments, but laser might be a better option for those who aren't too keen on needles. Dr Rakus also explains that lasers may have more of a desired cosmetic effect. "In some cases, it is better to stimulate the tissue because filler can sometimes not look as natural (if not administered properly)." In the UK currently, filler is largely unregulated, which means anyone can become an injector. As a result, botched treatments are rife, and side effects include lumpiness, but more dangerously infection, scarring and skin necrosis (death of skin tissue) which experts say can lead to permanent disfigurement in some cases.
Dr Rakus says that laser lip treatments like these require two treatments over a six month period. Just like a laser facials to minimise fine lines and wrinkles, top ups after the year may be required as results may fade over time. However, filler can be dissolved immediately if you don't like the effect. Still, Dr Rakus touts ProDeep as the "ideal treatment to help achieve a very natural look."

What are the benefits of ProDeep laser and are there any side effects?

Depending on the intensity of the laser, it typically feels like a hot ping from an elastic band on your skin. "The great part to the treatment is that there is no downtime or pain experienced following on from it," adds Dr Rakus. "If the treatment does cause any sort of discomfort during the course, a cooling sensation can be used through a hand device for the treatment."
Advertisement
Dr Rakus explains the treatment is suitable for all skin types and you can experience results after the first session. "Patients who want to treat acne scarring, wrinkles and laugh lines, surgery or injury scars can also benefit from the treatment," adds Dr Rakus, however it is recommended that you book an initial consultation to discuss whether the treatment might be right for you and what you'd like to achieve for your lips.

How long does ProDeep laser take and how much does it cost?

As with all laser treatments — from those used to minimise wrinkles and acne to laser hair removal — Dr Rakus says that the duration can depend on the area of the face, skin or body you are treating. "Some larger areas can take longer," however lips may be a faster to treat as they tend to have a smaller surface area. Similar to filler, which can start at £600 for 1ml and go up to £750+ at many reputable London clinics, lip laser treatments start from £600. Dr Rakus mentions that the price may fluctuate depending on the area you want to focus on.
Exactly like injectables, Dr Rakus hit home the importance of doing your research before booking in for lip laser treatments. "You should look for an accredited clinic and team who have many years of experience and are trusted in the industry before committing to the treatment and to the clinic." Head to Save Face or Glowday, which may be helpful in pinpointing a trusted practitioner. Making sure you have a contact number (especially out of hours) is also a must, in case you have any queries or problems post-treatment.
Advertisement

How can you make your lips appear bigger naturally?

If you're looking for more purse-friendly ways to make your lips appear fuller, Dr Tijion Esho, AKA The Lip Doctor, recently shared his top 7 natural, lip plumping hacks with R29. Your first port of call is a regular slathering of lip balm, as the skin on your lips is very delicate and requires lots of hydration. Try the ESHO Drench Lip Treatment, £18.99.
If you're not keen on cosmetic treatments, the fastest and easiest way to enhance your lips is by using a lip plumper like the ESHO Sculpt Lip Treatment, £19, the TikTok-famous Too Faced Lip Injection, £20, or Barry M's That's Swell Lip Plumper, £4.99. Lip products containing ingredients such as hyaluronic acid (which hydrates skin and plumps out lines) as well as peptides (proteins which repair and protect the skin) are a great shout. Try the ESHO Pause Lip Treatment, £16, or EclatSkin's Hyaluronic Acid Lip Serum, £29.90.
shop 6 products 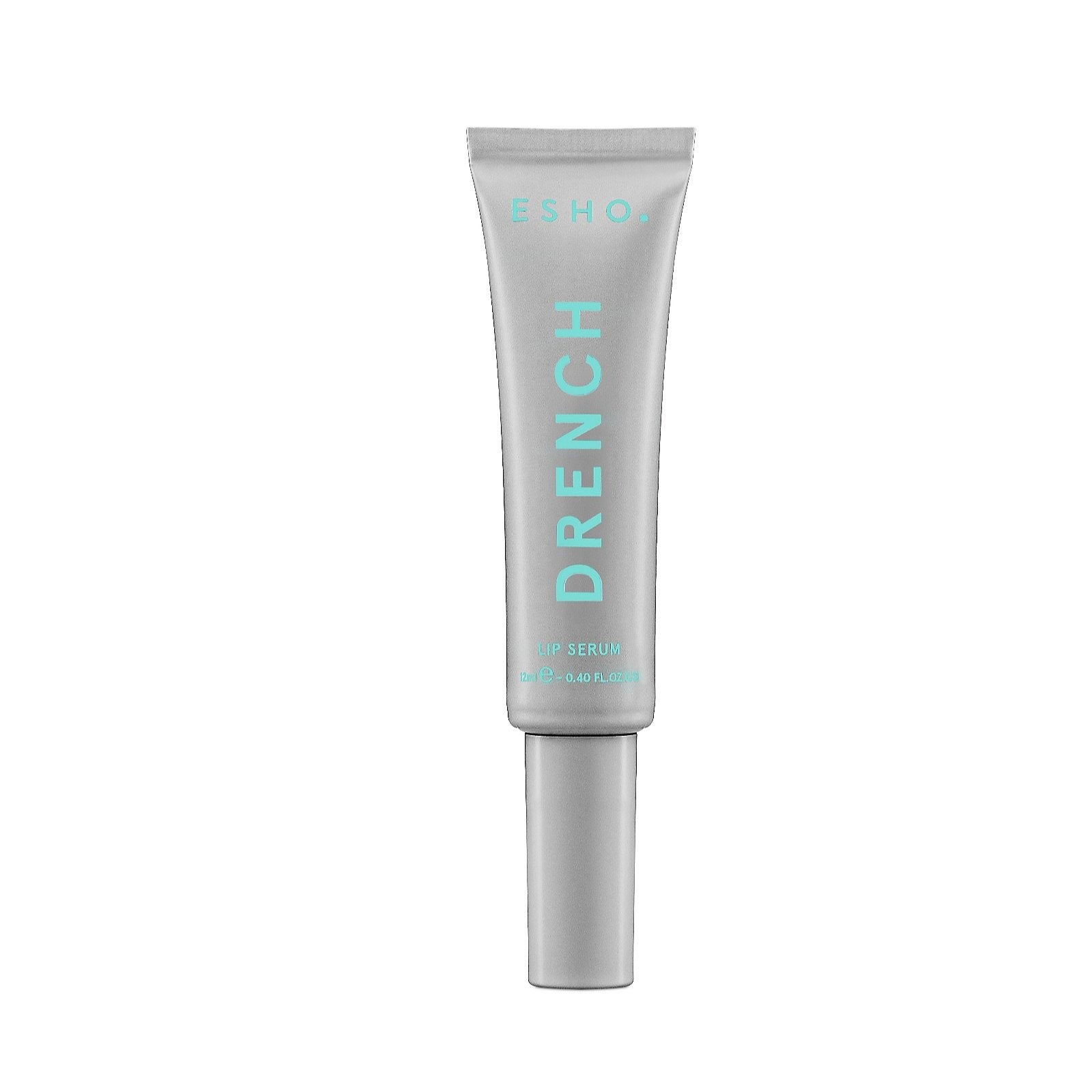 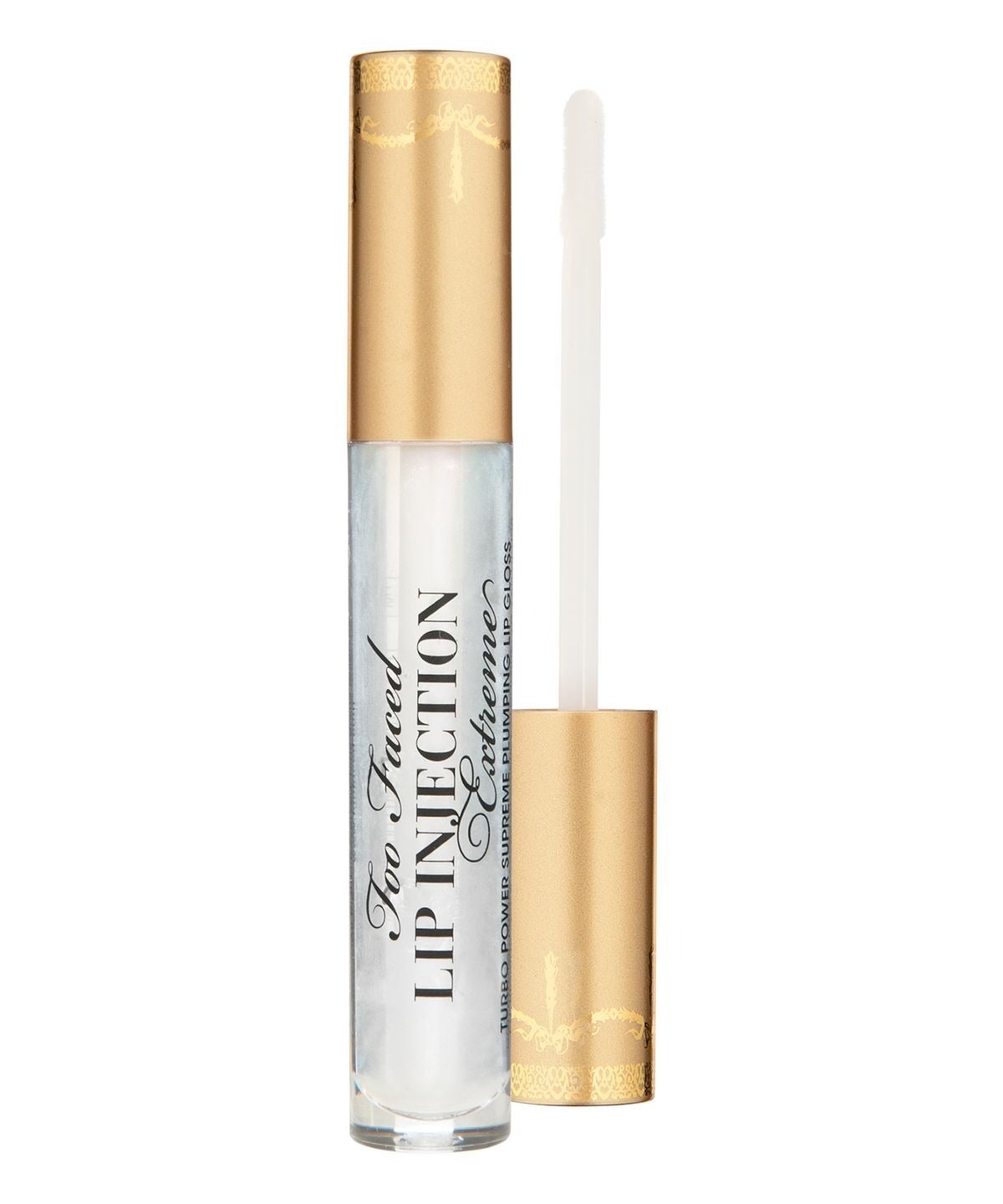 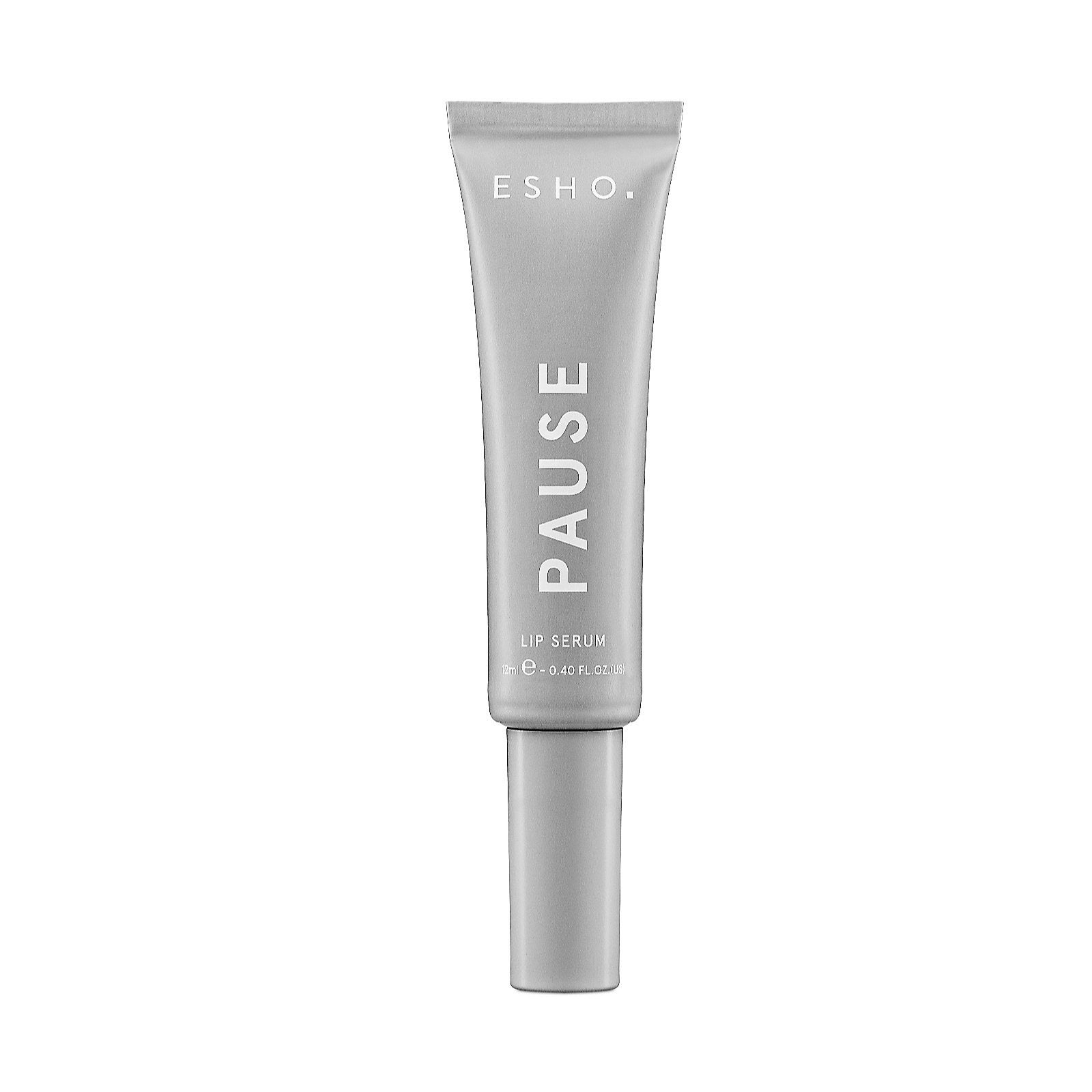 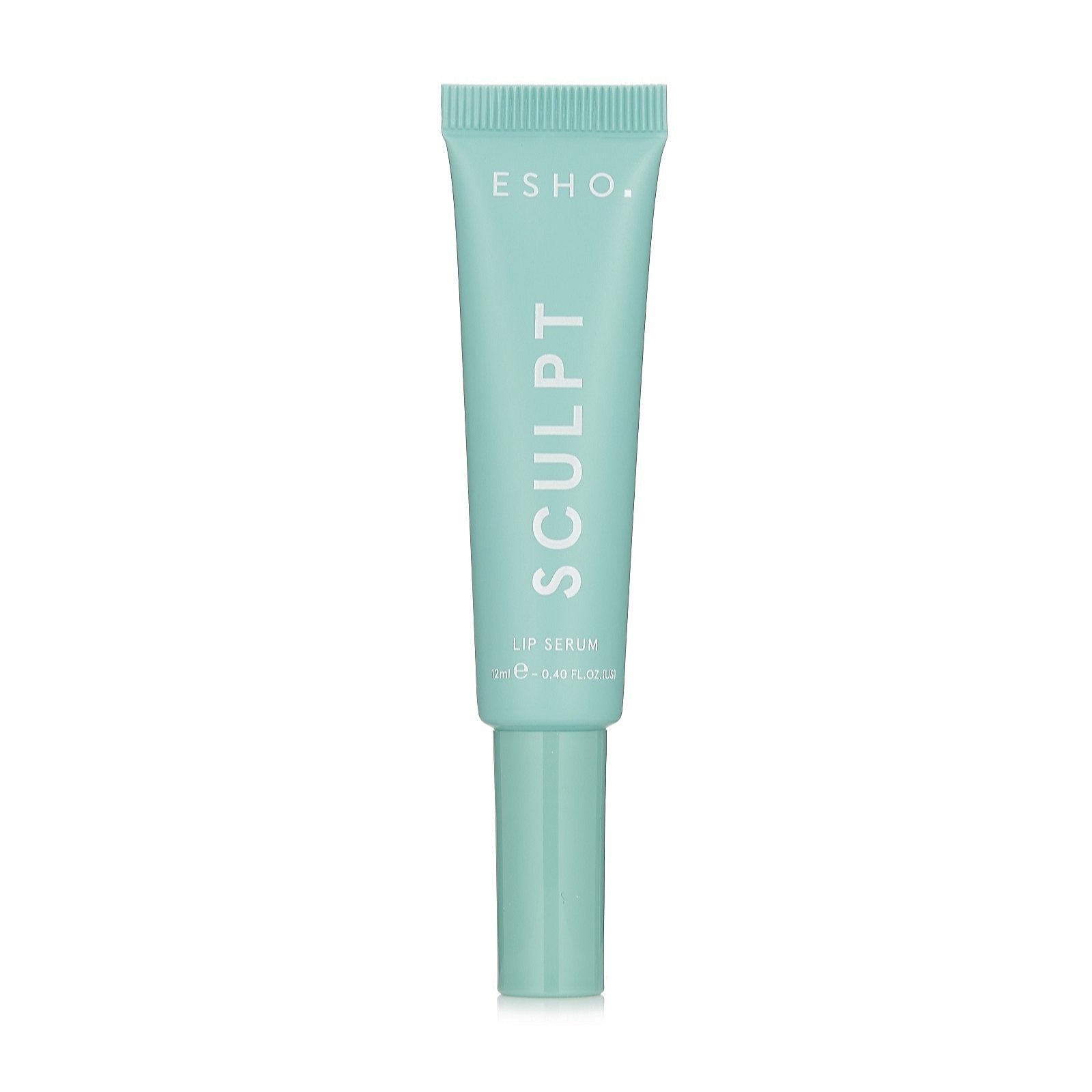 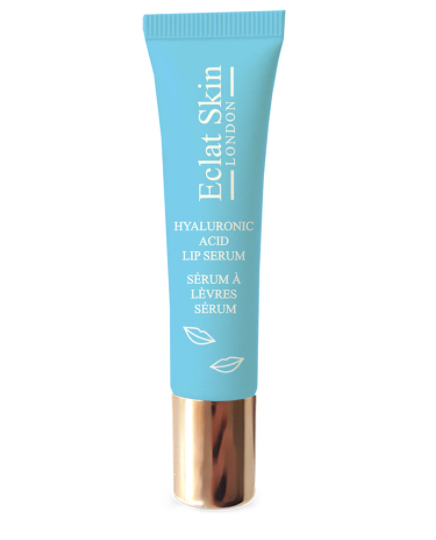 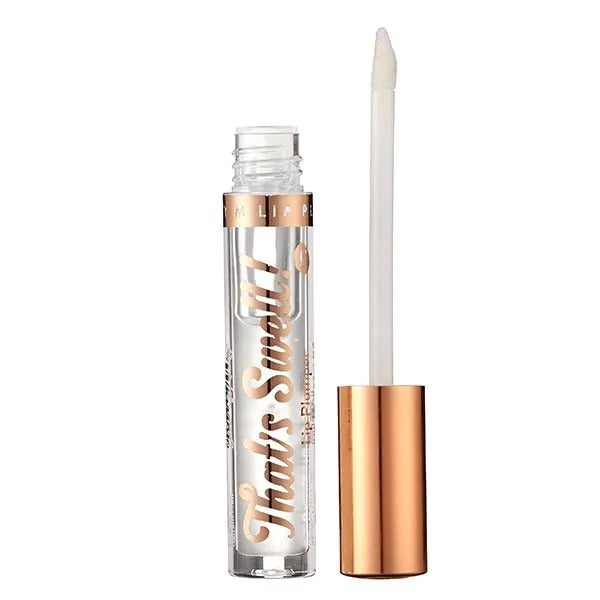 Barry M
That's Swell Lip Plumper
£4.99
Superdrug
Refinery29's selection is purely editorial and independently chosen – we only feature items we love! As part of our business model we do work with affiliates; if you directly purchase something from a link on this article, we may earn a small amount of commission. Transparency is important to us at Refinery29, if you have any questions please reach out to us.
Beauty
The Natural Hair Community Can Be Toxic For Women With 4C Hair
YouTube is where many of us turn when we’re in need of a tutorial. From learning how to assemble furniture to nailing a box braid, it has our back fo
by Keeks Reid
Beauty
13 Hot Hair Colour Trends Taking Over London Salons This Summer
by Jacqueline Kilikita
Beauty
14 Vegan Beauty Brands To Transform Your Daily Routine For The Be...
Once upon a time, finding vegan beauty products was a real chore. Vegan-only brands were rather niche, more closely associated with the food industry and o
by Esther Newman
Advertisement
Beauty
5 Simple Tips To Make Your Perfume Last So Much Longer
Dear Daniela, What can I do to stop my perfume disappearing so fast? One of my favourite things about summer is wearing tropical fragrances that remind me
by Daniela Morosini
Beauty
TikTok Says Micellar Water Makes Shampoo Clean Better, So I Tried It
Welcome to Beauty In A Tik, where each week we put TikTok’s viral beauty hacks and innovative trends to the test. When it comes to haircare tips, Tik
by Jacqueline Kilikita
Beauty
This Top-Rated Serum Is Miracle Grow For Lacklustre Lashes
I know plenty of people will claim to have paltry eyelashes but I genuinely do. Not only are my lashes short and stick-straight (common for many AAPI folks
by Jinnie Lee
Beauty
This Is What Jake Gyllenhaal’s House Smells Like
To say I was amped to meet Jake Gyllenhaal would be an understatement and leave out the fact that I had teary eyes when I FaceTimed my friend to tell her a
by Megan Decker
Beauty
How Realistic Is The New Obsession With ‘Jello Skin’?
From ‘glass skin‘ (skin so dewy, it’s almost reflective) to ‘cloud skin‘ (matte with a touch of glow in all the right places)
by Jacqueline Kilikita
Beauty
Smells Like Summer: 10 Of The Best New Season Perfumes
by Esther Newman
Beauty
No One’s Using Retinol Anymore — Because This Ingredient Is...
From mandelic acid to niacinamide, it seems there’s a new glowy skin ingredient to get your head around every week. Some exfoliate and others plump u
by Jacqueline Kilikita
Unbothered
I Didn’t Think I Needed Self-Tanner Until I Tried This Vira...
Haven’t you heard? The future of luxury beauty is Black. Beauty & The Bag is a guide that keeps a close eye on high-value skin, hair and ma
by L'Oréal Blackett
Beauty
Finally, Women Of Colour Are Joining The Spray Tan Party
Spray tanning is one of those beauty trends I forgot about — like, up until a few months ago, I thought it was a relic from the Jersey Shore-dominated cu
by Amanda Mitchell
Advertisement
Advertisement