Skip navigation!
Story from Trend Tracker
If you want to see how far a fashion editor’s eyes go back, try and recite the cerulean speech at her. There is no fashion quotable that is more widely referenced, referred to, and used to “explain” “fashion” than the speech that Meryl Streep’s character, Miranda Priestly, makes in 2006’s The Devil Wears Prada, when she chastises her assistant for assuming that there wasn’t a meaningful difference between two nearly identical blue belts.
As laid out in the scene, trends begin within one designer collection, and then followed up by other designers who offer their own interpretations. “In 2002, Oscar de la Renta did a collection of cerulean gowns,” Priestly editrixplains. “And then I think it was Yves Saint Laurent who showed cerulean military jackets.” From there, a group of editors at glossy magazines determine which trends are worthy, which will inform department stores how to stock their shelves. Finally, “tragic Casual Corners” — or fast-fashion retailers, in 2017-speak — will dilute the trend to its frowsiest versions for the Andy Sachs of the world. Through it all, the puppet strings are pulled by fashion editors, jerking around those among us whose pockets aren’t deep enough for designer-designer. According to the cerulean speech, a blue sweater isn’t just a garment. It’s fascism.
Advertisement
It’s a speech that many people credit as the moment that they finally understood how the fashion industry works and why it matters. You yourself might think about it every time you encounter a wonky trend you can’t believe made it onto the racks. The “trickle-down” system the quote paints designers, magazines, and retailers in a symbiotic relationship as calculated as the outfits those orchestrating the charade always seem to be wearing. The quote is fashion at its most cynical and its most enlightened.
Unfortunately, it is also wrong.
Trickle-down fashion is the dominant theory of how the trend food chain works. And even though outlets like The New York Times dismissed the speech as oversimplistic when the movie first came out, the convention has somehow endured. “It is outdated,” says Red Godfrey, VP of the Nordstrom Fashion Office. “There is a complete mashup and melding of things at the moment, and it’s very difficult to apply a single timeline.”
Social media has replaced traditional media as our go-to form of entertainment. Retailers are able to rely on e-commerce to track consumer shopping trends to inform their fashion trends. And, frankly, our appetite for fashion as an escape, a subject, recreation, and form of expression have amplified in recent years. Fashion is as much a product of us as a product for us.
That’s not to say that trends just miraculously appear at Zara, a ruffled floral blouse from the primordial ooze. There’s a process, and it’s worth understanding if you like to know why it is you’re wearing a blue sweater, and if some lady with a severe haircut in a glass room made that decision for you. Good news: You’re no puppet. What’s actually happening doesn’t look so much like this (?), as it does this (?).
Advertisement
So — let’s retire the cerulean speech. Here’s what’s actually going on: 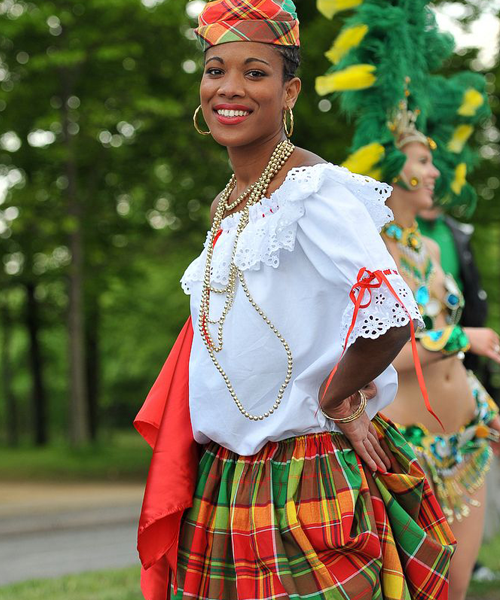 A Creole dress from Martinique 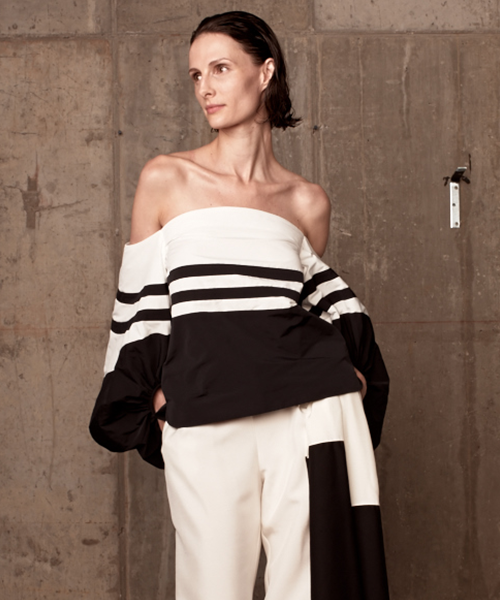 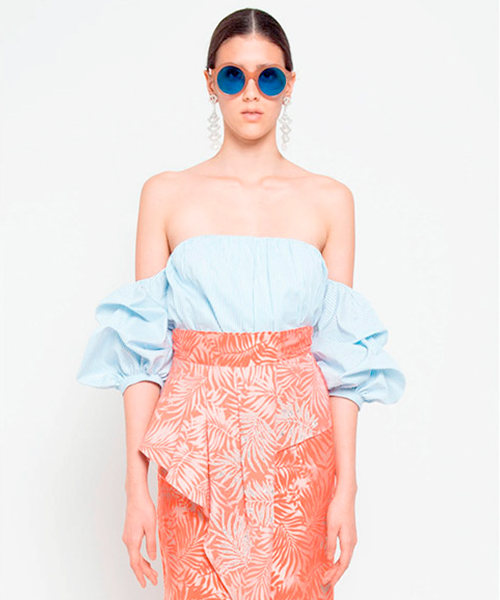 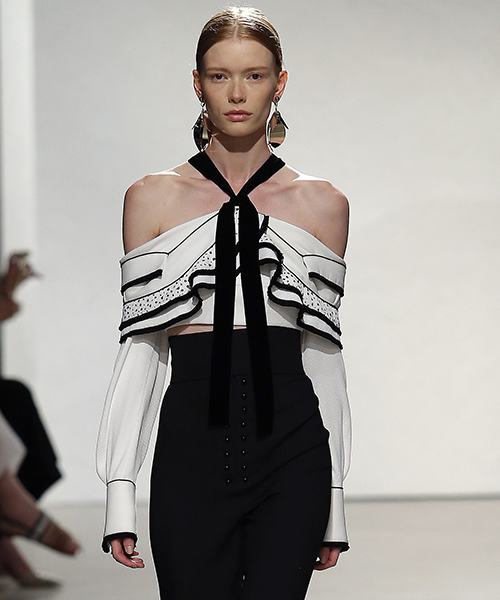 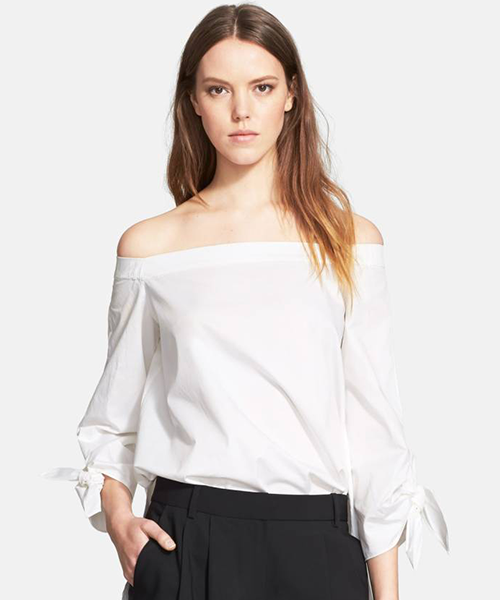 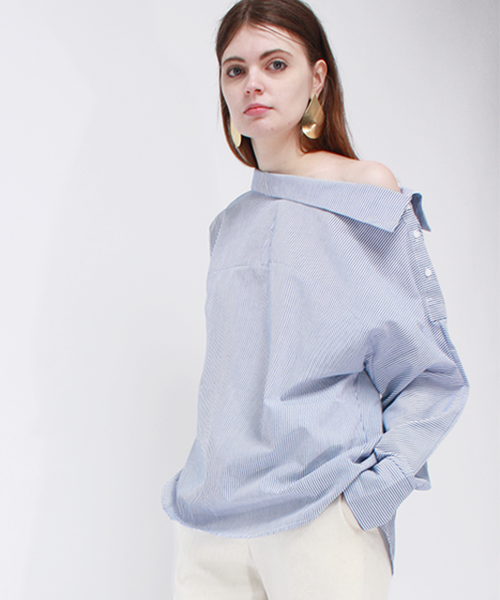 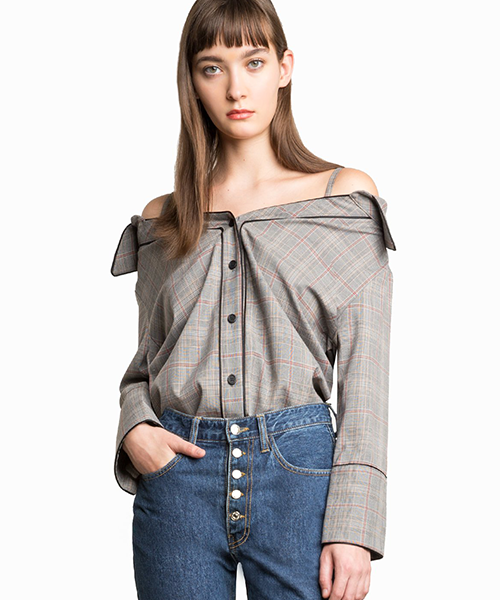 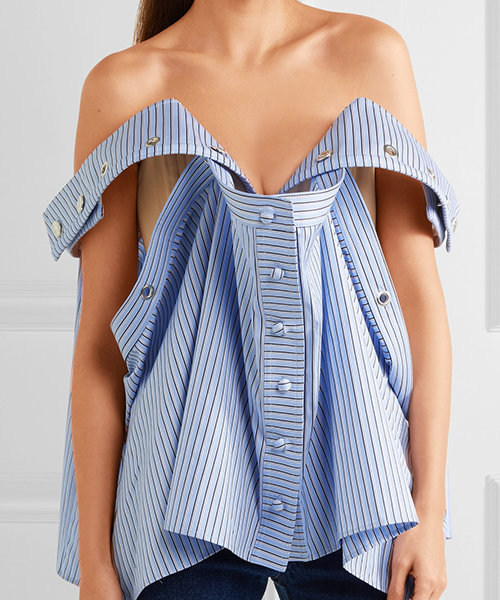 Y Project
Phase Five: Flaming Out
All good things come to an end. Some trends, like skinny jeans, have been burning for over a decade. Others like peplums blazed bright for a couple seasons before being completely extinguished. The key to longevity is the difference between trends that read as frivolous and those that appear as the better option to what already exists — it’s minimalism versus athleisure, slip dresses versus sneakers, and baby bags versus backpacks. Some trends become so big that they then just become staples; we’ll be wearing jeans, bikinis, leather jackets, and leopard print until we’re all living in space pods in matching jumpsuits.
Advertisement
The flame-out theory takes into account the very real and very persuasive tech-driven hype machine. It doesn’t ignore how savvy “casual corner” stores are to the actual wants and whims of consumers. And, it takes into consideration the complicated acts of theft between people, companies, and brands that need to happen in order to coax the general consumer to consider clothing items as fashion trends. It is also how food trends, media trends, and music trends are generated — they can happen without a prescient runway designer or an all-powerful Miranda Priestley.
In the 2006 NYT article about the movie, Eric Wilson points out that the specific cerulean references — Oscar de la Renta’s 2002 collection and Yves Saint Laurent’s subsequent show — didn’t actually happen. “In 2002, de la Renta showed Russian Cossack hats, lavishly embroidered coats trimmed with fur and some beautiful pale pink and gold gowns, but no cerulean. Saint Laurent announced his retirement in January that year; his final couture collection was a retrospective. Tom Ford, who was then designing YSL ready-to-wear, was busy making leopard-print caftans and black velvet skirt suits.”
In fact, the trends that Oscar de la Renta and Tom Ford presented in those collections were part of the machine that helped fuel a half-decade’s obsession with the Victorian aesthetic — recovered velvet blazers and brocade pants, deer-head mounts and hipster men with mustaches. While it may have started within indie music communities and thrift-store aesthetics, it quickly spread beyond to high-fashion runways, mass retailers, and pop culture at large. It was the aesthetic that led to a very distinctive “Brooklyn” look — it’s The Dresden Dolls and Panic! at the Disco and half of all the bespoke cocktail bars you’ve been to. While cerulean may have indeed been a minor trend, this Williamsburg Victoriana look that romanticized nostalgia has largely come to characterize alternative culture in the mid 2000s.
Advertisement
The cerulean speech tells a good story. But what really happens, as always, is a better one.
Related Video:
Advertisement
Shopping
A Clog-Shopping Guide: The Good, The Rad & The Fugly
by Emily Ruane
Fashion
These Will Be The Biggest Fashion Trends Of 2022 — Shop Them Now
by Laura Lajiness Ka...
Engagement Rings
7 Engagement Ring Trends That Will Be Big In 2022, According to E...
Pairing the notion of a fashion trend with something as long-lasting as an engagement ring can seem counterintuitive — the latter is equated with timeles
by Nicole Kliest
Advertisement
Fashion
Logomania 2.0 Is One Of 2021’s Defining Trends
Earlier this year, Gucci and Balenciaga “hacked” each other’s collections in an attempt to push beyond the boundaries of conventional brand collabora
by Frances Solá-Sant...
Fashion
It’s Party Shoe Season: What Makes A Festive Pair?
Whether you’re making an entrance at a glitzy holiday soirée or dressing up at home just because, the ability to safely toast the season is reason enoug
by Jenn Barthole
Fashion
Move Over Sequin Dress, This Holiday Season It’s All About The Pa...
To most, the December soundtrack of yuletide tunes and jingle bells signals the fast-approaching, snow-dusted end to yet another year. But to anyone who lo
by Amanda Randone
Fashion
Slope Style Is The New Street Style: Why Après Ski Is Trending Th...
Last year, when the first House of Gucci cast photo — featuring Adam Driver and Lady Gaga in ‘80s-style winter outfits — emerged online, it forecaste
by Frances Solá-Sant...
Denim
Welcome Balloon Pants: The Denim Trend That’ll Convince You...
It’s been a difficult year for skinny jeans lovers. In February, TikTok, Gen Z’s go-to platform, declared the It denim trend of the ‘00s “uncool”
by Frances Solá-Sant...
Fashion
From Footpath To Front Row: Why The Hiking Boot Will Be Winter’s ...
After a year-long blur of evolving restrictions coated in copious amounts of hand sanitizer and doom scrolling, one of our main takeaways from 2021 is that
by Amanda Randone
Designers
The ‘90s Skirt Suit Is Back & It’s Shorter Than You Remember
Since first entering the fashion lexicon in the 1920s, thanks to Chanel, the skirt suit underwent little change over the years. In fact, it wasn’t until
by Frances Solá-Sant...
Unbothered
6 Fashion Pieces R29Unbothered Is Loving This Fall
by Venesa Coger
Most Wanted
25 Trench Coats That Prove There Are Many Ways To Rock The Trend
by Alejandra Salazar
Advertisement
Advertisement
Discover
R29 Stories & News
Watch
R29 Original Series & Films
Shop
R29's Most Wanted