Skip navigation!
Story from Fashion
Photo: Phil Bray/Paramount/Miramax/Kobal/Shutterstock.
As the pandemic has forced many to cancel travel plans this summer, including me, I have taken to watching films featuring what I consider peak vacation style instead. It didn't take long for me to hit play on The Talented Mr. Ripley.
While costuming plays a big part in every film, clothes — more specifically, what they say about the people that wear them — carry the plot of the Talented Mr. Ripley. It is, after all, a Princeton jacket that sets the Anthony Minghella thriller into motion: When Dickie’s (Jude Law) dad, a shipping magnate, sees Tom Ripley’s (Matt Damon) blazer, which he borrowed for a high-society event in New York, he quickly enlists him to bring his son back from Italy after assuming they were classmates. As the story takes a turn for the darker, it’s the well-tailored clothes and a gold pinky ring that help Tom steal Dickie’s identity. Yet it’s Marge, Dickie’s girlfriend (Gwyneth Paltrow), who wears one of the most understated items of clothing in the film — a white linen shirt — a fact I was reminded of as I was simultaneously flipping over my closet for the summer and watching the film.
Advertisement
While aesthetic details — and Dickie’s (and then Tom’s) obsession with them — define the men of the film, Marge appears less concerned about her appearance while vacationing in the Italian Riviera. As a wealthy ‘50s socialite, Marge could have brought a cart-load of suitcases with her (much like Cate Blanchett’s character), and yet her looks appear to have come out of a single bag that could belong to any woman of the time. In a move that feels modern (at least for those of us who can’t justify paying for checked-in luggage), Marge appears like someone who put careful thought into packing, adding a versatile item like a white button-down shirt that could go from being paired a skirt and capris to serving as a cover-up on the beach.
Marge first appears in the style while hosting a garden lunch. Worn over an embroidered peach dress, the shirt is unbuttoned and casually knotted at the waist. Appearing thrown on to fight off the afternoon breeze, it also enhances the most interesting detail of the dress: an embroidered neckline.
Photo: Phil Bray/Paramount/Miramax/Kobal/Shutterstock.
It’s the epitome of Mediterranean vacation chic (more recently, Daisy Edgar-Jones exemplified this look in the episode of Normal People in Italy). Marge next throws a white shirt over her high-waisted swimsuit, which she also repeats from the first beach scene, while on a boat. While this may seem like a practical alternative to bringing a cover-up while on vacation, her intentional styling of the shirt becomes apparent in one of the next scenes. While walking around the town with the two men, Marge leaves yet another shirt open in a wrap-style front to showcase her swimsuit top while wearing a flowy floral skirt in a look that’s clearly not intended for the beach.
Advertisement
Photo: Phil Bray/Paramount/Miramax/Kobal/Shutterstock.
To make the look even more versatile, she adds hair accessories throughout the film, wearing a headband with her hair down for the lunch scene and a scarf-tied ponytail for a walk with Tom.
Photo: Phil Bray/Paramount/Miramax/Kobal/Shutterstock.
It was an interesting choice to dress Marge in an item that appears repeated — even more so when considering the scene in which Dickie criticizes Tom for washing the one shirt he owns — and one that sets her apart from the world of the men who are more concerned with the clothes people are wearing, rather than what these clothes can conceal about a person. While she can afford to wear anything that she wants to, she’s most at ease in a simple shirt that says less about her place in society than the clothes she wears when she leaves the sleepy seaside town and re-enters society in Rome — which is when I usually stop watching the film for the summer inspiration.
As I found myself reaching for my own linen white shirt, I was reminded of the timelessness of the style, that can now be found in any budget range and at any retailer. A white maxi skirt came out of the box next. The coast of Italy may not be in our futures, but, by the powers of the linen white shirt and Marge’s style, we can all be transported there right now.
At Refinery29, we’re here to help you navigate this overwhelming world of stuff. All of our market picks are independently selected and curated by the editorial team. If you buy something we link to on our site, Refinery29 may earn commission.
shop 10 products 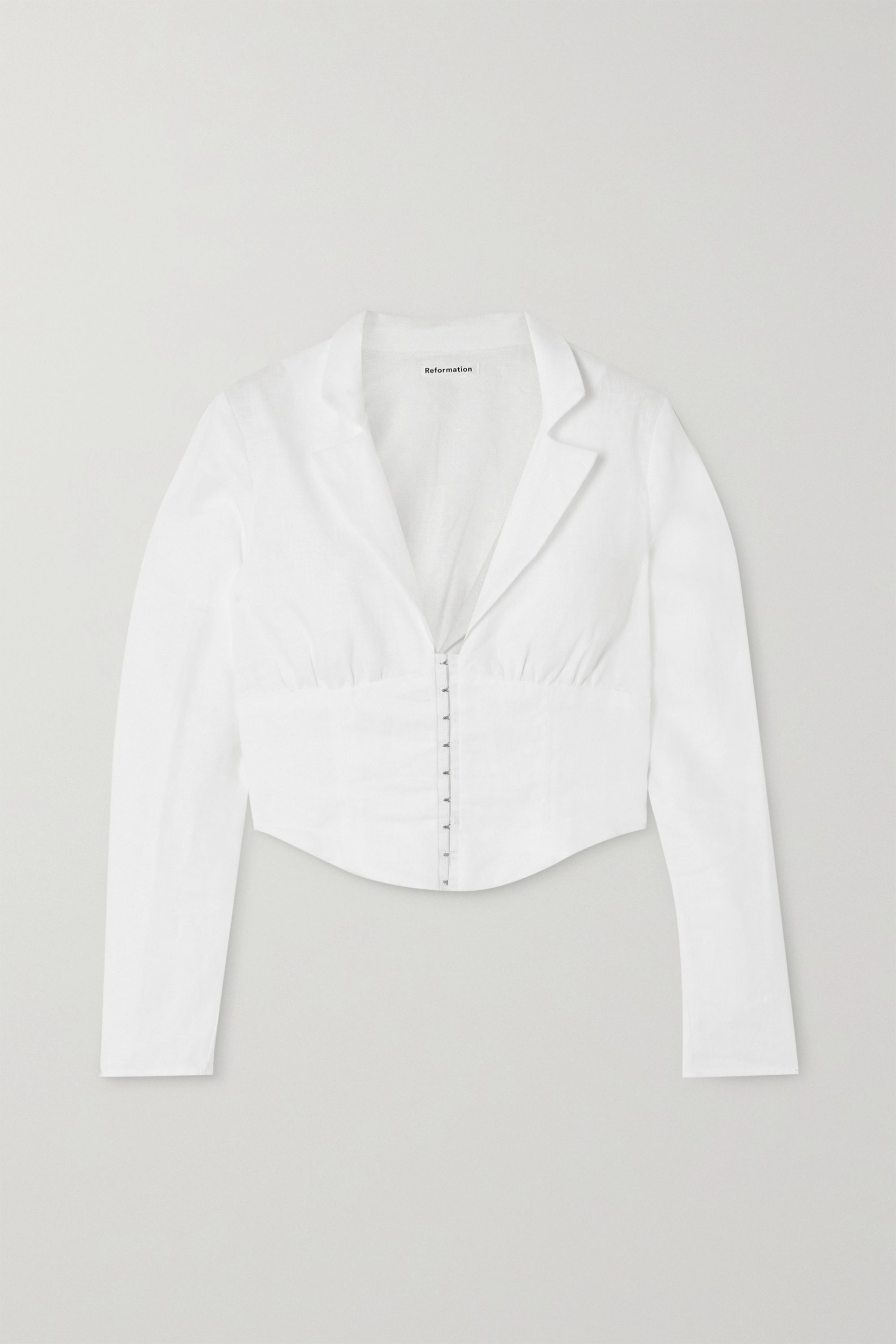 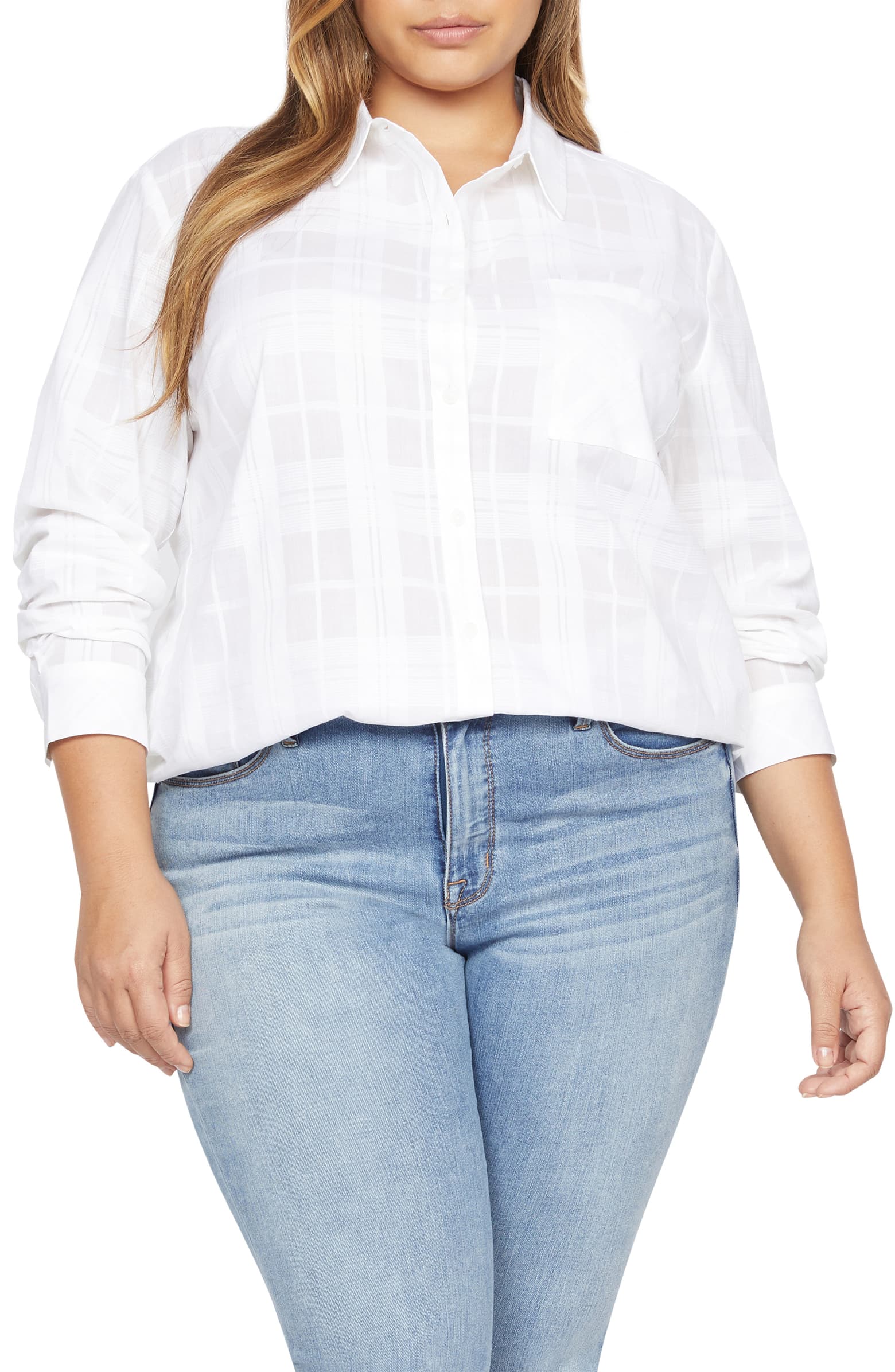 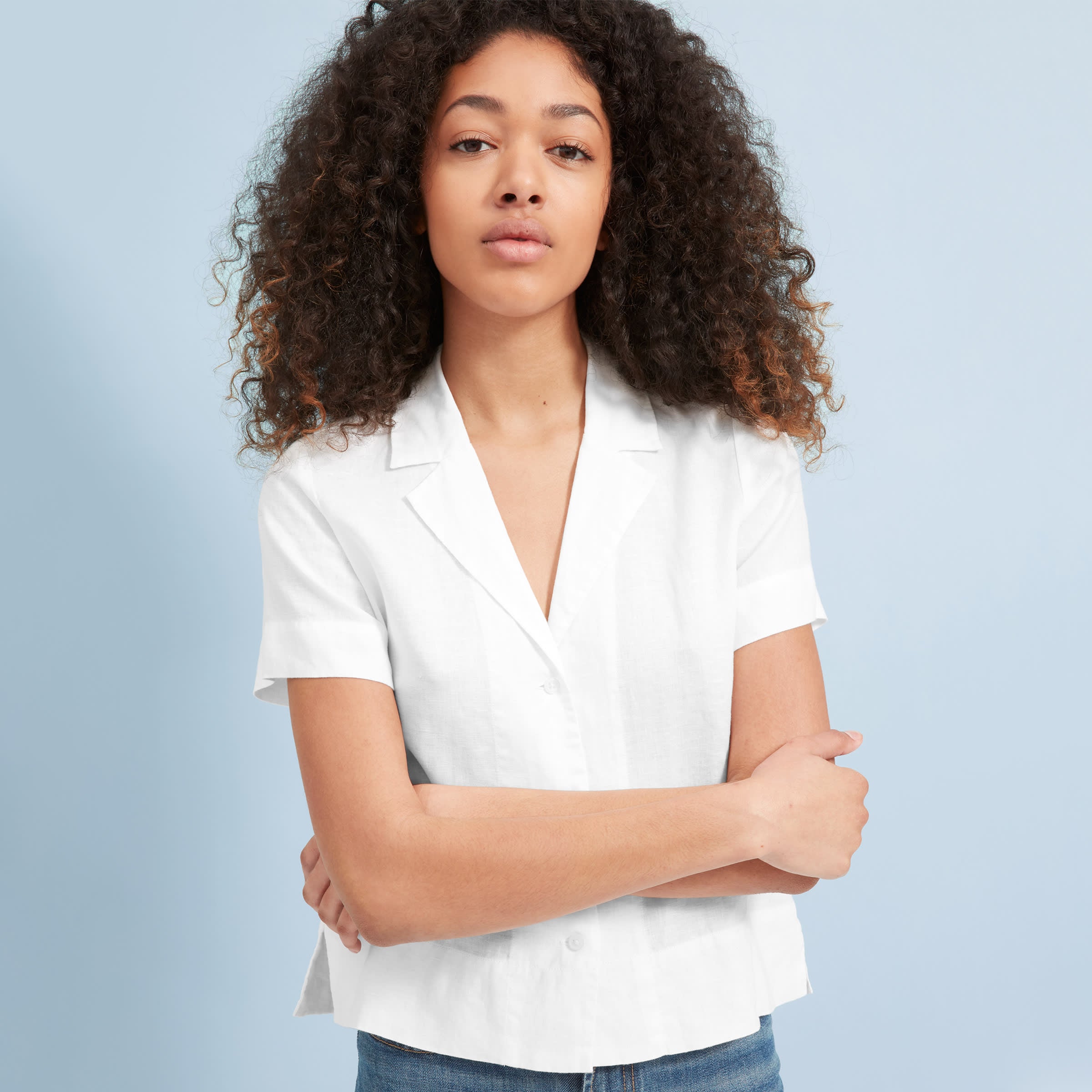 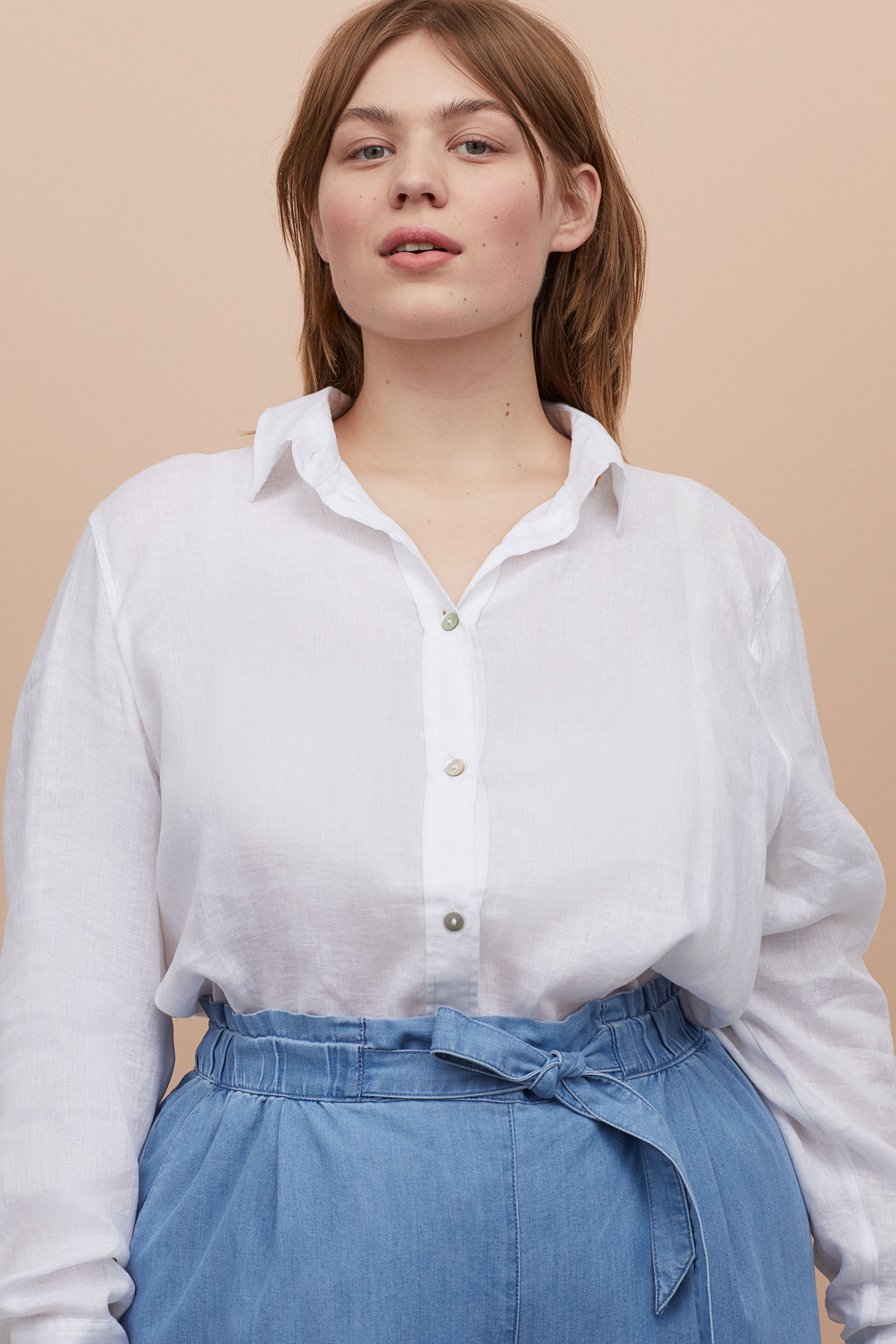 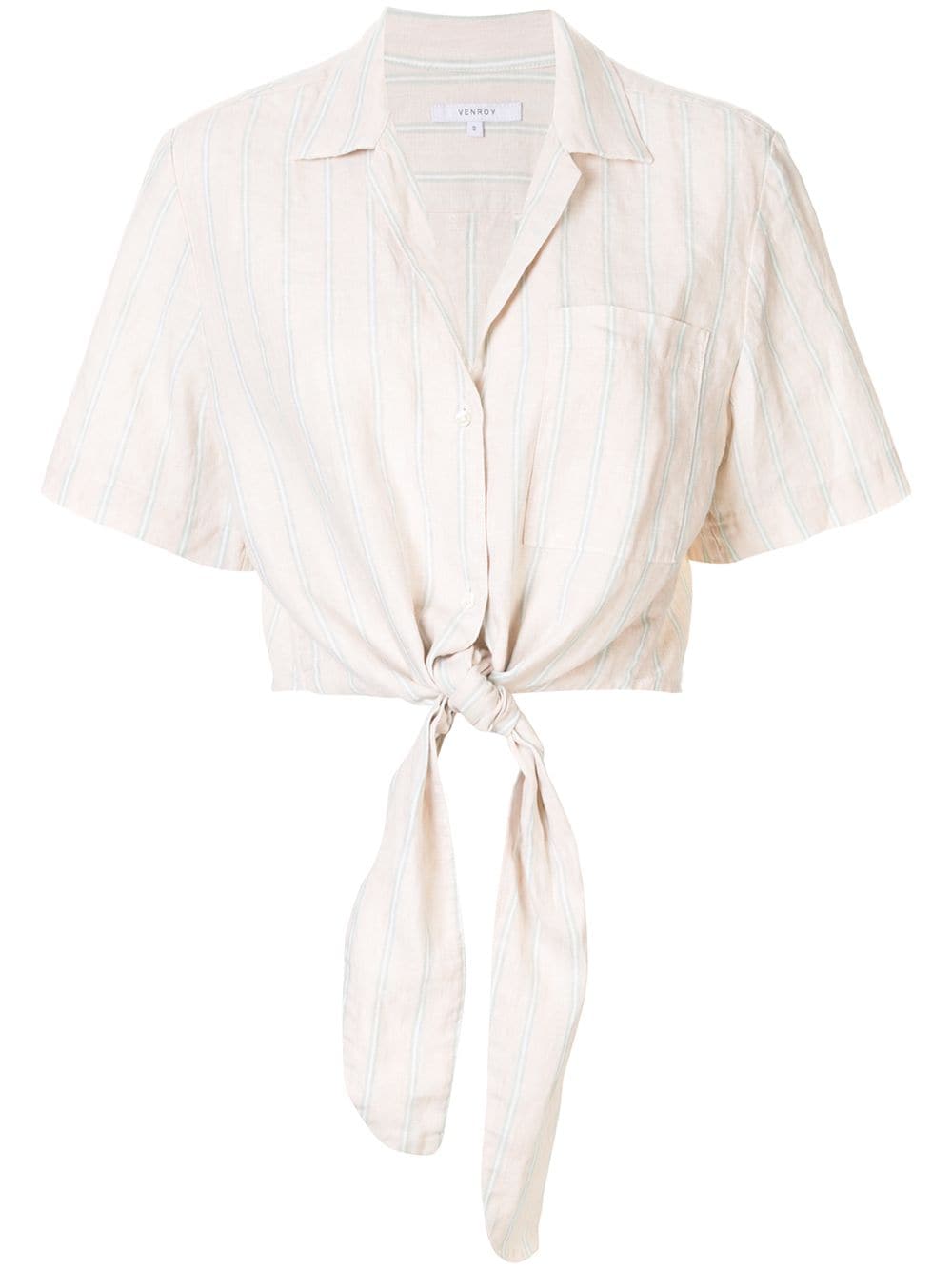 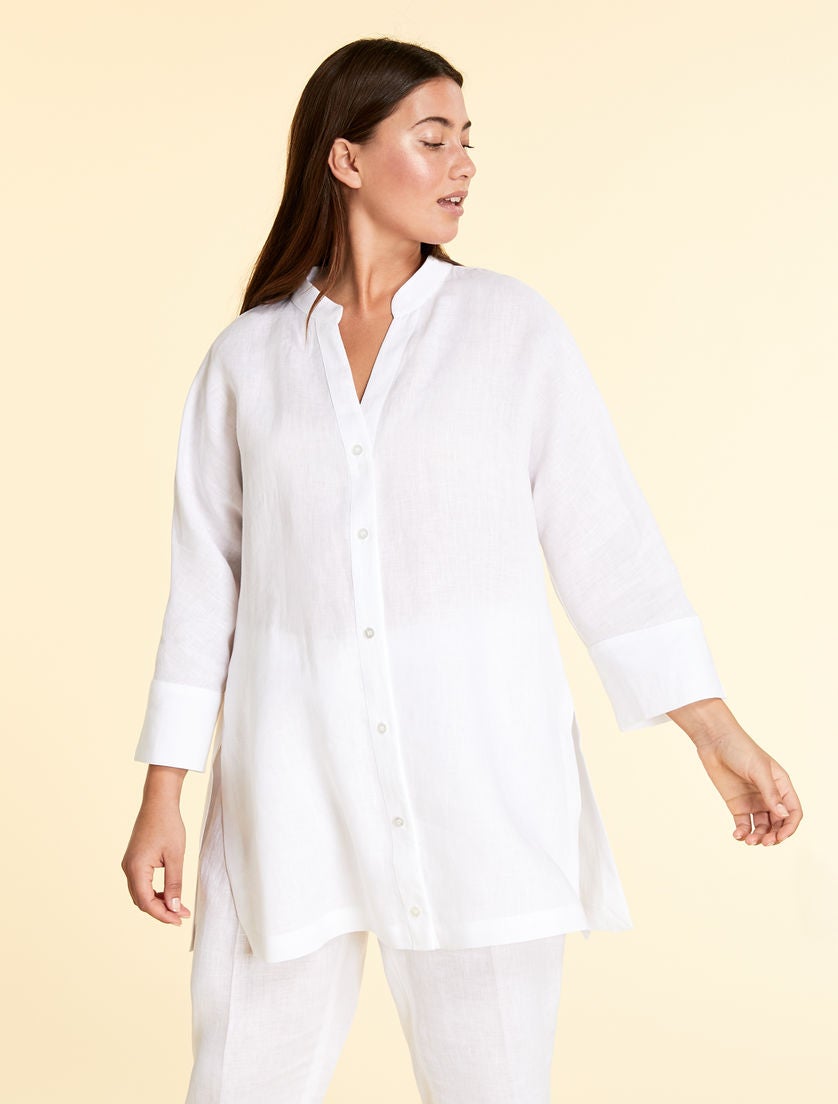 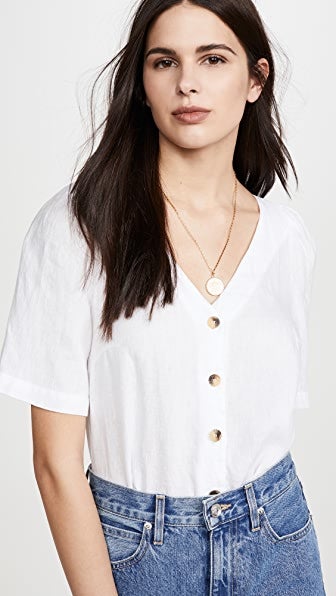 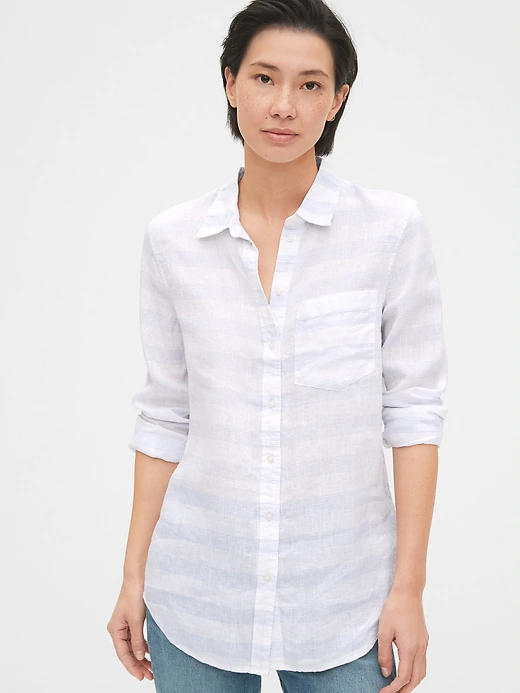