Skip navigation!
Story from Style
Photo: Raymond Hall/GC Images.
One week after photos surfaced of Kanye West and Irina Shayk together in France, the supermodel was spotted again — this time, in New York City sans West. For a stroll through Soho, Shayk chose to wear not one, but two of fashion’s most talked-about (and controversial) trends.
Shayk opted for a black, Bridgerton-inspired corset by Are You Am I and a pair of low-rise, straight-leg jeans from Frame. She then added a leather blazer, pair of black combat boots from Both Paris, a sold-out white Burberry cross-body bag, Celine sunglasses, and jewelry from Chrome Hearts and Missoma.
Advertisement
Corsets like Shayk’s have been trending for months now thanks to the Regency-era Netflix drama that was released in December. Since, celebrities have hopped aboard the trend, including Billie Eilish, Katy Perry, Dua Lipa, Miley Cyrus, and more. But while we’ve seen our fair share of celebs wearing the lingerie-style silhouette on red carpets and glossy magazine covers, we haven’t yet seen one on the streets.
Photo: Gotham/GC Images.
More controversial than her bustier are her jeans though, and not only because they’re straight-leg. Rather, it’s the ultra-low rise. The style, which first became popular in the late ‘90s and early ‘00s, is gearing up for a major comeback in 2021, despite the fact that many swore they’d never wear a pair on ever again. Only time will tell if the masses, including the most adamant of low-rise haters, will change their minds.
Shop what's available of her look, below. 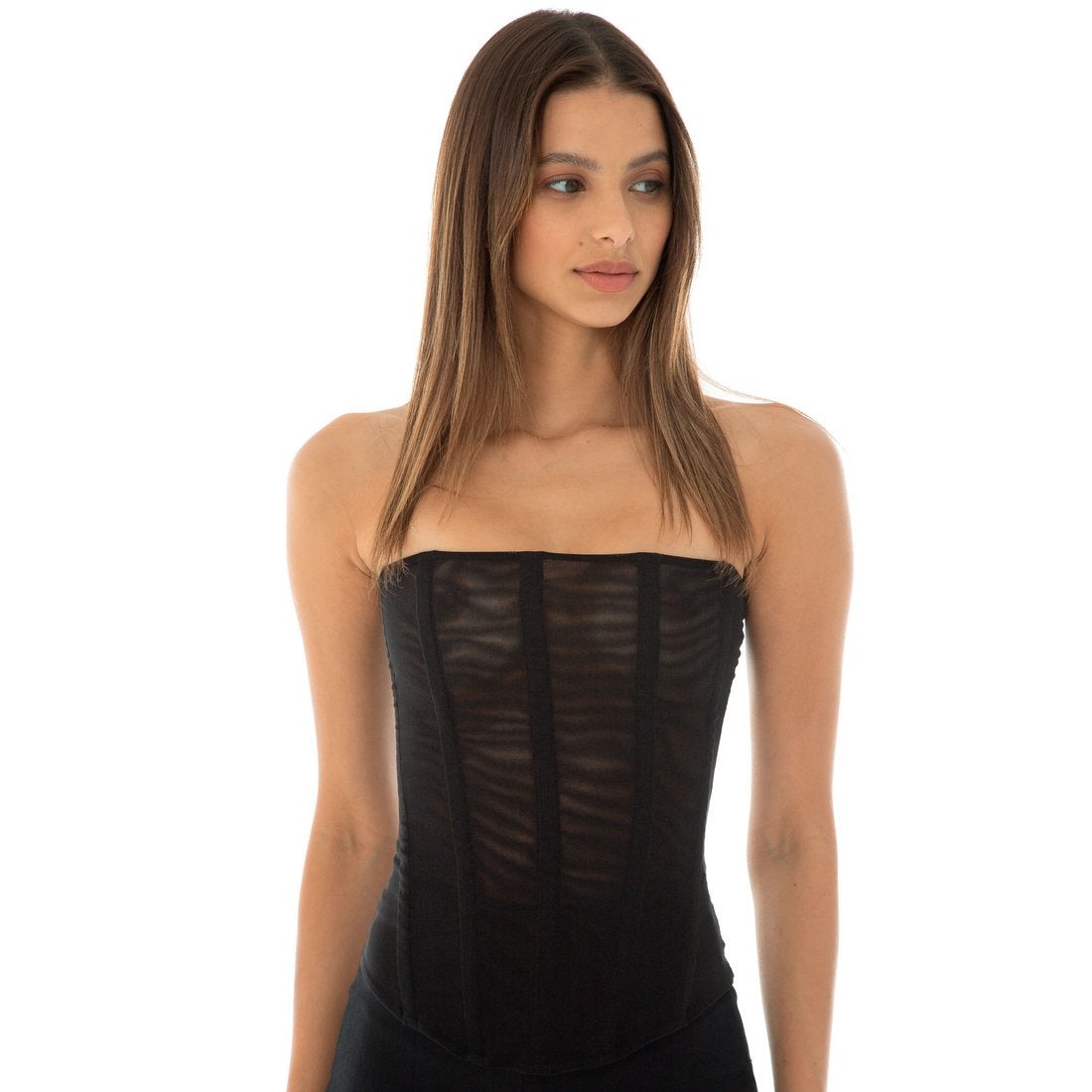 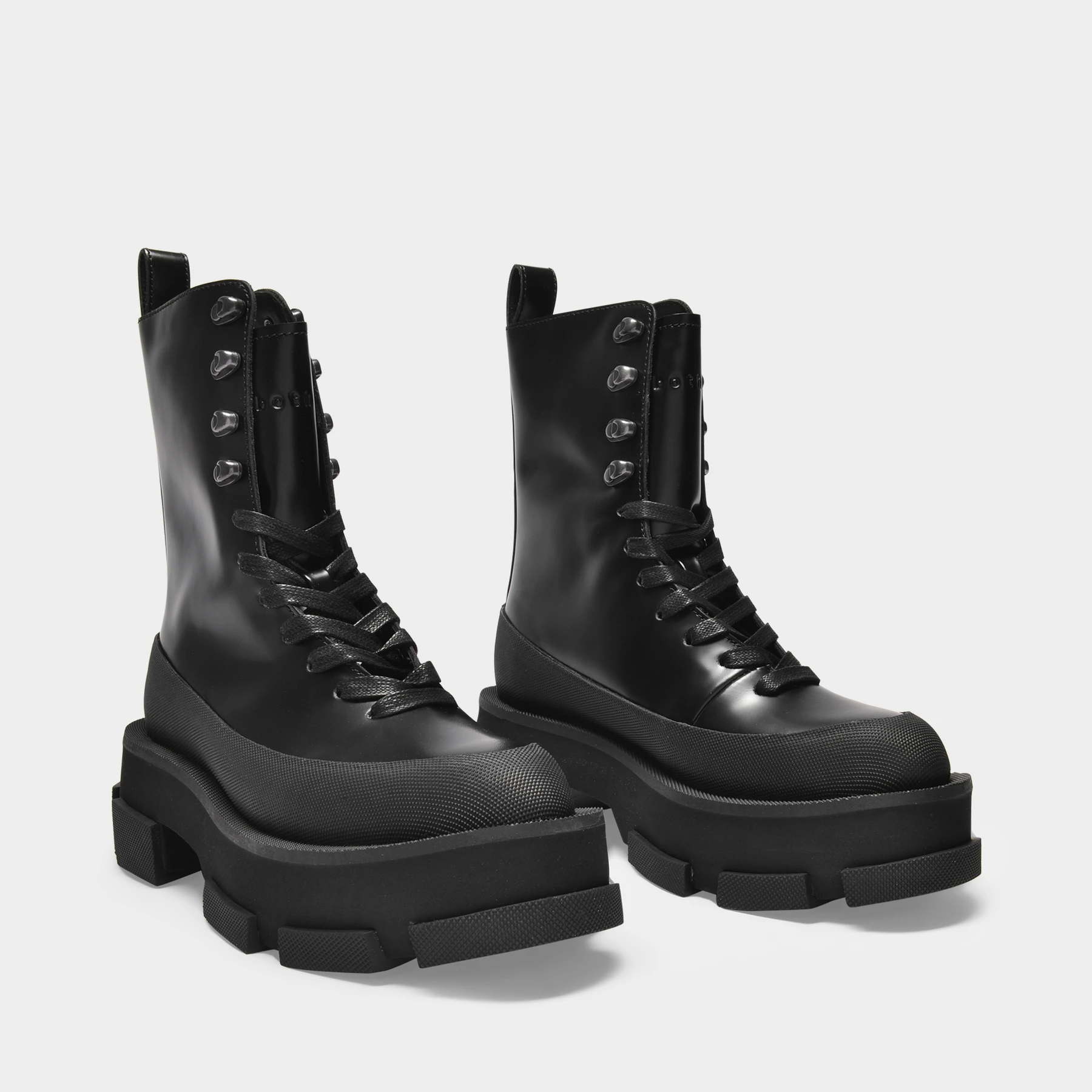 Both Paris
Gao Platform High Boots
$360.00$600.00
Monnier Freres
At Refinery29, we’re here to help you navigate this overwhelming world of stuff. All of our market picks are independently selected and curated by the editorial team. If you buy something we link to on our site, Refinery29 may earn commission.
Somos Latinx
In Celebration of Tatyana Ali’s ‘90s Fashion Looks
When The Fresh Prince of Bel-Air hit television screens on September 10, 1990, young viewers weren’t just howling with laughter at the smart humor of the
by Naydeline Mejia
Fashion
Kahlana Barfield Brown On Shopping Secondhand & Why Jeans Go With...
Style and beauty expert Kahlana Barfield Brown is an avid thrifter. If you follow her on Instagram, you know that her styling videos and fashion photos oft
by Venesa Coger
Celebrity Style
You Can Now Shop Carrie Bradshaw’s Fendi Baguette From A...
Update: Fendi has now re-issued Carrie Bradshaw’s famous purple, sequined Baguette bag, following the release of And Just Like That… on HBO Max
by Frances Solá-Sant...
Advertisement
Unbothered
What Black Creators Can Learn From Signed, Blake
S
by Venesa Coger
Style
This Reformation Dress Sold Out After Taylor Swift’s TikTok Debut...
Taylor Swift made her TikTok debut on Monday in a big way. First, she announced that Red (Taylor’s Version), the re-released edition of her 2012 album Re
by Eliza Huber
Style
Zoë Kravitz Wore The Perfect Summer Dress — & Yes, It’s Still Ava...
If you spent the entire weekend thinking about Zoë Kravitz and Channing Tatum’s rumored relationship after the two were spotted sipping iced coffees tog
by Eliza Huber
Beyonce
Beyoncé Channeled Audrey Hepburn In A 128-Carat Diamond Necklace
One of Breakfast at Tiffany’s most memorable scenes features Holly Golightly (Audrey Hepburn) singing Henry Mancini’s “Moon River” while strumming
by Frances Solá-Sant...
Style
Katie Holmes’ Latest Look Includes A J.Lo-Approved Quarantine War...
Like us, Katie Holmes wants to dress like J.Lo. This week, the Dawson’s Creek alum was spotted strolling through downtown Manhattan, wearing a black Cham
by Eliza Huber
Engagement Rings
We Finally Caught A Glimpse Of Sophia Bush’s Square-Cut Eng...
It’s been a week since Sophia Bush made her engagement to entrepreneur Grant Hughes Instagram official. Now, she’s showing off her ring.  On Tuesd
by Frances Solá-Sant...
Style
Rihanna Wore Ripped Low-Rise Jeans With Pearls At The Supermarket
Now this is a billion-dollar look. On Sunday, Rihanna was spotted leaving her local New York City Whole Foods wearing the ultimate high-low ensemble. On th
by Eliza Huber
Style
Megan Fox Wore A Pin Top With Summer’s Most Ubiquitous Trend
With stamps of approval already pressed and sealed from Bella Hadid, Hailey Bieber, and Ariana Grande, it was only a matter of time before another celebrit
by Eliza Huber
Style
Rihanna Wore TikTok’s Favorite Going-Out Top With Low-Rise ...
Rarely does Rihanna succumb to fads, likely because she’s often the one starting them. Yet, the billionaire fashion-beauty mogul’s latest look featured
by Eliza Huber
Advertisement
Advertisement
Discover
R29 Stories & News
Watch
R29 Original Series & Films
Shop
R29's Most Wanted