Skip navigation!
Story from TikTok
A generation ago, any mention of “core” in the context of fashion conjured the smart but snoozy concept of a capsule wardrobe (aka a pared-down assortment of monochromatic pieces). But, now, the notion of “core” has suddenly become one of the buzziest topics in fashion. The innocuous word functions as a popular qualifier for an endless number of aesthetic subgenres that have emerged in different corners of the world and shared on TikTok — all signified by the hashtagged exchange of online imagery, music, and, of course, fashion. And, while the likes of normcore or cottagecore have become fairly recognizable, there are more and more niche cores appearing each day (from angelcore to goblincore and royalcore). We decided to start keeping track by writing them all down right here — we also chatted with a few aesthetic experts in order to debunk where these cores are coming from and what it is they stand for.
Advertisement
“

What’s important to note about the abundance of micro-cores is the greater movement in youth culture towards niche aesthetics and sub-cultures.

Marian Park, WGSN STRATEGIST
”
Despite the sometimes puzzling nomenclature attached to it, core’s moment in the mainstream-media spotlight is picking up serious steam — with fashion and culture publications even attempting their own contributions to the canon. Now-shuttered Man Repeller offered up the term menocore to encapsulate the linen-clad Nancy Meyers-heroine aesthetic; The Cut recently coined Zizmorcore (named for the Upper East Side dermatologist whose advertisements used to bedeck MTA cars), bucketing any merch that bears the logo of a celebrated Big Apple business or municipal entity. “What’s important to note about the abundance of micro-cores is the greater movement in youth culture towards niche aesthetics and sub-cultures,” explains Marian Park, a strategist at the trend forecasting agency WGSN. “Throughout the pandemic and its isolation ennui, it’s as if a new school of creativity [has] emerged. Gen-Z are having fun defining new aesthetics and exploring fashion history and trends that connect them with each other.” While -core gets a lot of attention for helping define this phalanx of subgenres generated by social media users in recent years, there are plenty of style persuasions that don’t employ the suffix. (One of the most popular aesthetics dark academia, a core-free style subset defined by moody lighting, hardcover books, and an Ivy League approach to dressing.) And, while the movement is as nebulous as any internet-bred phenomenon, there are some gatekeepers who are attempting to bring order and clarity to the hundreds of aesthetics that have proliferated on and offline in recent years.
Advertisement
“

People always ask what their aesthetic is, because they want something to define themselves.

Angela Yin, Aesthetics Wiki Moderator
”
18-year old Los Angeles resident Angela Yin is a moderator at the Aesthetics Wiki, a living catalog of nearly 600 visual micro-movements built by the site’s users. The database was created in 2019 as an “online community dedicated to the identification, observation, and documentation of visual schema,” according to a statement on the wiki’s homepage. “We’re basically a dictionary right now,” Yin explains. “We’re just of documenting what is there.” The site’s entries include bulleted explainers on every imaginable “core”, including royalcore, kidcore, lovecore, goblincore, fairycore, and angelcore — in addition to pages devoted to “aesthetics” like dark academia, light academia, vaporwave, and synth-wave, to name just a few. “People always ask what their aesthetic is, because they want something to define themselves,” Yin says of the visitors that come to the site in search of the category that fits their personal style. “The best way to describe it is: you know in the opening of The Breakfast Club, when everybody is like, ‘Oh they’re a nerd, they’re a princess, they’re a jock or whatever.’” Some of the site’s users think they have to pick a single-core lane, when in actuality, says Yin, “you can just sort of combine your aesthetics.” (TikTok user @robinb4nks created a frenzied post that encapsulates this indecision.)
“

Cores, aesthetics, moodboards, and vibes are all just a result of wanting to look cute on social media.

Alexandra Polk, Refinery29 Writer
”
It turns out that the more you start to explore ... core, the more you realize that its many iterations are not easily defined. “We can say definitively that [something] is not an aesthetic,” explains Yin, but it’s harder to pin down what an aesthetic is — “especially because it’s all connected to memory. We’re trying to be descriptive, not prescriptive,” she continues, “so it’s better to just hang on the internet and see what pops up.” It may be constructive to refer to the Aesthetic Movement of the previous century, where artists like Williams Morris and James McNeill Whistler endorsed ‘art for art’s sake’ — emphasizing the visual and sensual qualities of art and design over practical, moral, or narrative considerations,” according to the Tate Museum. Or, as our associate writer & resident TikTok translator Alexandra Polk put it: “Cores, aesthetics, moodboards, and vibes are all just a result of wanting to look cute on social media.” Because we’ll never completely understand what constitutes a core, we’ve done the next best thing and outlined some of the most recognizable (in addition to a few cheeky takes of our own) below.
Advertisement

First coined by cartoonist Ryan Estrada in 2008, the term “normcore” was adopted by K-Hole — a five-person collective that was part trend forecaster, part performance art — and employed in “Youth Mode,” a 2013 report posting that, in a society that fetishizes individuality, the “coolest” people are the ones who have evolved beyond the need to appear distinct and are embracing the universal concept of normalcy. (We’re paraphrasing — you can read the full report here.) It launched a fashion obsession with all things plain, uncool, and seemingly mass — one that’s still very much alive and well in the form of dad hats and mom jeans; Birkenstocks and Crocs; or any number of items that feel decidedly anti-fashion. 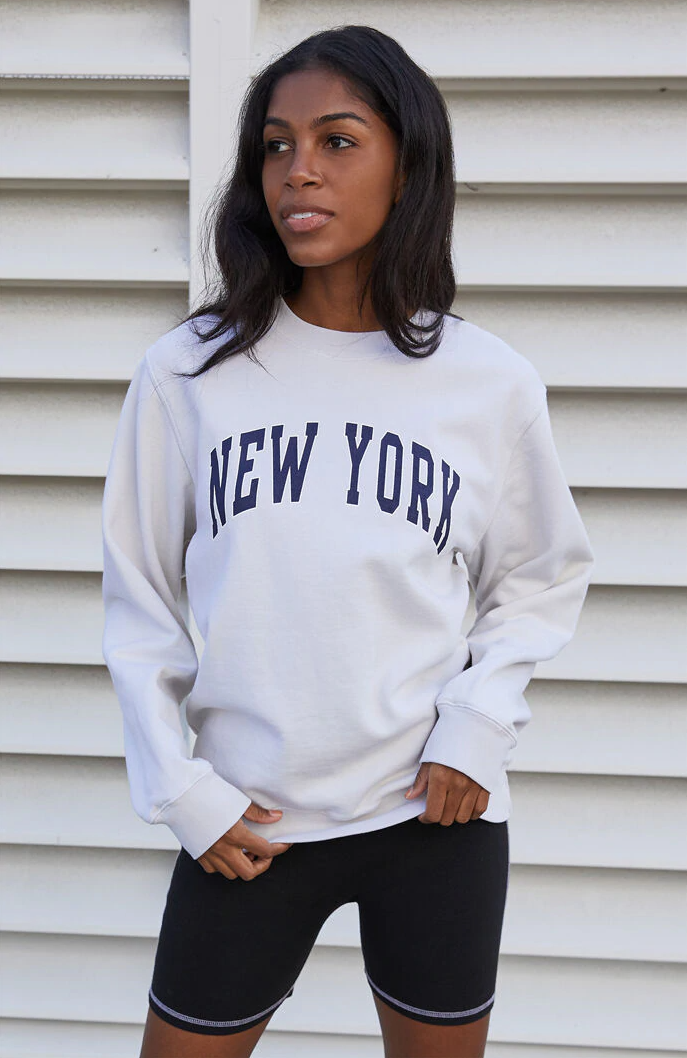 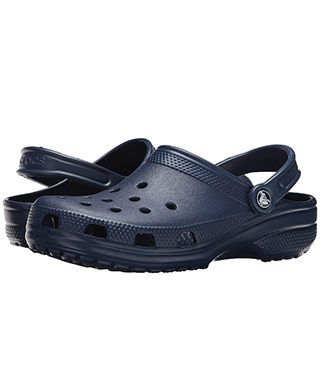 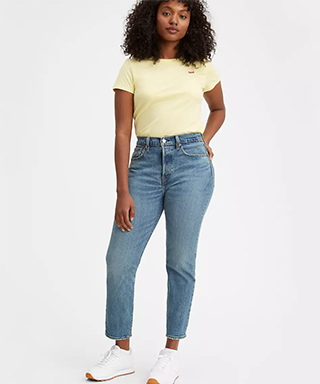 This quaint subgenre needs no introduction — it’s been building steam on Tumblr since 2018, and enjoyed an explosion of mass popularity in 2020, as the world’s population was forced into individual isolation. Suddenly, the rustic hallmarks of the subgenre (an agrarian environment; romantic and traditionally feminine attire; domesticity and homesteading) offered an escape from the bleak, digitally-focused reality that many of us were facing.
Advertisement 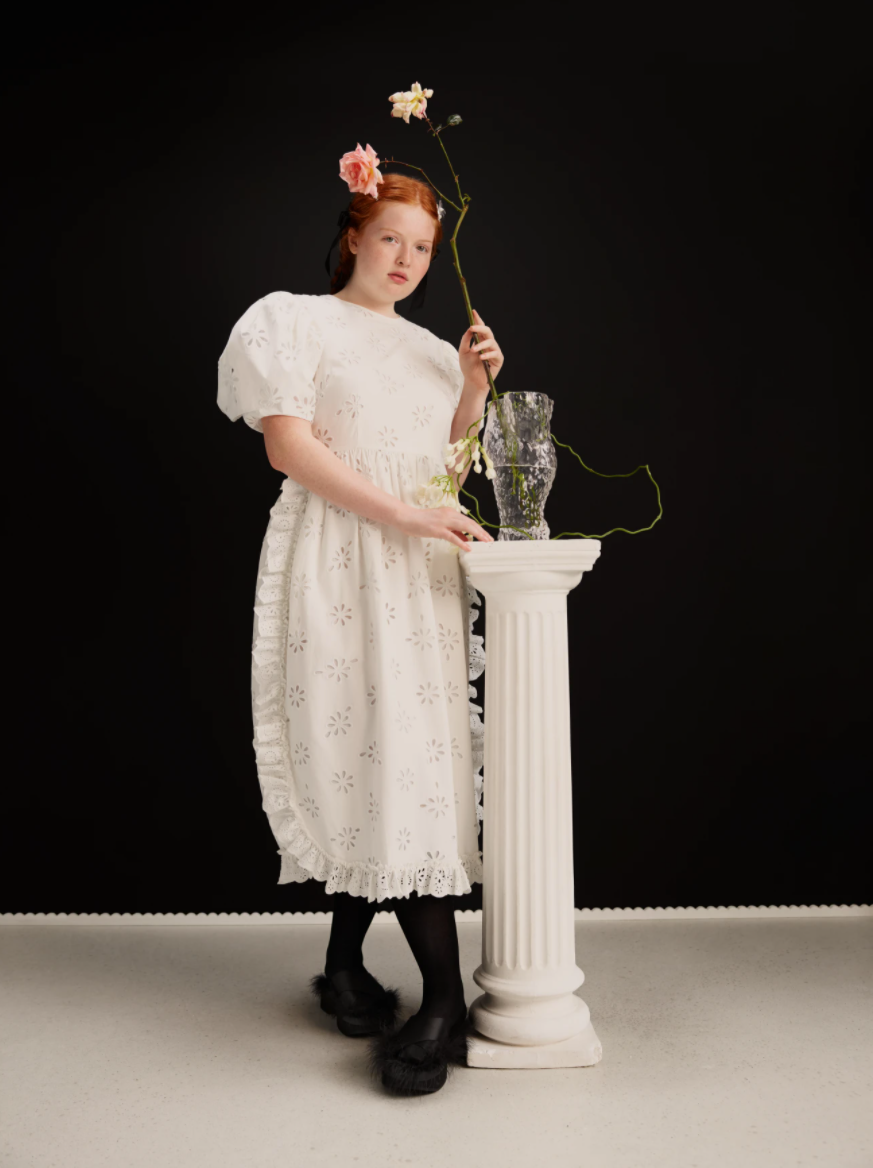 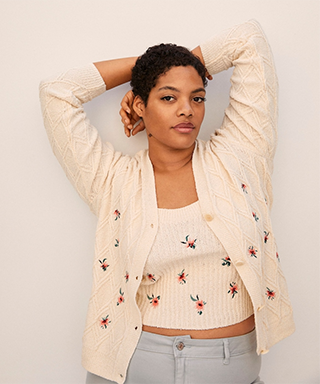 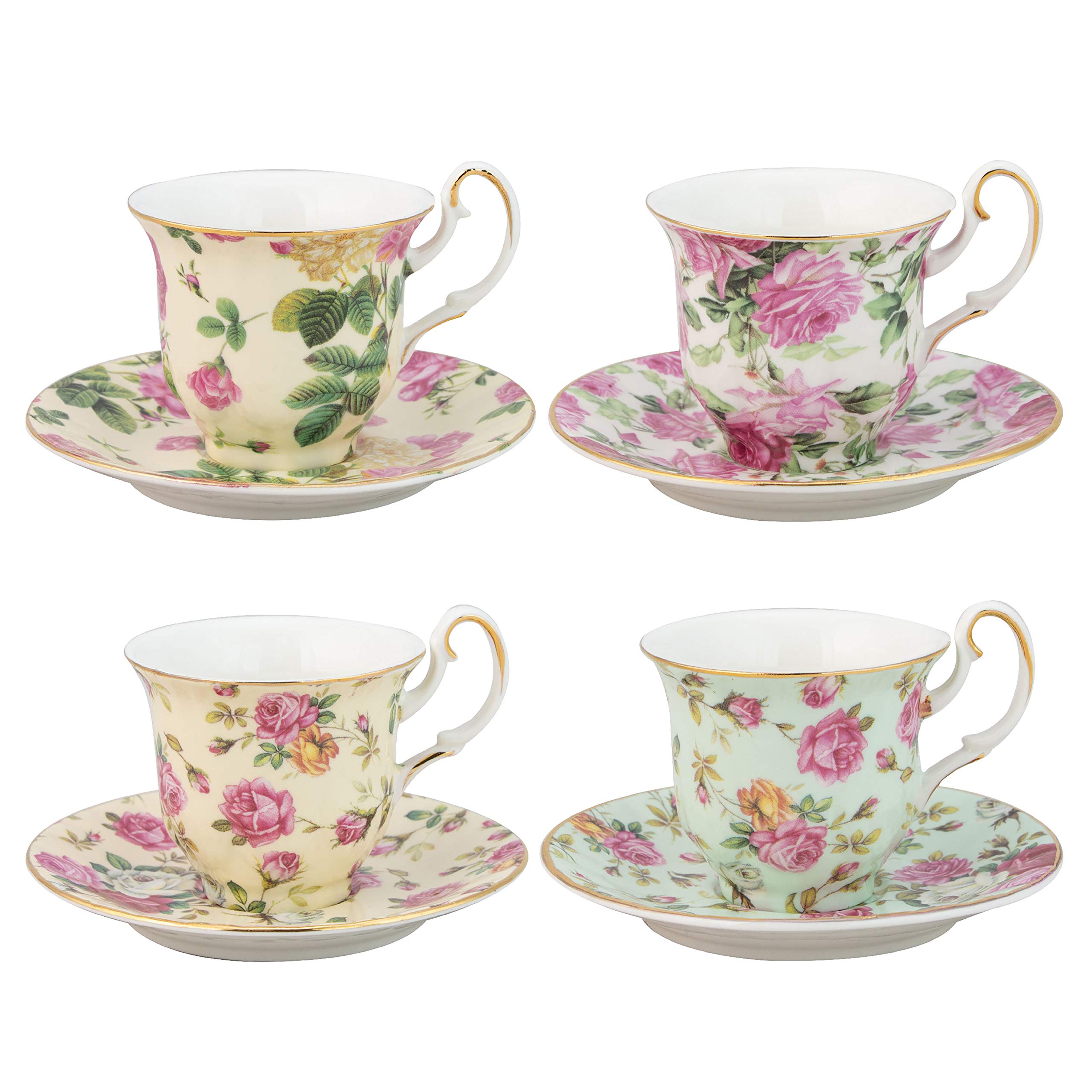 Cabincore is the cold-weather answer to cottagecore, which is reliant on warmer temperatures to put its host of signifiers (light, loose dresses, sun-dappled grasses, and baked goods cooling on a windowsill) on full display. The darker and more densely wooded world of the cabin, explained Refinery29 editor Eliza Dumais, is replete with “carabiners, fire, farmhouse tables, 50 shades of flannel, and Carhartt coveralls.” 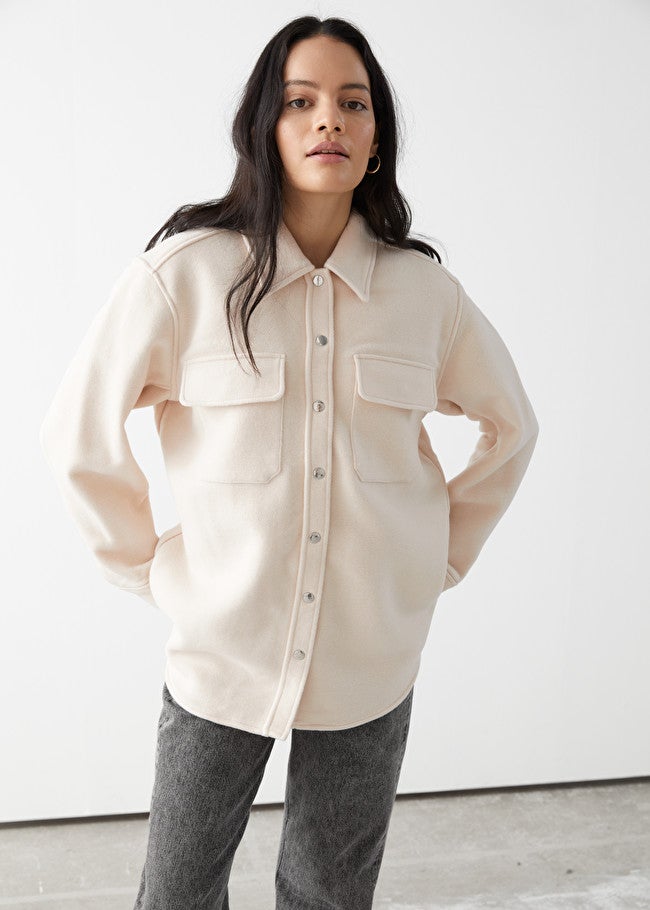 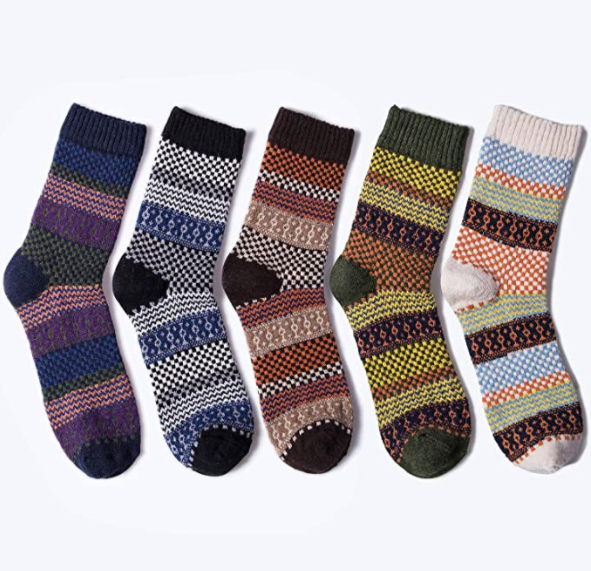 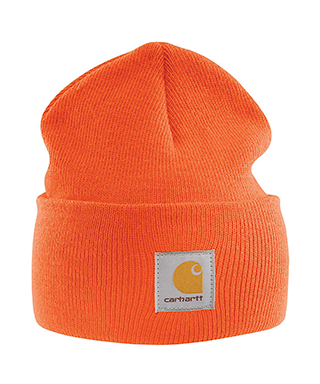 While it’s not officially sanctioned by the Aesthetics Wiki, we’re making the case for this core. Thanks to Vermont senator Bernie Sanders’ public display of mittens at the 2021 presidential inauguration, the internet was whipped into a frenzy for all things knitted, homespun, and most importantly, warm. 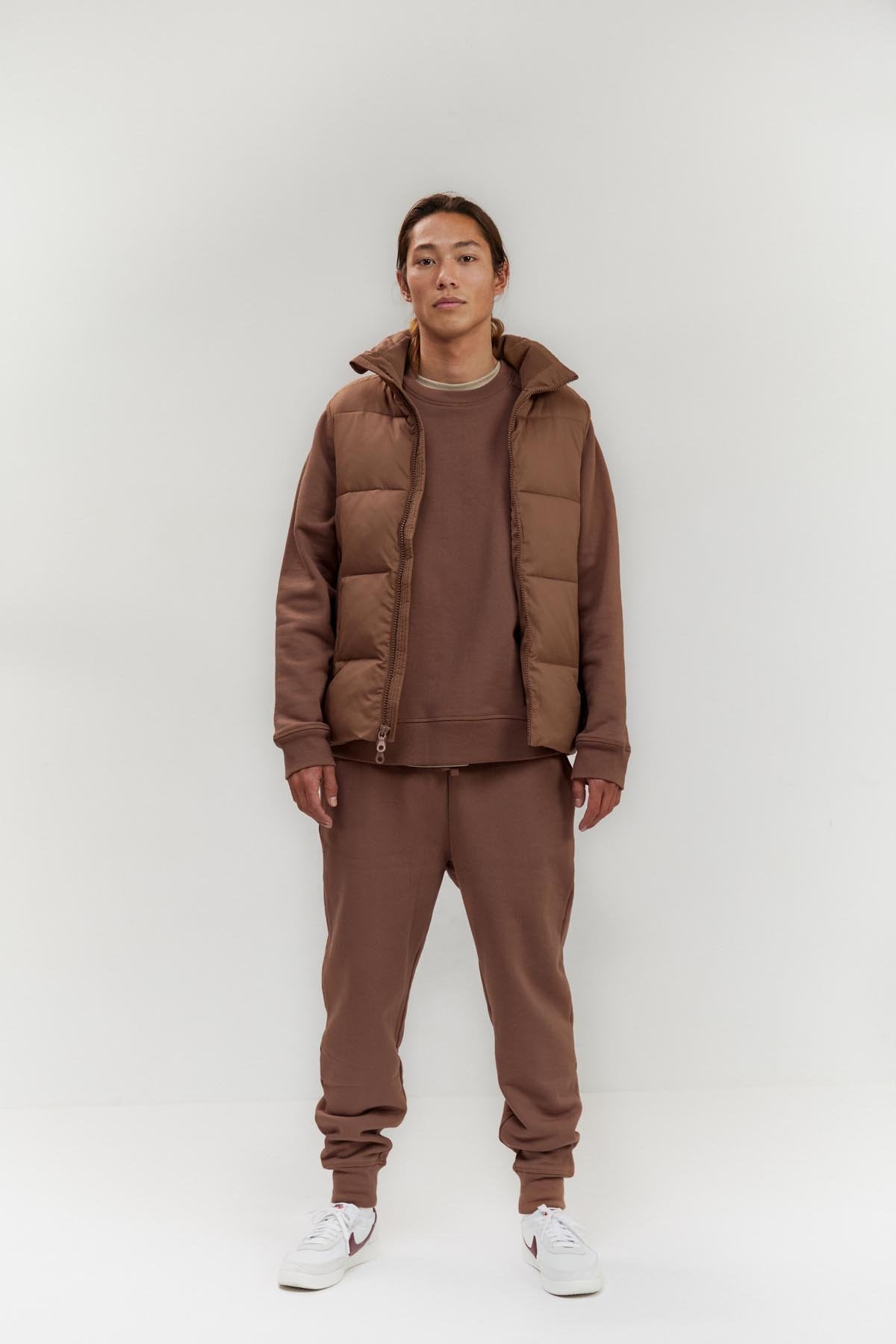 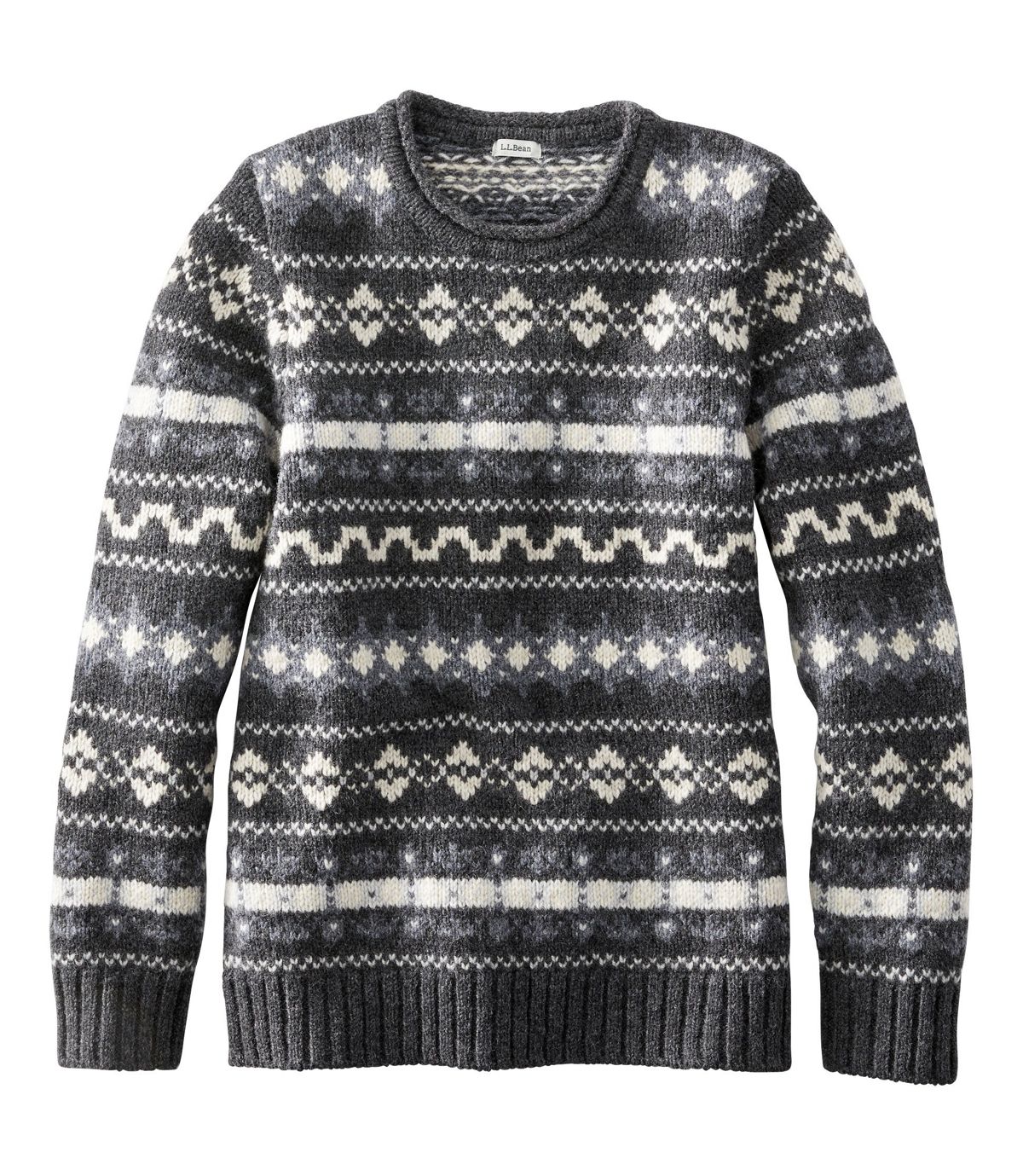 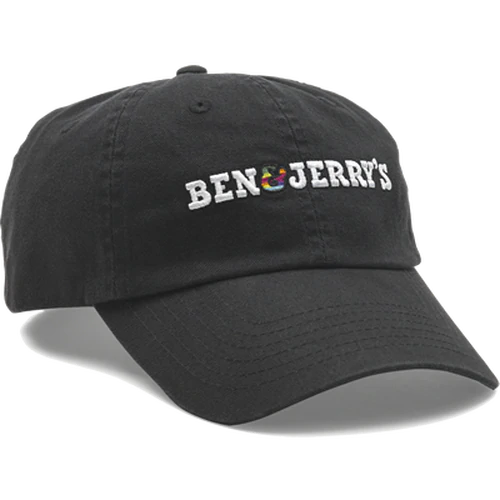 Angelcore, explains Refinery29 writer Joanna Cresswell, is “an aesthetic defined by dreamy, hazy, celestial images in a kaleidoscope of pinks and lemons and baby blues.” It’s not hard to find sheer, gauzy gear in 2021 — everything from hair accessories to Simone Rocha’s highly-anticipated collection for H&M is getting the translucent treatment this spring. 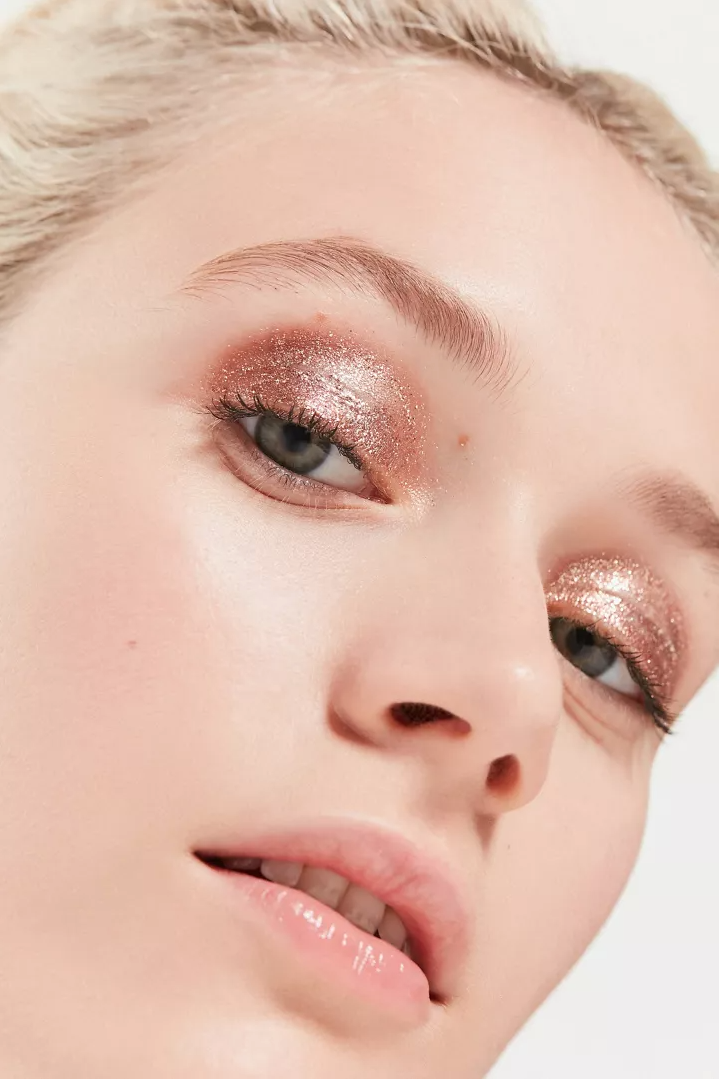 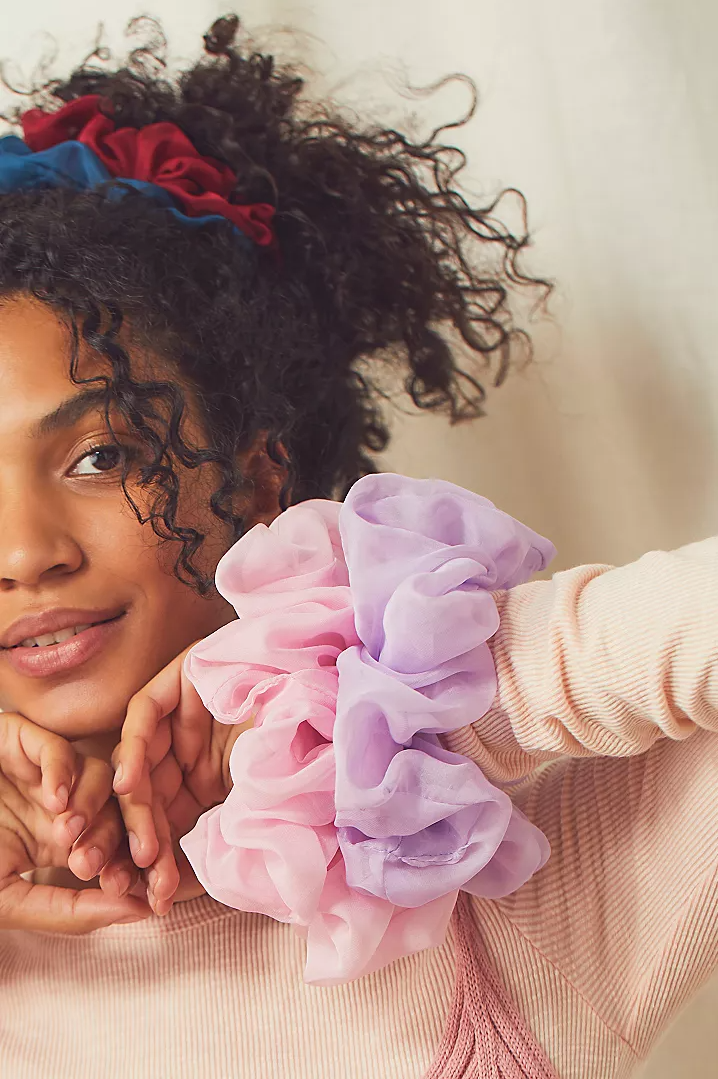 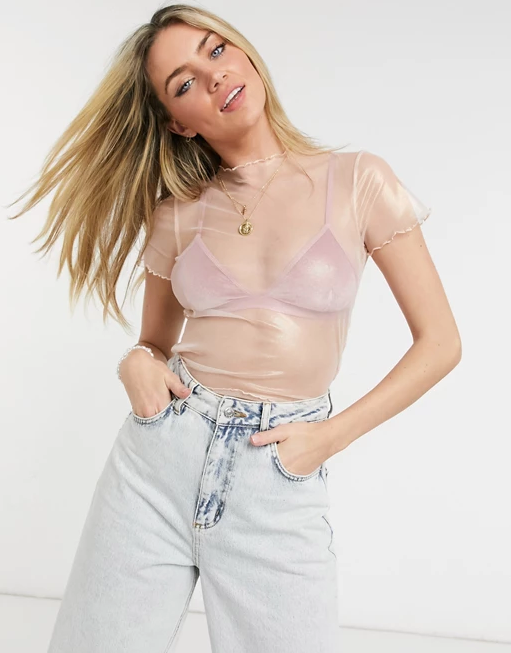 Also inhabiting the natural-fantastical Venn diagram shared by cottages and angels is goblincore — a subgenre that concerns itself with earthly treasures like moss, mushrooms, and critters of the soil. “Lots of the clothing is worn-out, thrifted, or second-hand for a more comfortable feel,” explains the Aesthetics Wiki. (There’s also a particular fascination with found “shiny” objects — which goblins, in traditional folklore, have been known to hoard.) This core has also been embraced by the nonbinary community — as one user on the Goblincore Subreddit wrote, “No gender, only bugs and shinies.”
Advertisement 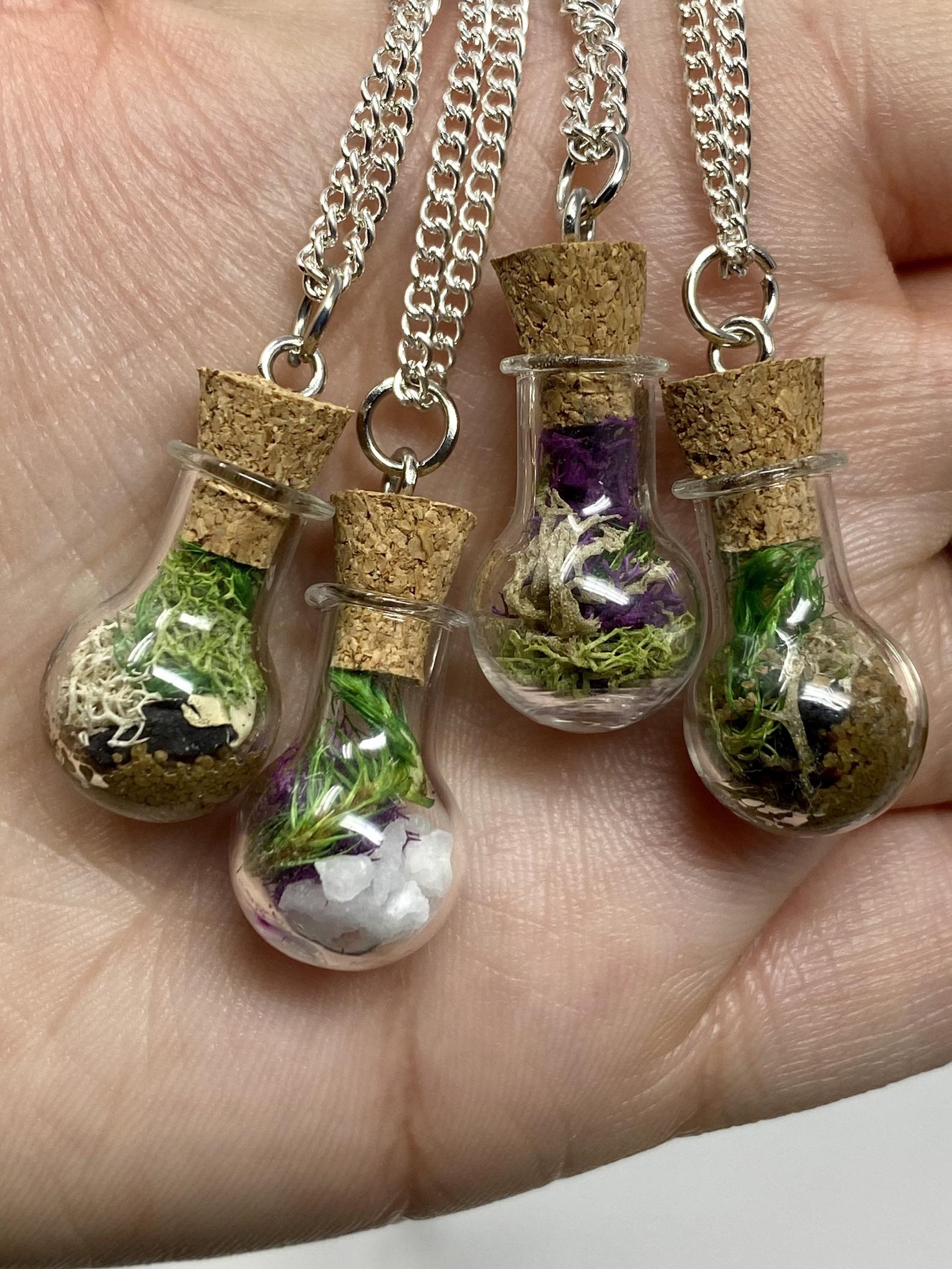 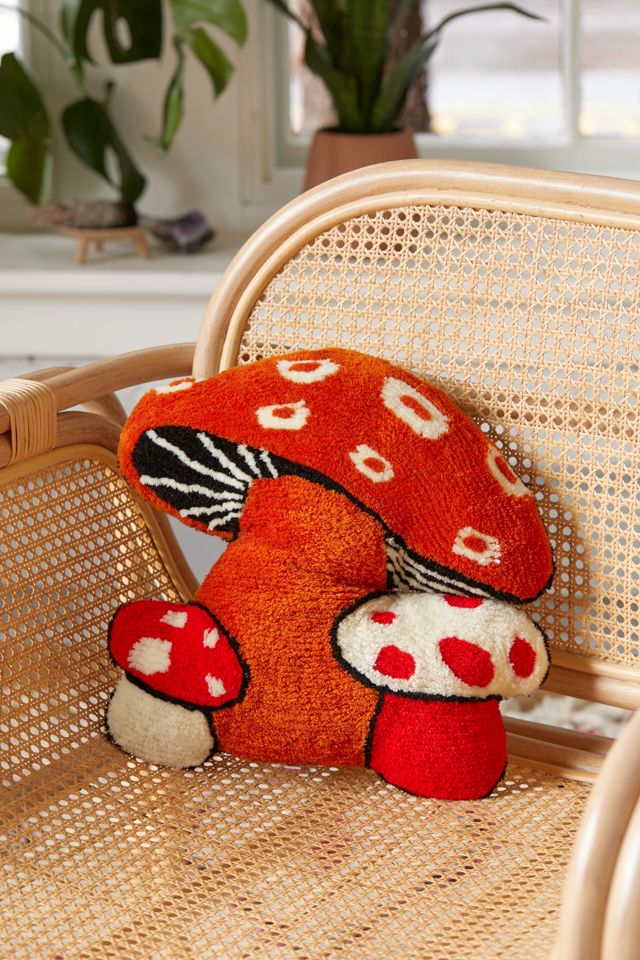 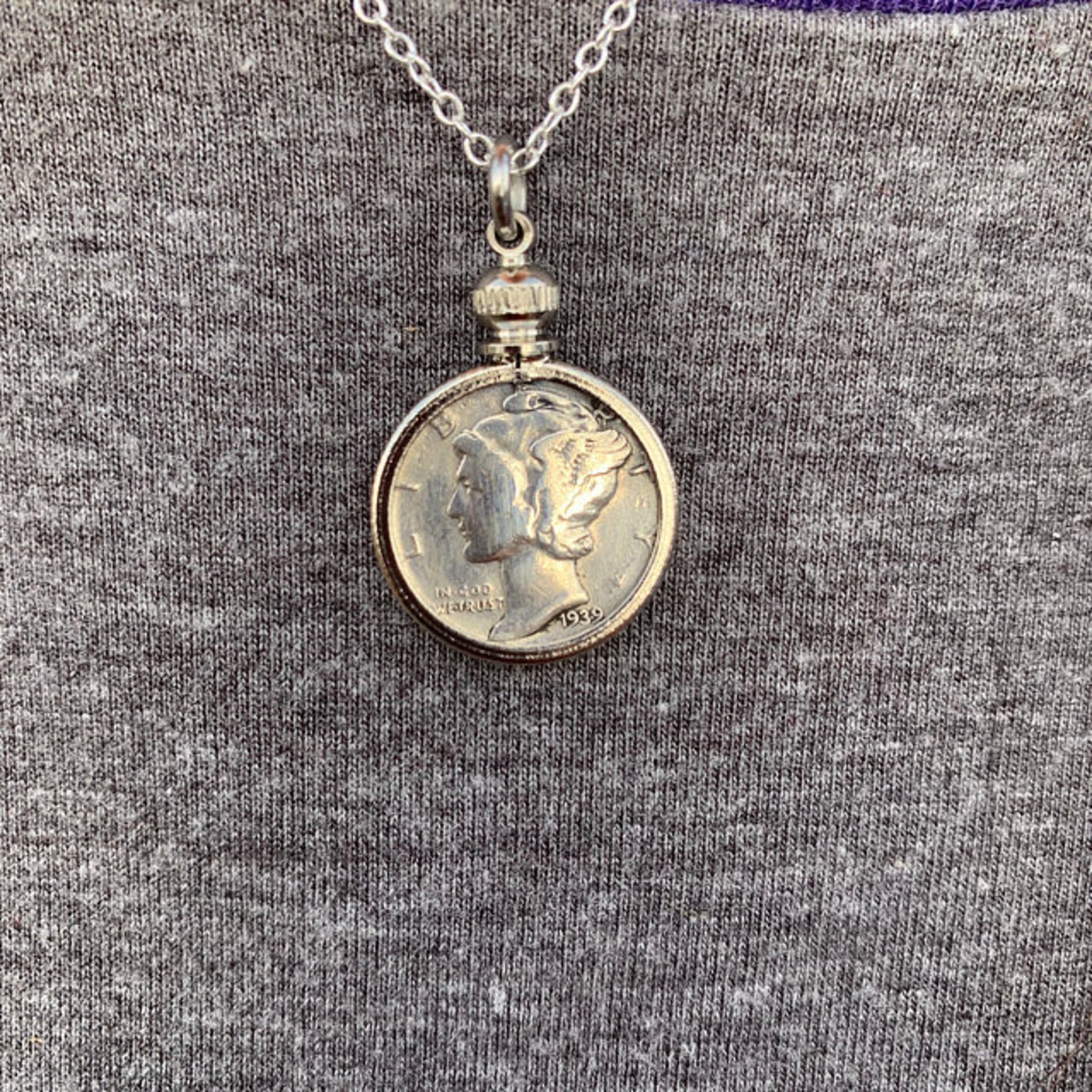 One core that’s arguably been hiding in plain sight for years, explains trend forecaster and color expert Jane Boddy, is soft. “Softcore is a world that’s cozy, comfortable; you feel protected. Your clothing’s soft, your house feels soft, the colors are soft,” the trend forecaster explains.  “You’re not going to wear your crunchy baguettes — it’s like a brioche.” While there’s been growing consumer demand for all things deep-pile for years, there’s denying that 2020 (and its accompanying barrage of stress, uncertainty, and pain) brought on a mass obsession with comfort and touchability. 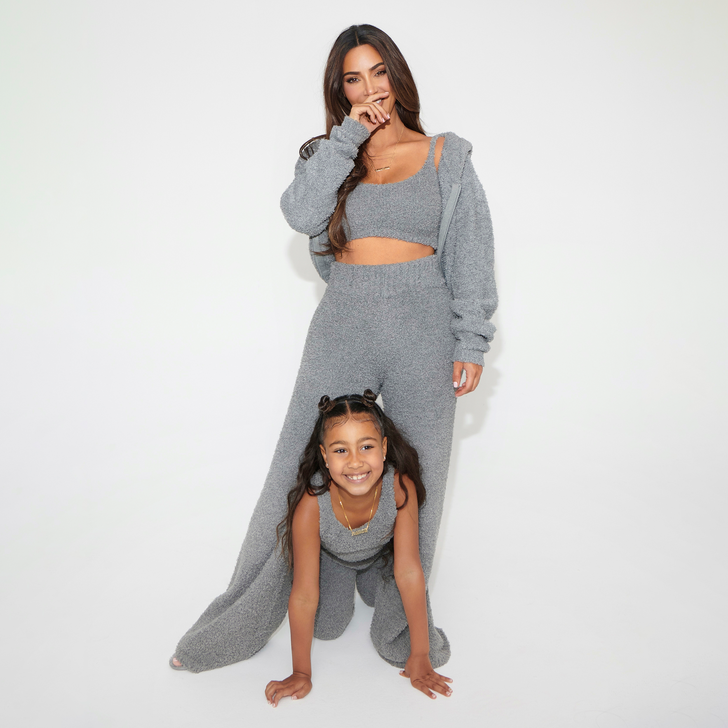 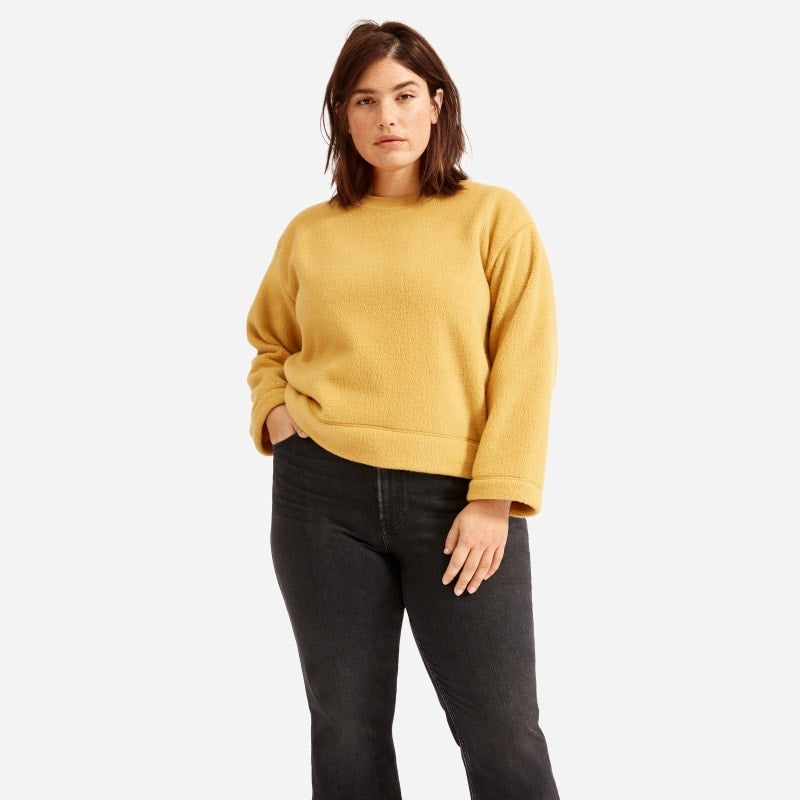 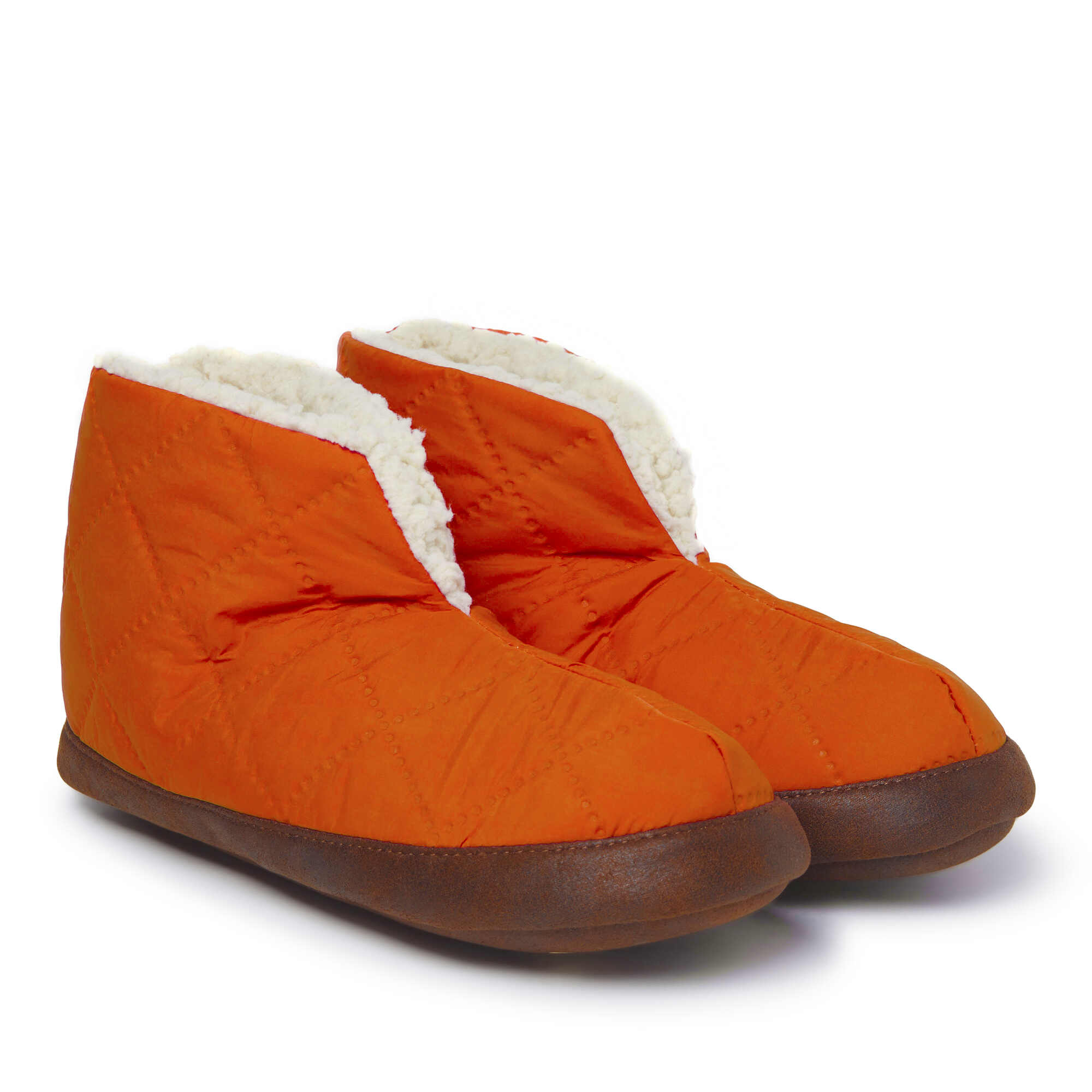 We were inspired to add this one when Boddy described buying “a load of Stine Goya mental tops” to wear while teaching a class over Zoom. (“If I’m going to be lecturing students about trend forecasting, I have to have a bit of a look,” she adds.) Many of us treat our screen-teractions with the outside world in the same way, painstakingly cultivating what appears on our bodies from the waist up — and there’s only one way to describe this within-four-walls style of dressing. 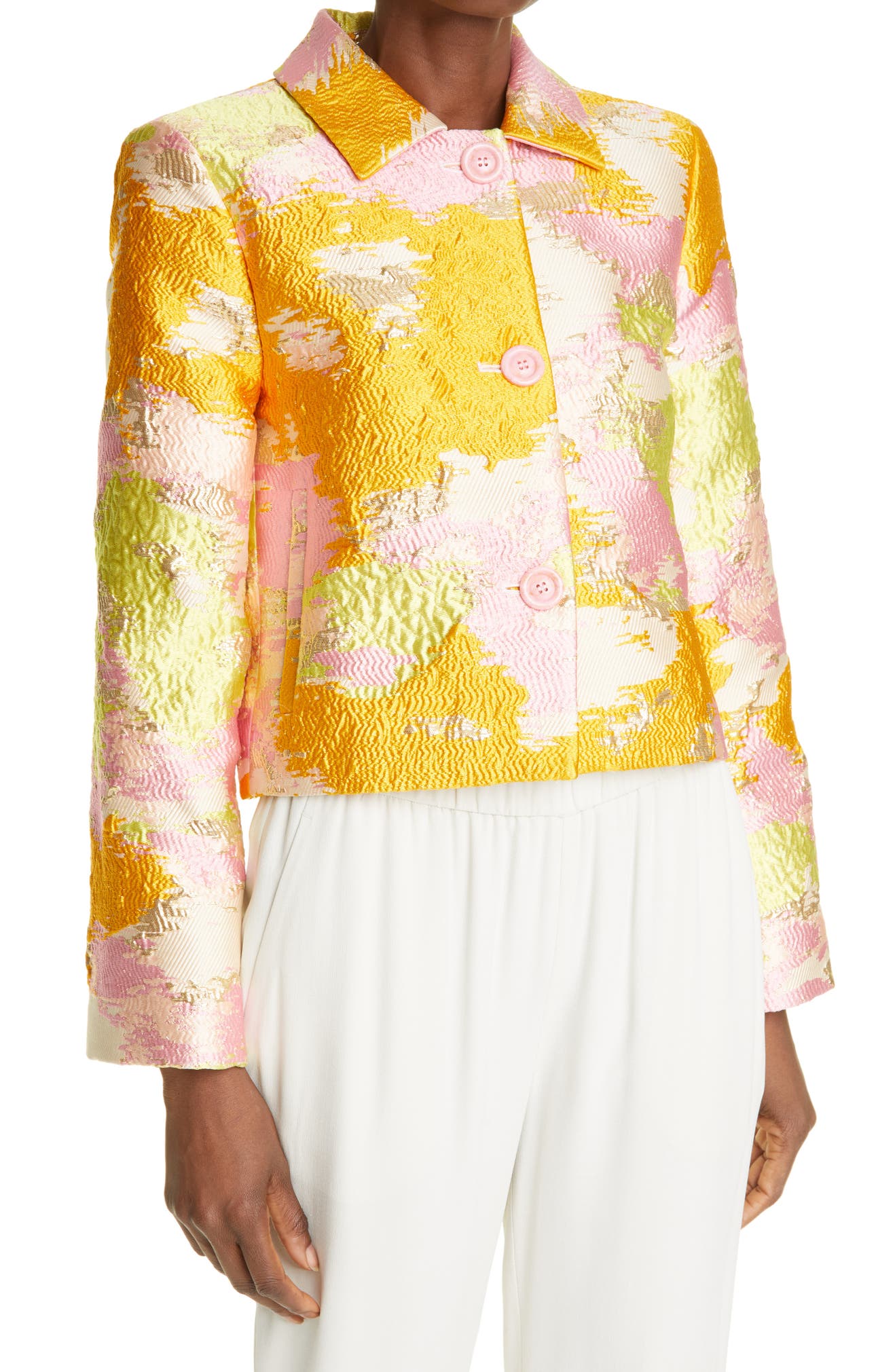 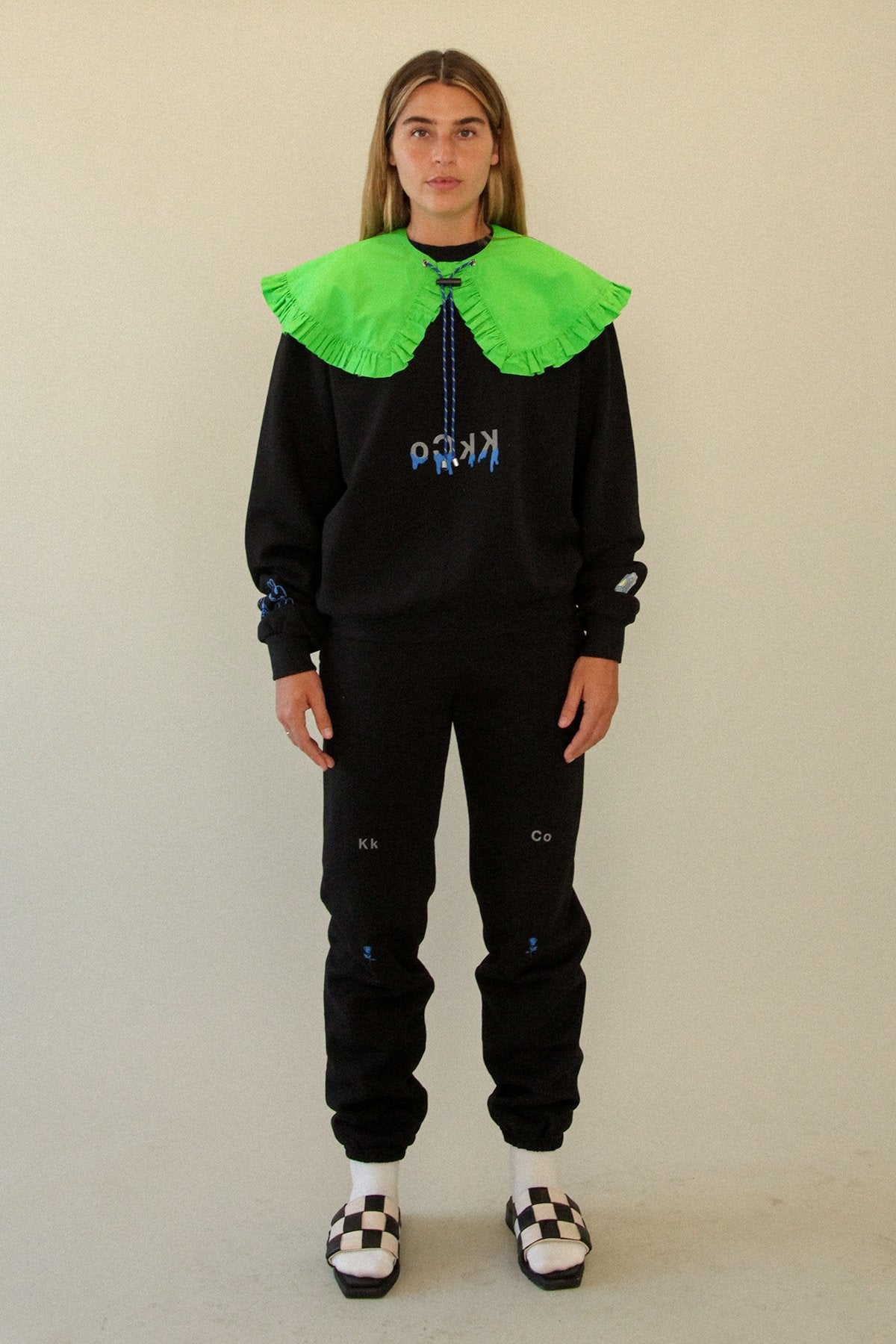 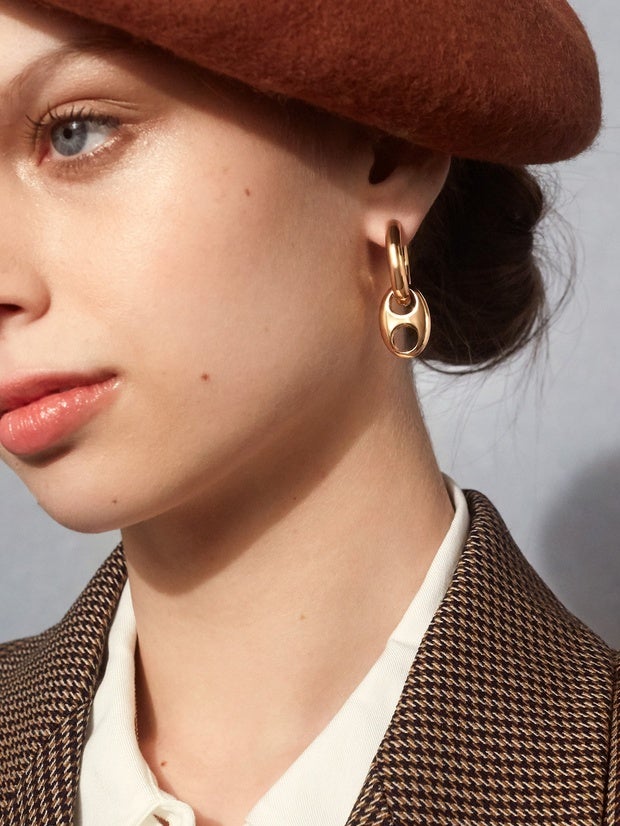 Another core to watch for spring? One that concerns itself with aesthetically-pleasing fruits in their many juicy forms. (Think apples, oranges, strawberries, pineapples — anything that offers a healthy dose of can’t miss color.) We’ve already seen sculptural tropical goodies like papaya and durian dominate the world of prop and food styling, and the time is ripe for their farmer’s-market brethren to take over our wardrobes. We’re harnessing the symbolism of fresh, abundant produce in an effort to manifest a brighter and more optimistic future in 2021.
Advertisement 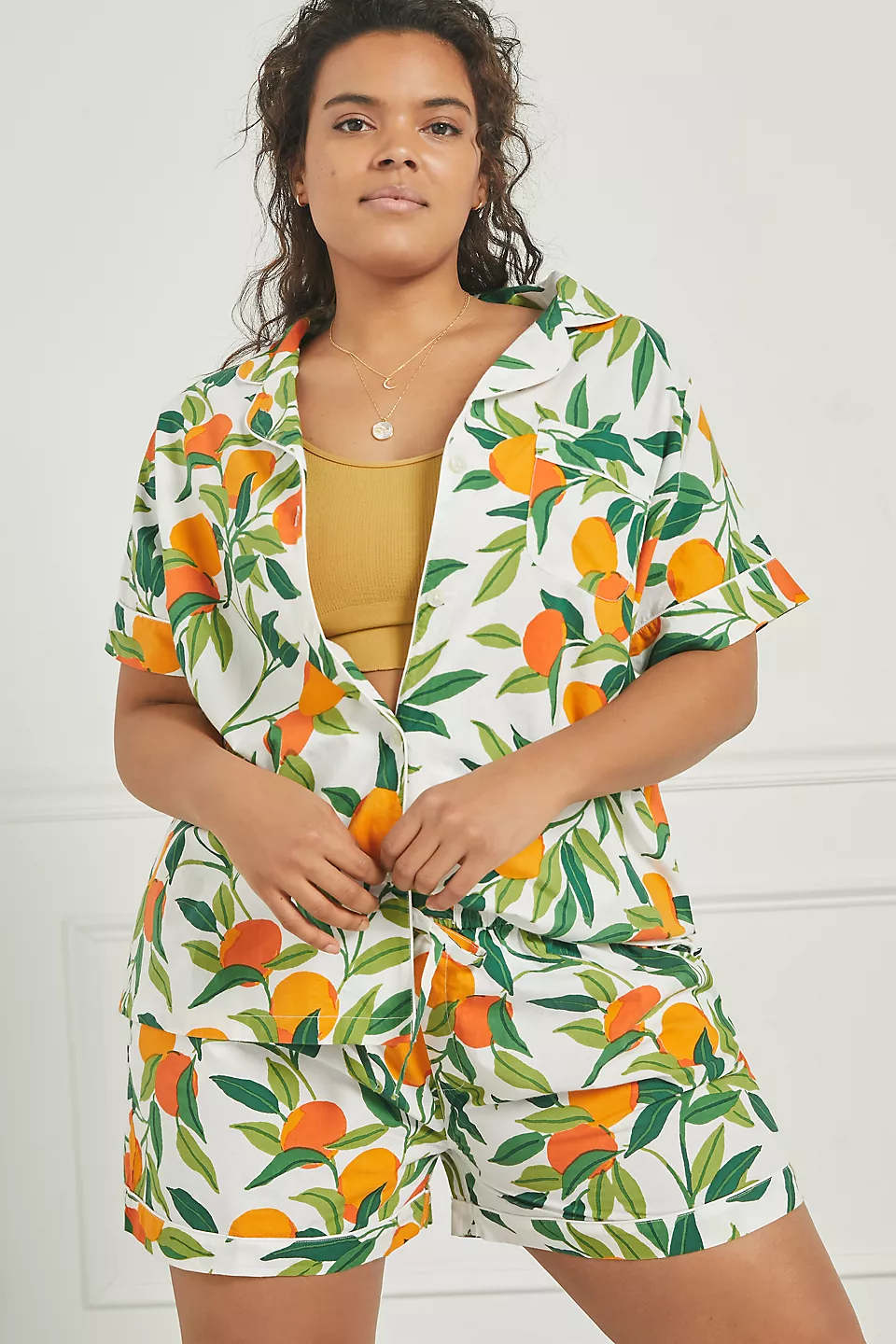 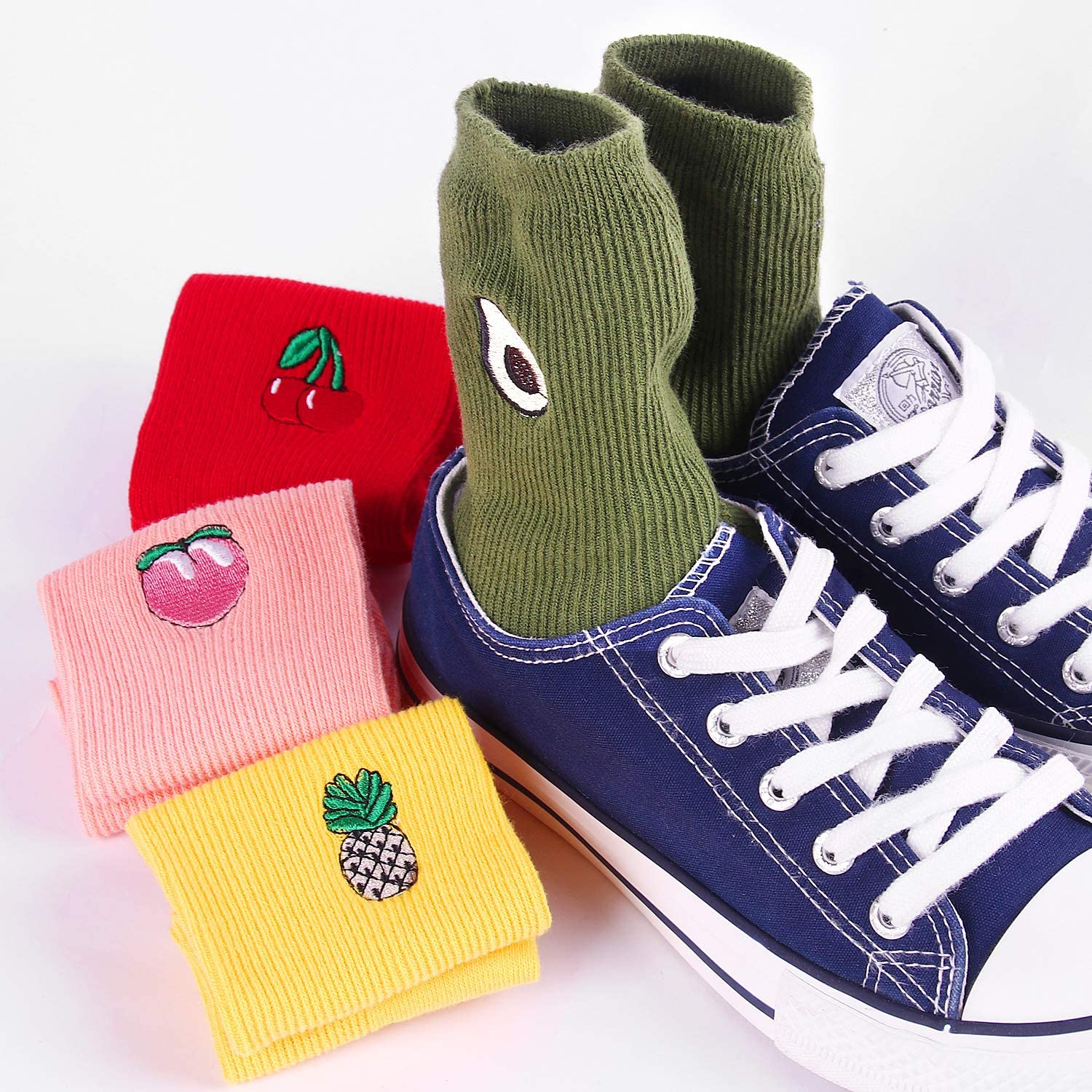 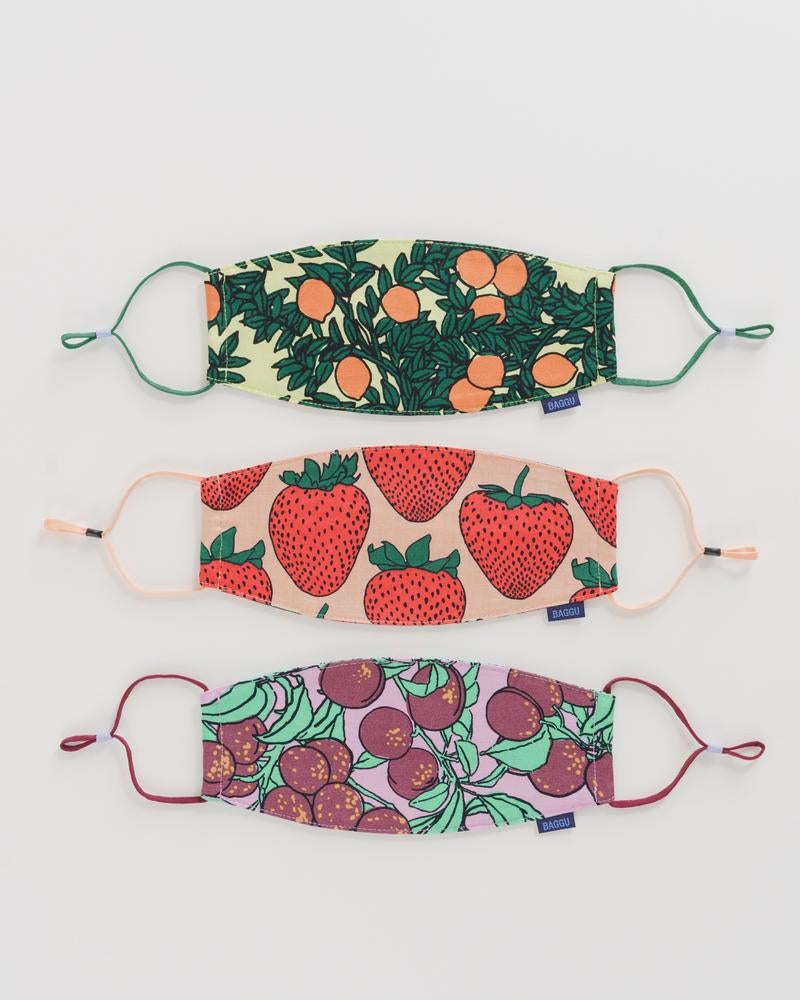 Baggu
Adjustable Fabric Mask 3-pack
$32.00
Baggu
At Refinery29, we’re here to help you navigate this overwhelming world of stuff. All of our market picks are independently selected and curated by the editorial team. If you buy something we link to on our site, Refinery29 may earn commission.
Deals
10 Valentine’s Day Gifts On Sale At Amazon Right Now That W...
There’s nothing more helpful and convenient for gift-giving than Amazon, especially if it’s on sale. Valentine’s Day is only a few weeks
by Mercedes Viera
Style Trends
Say Hello To The ’90s—Cargo Skirts Are In Their Comeback Era
by Vivien Lee
Shopping
Non-Tacky Birthstone Jewelry To Gift Your Love This ValentineR...
by Emily Ruane
Advertisement
Dresses
Meet The LBD’s Edgy Twin: The Leather Dress
by Vivien Lee
Shopping
Madewell’s New Spring Denim Is A Love Letter To The ’90s
While we obsess over Madewell for its plethora of affordable styles — these days, it’s a crucial destination for seasonal dresses, outerwear, shoes
by Jinnie Lee
Deals
Maxi Dresses, Funky Scarves Galore, & 23 New Anthropologie Sale S...
by Chichi Offor
Most Wanted
Savage X Fenty Pieces to Wear for Rihanna’s Concert (AKA the Supe...
Super Bowl LVII is quickly approaching on February 12. While we don’t yet know which teams will be playing, we do know that we’ll be cheering on halfti
by Victoria Montalti
Weddings
Behold The 18 Most Comfortable Wedding Shoes Every Bride Will Adore
by Amanda Randone
Shopping
This Opulent (& Affordable) Jewelry Brand Is Inspired By A Bygone...
Deniz Gurdalis, the designer behind the UK-based sustainable jewelry brand Ottoman Hands, is likely a bit of a history buff — after all, the “Ottom
by Jinnie Lee
Most Wanted
13 Super-Chic Shoes That Are So Very Comfortable
If you suffer from any number of foot alignment issues — be it as simple as having flat feet or dealing with plantar fasciitis — you understand the fru
by Samantha Baker
Most Wanted
Béis Just Launched The Sporty Collection Of Our Dreams
You already know Béis for the brand’s chic, durable luggage in 50 shades of beige; now, it’s bags can take you from the airport to the gym, spin s
by Karina Hoshikawa
Deals
Psst, R29 Readers Can Get These Same-Day Delivery Flowers ...
Super Sale Alert: Get 20% off sitewide at Urban Stems (excluding subscriptions) with our promo code R29LOVE, now through February 14. I
by Mercedes Viera
Advertisement
Advertisement
Discover
R29 Stories & News
Watch
R29 Original Series & Films
Shop
R29's Most Wanted