Skip navigation!
Story from Style
Photo: Gotham/GC Images.
Ever since HBO Max announced the Gossip Girl reboot, we knew it would have big shoes to fill. The Blair-Serena-Nate love triangle was fun and all, but we all know the real reason we came back for more season after season (and then subsequently re-watched every season twice during lockdown). Between Blair’s colored tights and collared mini dresses and Serena’s boho frocks and designer tote bags, the fashion in Gossip Girl was, and always will be, a mecca of style. But, after seeing photos of the Gossip Girl reboot cast sprawled on the steps of The Metropolitan Museum of Art on Tuesday, we’re happy to report that Upper East Side’s Generation Z is more than fashionable enough to stand on its own.
Advertisement
Spotted at the site of many of Serena’s and Blair’s pre-school and lunch catch-ups, the new group appears in full fashion form, with singer-songwriter-turned-actress Jordan Alexander shaping up to be the show’s most style-forward high-schooler. In the photos, Alexander is wearing a billowy, pin-striped button-down with her uniform tie. Are those navy blue bike shorts she’s wearing? To Constance Billard? And cream-colored, mock-croc knee-highs courtesy of Schutz? We’re into it. And that red, Fendi baguette bag, a signature of Carrie Bradshaw. Is it vintage?
The Babysitter: Killer Queen's Emily Alyn Lind is dressed in a fuzzy, plaid oversized sweater over a white shirt with a statement collar wrapped in a navy blue bow — a Blair Waldorf signature — can certainly keep up. Black, heeled loafers with a pair of sheer socks, a combination we saw all over fashion month in October 2019, complete the Queen B of the Upper East Side effect. Tavi Gevinson in a shirt with a Peter Pan collar, Savannah Smith in swoon-worthy, sky-high platform loafers from Sam Edelman, and Zion Moreno with a tiny bag all also showed up to The Met dressed for the occasion in fall's best trends — the occasion, naturally, being a normal school day at Manhattan’s most elite, fictional prep school.
Another cast member, played by Molly’s Game actress Whitney Peak looks like she will take over from Jenny Humphrey. In the photos, Peak’s character is pairing the school uniform with Adidas Superstars from a recent Beyoncé collaboration and a standard, red book tote. Even with the A-list name attached to her sneakers, we can't imagine the likes of Blair or Serena being too kind to anyone caught in sneakers. Poor Little J.
Advertisement 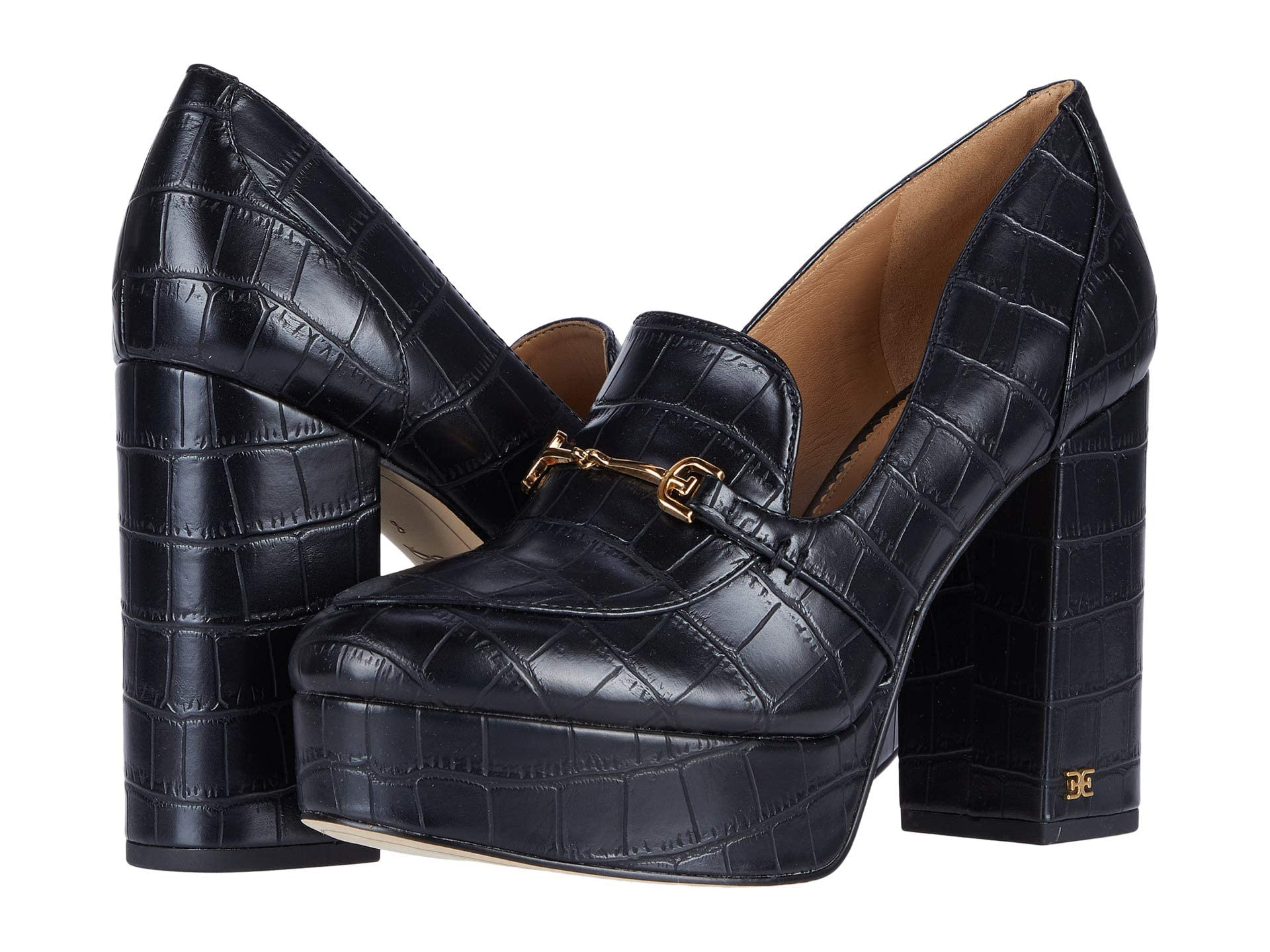 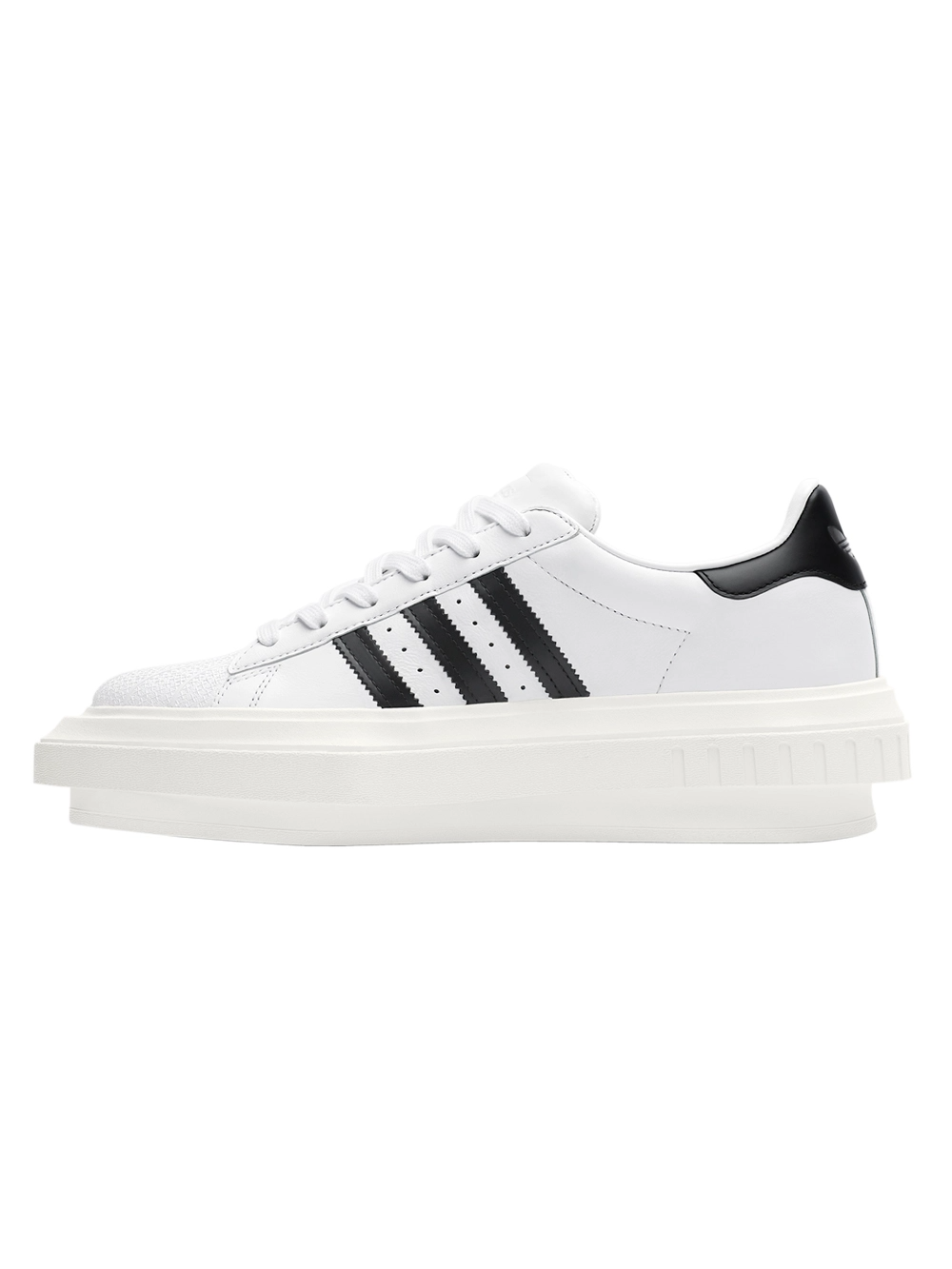 Adidas x Beyoncé
Beyonce X Superstar Platform Sneakers
$200.00
The Webster
Like the show’s original male cast, the new crowd from St. Jude’s seems to put less emphasis on school-day style. Thomas Doherty and Eli Brown appear in standard school uniforms, though Doherty did sport a designer fanny pack for the occasion. And, while Evan Mock’s navy blue hoodie was casual and cool, it’s the pink hair that’s currently most standout.
Judging by these photos, the newest members of the Gossip Girl world have their fingers on the pulse of fashion. With loafers, a top shoe trend for fall 2020, statement collars, logo fanny packs, and tiny cardigans making appearances all in one photo, it’s looking to be another fashion hit. And, given the recent uptick in popularity for collegiate and prep school fashion, the show’s comeback couldn’t have come at a better time. Bring on the pleated mini skirts and logo tights.
Ahead, scroll through all of the fashion-filled photos available thus far of Gossip Girl 2.0.

SPOTTED: the new Upper East Side Class is ready for the Gossip Girl Reboot on the stairs of the MET⚡️Do you miss B&S? 💋 #theblondesalad #gossipgirl #gossipgirlreboot @whowhatwear

gossip girl x gossip girl reboot parallels till now. what do you think? 🗽📲💋✨

Unbothered
Unbothered’s The Glow Up Best Style Roundup
by Venesa Coger
Best Wedding Dresses
15 Non-Traditional Bridesmaids Dresses You Can Wear Again
Tradition dictates that bridesmaids are there to accompany brides on their wedding days, both in person and in style. As a result, bridesmaids’ dresses h
by Frances Solá-Sant...
Plus-Size Fashion
16 Places To Get Plus-Size Clothing On Sale This Week
by Chichi Offor
Advertisement
Designers
Why Oversized Pleats Are My Year-Round Uniform
Post-college, I was in dire need of a paying job while attempting to pursue an editorial career and it just so happened that the Pleats Please Issey Miyake
by Diana Tsui
Talking Shop
This “Bra” Feels Like You’re Not Wearing One
The first thing to know about Nuudii System is that the intimates brand makes what founder and CEO Annette Azan calls “boobwear,” not bras. In
by Jinnie Lee
Style
How Bratz Dolls Became Fashion’s Biggest Style Muses
From chunky boots to micro-mini skirts — if today's top trends look familiar, you probably saw them on a Bratz doll first.
by Eliza Huber
Most Wanted
Anthropologie’s Fourth Of July Sale Is Here & It’s An...
by Chichi Offor
Fashion
Tube Dresses Are The Comeback Style Trending This Summer
From Kate Moss-approved slip midis and puckered popcorn dresses to tube minis, the late-‘90s and early-‘00s were full of memorable frock styles. The la
by Sandra Okerulu
Most Wanted
10 Plus-Size Nordstrom Summer Styles That Are R29-Editor-Approved
by Chichi Offor
Fashion
Aura Photo-Inspired Prints Are Summer’s Most Alluring Trend
Getting dressed isn’t usually considered to be a spiritual activity. When you’re running late for work, you just want to make sure your underwear is on
by Aemilia Madden
Deals
Our Readers’ Favorite Summer Travel Bag Is On Sale
Fourth of July preparations can get overwhelming. You might need to pack different shoes — one for the pool and the BBQ. Then there always seems to be co
by Elizabeth Buxton
Fashion
The Future Of Lingerie Is Genderless
When Louis Dorantes moved to Brooklyn in the late 2010s, the Parsons-trained designer began making going-out looks for the queer parties he attended. “It
by Frances Solá-Sant...
Advertisement
Advertisement
Discover
R29 Stories & News
Watch
R29 Original Series & Films
Shop
R29's Most Wanted