Skip navigation!
Story from Sex
Photographed by Lula Hyers.
Multiple orgasms sound hot, but no one seems to be able to agree on what, exactly, counts. Of course, the basics are in the name: if you’re having multiple orgasms, you’re obviously having more than one. But the timing is where things get complicated. Some people define multiple orgasms as two or more orgasms happening one after another, in quick succession. For example, you might masturbate or have partnered sex and have an orgasm — and then another orgasm, and another, and another. The second and third orgasms might feel like "aftershocks," or they might feel just as strong as the first.
Advertisement
Other people define multiple orgasms as two or more orgasms that happen during a single sex session — so if your partner goes down on you and you orgasm, and then you go down on your partner and they orgasm, and then your partner uses a sex toy on you and you orgasm again, then that would count as multiple orgasms, too. And about that sex toy: one way many people have reported experiencing multiple orgasms is by using a wand-style vibrator such as the Hitachi Magic Wand, either solo or with a partner. Sex toys are by no means required to have multiple orgasms, but if you're curious, it might be worth a try.
Hitachi
Magic Wand Rechargeable Extra Powerful Vib...
$149.99
Lovehoney 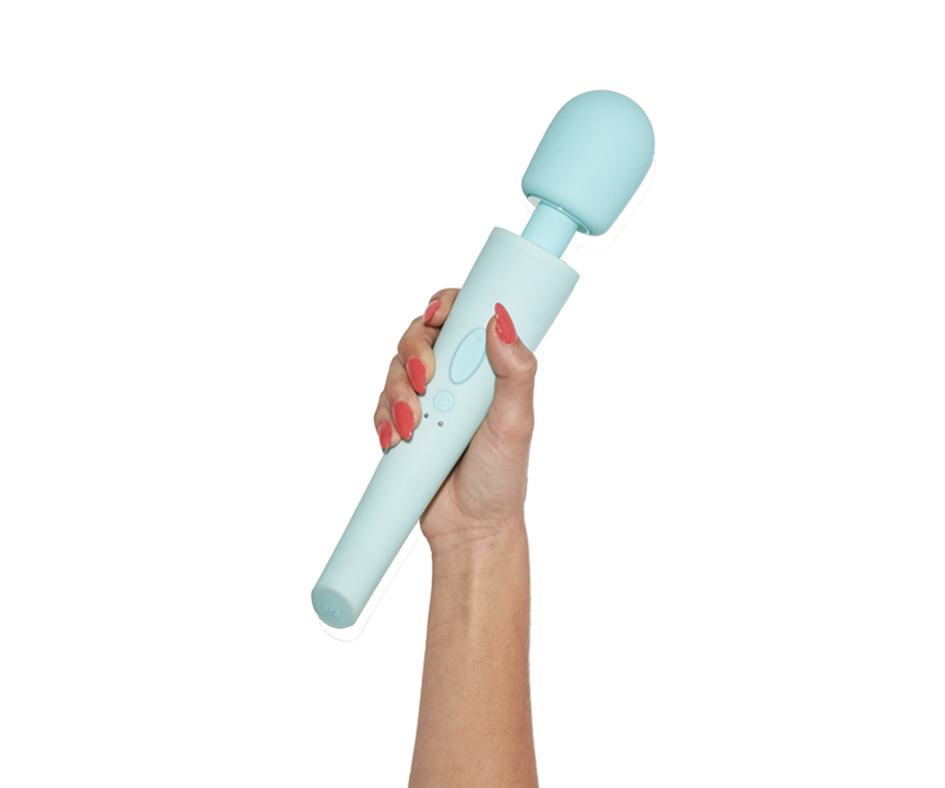 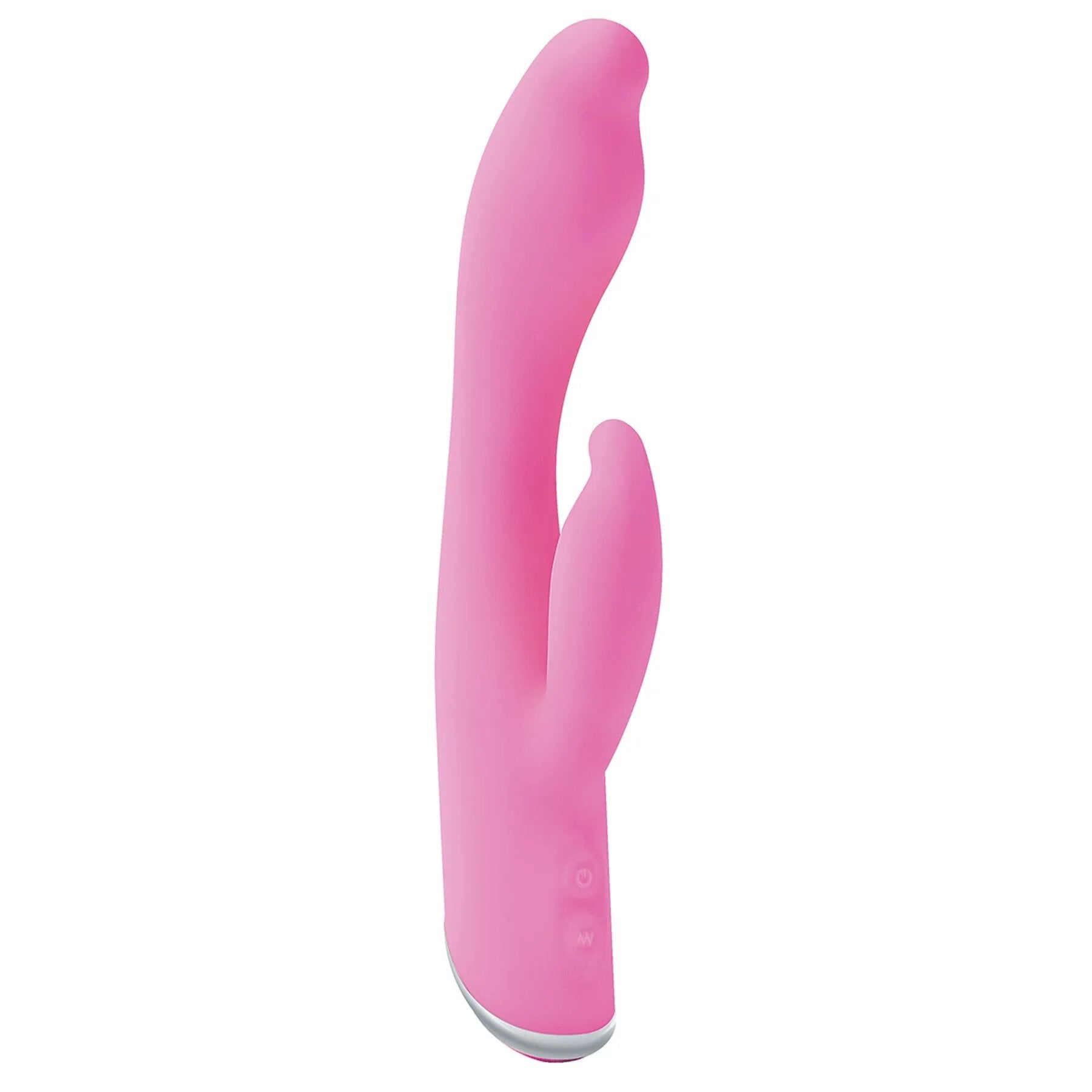 Adam and Eve
Silicone G-gasm Rabbit
$24.98$49.95
Adam and Eve
Maybe because they’re working off of different definitions, different studies have found vastly different information on how many cis women have had multiple orgasms. In one 1991 study, 15% said they experienced multiple orgasms. But a 2016 study found that 46% had experienced multiple orgasms — three times as many.
But whether you’d like to have multiple orgasms during a single sex session or multiple orgasms in a five-minute span — or hey, you could be up for either! — the way to get there is the same.
“As a sex coach, I’d frame things as setting the goal of, ‘I’m going to try to experience as many orgasms as I can within this time frame,’ whether it’s one after another in quick succession or it’s taking breaks and then coming back to a sexual encounter,” says Myisha Battle, a certified sex and dating coach. Framing multiple orgasms as having more than one orgasm in a sexual encounter (whether that means masturbation or partnered sex) instead of a five- or ten-minute span is “an easier thing to set as a goal and puts less pressure on you,” Battle says. “And you never know, you could end up having the experience of multiple orgasms in quick succession anyway.”
Advertisement
When working with clients on maximizing orgasmic pleasure, Battle focuses on three areas. The first, though it might seem counterintuitive, is to “stop being so goal-oriented.” She explains, “There’s a bit of a catch-22 where the more you want something, the less likely you’ll be able to achieve it.” You can also think of it as getting out of your head, reducing anxiety, or “really releasing the pressure on themselves,” Battle says. “Society does that enough for us, we don’t know need to do it for ourselves.”
The second step is to work on accessing deep pleasure, which looks different for everybody. “I don’t know what will make you be able to access deep pleasure in your body; I can only know what it takes for me,” Battle says. This is the fun part: experiment with different sexual activities and situations to find out when you are feeling the deepest sense of pleasure.
Finally, Battle focuses on working on de-stressing. “That’s another big inhibitor,” she says. “A lot of people don’t realize how much stress they’re under in their everyday lives.” While reducing stress and getting out of your own head might not sound like particularly sexy goals, “they are really effective in helping people access orgasmic energy,” Battle explains. “We all have orgasmic energy potential, and the way in which we live our lives contributes to how we’re able to access that sexual energy. As a general rule of thumb, the more sexual energy you have access to, the more orgasms you can experience.”
If you want to specifically focus on having one orgasm after another in short succession, Battle has an additional suggestion: think of orgasming as riding a wave. “A lot of people have the experience of, ‘Okay, I’m on this wave of pleasure, and when that wave is over, that’s all I have in me,’” she explains. “But there’s actually the potential to continue riding that wave.” It might take some time to learn, but it’s worth it. “It’s a matter of being present for whatever happens and letting your body take over and do the work for you,” Battle says. “It’s a bit of a surrender.” In other words, if you've had one orgasm, don't stop doing what got you there, keep going!
You should also remember: it’s about the journey, not the destination. “People should keep in mind that having one set orgasmic goal can actually keep you from experiencing amazing pleasure in the process,” Battle says. “Enjoy the process, because the process is what’s going to get you the outcome that you want.”
Sex Toys
27 Sex Toys That Take Partner Play To A New Level
by Kelsey Miller
Sex Toys
The French Flexible Vibrator Our Wellness Writer Swears By
When it comes to vibrators, I know what I like — and, perhaps more importantly, I know what I don’t like. Up until very recently, my sex toy collec
by Karina Hoshikawa
Single Files
How I Reclaimed Desirability As A Black Woman After A Breakup
After the end of my first relationship, I couldn’t escape the feeling that the relationship was a fluke. Or, rather, that my ex’s attraction to me was.
by Sarah Githugu
Advertisement
Sex Toys
6 Anal Toys To Really Get Behind, According To A Sex Therapist
Maybe you stumbled onto this page because you’re curious about butt stuff — or maybe you’re a seasoned pro and are always keen on meeting you
by Karina Hoshikawa
Most Wanted
The Best Clitoral Vibrators, According To A Sex Therapist
by Karina Hoshikawa
Sex Toys
The 15 Best Oral Sex Toys That Reviewers Swear By
by Kasandra Brabaw
Most Wanted
The Best Suction Vibrators, According To A Sex Therapist
Suction sex toys defy everything you’ve come to expect from a vibrator. For starters, powerful thrusts and pulses are replaced with targeted waves of
by Karina Hoshikawa
Sex
The Best Lube According To The Most Satisfied Reviews
by Elizabeth Buxton
Sex Toys
Dame Just Unveiled Its First-Ever Wand Vibrator & Wow
From boundary-breaking subway ads to earth-shattering suction vibrators, there’s a lot to love about sex tech purveyor Dame. And now we’re addi
by Karina Hoshikawa
Horoscopes
Your Love Horoscope For 2022 Is Here, & These Are The Dates When ...
by Venus Australis
Sex Toys
These Remote Control Sex Toys Let Your Partner Control Your Orgasm
by Erika W. Smith
Dedicated Feature
Do You Feel Self-Conscious During Sex? Let’s Talk About It
Okay, we’ve all wondered what we look like during sex: Am I making a weird face? Is my hair doing that staticky thing again?? When’s the last time I sh
by Eliza Dumais
Advertisement
Advertisement
Discover
R29 Stories & News
Watch
R29 Original Series & Films
Shop
R29's Most Wanted