Skip navigation!
Story from Style
Photo: Samir Hussein/WireImage.
It’s been over two months since we last saw Meghan Markle and Prince Harry out and about — looking very L.A. cool in coordinating baseball caps, no less — in their new home base of California. But after far too long away from our favorite royal duo, we have finally spotted the Duke and Duchess of Sussex back on the streets this weekend, and, from the looks of it, their style is more relaxed than ever. So relaxed, in fact, that Markle’s linen dress is still available to shop — and it’s under-$80.
Advertisement
While out in Beverly Hills, Markle chose a summer-friendly frock by the brand Magic Linen. Most known for its sustainable bed and bath linens, the Lithuania-based brand also designs clothing made from the fabric. Her dress, called the Toscana dress, comes in white and light pink, has a high-low hemline, and boasts pockets (score). Markle completed the look with a pair of black-and-tan Sam Edelman flats, an oversized Janessa Leone straw hat, and a face mask.
Harry looked equally low-key in a brown baseball cap, a gray polo, jeans, and navy blue sneakers trainers. He, too, wore a face mask.
This isn’t the first time that Markle has worn something from an affordable brand. Since joining the royal family back in 2018, the Duchess has been spotted in a number of lower-priced garbs, her favorite retailers being Aritzia, Madewell, and Everlane, among others. But rarely, if ever, do we get an outfit from Markle that rings in below $100. And given the nature of the Meghan Markle Effect, it’s even rarer when said outfit isn’t instantly sold-out. Instead, the Magic Linen Toscana dress is still available in all sizes, from XS to XL, and costs $76. But knowing Markle fans, it won’t last long. Shop the look here before it’s too late.
At Refinery29, we’re here to help you navigate this overwhelming world of stuff. All of our market picks are independently selected and curated by the editorial team. If you buy something we link to on our site, Refinery29 may earn commission. 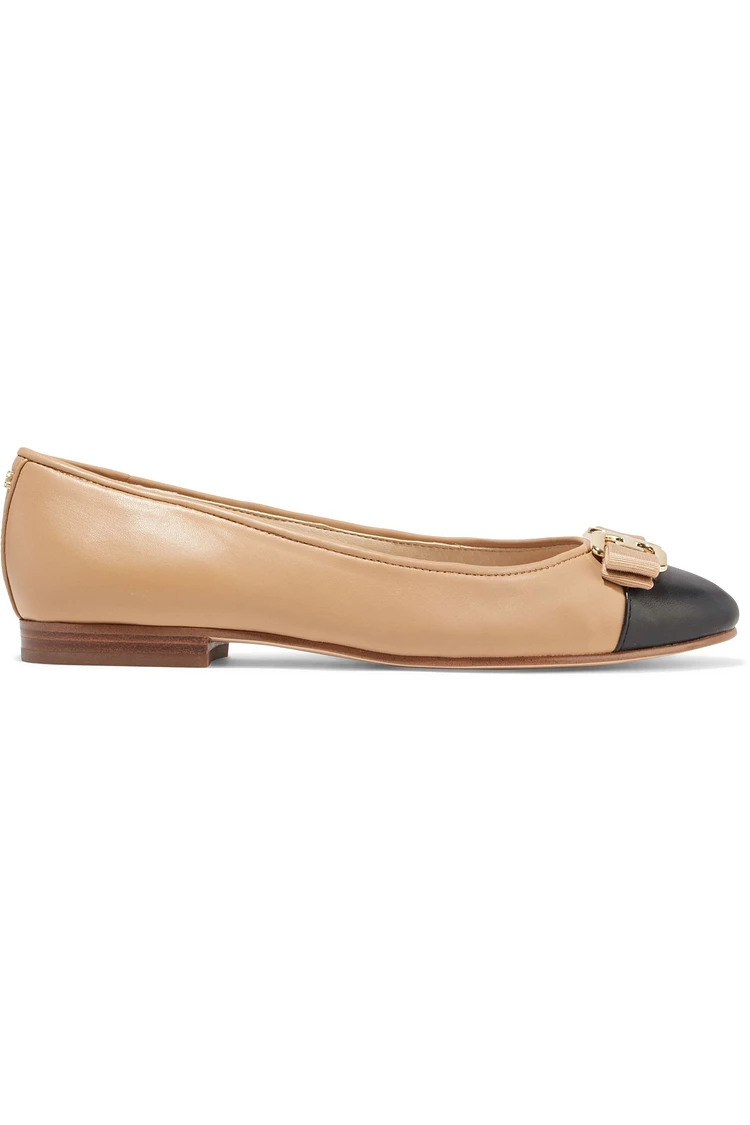 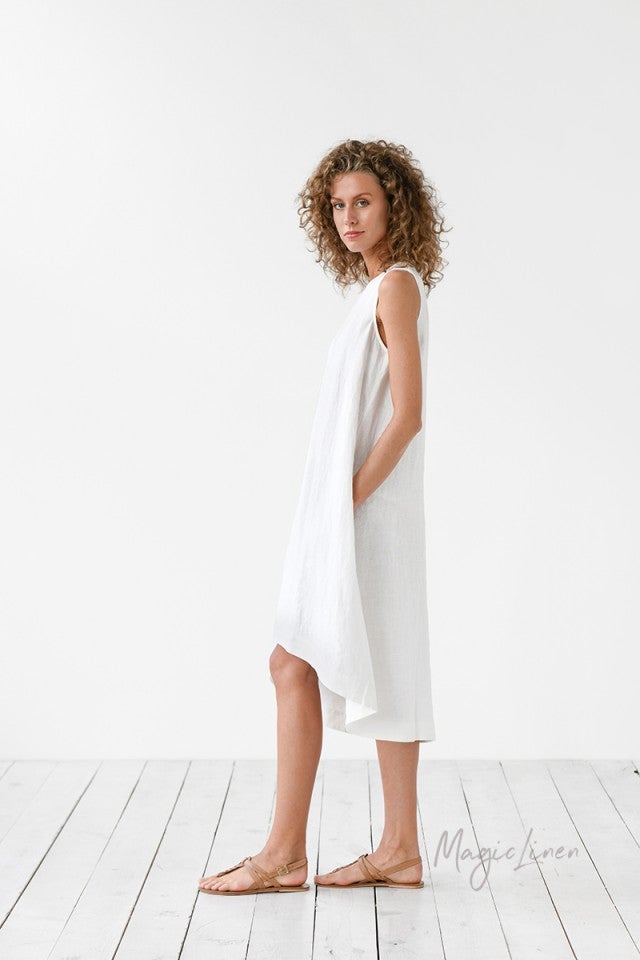 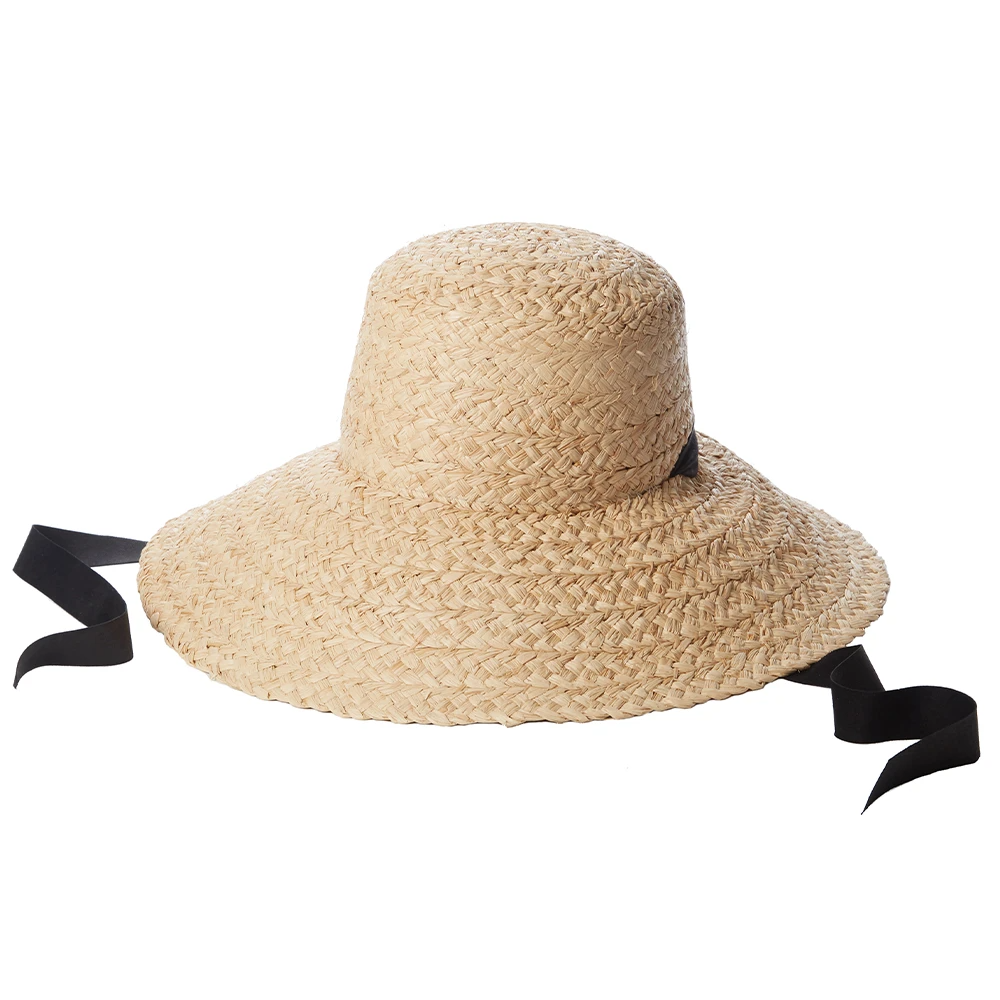 Janessa Leone
Sammy Hat
$265.00
Janessa Leone
Lingerie
Sevigne Has The Comfy Under-$80 Lingerie You’ll Actually Re...
Valentine’s Day calls for flowers, sweet treats, and show-stopping lingerie sets. Yet, after V-Day ends, we might still be relishing in chocolates an
by Vivien Lee
Style
These Are The Best Grammys Looks Of All Time
by Eliza Huber
Deals
Abercrombie & Fitch Has All Its Iconic Jeans 25% Off
by Mercedes Viera
Advertisement
Most Wanted
Yes, Ethically Made & Affordable Fine Jewelry Does Exist
Timeless, luxurious, sustainable. These characteristics usually go with high price points and unattainability. But luxury brand Quince is challenging the n
by Victoria Montalti
Fashion
7 Copenhagen Fashion Week Fall 2023 Trends To Try Now
Perhaps no other city is simultaneously as inspirational as it’s pragmatic when it comes to fashion trends as Denmark’s capital. Sure, New York, London
by Kristen Bateman
Spring Fashion Guide
Dear Frances’ New Collection Has The Shoes That Just Might Be You...
If Cinderella found her glass shoe on the palace steps, I found mine within Dear Frances‘ Pre-Spring Summer 2023 Collection. I first discovered the
by Vivien Lee
Most Wanted
This Last-Minute Jewelry Sale Is A Treasure Trove Of Unforgettabl...
Searching for a new and unique jewelry brand is like a treasure hunt. But when you finally stumble on one like NAiiA, it’s a reward. Perusing the Los Ang
by Victoria Montalti
Deals
The 36 Best Early Presidents Day Sales You Can Shop Right Now
While February barely just started, it’s never too early to prepare for what, among the shopping cognoscenti, is a true sales holiday for the books.
by Mercedes Viera
Handbags
The Boho Leather Bag That Hundreds Of Reviewers Call “Perfect”
Does the perfect handbag exist? It’s a question that we find ourselves asking quite often as shopping experts, especially when fashion month rolls ar
by Amanda Randone
Shopping
Everlane’s New Drop Is Dressy, Wrinkle-Resistant, & Machine...
We’re very much guilty of describing Everlane as a source for effortless, elevated basics (granted, which the brand is!) — but its latest collectio
by Jinnie Lee
Fashion
Oversized Handbags Are 2023’s Most Functional Trend
The fashion world has been bracing for the return of extra large bags for a while now. But the spring 2023 runways, which confirmed their triumphant return
by Frances Solá-Sant...
Fashion
The Best Winter Street Style At Copenhagen Fashion Week
February is here, marking the beginning of a back-to-back whirlwind of fashion weeks around the world that we commonly know as Fashion Month. Over the past
by Frances Solá-Sant...
Advertisement
Advertisement
Discover
R29 Stories & News
Watch
R29 Original Series & Films
Shop
R29's Most Wanted