Skip navigation!
Story from Style
Photo: Paramount/Photofest.
The heart baby tee made famous by Brittany Murphy’s character Tai in Clueless is once again making the rounds, this time as the quarantine style favorite seen on Instagram feeds everywhere.
Since the cult film’s 1995 debut, there have been countless outfit recreations: Cher’s yellow plaid skirt suit, Dion’s over-the-top hats, and Tai’s tie-dyed heart baby tee. Where did everyone buy the latter from? A beloved brand, known in the ‘90s as Tease Tees, created by stylist Linda Meltzer. The fashion line, which Meltzer started two years prior to the release of Clueless, was already revered by A-listers like Drew Barrymore and Naomi Campbell. It was when the film made its way onto the big screen, though, that Tease Tees’ popularity skyrocketed.
Advertisement

According to Vogue, Mona May, the costume designer for the film, didn’t actually source the T-shirt design from Meltzer, who first created the shirt based on a Grateful Dead band tee she owned. Even so, following its release, every teenage girl and her crew of Clueless obsesses wanted to get their hands on a Tease Tees shirt. Eventually, Meltzer, whose brand has since been re-named Pretties, stopped producing the style. That is, until two years ago, when she released a re-issue.
Fast-forward to now, two years after the re-issue caused every nostalgic 20-something to post a #throwback photo in Tai’s baby tee. It’s 2020, and we’re all quarantining at home, trying to entertain ourselves in whatever ways we can, which, yes, includes re-watching our favorite ‘90s movies like Clueless. Just like the first time, we’re drawn into the world (and revolving closets) of Cher, Dionne, and Tai — and the latter’s iconic heart tee style.
Over the last five weeks of quarantine, we’ve spotted the T-shirt — in a long-sleeved version and the original short-sleeved edition — all over Instagram. Step aside matching sweatsuits, the baby tee has officially become the It item of quarantine.
And luckily, since Pretties is still open to online orders, you can still get your hands on the baby tee. See how it’s being styled and shop the trend for yourself, below. 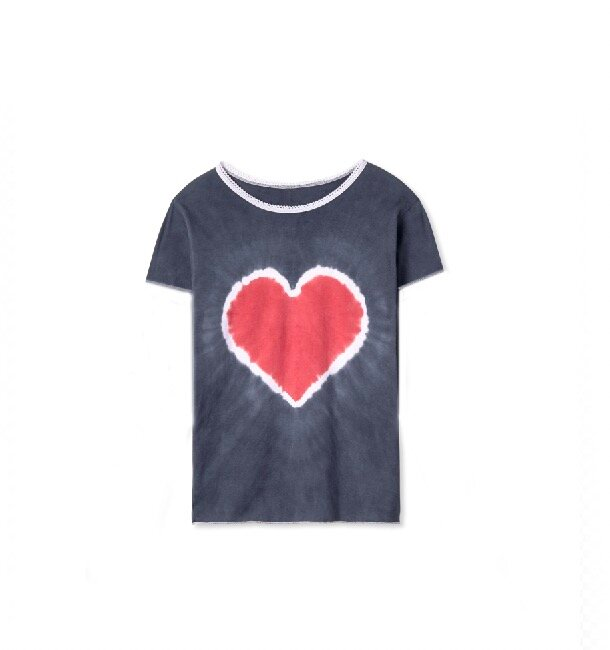 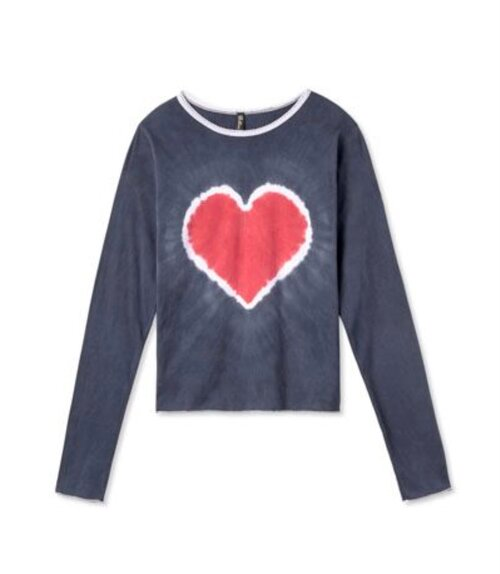 Fashion
These Will Be The Biggest Fashion Trends Of 2022 — Shop Them Now
by Laura Lajiness Ka...
Shopping
A Clog-Shopping Guide: The Good, The Rad & The Fugly
by Emily Ruane
Engagement Rings
7 Engagement Ring Trends That Will Be Big In 2022, According to E...
Pairing the notion of a fashion trend with something as long-lasting as an engagement ring can seem counterintuitive — the latter is equated with timeles
by Nicole Kliest
Advertisement
Fashion
Logomania 2.0 Is One Of 2021’s Defining Trends
Earlier this year, Gucci and Balenciaga “hacked” each other’s collections in an attempt to push beyond the boundaries of conventional brand collabora
by Frances Solá-Sant...
Fashion
It’s Party Shoe Season: What Makes A Festive Pair?
Whether you’re making an entrance at a glitzy holiday soirée or dressing up at home just because, the ability to safely toast the season is reason enoug
by Jenn Barthole
Fashion
Move Over Sequin Dress, This Holiday Season It’s All About The Pa...
To most, the December soundtrack of yuletide tunes and jingle bells signals the fast-approaching, snow-dusted end to yet another year. But to anyone who lo
by Amanda Randone
Fashion
Slope Style Is The New Street Style: Why Après Ski Is Trending Th...
Last year, when the first House of Gucci cast photo — featuring Adam Driver and Lady Gaga in ‘80s-style winter outfits — emerged online, it forecaste
by Frances Solá-Sant...
Denim
Welcome Balloon Pants: The Denim Trend That’ll Convince You...
It’s been a difficult year for skinny jeans lovers. In February, TikTok, Gen Z’s go-to platform, declared the It denim trend of the ‘00s “uncool”
by Frances Solá-Sant...
Fashion
From Footpath To Front Row: Why The Hiking Boot Will Be Winter’s ...
After a year-long blur of evolving restrictions coated in copious amounts of hand sanitizer and doom scrolling, one of our main takeaways from 2021 is that
by Amanda Randone
Designers
The ‘90s Skirt Suit Is Back & It’s Shorter Than You Remember
Since first entering the fashion lexicon in the 1920s, thanks to Chanel, the skirt suit underwent little change over the years. In fact, it wasn’t until
by Frances Solá-Sant...
Unbothered
6 Fashion Pieces R29Unbothered Is Loving This Fall
by Venesa Coger
Most Wanted
25 Trench Coats That Prove There Are Many Ways To Rock The Trend
by Alejandra Salazar
Advertisement
Advertisement
Discover
R29 Stories & News
Watch
R29 Original Series & Films
Shop
R29's Most Wanted