Skip navigation!
Story from Celebrity Beauty
PHoto: Stefania M. D'Alessandro/Getty Images.
Between the provocative storylines, thoughtful casting, and eye-catching makeup, it's no surprise that it only took one season for HBO's Euphoria to become a household name. But last summer's runaway teen drama did more than provide breakout roles for much of its young cast — it also changed the beauty space.

From face decals to cloud makeup, the bold aesthetic in the series — designed by makeup department head Doniella Davy — swept music festivals, Halloween parties, and New York Fashion Week. And now, Euphoria's stars are so known for the show's makeup, they're landing beauty contracts. In January, Becca Cosmetics announced Barbie Ferreira as its new spokesperson and as of today, MAC Cosmetics has tapped Alexa Demie, who plays Maddy Perez on the show, to front its latest campaign launch.
Advertisement

As expected, the new products have the same vibe as the bold makeup worn by Demie's character: MAC's launch includes a 12-hour, high shine metallic eye shadow called Dazzleshadow Extreme, available in nine shades, plus a smudge-proof brow gel called Eye Brows Big Boost Fibre Gel, which comes in eight shades. What's more, MAC is also using the occasion to reveal a revamp of 36 of its classic eye shadows, including brights like Coral and Cobalt, as well as neutrals like Carbon (a matte black) and Finjan (a warm brown) to be even more pigmented.

From what we've seen so far, Demie and MAC seem like a perfect match. (If you follow Demie on social, you know she wears bold makeup off-screen, too.) "I fell in love with all of the colorful eye shadows," Demie says. "Especially the blues, greens, and pinks that made it so much fun to create beautiful eye looks."
Whether MAC is getting everyone ready for the return of Euphoria (set to release later this year) or the fast-approaching festival season, the makeup brand is surely providing more bold inspiration with these products and visuals. Ultimately, we're thrilled to see bright makeup going strong in 2020 with Demie as the perfect reminder. 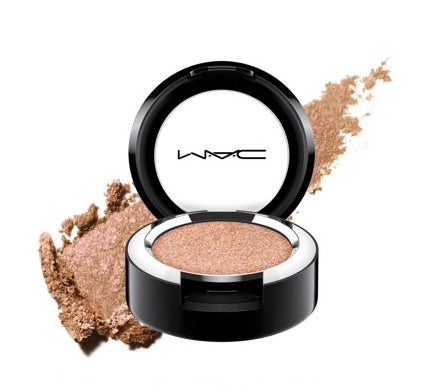 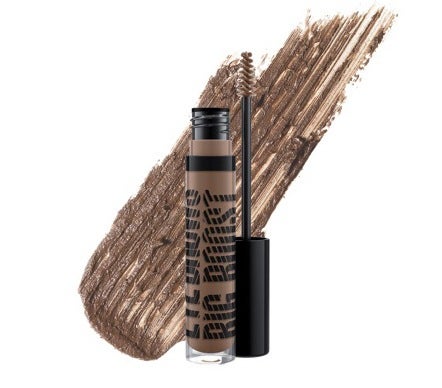 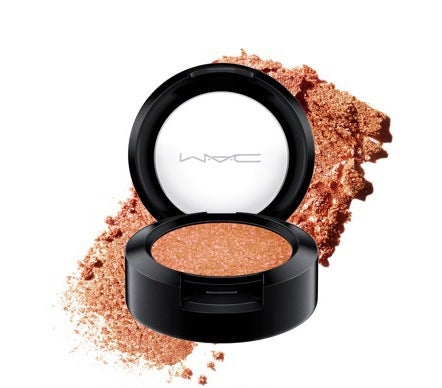 MAC Cosmetics
Eye Shadow
$17.00
MAC Cosmetics
At Refinery29, we’re here to help you navigate this overwhelming world of stuff. All of our market picks are independently selected and curated by the editorial team. If you buy something we link to on our site, Refinery29 may earn commission.
Related Content:
Beauty
This Ophthalmologist-Developed Mascara Is Actually, Really Good
When it comes to mascara, I’m a tough customer. I want length and definition but not too much volume. But I also don’t want a mascara that’s too subt
by Karina Hoshikawa
Beauty
Beauty School: Makeup In The Boardroom
by Hilary Shepherd
Dedicated Feature
From Siren Eyes To Invisible Eyeliner, Here’s How To Recreate Tik...
From propelling products into virality to persuading millions to try unexpected — and let’s be honest, sometimes questionable — tips and hacks, TikTo
by R29 Unbothered
Advertisement
Dedicated Feature
An Architect, A CEO, & More Latinx Professionals On How They Use ...
by Hilary Shepherd
Beauty
Kylie Jenner Says Her New Lip Gloss Gives “Tingle And Plump...
Lip stuff is all the rage right now. Glosses, stains, tints, liners, overnight plumping masks, there are so many options, but as a longtime authority in th
by Megan Decker
Beauty
3 Beauty Editors Tested (& Loved) Charlotte Tilbury’s New C...
In my opinion, concealer is one of the most versatile makeup products at one’s disposal. Whether you apply it to make spots disappear or allover in p
by Karina Hoshikawa
Beauty
12 Travel-Friendly Makeup Bags To Bring Your Routine On The Go
by Erika Stalder
Beauty
I Tried Lip Slugging & My Lips Are So Good I Don’t Need Balm
Welcome to Beauty In A Tik, where each week we put TikTok’s viral beauty hacks and innovative trends to the test. They say the driest place on Earth
by Jacqueline Kilikita
Dedicated Feature
How To Keep Your Makeup From Melting This Summer, According To R2...
When temperatures rise, you likely tweak your beauty routine in some fashion, whether that means opting for a no-makeup makeup or more playful aesthetic, r
by R29 Unbothered
Beauty
I’m A Blush Person Now Thanks To Rare Beauty
I remember the first time a makeup artist ever graced my cheeks with blush; I was seven years old and celebrating Shichi-Go-San, a traditional Japanese rit
by Karina Hoshikawa
Most Wanted
Kosas’ New Treatment Is A Lip Plumper With Zero Pain — Just...
I remember the first time I ever tried a lip plumper. The year was 2007, and I was waiting for eighth-grade American History class to begin. Before the tea
by Karina Hoshikawa
Makeup
We Tried Halsey’s New Affordable Makeup Brand af94
When Halsey announced their first foray into beauty, about-face, in 2021, I for one couldn’t wait to try the products out. Between the pigmented eye
by Karina Hoshikawa
Advertisement
Advertisement
Discover
R29 Stories & News
Watch
R29 Original Series & Films
Shop
R29's Most Wanted