Skip navigation!
Photo: Courtesy of Mercedes Viera.
Calling all witches (whether costumed for the big spooky holiday or otherwise). This deck is just what you're spooky season has been missing. A modern tarot deck may strike you as an oxymoron; according to Robert Place in The Tarot: History, Symbolism, and Divination, the cards developed in northern Italy in the early fifteenth century. But, in 2022, this Late Middle Age practice has become as commonplace as waking up and checking your Co—Star horoscope app. Many use tarot cards as a sort of pocket-sized spiritual therapist — or, as R29 writer Elizabeth Gulino describes it, "The cards are less about predicting the future than about providing guidance around how to best cope with things that crop up day to day." This brings us to The Modern Witch Tarot Deck: a diverse and contemporary take on the old-school Rider-Waite-Smith version that boasts a rare 4.9-out-of-5-star rating and over 19,000 reviews on Amazon. Illustrated by comic-book artist Lisa Sterle, the cards are brimming with everything from iPhones to LGBT+ themes and POC representation that its impassioned internet following calls beautiful and validating. After purchasing The Modern Witch from ESP, a spiritual store in Williamsburg, NY, I quickly became a dedicated member of its stan club and decided to investigate its viral online success even further.
Advertisement
“

Shop This
Lisa Sterle
The Modern Witch Tarot Deck
$21.99$26.99
Amazon
Described as a "youthful" and "contemporary" take on traditional tarot imagery, the $21.99 deck is perfect for beginners; "I'm a tarot reader and I have many tarot decks but this is one of my favorite go-to decks! The imagery is so on point and sometimes when my intuition is a bit blocked, this deck is still easy to channel messages for myself," Amazon reviewer The Cosmic Aquarian Goddess confirms. It includes all 22 major arcana cards, the four suits of the minor arcana, two additional cards — the notable of which states: "You are a badass being. Full of life, love, and possibilities. Through this deck, may you find a path to your best self." — and an interpretation guidebook. (There's a separate journal you can buy to keep track of your readings, too.) The cards are substantially heavy with a thick glossy finish that feels suited for outlasting years of daily use. Although weighty stock can make shuffling difficult, I easily adapted to the feel of these cards in my hands after a few readings. "This deck. I got goosebumps when I took the cards out. The card stock is fantastic. I’m a terrible snob about card stock but I’m totally swooning over this deck. It’s VERY thick," Amazon reviewer Spartygirl commented.
“

I needed something with the original symbolism, but in a contemporary fashion to help me understand tarot for my modern, everyday life. It’s like this deck was made for me!

Amazon Reviewer
”
Aside from its just-over-$20 price tag, readability, and high quality, why are over 19,000 reviewers swooning over this deck? The magic lies in its representation. Oftentimes new-age spiritual practices are whitewashed with decks that are extremely gendered and soaked in heteronormativity. The Modern Witch Tarot Deck demands a higher standard; one where the spiritual world represented in the cards matches the diversity we see in real life. The Modern Witch replaces those all-white and mostly male cards of tarot decks past with the inner spirits of female bodies, queer folk, and POC. Although some argue that its all-female representation is gender exclusive, I personally found a creative portrayal of gendered archetypes from feminine to masculine and non-binary featured throughout — a sentiment that Amazon reviewer, Kkato, echoes: "The gender representation is just more fluid and nuanced. There is masculinity and femininity in this deck, it's just not represented in a binary system."
Advertisement
“

If I could have a conversation with the person who made this deck, it would be to thank her for helping me feel seen.

Amazon Reviewer
”
Shop This
Lisa Sterle
The Modern Witch Tarot Deck
$21.99$26.99
Amazon
As with any tarot deck, whether it's your first or your tenth, it's important to feel drawn towards your cards; “We find that individual decks can call to our inner spirit," Mysticalcraft Arriana, Keen.com advisor and tarot card reader, explains. This was my first deck and, as thousands of other reviewers also shared, I feel as though it were made for me. I'm a Puerto Rican, non-binary lesbian who can present both masculine or feminine — so, in my readings, sometimes it was the King or the Queen or the Knight of Swords who popped out to represent me. No matter which card I dealt, the illustrations spoke to my spirit by not adhering to traditional gender norms. Now that's special.
Whether you've been considering getting into tarot or are a seasoned expert who reads for LGBT+ and POC clients, I recommend The Modern Witch Tarot Deck wholeheartedly. With a visual vibrancy that's more than matched by its spiritual powers, my readings (both personal and with others) have conjured up feelings of being seen, heard, and comforted.
“

As a biracial lesbian woman, I wanted a deck that could resonate with my spirit and these cards honestly make me feel so validated and seen. 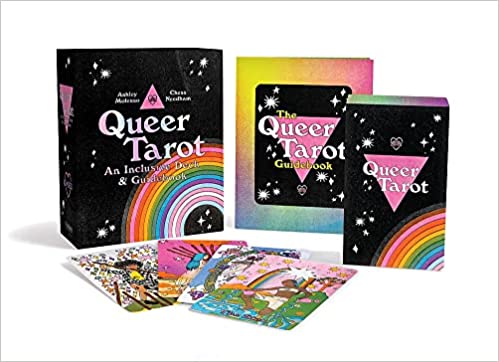 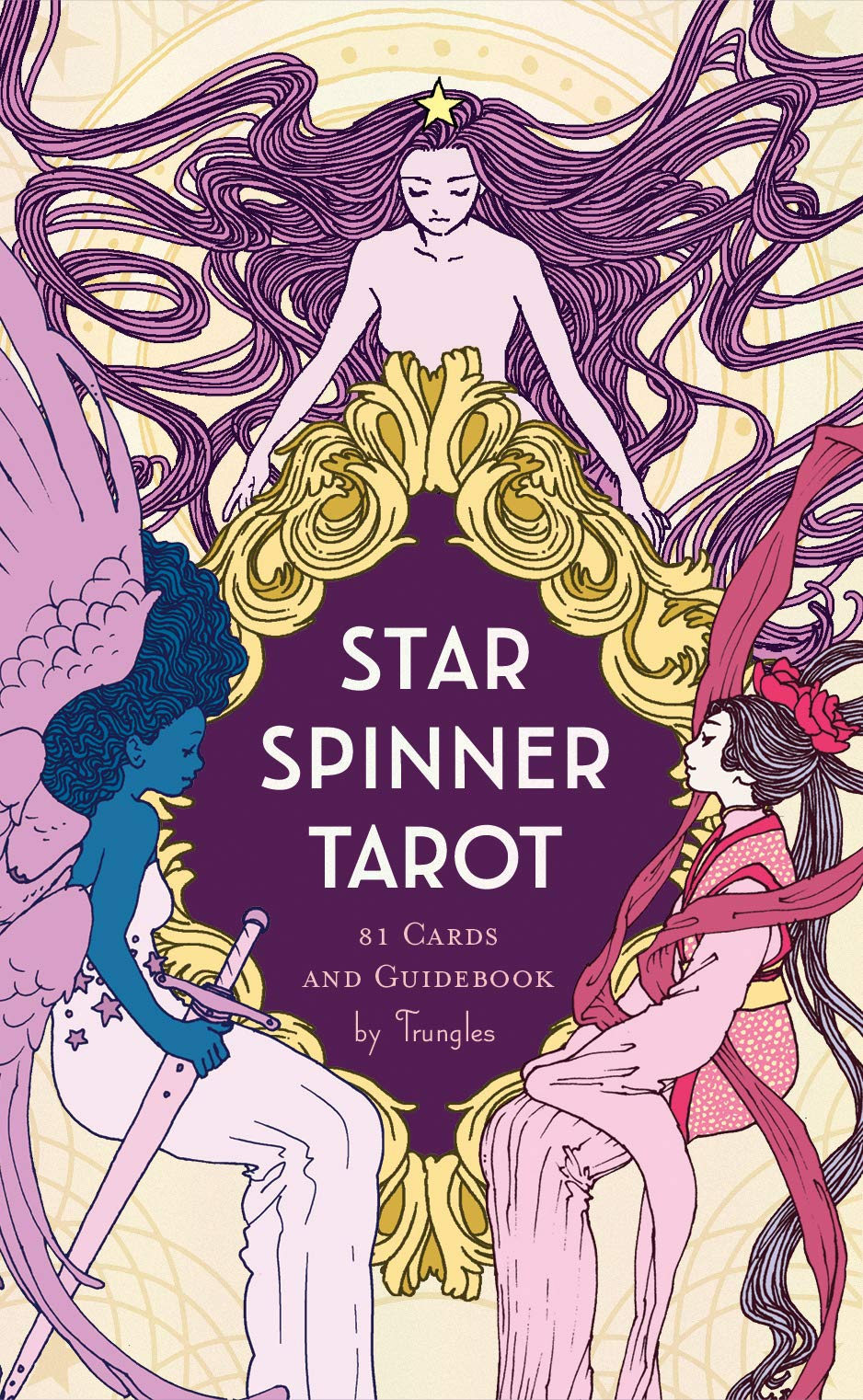 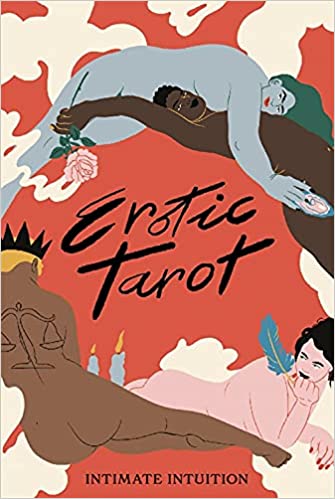 Sofie Birkin
Erotic Tarot: Intimate Intuition
$17.99
Amazon
At Refinery29, we’re here to help you navigate this overwhelming world of stuff. All of our market picks are independently selected and curated by the editorial team. All product details reflect the price and availability at the time of publication. If you buy something we link to on our site, Refinery29 may earn commission.
Gift Guides
12 Magical Gifts Your Witchy Bestie Will Love On Their Altar
In the grand shopping universe of spirituality and witchcraft, it can be really overwhelming to choose the perfect gift for your spell-casting bestie. What
by Mercedes Viera
Spirit
The Full Moon In Gemini Wants You To Go For Your Goals
The last full moon of 2022 occurs on December 7th at 11:06 p.m. EST in the sign of Gemini, ending the story that began during the new moon in Gemini on Jun
by Lisa Stardust
Horoscope
Your Horoscope This Week: December 4th To 10th, 2022
by Refinery29 Contri...
Advertisement
Horoscopes
Neptune Is Going Direct & It’s Time To Manifest Your Dreams
Neptune, a planet with an otherworldly and ethereal quality to it, began the six month planetary moonwalk on June 28 – otherwise known as Neptune Retrogr
by Lisa Stardust
Horoscope
Your December Horoscope Is Here — It’s Time To Put Yourself...
by Lisa Stardust
Living
Lana Del Rey’s Psychic Predicted My Future & It Was Eerie
In life there are moments so surreal, so bizarre, it’s safe to say the likelihood of them ever happening again are a firm zero. Now is one such moment. T
by Maybelle Morgan
Horoscope
Your Horoscope This Week: November 27th To December 3rd, 2022
by Refinery29 Contri...
Horoscope
Jupiter Is Going Direct & Good News Is Coming Your Way
As one of the most powerful and biggest planets in the solar system, Jupiter’s energy can be felt immensely by us earthlings. It’s the planet of luck,
by Lisa Stardust
Horoscope
Your Horoscope This Week: November 20th to November 26th, 2022
by Refinery29 Contri...
Horoscope
Sagittarius Season Is Here & It’s Time To Have Some Fun
We are moving out of the deep emotional waters of Scorpio season and into the fun loving adventurous Sagittarius Sun on November 21st PST and 22nd EST unti
by Lisa Stardust
Spirit
Venus In Sagittarius Is Bringing Joyous Vibes In Love
From Nov. 15 PST and 16 EST to Dec. 9, Venus, the planet of sensuality, pleasure, and social graces, will be in fiery Sagittarius. At this time, we’
by Lisa Stardust
Horoscope
Your Horoscope This Week: November 13th to November 19th, 2022
by Refinery29 Contri...
Advertisement
Advertisement
Discover
R29 Stories & News
Watch
R29 Original Series & Films
Shop
R29's Most Wanted