Skip navigation!
Story from Celebrity Beauty
In a few short years, Dr. Pimple Popper has gone from a punny YouTube persona catering to a very niche (but massive) audience of popaholics to a household name. She's grown so popular, in fact, that the real-life dermatologist behind the pseudonym, Dr. Sandra Lee, has smartly leveraged her platform into an empire that's now worth millions.
So, how has the woman behind the internet's gnarliest blackhead extractions and lipoma excisions made it happen? Ahead, we break down Dr. Lee's many streams of income — including a book deal, skin-care line, TV show, and of course, that good, good passive income accumulated by the YouTube platform that started it all.
Advertisement

When we spoke to Mr. Dr. Pimple Popper — Dr. Lee's husband and fellow dermatologist, Dr. Jeffrey Rebish — back in January, he told us the intimate details of how the pimple-popping brand was born in secret. "She actually didn't even tell me what was going on until she had a serious following. Once YouTube was paying her and the videos were actually bringing in money, she filled me in," Dr. Rebish said. "Then, the craziest thing happened: Some media outlet found her page and reposted one of her videos. After the news was out there, it was wildfire. Sandra went from something like 5,000 to over 80,000 subscribers within a week, and we were fielding calls from a handful of production companies who wanted to put her on TV."
Fast forward to today, and the platform has over 5.5 million loyal subscribers. Monetarily speaking, the flow of web-based video revenue is complicated — you have to take into account the role of advertisers, and the platform's cut of the earnings — but according to a 2018 Wealthsimple interview with Dr. Lee, she admitted that before YouTube changed the content-creator monetization policy, she was making six figures a month through the Dr. Pimple Popper channel alone.
"Before YouTube demonetized, posting my videos was quite lucrative. At one point, my channel was bringing in six figures a month, and that was ridiculous," Dr. Lee told Wealthsimple. "But that ended. Still, I was lucky enough to have already built an audience. If I started posting to YouTube now, I don't think I could build up anything close to what I have."
Advertisement

As Dr. Rebish said, TV networks began approaching Dr. Lee about a potential reality show after seeing her insane YouTube success, which is how TLC's Dr. Pimple Popper came to fruition. Unsurprisingly, the show was a runaway hit, and is now airing its third season. What is surprising, however, is that the show is actually reported to be more of a publicity platform for Dr. Lee, as opposed to a liquid source of income.
"I'm not getting paid anything for the show, really," she told Wealthsimple. "But I'm so fortunate to have this — that this has been offered to me — and I'm so fortunate that they're making me look good." Proof that publicity pays.

If there was one facet of the Dr. Pimple Popper brand that Dr. Lee leans into the most, it would be her skin-care brand, SLMD Skincare. The entire retail line includes over 20 products (from acne cleanser to spot treatment to daily moisturizer), with the top-sellers newly slotted onto the shelves of Target — which we have to assume will be a fruitful partnership on both sides. 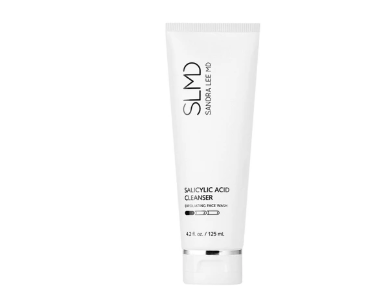 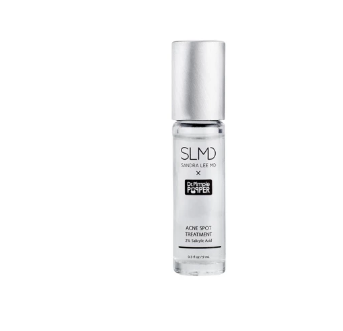 Last year, Dr. Lee published a book called Put Your Best Face Forward, a comprehensive, illustrated guide to pimple popping and a wide gamut of skin abnormalities from the pro herself. You can buy a hardcover copy for your coffee table for just $13 on Amazon. While we don't have exact sales numbers on the book, it's yet another way that Dr. Lee has established herself in homes across America.
Advertisement

Before Dr. Lee became the viral sensation she is today, she was running her cosmetic dermatology practice out of her office in Upland, California. Today, even with a reality show, active YouTube channel, book, and skin-care line, Dr. Lee is still treating regular patients — not just the rare mystery cases that make it to TV, but also thousands of others that don't.
All revenue streams considered, some estimate that Dr. Lee's net worth is north of $8 million — and will likely continue to grow considering her savvy diversification and new reach, extending well past the closeted popaholics of the world.
At Refinery29, we’re here to help you navigate this overwhelming world of stuff. All of our market picks are independently selected and curated by the editorial team. If you buy something we link to on our site, Refinery29 may earn commission.
Beauty
From Malibu To Williamsburg, Inside Kaia Gerber’s Jetsetter...
After spending a Sunday by the pool at her parents house in Malibu, Kaia Gerber slides her Five-Minute Journal in a pre-packed carryon and catches a red ey
by Megan Decker
Unbothered
Tiara Willis & Shaniah Bell Share Tips On Building Community Thro...
There were only two things that got me through the 2020-2021 pandemic lockdowns:  incredible music releases (like Chloe x Halle and Kehlani) and the g
by Venesa Coger
Beauty
FYI: Jake Gyllenhaal’s House Smells Like Pasta Pomodoro
To say I was amped to meet Jake Gyllenhaal would be an understatement and leave out the fact that I had teary eyes when I FaceTimed my friend to tell her a
by Megan Decker
Advertisement
Celebrity Beauty
R.E.M. Enters A “Fun, New Chapter” At Ulta Beauty
I’m in a Zoom hold, waiting for the meeting host — Ariana Grande‘s PR team — to let me in to a Zoom room with the talent herself. Once I he
by Megan Decker
Celebrity Beauty
Tefi Talks Liquid Nose Jobs & “Jellyfishing” Her Way ...
My favorite thing about Tefi, or Estefanía Vanegas Pessoa, is that she’s not trying to please anyone. Not her Colombian mother. Not her bosses at In
by Megan Decker
Beauty
A Minute-By-Minute Breakdown Of Drag Transformation
Miss Fame, or Kurtis Dam-Mikkelsen, is a gender non-conforming drag and makeup artist, model, and one of the biggest names in fashion and beauty. Previousl
by Amanda Mitchell
Celebrity Beauty
Angus Cloud Smells Like A Cocktail Party
Last week, a five minute meeting looming on my Google Calendar felt really big. Because of the short window of time on the reminder, the blue bubble was te
by Megan Decker
Beauty
Busy Philipps Embraces A Grunge Look & $35 Retinol
Busy Philipps‘s performance as Kim Kelly on Freaks and Geeks defined, for an entire generation, the trope of the ride-or-die best friend. In the late
by Amanda Mitchell
Unbothered
We Tried It: Unbothered Reviews Marsai Martin’s Press-On Nails
by Venesa Coger
Beauty
Claws Was Always A Show About Beauty And Vengeance
On its face, Claws has always been a show that a viewer could enjoy on mute. It’s a campy, noir ensemble show that never strayed away from being Too Much
by Amanda Mitchell
Celebrity Beauty
Rihanna’s Pregnancy Beauty Routine Is Surprisingly Simple
When you hear people talking about those women who can do it all, I’m fairly certain they’re all actually referring to Rihanna. The 33-year-old
by Sara Tan
Beauty
I’m A Country Musician & These Are All The Products I Use I...
Country music singer Yola Carter explained that a Beauty Diary for a touring artist can be a bit of a daunting task, given that she spends a lot of her tim
by Amanda Mitchell
Advertisement
Advertisement
Discover
R29 Stories & News
Watch
R29 Original Series & Films
Shop
R29's Most Wanted