Skip navigation!
Wedge sneakers are gearing up for a comeback — at least, according to Isabel Marant. Ten years after the brand first launched the controversial shoe style that everyone either loved or hated, the French designer announced on Tuesday that the Beketts, suede wedge sneakers with velcro closures, got a makeover.
This time around, the style — which was famously worn by Beyoncé in her music video for “Love On Top,” as well as other A-listers in the 2010s, including Alicia Keys, Kate Bosworth, and Kerry Washington — includes a near-four-inch heel, two of which are concealed inside a chunky (and currently on-trend) sole. That, and a slew of new colorways, including moss green, red, yellow, black, and white, as well as a new name: the Balksee.
Advertisement
Though trends from the 2000s have been popping up left and right these days — hello visible thongs, platform flip flops, and low-rise jeans! — we weren’t expecting a return to the mid-2010s for at least another decade. Marant, however, doesn’t believe wedge sneakers were ever out of style. “I’ve never stopped wanting to wear them,” Marant said of her signature style in a press release. “The most comfortable things are the things you will always wear and that you are never fed up with.”
If you agree, head over to IsabelMarant.com to pre-order a pair, which costs $770, for yourself. That, or you can try secondhand sites like Vestiaire Collective and The RealReal, where retro pairs are going for as little as $50.
At Refinery29, we’re here to help you navigate this overwhelming world of stuff. All of our market picks are independently selected and curated by the editorial team. If you buy something we link to on our site, Refinery29 may earn commission. 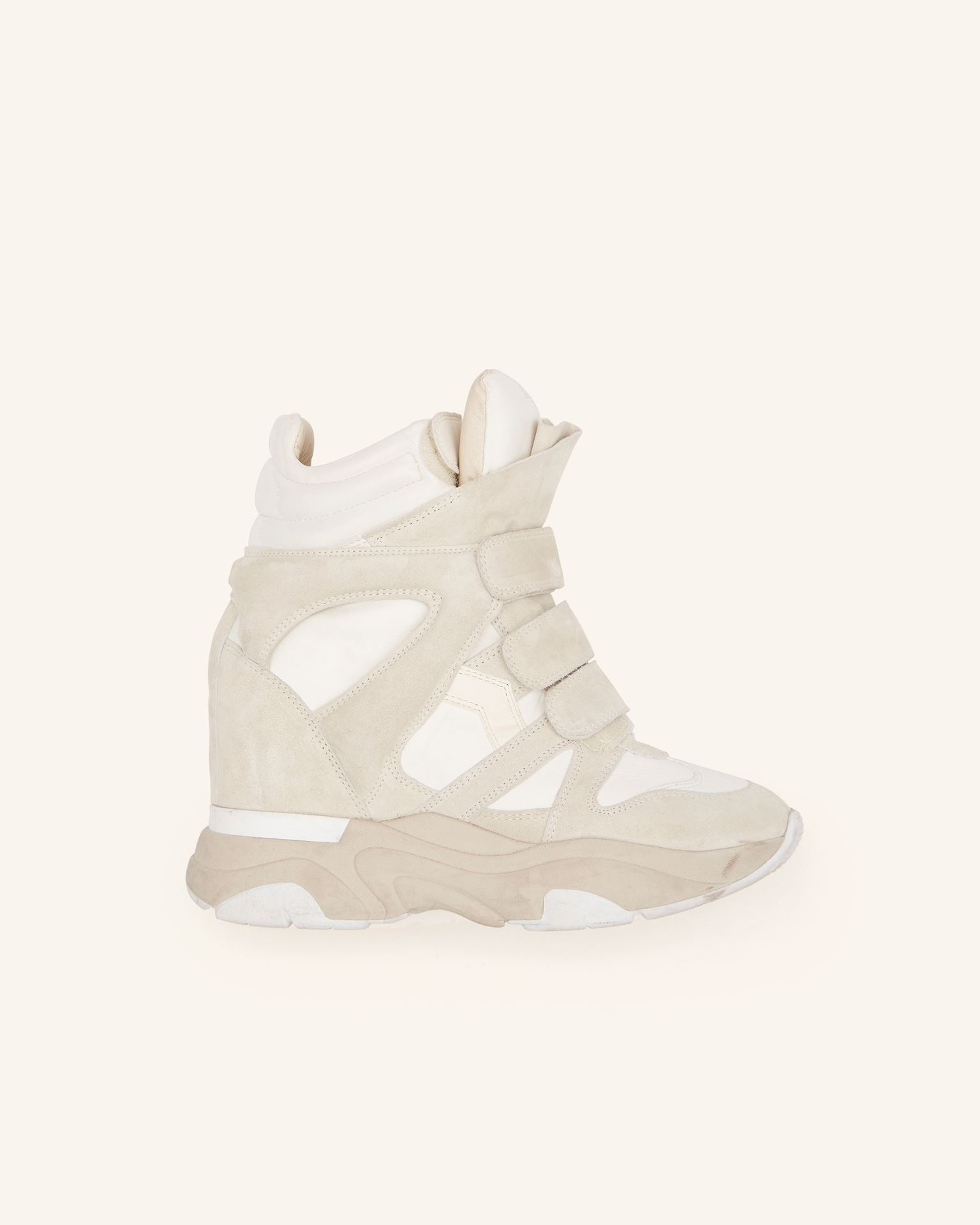 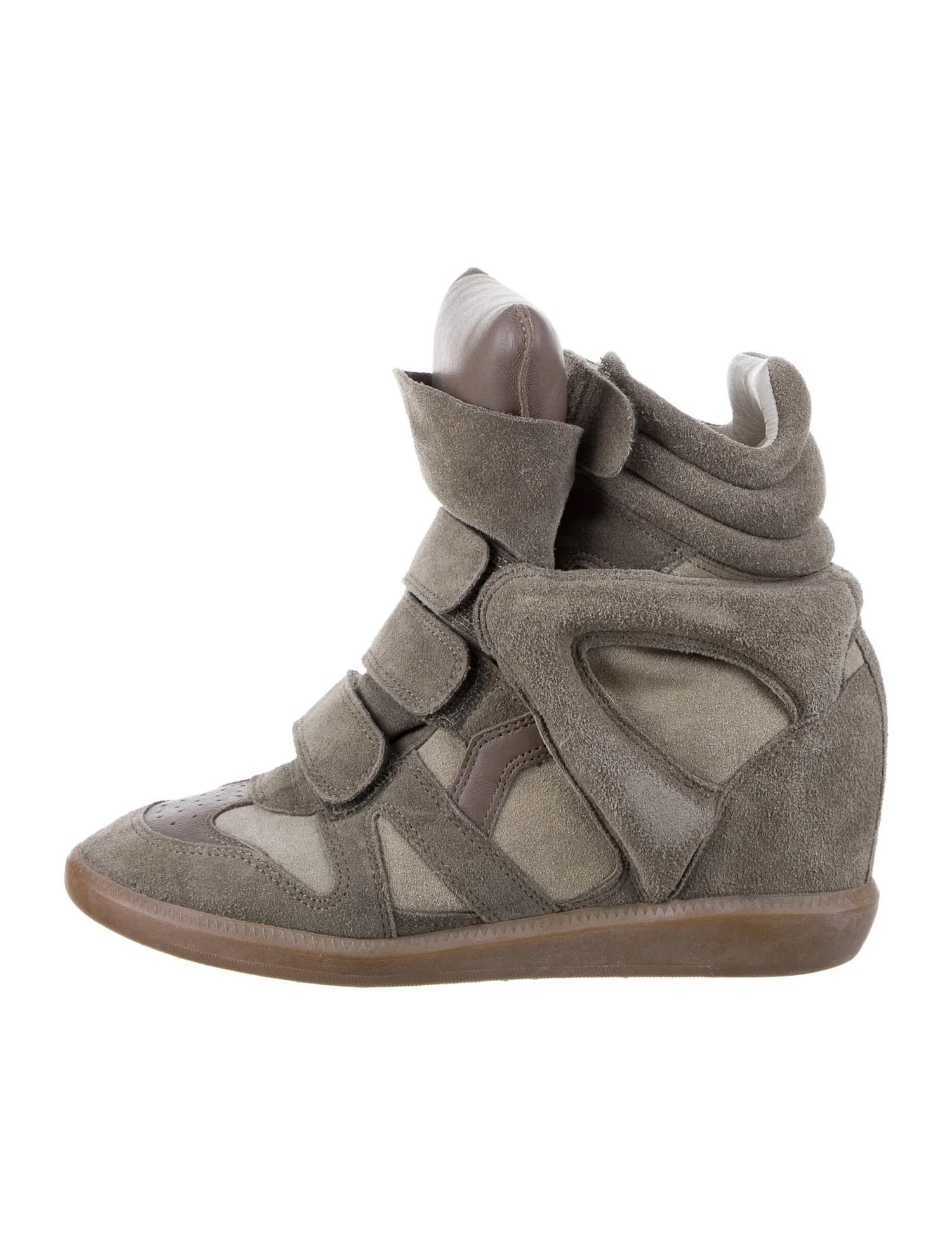 Isabel Marant
Suede Wedge Sneakers
$123.25$145.00
TheRealReal
Most Wanted
Hydration Packs Are Cool, Actually
I’ve always been a fan of backpacks, crossbody purses, and belt bags for their practical, hands-free benefits. A girl has places to go and people to see,
by Karina Hoshikawa
Shopping
The FP Movement x Hoka Collab Is Bright, Airy, and Workout-Ready
You’re reading an On-Site Shopping story — meaning you can browse, add to cart, and actually purchase the product recommendations featured be
by Vivien Lee
Fashion
We Tested The Best White T-Shirts & Here's What We Found
by Michelle Li
Advertisement
Fashion
19 Plus-Size Hot-Weather Basics That Make Getting Dressed A Breeze
Being a human adult is hard. You are solely responsible for your well-being. From making sure you replace your toothbrush and underwear regularly to decidi
by Chichi Offor
Home
The Best Coastal Grandma Decor You Can Buy For Under $100 On Amazon
The most recent aesthetic trend spawned by the TikTok monster is hereby known as Coastal Grandma. A nod to the leading ladies of Nancy Meyers’ movies
by Elizabeth Buxton
Plus-Size Fashion
A Gear Guide For Plus-Size People Who Love Hiking & Camping
by Chichi Offor
Plus-Size Fashion
16 Places To Get Plus-Size Clothing On Sale This Week
by Chichi Offor
Dresses
The Summer Dress Of Your Dreams Has Pockets
by Simone Oliver
Deals
Here’s 30% Off An Expensive-Looking London-Based Jewelry Brand
Not that you ever need a reason to treat yourself to some diamonds — or, in this particular case, just-as-shiny, way more affordable cubic zirconia stone
by Jinnie Lee
Fashion
The Bad Bunny T-Shirt From Target Every Fan Needs To Own — & Its ...
La camisa de Benito that everyone is going crazy over… and it’s not even merch. We’re talking about the Target T-shirt with the Bad Bunny
by Mercedes Viera
Deals
Score 20% Off A New Farm Rio Summer Dress
Super Sale Alert: Score 20% off sitewide at Farm Rio with the promo code READERS20 from now through May 20. A long-time reader fave, Farm Rio offers a pl
by Mercedes Viera
Most Wanted
Yes, A Glass Handbag Is Worth The Risk
Let me start by saying that we understand you might be bewildered by the glass handbag trend. Ever since celebrities like Doja Cat, Kylie Jenner,
by Vivien Lee
Advertisement
Advertisement
Discover
R29 Stories & News
Watch
R29 Original Series & Films
Shop
R29's Most Wanted