Skip navigation!
Story from Fashion
Photo Courtesy of Getty Images.
Manhattan label Rowing Blazers has championed tongue-in-cheek preppy style since it was founded in 2017 by US national team rower Jack Carlson and his partner, champion oarswoman Keziah Beall. Giving oversized rugby shirts, cricket jumpers and Oxford button-downs a lively spin with rainbow brights and playful logos, the menswear brand subverts bourgeois Ivy League and Oxbridge style to create contemporary pieces — think blazers with piped edges and baseball caps with kitsch slogans — whose fans include Timothée Chalamet, Thundercat and Benny Drama.
Advertisement
Photo Courtesy of Rowing Blazers.
While we've been wearing the menswear pieces slouchy and oversized for some time now, Rowing Blazers launched its inaugural womenswear collection earlier this month, hooking up with the makers of two of Princess Diana's favorite knits just in time for season four of The Crown. A match made in heaven, Diana's Sloane Ranger style made her a preppy pin-up from the moment she married Prince Charles; today, the late princess' '80s and '90s wardrobe continues to inspire everyone from Virgil Abloh to Gigi Hadid and Hailey Bieber.
Carlson teamed up with designers Joanna Osborne and Sally Muir of London label Warm & Wonderful to recreate their black sheep jumper, which Princess Di often wore to polo matches, styled with a Peter Pan collar shirt and jeans. He tells Refinery29: "It was magical. Working with the original designers is what makes this so special. Joanna and Sally are great fun and their stories from the early days of Warm & Wonderful are brilliant. I can just picture them in the early '80s, at a market stall in Covent Garden, selling their jumpers to pop stars and Sloane Rangers."
Photo Courtesy of Rowing Blazers.
Photo Courtesy of Rowing Blazers.
Carlson also joined forces with Gyles & George, the brand that popularized playful novelty jumpers in the 1980s, to recreate its "I'm a Luxury Few Can Afford" knit. Princess Diana most famously wore this piece with a stiff-collared white shirt when photographed at home with William and Harry, sporting the most '80s bouffant imaginable. "Designer Gyles Brandreth is a legend!" Carlson tells Refinery29. "A true polymath and a novelty jumper icon." Both knits, priced from $295, are available today.
Advertisement
Whether you're a monarchist or not, our collective fascination with Princess Diana — from her marriage and personal style to her philanthropy and tragic death — refuses to wane. "I'm American but my family and I lived in London when I was a kid in the early '90s," Carlson says. "I think everyone looked at Diana's style. My mom certainly did! She had one of the original Warm & Wonderful sheep jumpers." Why does Carlson think Diana's sartorial legacy continues today? "She was ahead of her time. She perfected the art of mixing high and low, and blurred the lines between menswear and womenswear. In a weird way, she was doing streetwear before streetwear was a thing — but at the same time, she was the archetype of the Sloane Ranger! She was all of these contradictions and that's what made her so iconic — and what makes her so relevant to what's happening in fashion now."
Beyond her kitsch knitwear, Carlson says: "Princess Diana wore a double-breasted blazer better than anyone — better even, perhaps, than her ex!" There's still inspiration to be found in Prince Charles, though: Rowing Blazers has recreated the numbered cotton polo T-shirts favored by the prince. Still, there's no overshadowing Lady Di's eternal style. Nab a knit, quick, before The Crown airs next month and inspires everyone else to pay homage, too.
At Refinery29, we’re here to help you navigate this overwhelming world of stuff. All of our market picks are independently selected and curated by the editorial team. If you buy something we link to on our site, Refinery29 may earn commission. 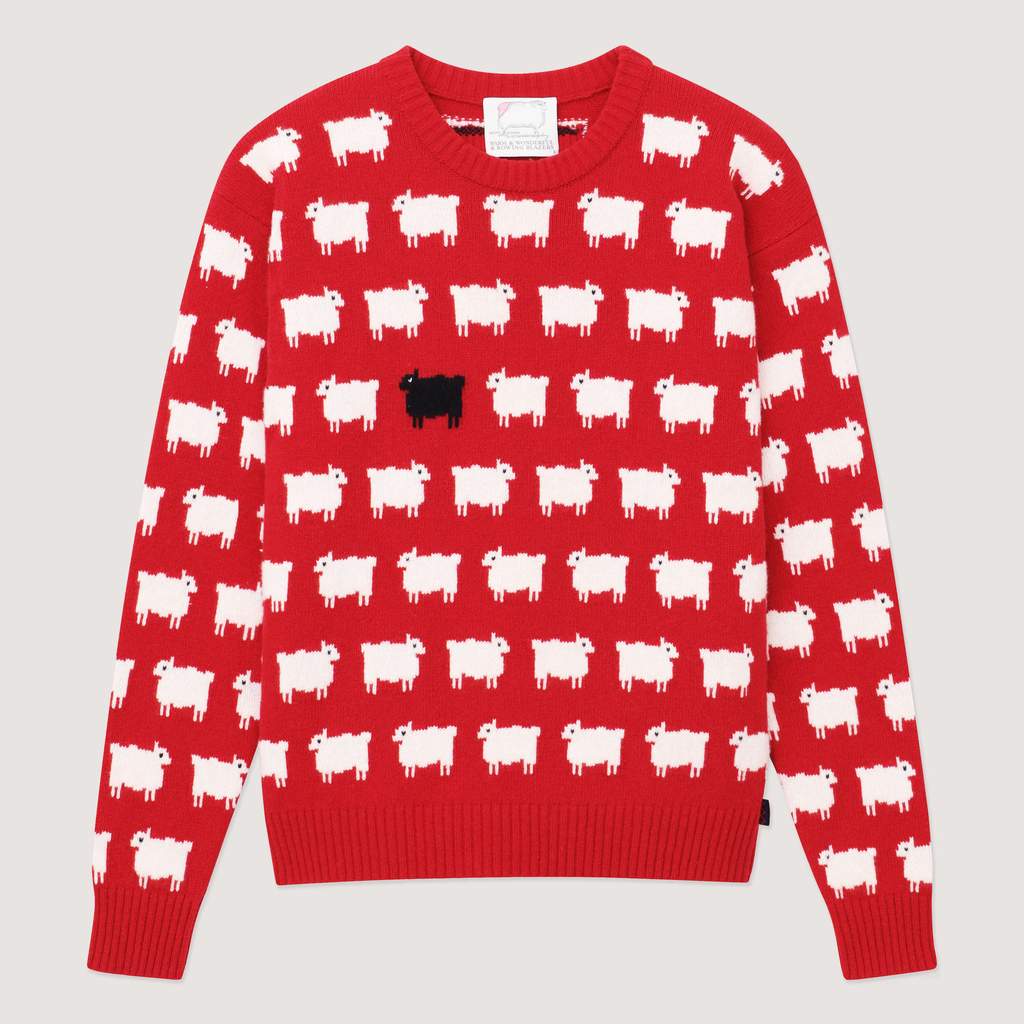 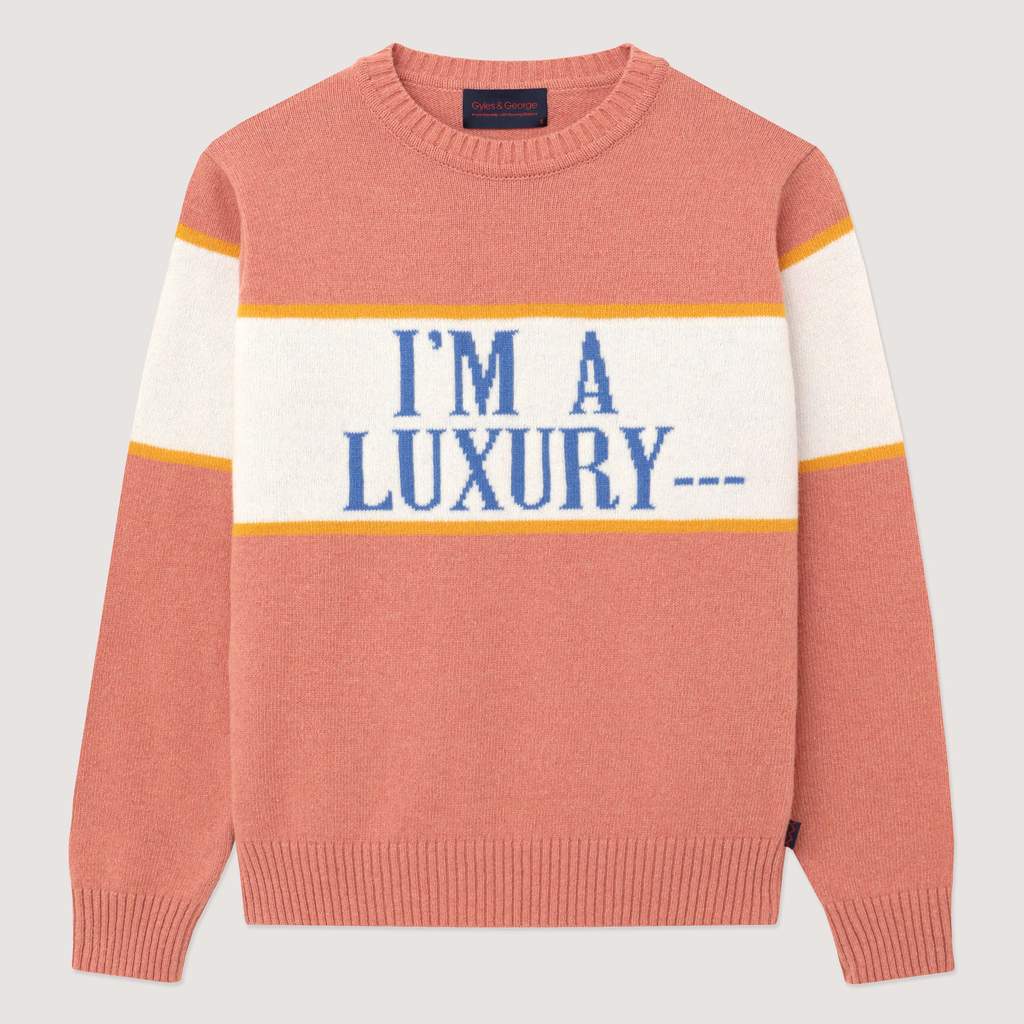 Gyles & George X Rowing Blazers
Gyles & George X Rowing Blazers "i'm A Lux...
$295.00
Rowing Blazers
Shopping
How HOKAs Became The “It” Sneaker Beloved By Both Mar...
If you’ve spent any time looking at running shoes (or everyday ugly dad sneakers, for that matter), it’s likely that you’ve already come
by Jinnie Lee
Fashion
Kahlana Barfield Brown On Shopping Secondhand & Why Jeans Go With...
Style and beauty expert Kahlana Barfield Brown is an avid thrifter. If you follow her on Instagram, you know that her styling videos and fashion photos oft
by Venesa Coger
Shopping
31 Non-Boring Valentine’s Day Gifts For Your Guy
by Bobby Schuessler
Advertisement
Most Wanted
This Big-Box Shoe Shop Is A Untapped Resource For Classic Sneakers
From running around breathless playing tag during recess to scurrying through huge crowds of people for your first grown-up job, one thing has remained the
by Chichi Offor
DIY
Craft The Winter Days Away With A DIY Kit From Etsy
by Jinnie Lee
Lingerie
Attention, Cuup Cult — These Sheer, Supportive Bras Are On Sale F...
We ask a lot of our undergarments — and finding a good high-quality, supportive, comfortable and sexy bra for less than $50 can seem like an impossible t
by Mercedes Viera
Winter Fashion Guide
Treat Your Lower Half To A Pair Of Cashmere Sweatpants This Winter
by Emily Ruane
Style
Twee Fashion Is Back — Here’s How To Update It For 2022
Indulge us for just one moment and cast your mind back to the early 2010s. You’re heading to Blockbuster to rent 500 Days Of Summer on DVD, bopping away
by Alicia Lansom
Fashion
Secondhand Formalwear Is More Popular Than Ever. Here’s Why
Trisha Bantigue first entered the pageant world in college in hopes of landing scholarship money, after having emancipated herself from her mother. Despite
by Frances Solá-Sant...
Color Trends
Brown Is The Underrated Color You Should Be Wearing
Very Peri may be Pantone’s color of 2022 but this season we’re all about the versatile and underrated power of brown. And you don’t have
by Jinnie Lee
Fashion
Why André Leon Talley’s Personal Style Was Revolutionary
Not all heroes wear capes. But André Leon Talley did. His signature look, one he adopted early in his life while growing up in Jim Crow-era North Carolina
by Frances Solá-Sant...
Shopping
The Best White Sneakers To Complete Your Look (No Matter The Season)
The only sneaker that has always been in style is the white one. Here's all the pairs your need for summer (and the rest of the year, too).
by Ray Lowe
Advertisement
Advertisement
Discover
R29 Stories & News
Watch
R29 Original Series & Films
Shop
R29's Most Wanted