Skip navigation!
Story from Most Wanted
Photo: Courtesy of Marshall Bright.
I spent most of my youth repeatedly measured for bras at stores that, in retrospect, definitely didn’t carry my size. After a "Fit Expert" pursed her lips and somehow managed to convince me that a bra neither fitting in the cups nor band was the right size, I would leave defeated — chalking it all up to the curse of not falling between the favored A-DD cup sizing. Fast forward a few years and, suddenly, it became cool to sell bras that actually fit a range of boobs and bodies — meaning I've since found everyday styles that I can rely on for support that doesn't me feel dowdy. Underwear, however, has proven to be an elusive mystery that still gives me the feeling of being stuck back at those size-addled malls of yore. Time and time again, I would return to the 5-for-$25 deals out of convenience — but, ultimately, they left me frustrated: the more grown-up options were just plain, the ones with personality felt way too young. (I once grabbed a pair of boyshorts from a store's bin, liking the color and fit, only to realize there was a camel on it next to the word “Thirsty”.) At 31, I am no longer eager to have animals or words on my underwear and so I am relegated to beiges or blacks. Thrilling stuff. Until one fateful day on Instagram, where all things promising to be new and trendy and perfectly targeted to my specific needs pop up, I found Parade. It was a brand that offered an intimate's option I had not encountered before: underwear that’s graduated from college but not yet ready for the AARP.
Advertisement
While there are plenty of grown-up styles in the “very sexy” category, it was the first time I’d seen everyday panties that actually felt interesting. Rather than relying on skin tones and primary colors, Parade’s underwear comes in an array of bright limited-edition colors ranging from acid bubblegum to a wicked plum. It also had other Insta-credentials that caught my eye: the promise of a "buttery-smooth, naked-feel” plus eco-craftsmanship that utilizes recycled fabrics and ships in compostable packaging. It's also size-inclusive, going from an XS up to a 3XL (for reference, I am a size XL). Oh, and the pricing is $9 pet pair across the style board. Eye-catching, sustainable, plus-friendly, AND affordable — could it possibly live up to all this hype? I tried on Parade’s full line with apprehension — from its brief to boyshort, cheeky, and thong — in order to find out.

Photo: Courtesy of Marshall Bright.
Out of all the vibrant styles (which I can confirm are very, very vibrant IRL), my by-far favorite was the brief pictured left in my mirror selfie. Like with the perfect bra, it walked the line between comfortably covered and showing off just the right amount. In other words, I’m not in wedgie town but my butt still looks great. The light-weight feel was also nicely breathable down there, something I have worried about with non-cotton underwear in the past. Each pair is crafted from Parade's signature "Re:Play" material, a blend of 85% recycled nylon and 15% spandex that was developed by a team of official-sounding "ex-Lululemon product experts". The "buttery-smooth, naked-feel" is achieved through using what the brand describes as "the softest recycled yarns in the world" — that apparently possess the magic power of stretching to double its size and still being able to snap back!
Advertisement

My second favorite, and a true surprise, was the thong. I have avoided thongs my whole life, except for times when they’ve turned up as gifts with purchase at the aforementioned mall store. And I never got it. When I held up the Parade thong, I winced with dread. Then I put it on, expecting discomfort, only to be met with not feeling much of anything. Was it as comfortable as the brief? No. Did I wear it all day (working from home!) without much of a second thought? Yes! If you’re already a regular thong wearer, I imagine this would be the holy grail for you. And, like me, if you’re skeptical, it might be worth picking up a pair to have on hand for the next time you’re in a dress or pants that require a little more attention in the no-show down-there department. It's certainly caused me to rethink my previous notion of shapewear as preferable to thongs for hiding panty lines.

The cheeky is, well, cheeky. If this is good or bad is going to depend a lot on your general panty preferences (and butt). My butt falls under the “occasionally knocks into neighboring tables when navigating around restaurants and has, in the past, knocked over a drink.” The cheeky style with its mesh back, while very cute, was also fairly wedgie-inducing — especially when sitting. But, if you like a thong-brief hybrid (or have a smaller behind), it might not bother you as much! And, certainly, I did find the mesh-back style to be very cute, but more for showing off than all-day wear.
Advertisement

The boyshorts, on the other hand, felt like more coverage than I’m used to. I appreciated how Parade added elements like mesh panels to make the fuller coverage still feel a little cheeky, plus I really liked how they looked on. But, ultimately, I found I preferred the lower rise and higher cut on the leg of the brief instead. The brief also had slightly more grab (for lack of a better word) in the elastic, keeping it ever-so-gently in place on my rear. Again, wedgies = the enemy!

At the end of the Parade-underwear-ing day, I can see how each style could quickly become someone’s favorite: they are vibrant, flirty-fun, and, most importantly, properly fitting. For me, it was and still is the briefs — no question. But, for you, it might be the thong or the boyshort! The good news is, at $9 a pop with a “try-on guarantee” for the first 30 days, the eco- and size-friendly underwear is encouragingly accessible (no malls required). What do you have to lose? My answer: wedgies.
shop 4 products 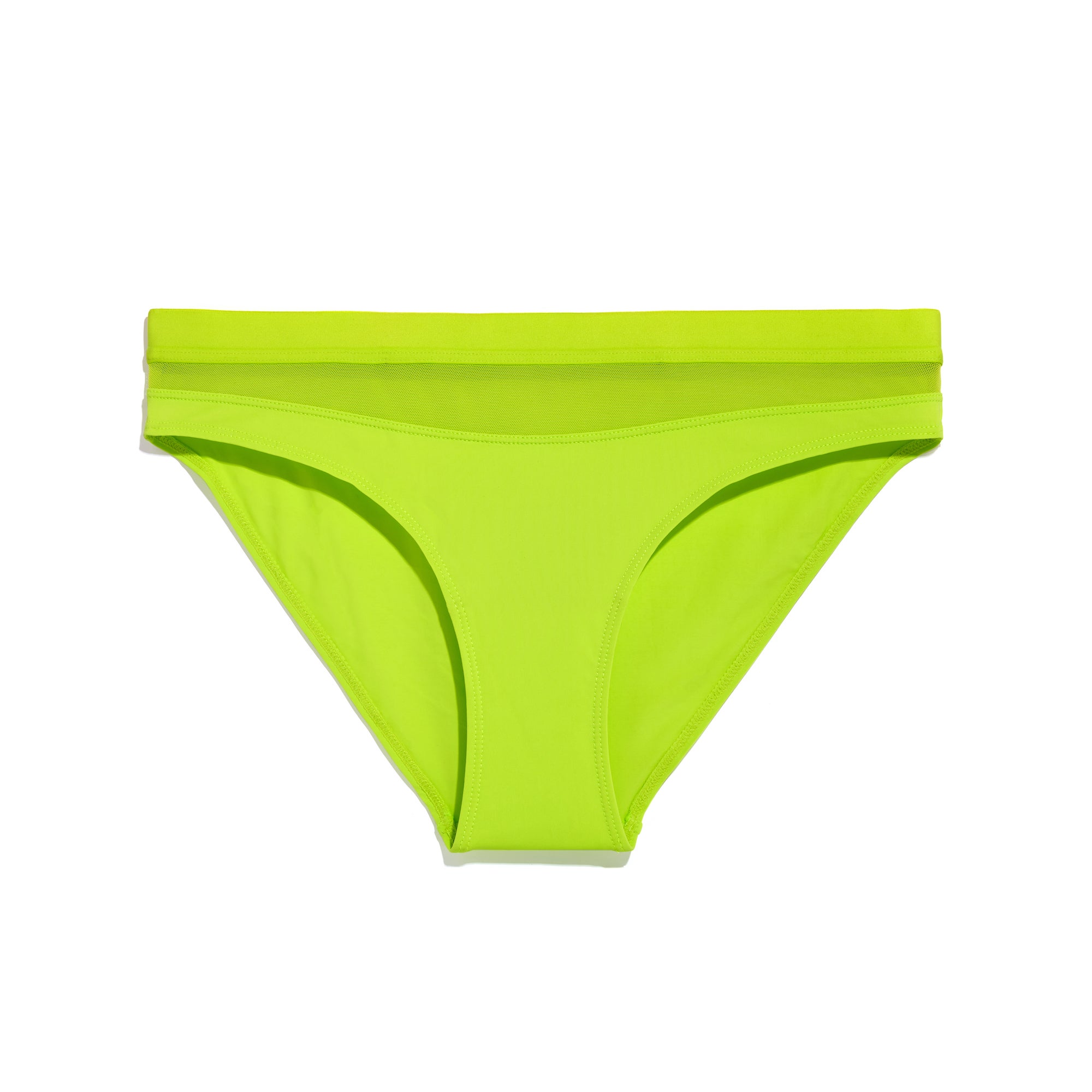 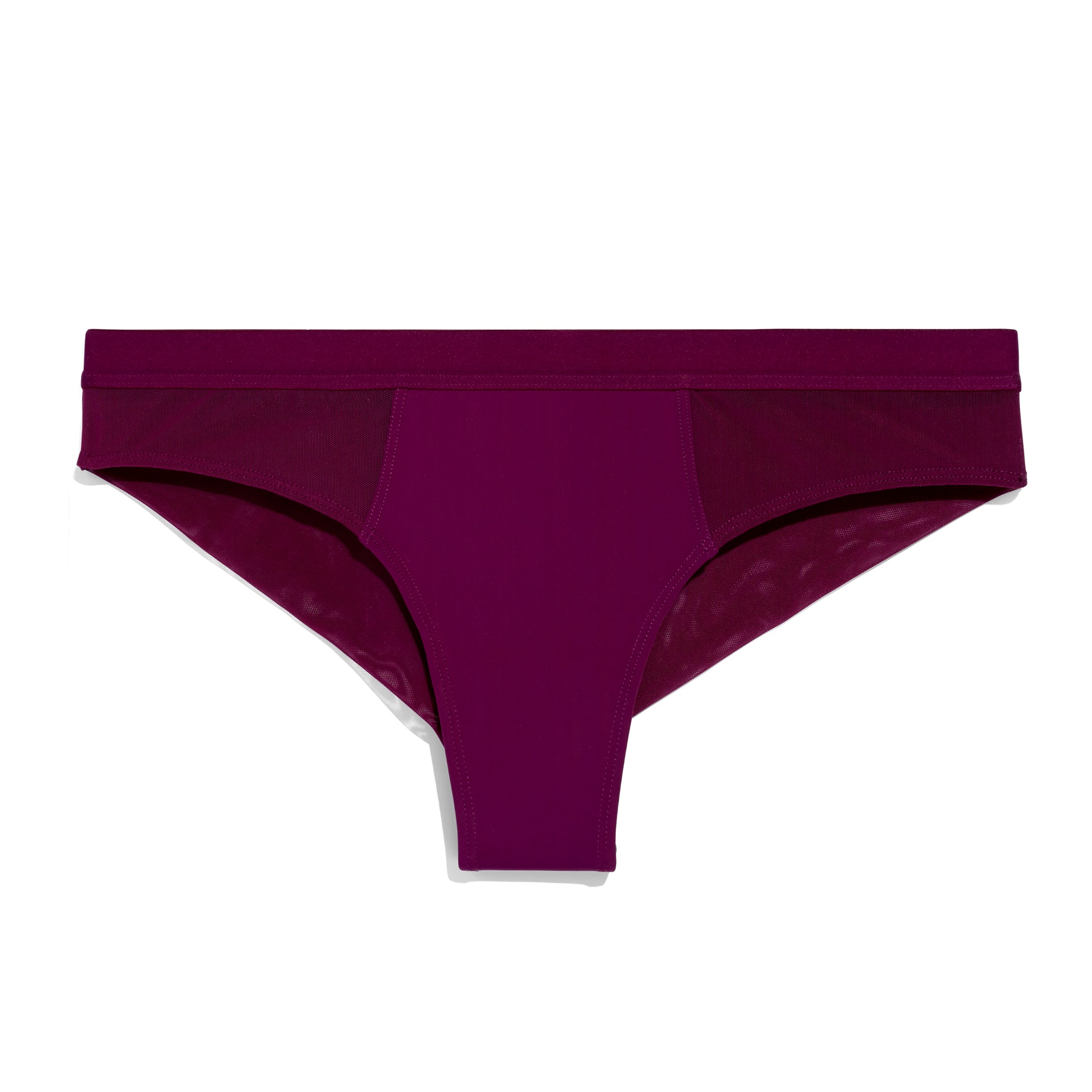