Skip navigation!
Story from Style
On Tuesday, Rachael Wang, Allure’s former fashion director who left the magazine industry to focus on eco-conscious styling and consulting, announced a collaborative swimwear capsule with OOKIOH, the L.A.-based sustainable brand beloved by Gigi and Bella Hadid, Gabrielle Union, and Hailey Bieber. The collection, which was produced using recycled nylon and plastic water bottles, includes three new styles — two bikinis and one maillot — each of which is available in three colorways — army green, black, and white.
But while the swimsuits are not only stylish but size-inclusive and sustainable, the aspect of the Rachael Wang x OOKIOH collaboration that’s most newsworthy is the charitable organization that its proceeds will benefit: Intersectional Environmentalist. Starting today, 10% of the net proceeds from each Rachael Wang suit sold on OOKIOH’s website will be donated to the nonprofit organization, which “seeks to dismantle systems of oppression in the environmental movement by identifying the ways in which injustices happening to marginalized communities and the earth are connected and advocating for justice for people and the planet.”
Advertisement
Photo Courtesy of OOKIOH.
Indeed, the BIPOC community is disproportionately affected by climate change. “Toxic pollution and hazardous waste contamination sites tend to be located near low income communities of color,” Wang says. A recent study in the journal PNAS found that not only are white communities less likely to be exposed to harmful air pollution than BIPOC communities, they’re also the main contributors of it, meaning that BIPOC people are suffering at a greater rate from pollution-causing illnesses at the hands of white people. Wang also lists off flooding, landslides, droughts, and fires as the effects of the climate crisis, along with financial losses due to loss of housing and job opportunities — two things that also impact BIPOC communities at disproportionate rates.
“The Sierra Club’s recent statement acknowledging that their 128-year-old organization has caused ‘significant and immeasurable harm’ and played a ‘substantial role in perpetuating white supremacy’ acknowledges some of the ways in which the environmental movement has not only failed the Black community but upheld the systems that continue to oppress them,” Wang says. Last week, U.S. environmentalist organization The Sierra Club spoke out about the white supremacist environment that the club’s founder John Muir, who has long been considered a beacon of hope for conservation, created while at the helm.
Photo Courtesy of OOKIOH.
Photo Courtesy of OOKIOH.
For Wang, intersectional environmentalism is at the core of everything that she does. In 2016, Wang traveled to North Dakota to peacefully protest the building of the Dakota Access Pipeline and “stand in solidarity with the water protectors of the Standing Rock Sioux,” she says. “Learning about the intimate connection between humans and the planet from Indigenous youth, whose cultures were built on inherent sustainability, was profound in ways I can never express enough gratitude for. It allowed me to better understand that the same systems that exploit the planet also exploit people,” she says. “The results of injustices done to the planet directly harm those same people — disproportionately BIPOC — who are already being exploited and oppressed.”
Advertisement
With that, when she was approached about collaborating with OOKIOH, which has previously pledged to be pre-consumer plastic-free by 2022, adding a donation aspect to Intersectional Environmentalist was essential. Wang also made sure that the entire capsule was produced locally (to cut down on carbon emissions) by women who were paid fairly and provided with a safe working environment. She also wanted to provide consumers of all ages and body shapes with a timeless swimsuit style that would make them feel confident and chic. (The capsule marks OOKIOH’s first foray into extended sizing).
On Friday 7/31, Wang will be going live with Green Girl Leah on OOKIOH’s Instagram to discuss the unique ways that the environmental movement has excluded the Black community. Meanwhile, shop the collection now on OOKIOH.com and help raise money and awareness for Green Girl Leah’s fight for intersectional environmentalism.
At Refinery29, we’re here to help you navigate this overwhelming world of stuff. All of our market picks are independently selected and curated by the editorial team. If you buy something we link to on our site, Refinery29 may earn commission. 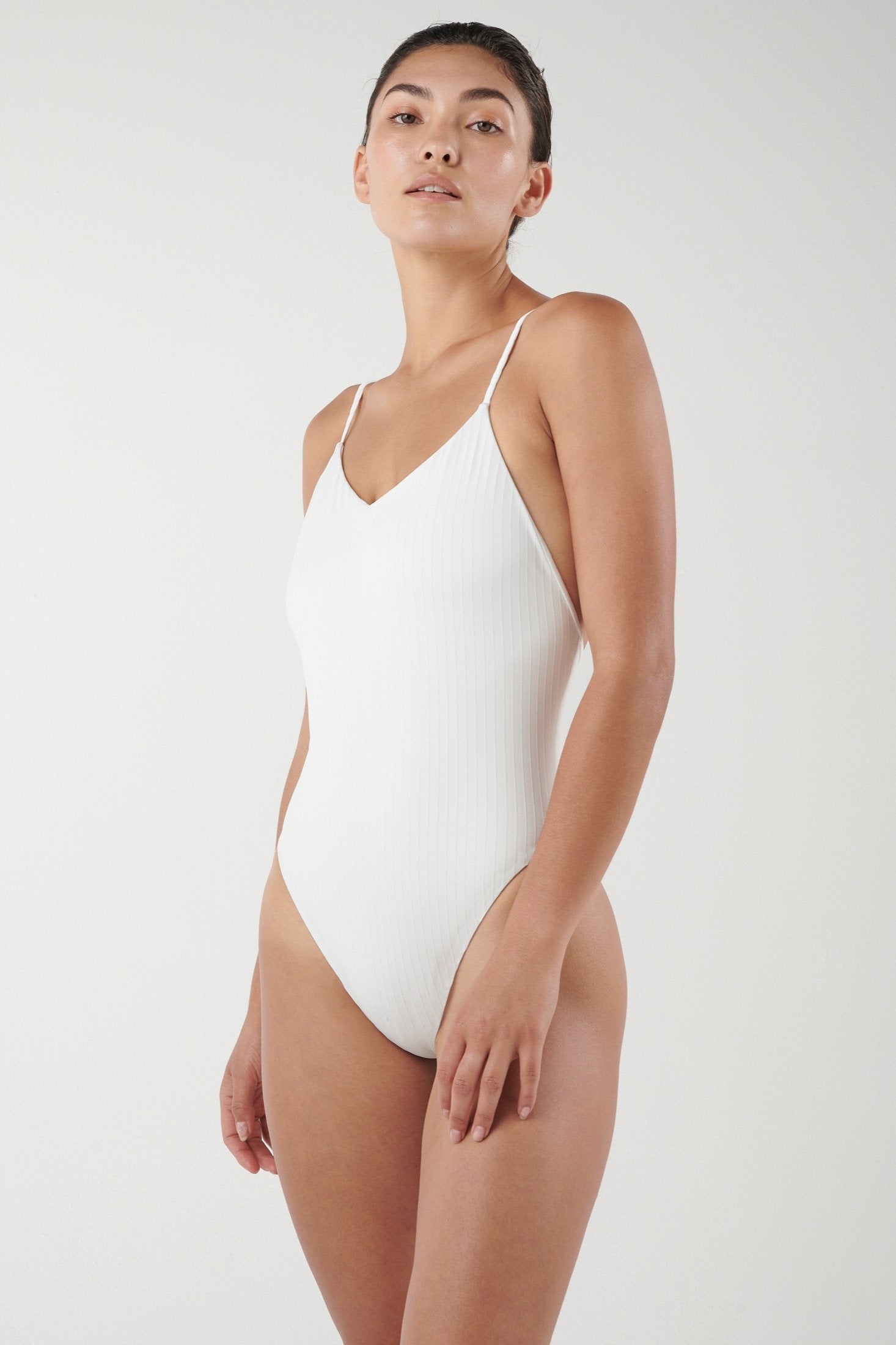 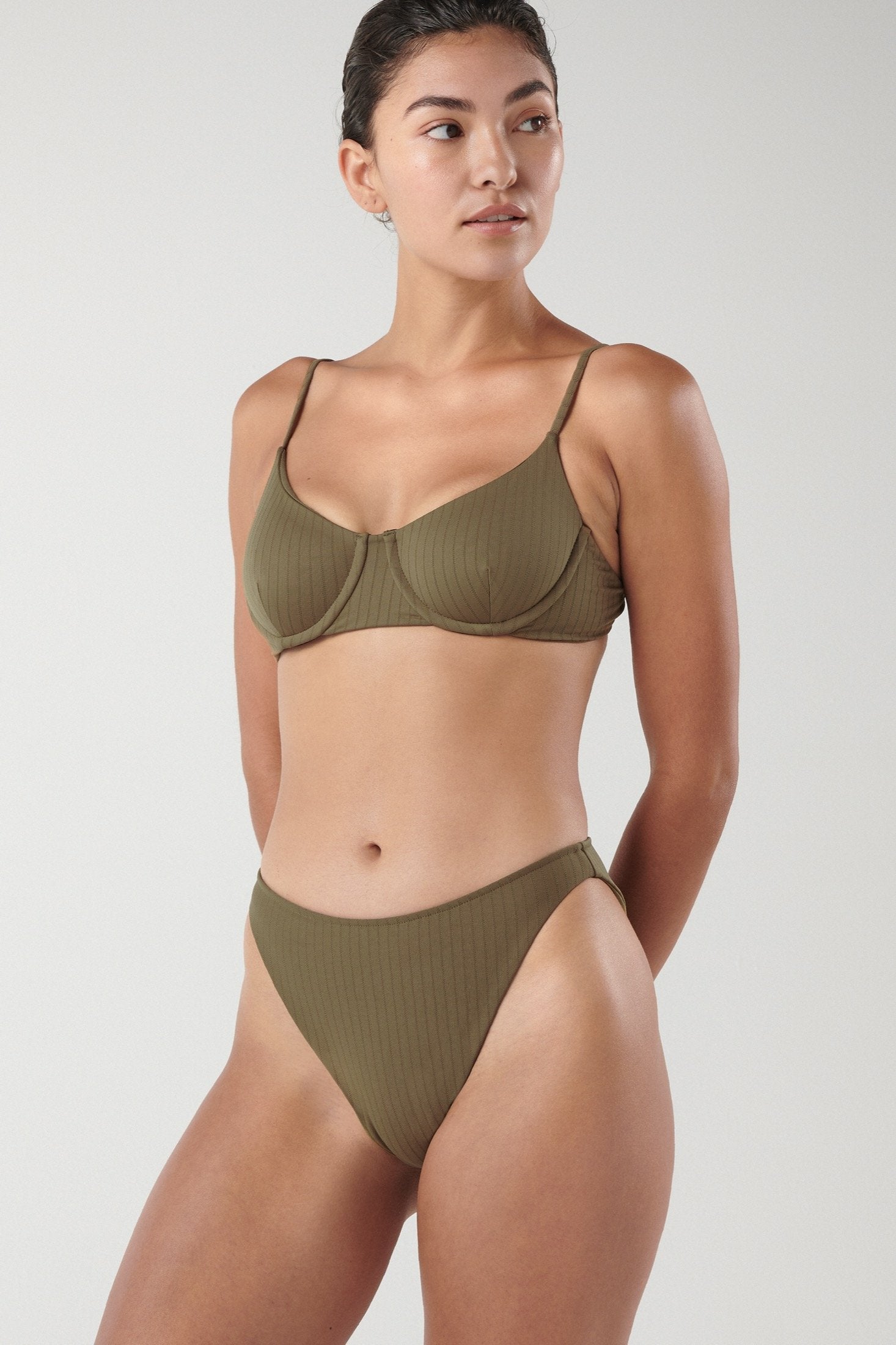 Rachael Wang x OOKIOH
Milos Bottom
$79.00
Ookioh
Most Wanted
What To Wear On Game Day To Rep Your Team
by Karina Hoshikawa
Skirts
Celebrate The Return Of Pleated Skirts With One Of These Preppy P...
by Vivien Lee
Amazon
Another Amazon Prime Day Is Coming — Here’s Everything You Need T...
If you didn’t make the most of July’s Amazon Prime Day, then consider your day made. The epic online retailer just announced — out of th
by Emily Ruane
Advertisement
Cyber Monday
You Have Until Midnight To Score An Extra 40% Off At Madewell
by Mercedes Viera
Deals
J. Crew’s Chic Outerwear & Boots Are On Sale For 50% Off
by Mercedes Viera
Fashion
How The Boutique Black & Cremè Is Making Sustainable Fashion More...
As climate change awareness grows and consumer shopping habits shift, sustainable fashion has become more, well, in fashion than in the past. Even with the
by Taylor Bryant
Dresses
20 Stunning Evening Dresses For Any Budget
by Ray Lowe
Deals
8 Stores With Seriously Good Sale Sections
Do you ever find yourself clicking past page after page of a brand’s sale section, utterly and completely bored? Worry not, fair readers. We did all
by Mercedes Viera
Jumpsuits
The 12 Best Jumpsuits That Satisfy A One-And-Done Kind Of Day
by Jinnie Lee
Style
5 Types Of Shoes To Pair With Fall’s Denim Trends
by Eliza Huber
Fashion
28 Matching Sweatsuits Worth Living In
Here are stylish sweatsuit sets so comfy you won’t want to change out of them.
by Truc Nguyen
Fashion
Name Your Price: Here Are The 15 Best Leather Jackets For Every B...
by Eliza Huber
Advertisement
Advertisement
Discover
R29 Stories & News
Watch
R29 Original Series & Films
Shop
R29's Most Wanted