Skip navigation!
Alisha Boe is sitting, looking comfortable and totally at ease, on an emerald green velvet couch. Usually, for a conversation like this, I would be seated right next to her. We’d probably have met in some low-key — but still trendy, obviously — coffee shop in L.A., which 13 Reasons Why star Boe calls home. A “Lowfit Beats to Study/Relax To” playlist would be churning out ambient music, and a cold brew or two would be on the table. But these aren’t usual times. Boe is sheltering-in-place in a location she asks to remain between us, where she is weathering the COVID-19 pandemic with her unnamed boyfriend (they’ve chosen to keep his identity under wraps for reasons Boe tells me are personal). It is from here that she will watch fans devour the final 10 episodes of her controversial, but beloved Netflix YA series 13 Reasons Why, whose fourth and final season premiered on Friday, June 5.
Advertisement
The 23-year-old’s voice has a low, serious quality that 13 Reasons Why fans have come to know intimately — no Liberty High student speaks with more gravity than Boe’s Jessica Davis, a once-carefree cheerleader who becomes a firebrand feminist after surviving a rape at a party. Over the course of the relentlessly tragic drama, class president Jessica expounds on rape culture and sexism in a brutally honest, graphic way unlike any other teen character before her. But when we talk — just a handful of days before 13 Reasons’ swan song season debuts — that voice is being used to respond to the anti-racist protests that have recently commanded the cultural conversation — and will undoubtedly continue to do so moving forward.
“For a long time I was really afraid of voicing any opinion. But I think at some point, you’re just tired. You stop caring [about] whatever will happen in the comments section,” Boe says. Five days earlier, she had posted a lengthy dedication on Instagram to George Floyd, Ahmaud Arbery, and Kenneth Ross Jr., three of the Black men whose deaths at the hands of law enforcement and white racists sparked the protests that have laid bare the deadly reality of America’s systemic racism. Boe’s use of the platform to tell her 3.9 million followers not only how to demand justice for Floyd from the city of Minneapolis, but also to call out President Donald Trump for labeling protesters as “thugs” is as inspirational as any fiery and brave monologue that Jessica has given.
Advertisement
“I’m just so tired of being a community of the unheard and pain. It’s personal because I see my father, I see my brother. Those are friends, my family,” Boe says. Boe, whose father is Somali and whose mother is Norwegian, was born in Oslo and moved to L.A. as a 7-year-old, when her mom, Vibeke Boe, married an American. Boe was only 19 when she was cast in 13 Reasons Why in 2016; she has a little brother, Asante, who turned 12 the day of our video chat, and will be going to high school in the not too distant future. She becomes visibly emotional realizing he has six more years of schooling ahead. This feeling makes the stakes of Boe’s high-school set show’s all the more real, something that’s coming into focus even more sharply right now. “It’s even harder to have a president who would rather label certain protesters as terrorists rather than a school shooter,” Boe says. “A school shooter, he would never call a terrorist.” 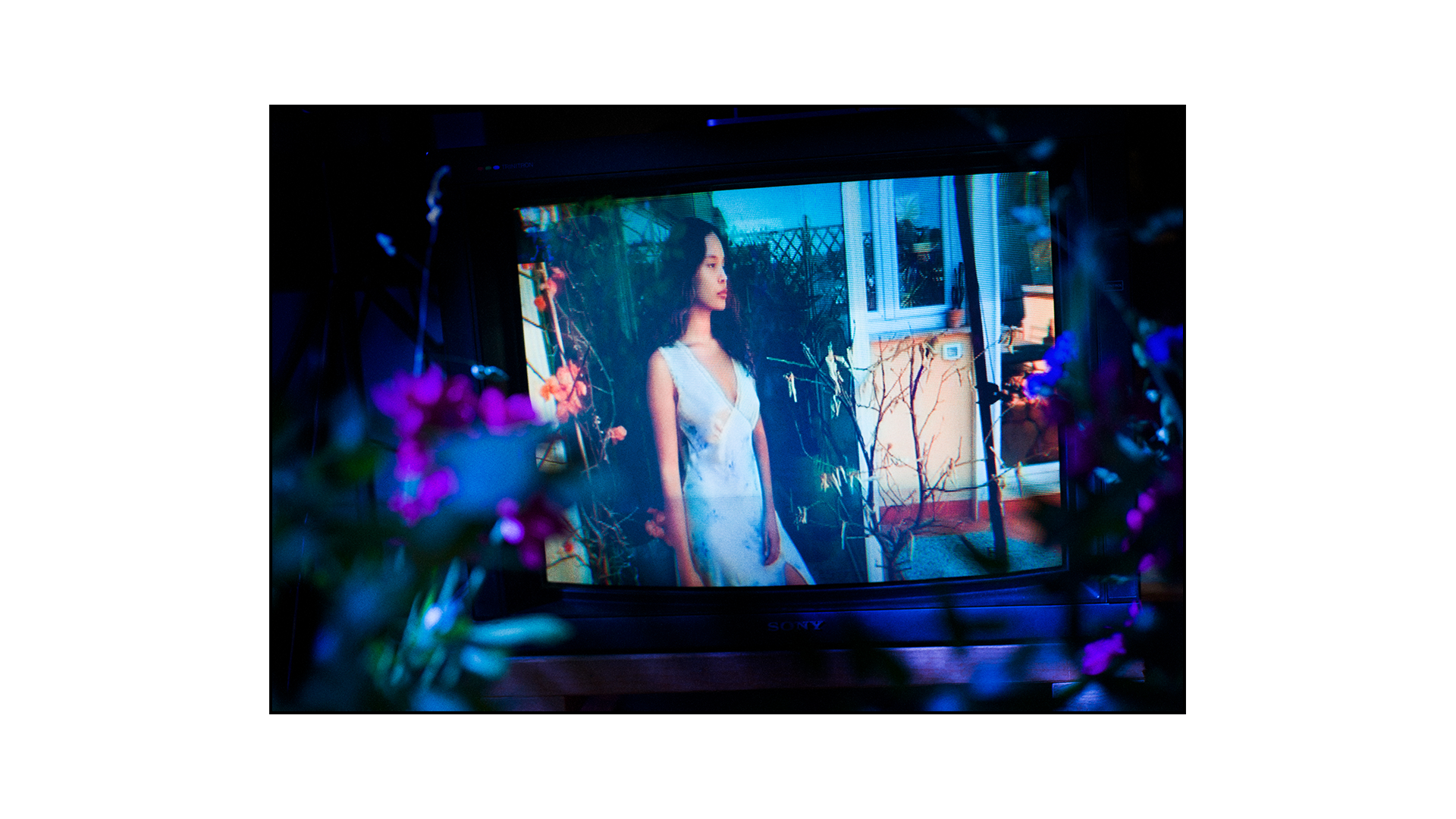 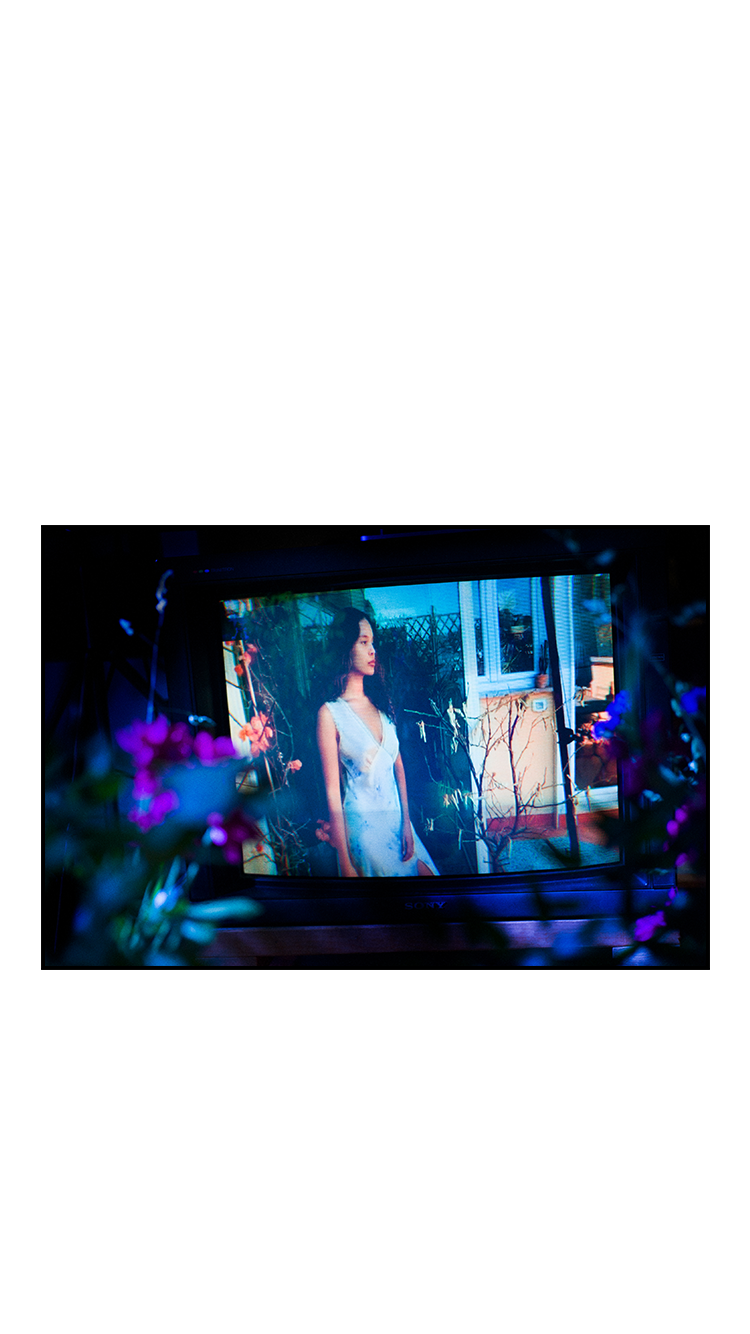 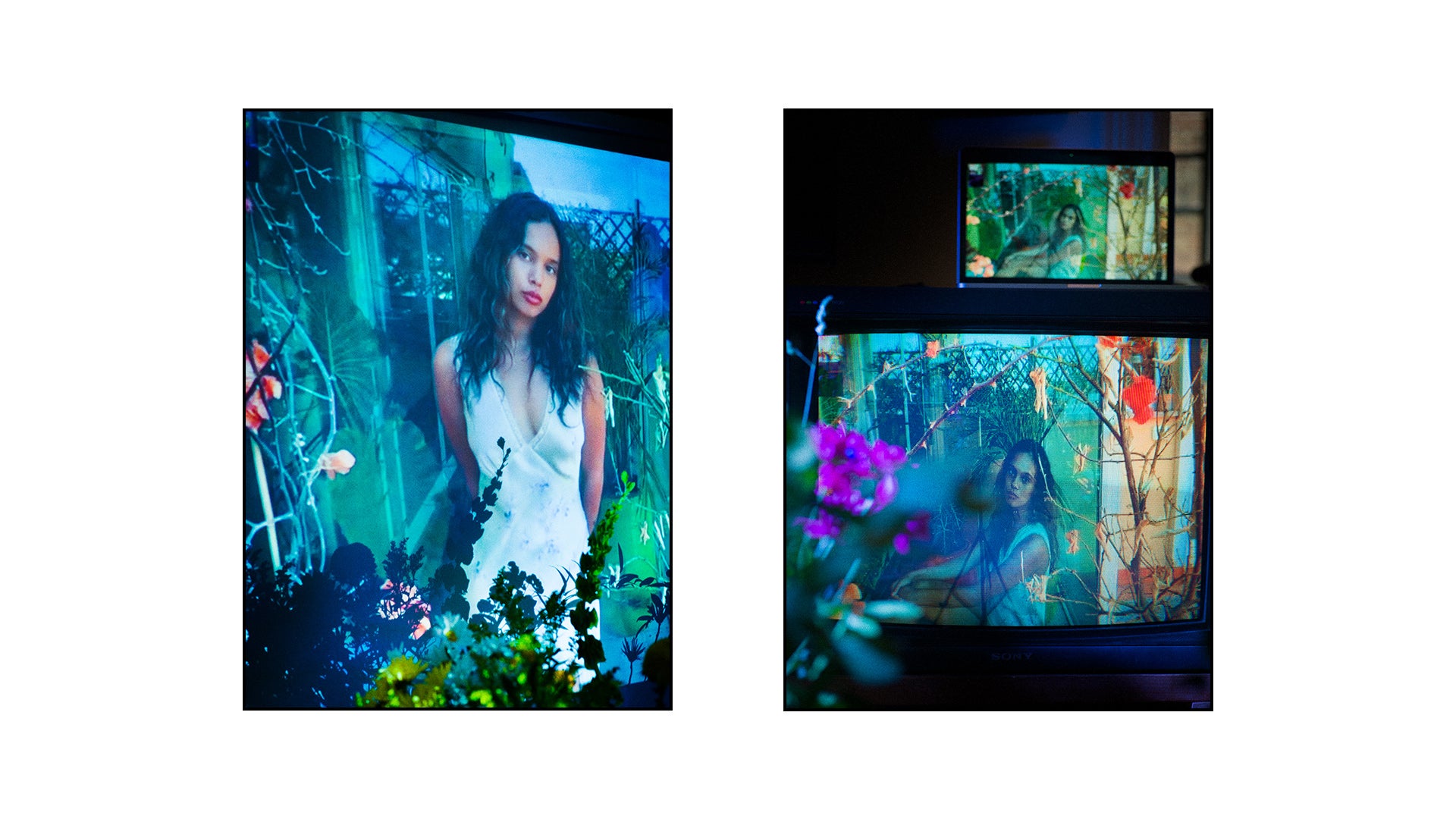 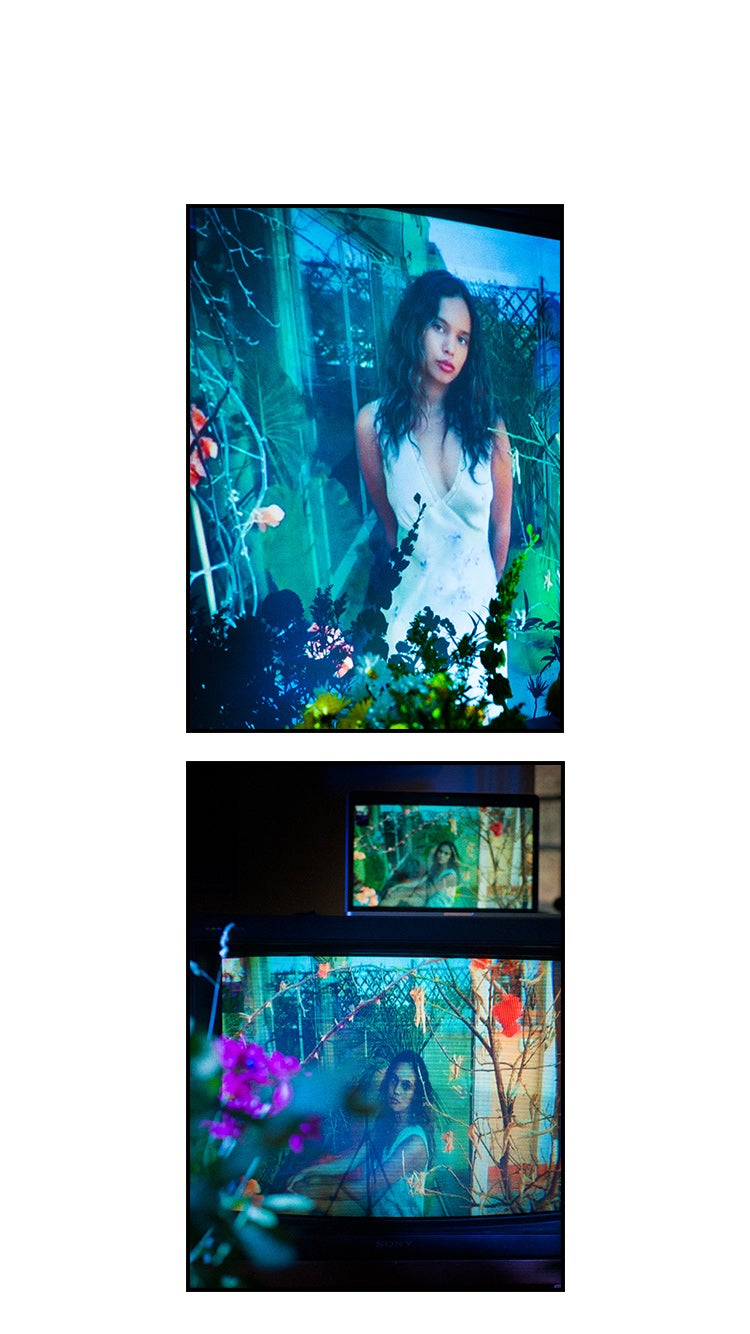 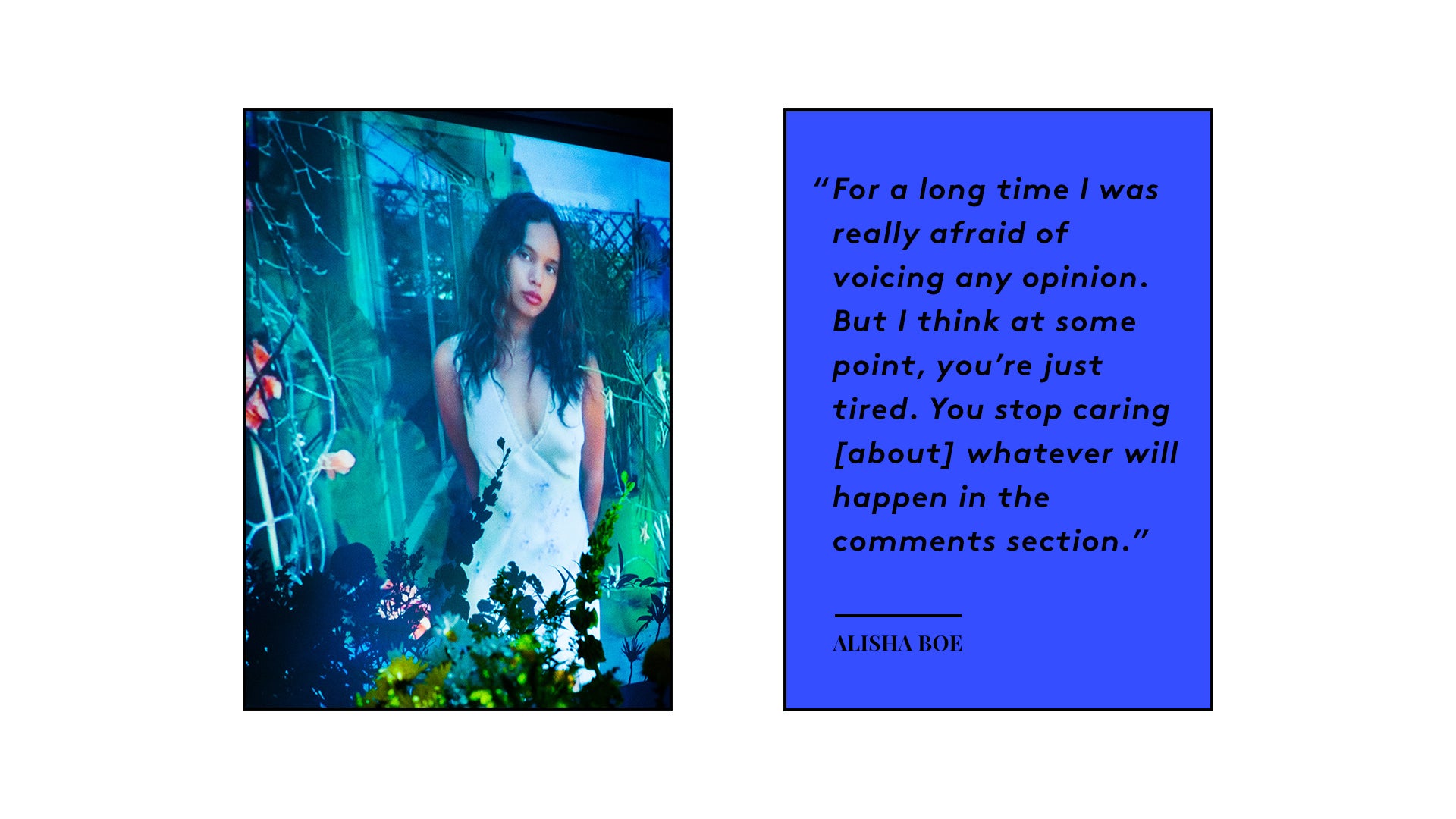 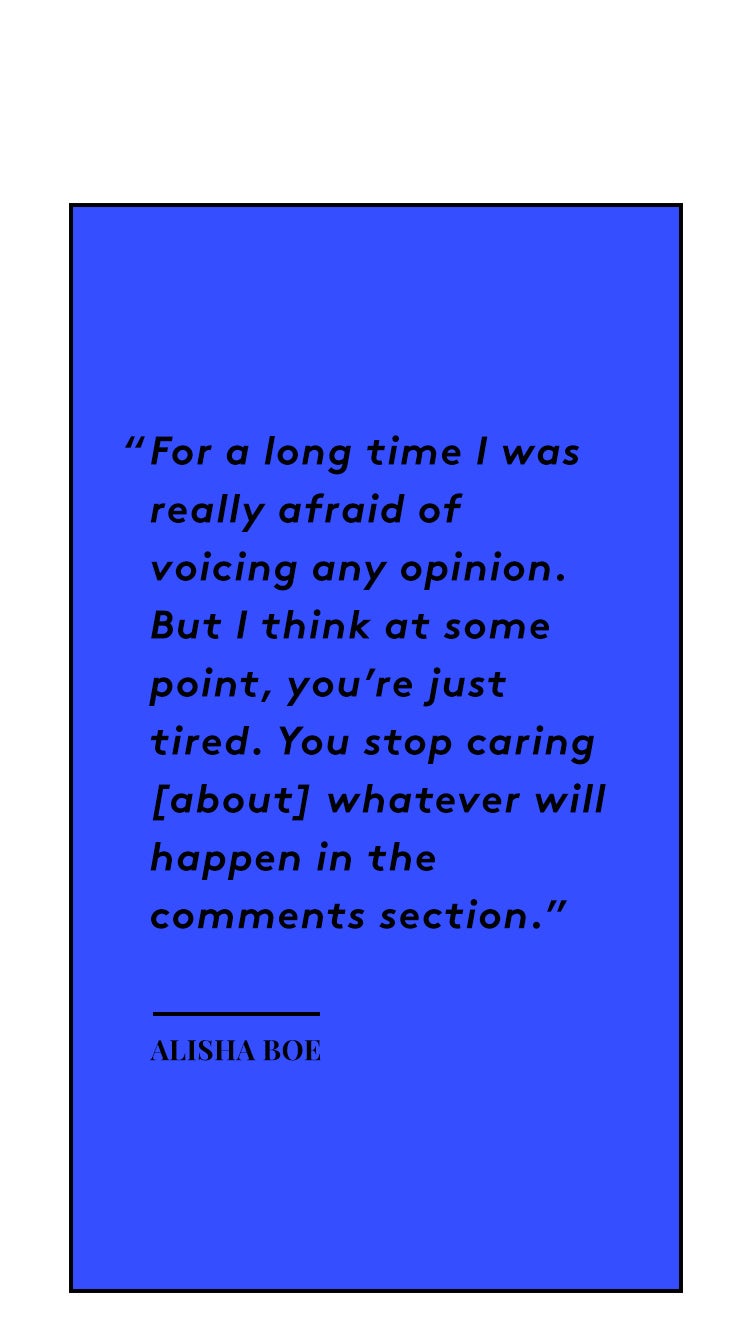 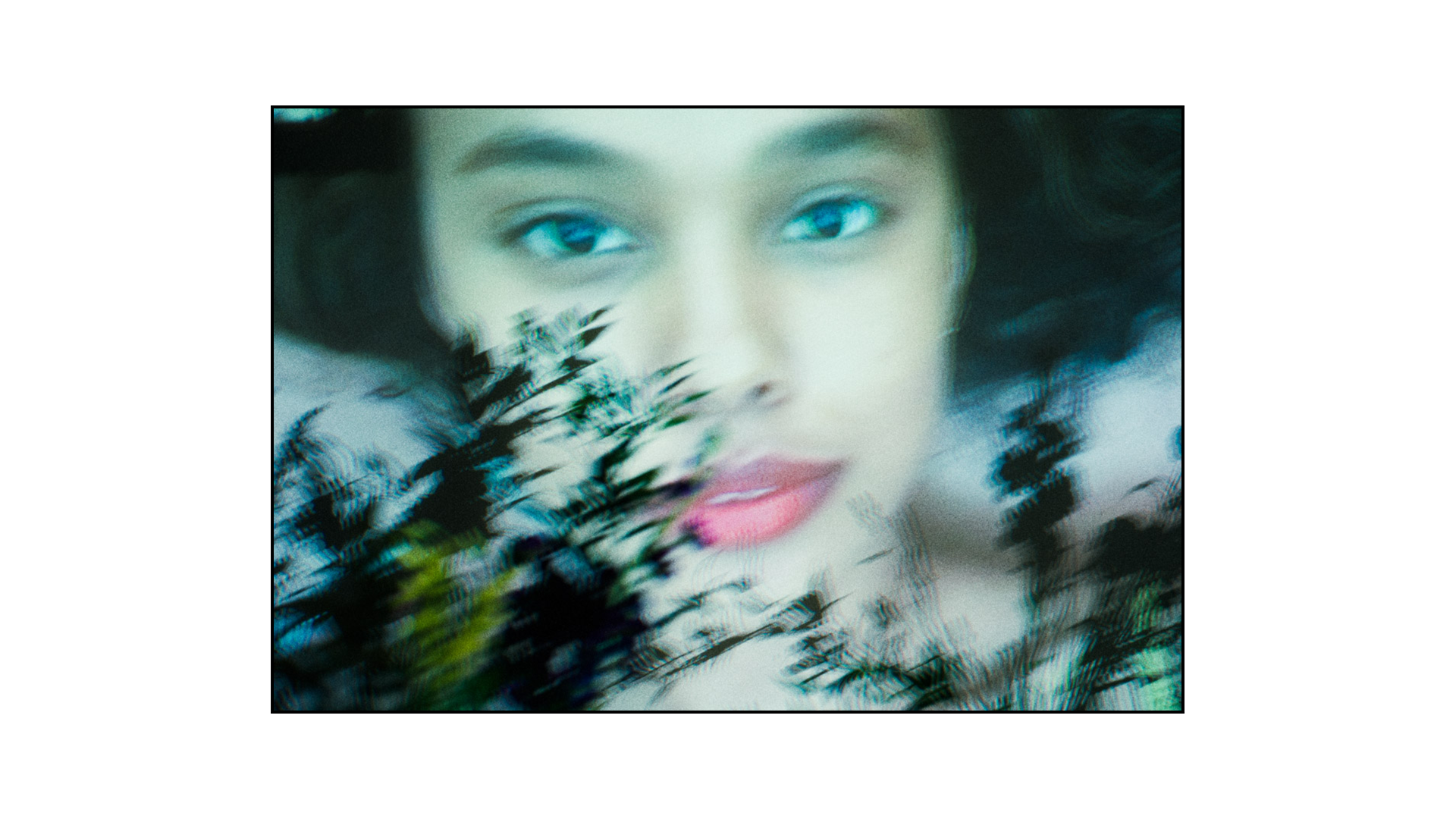 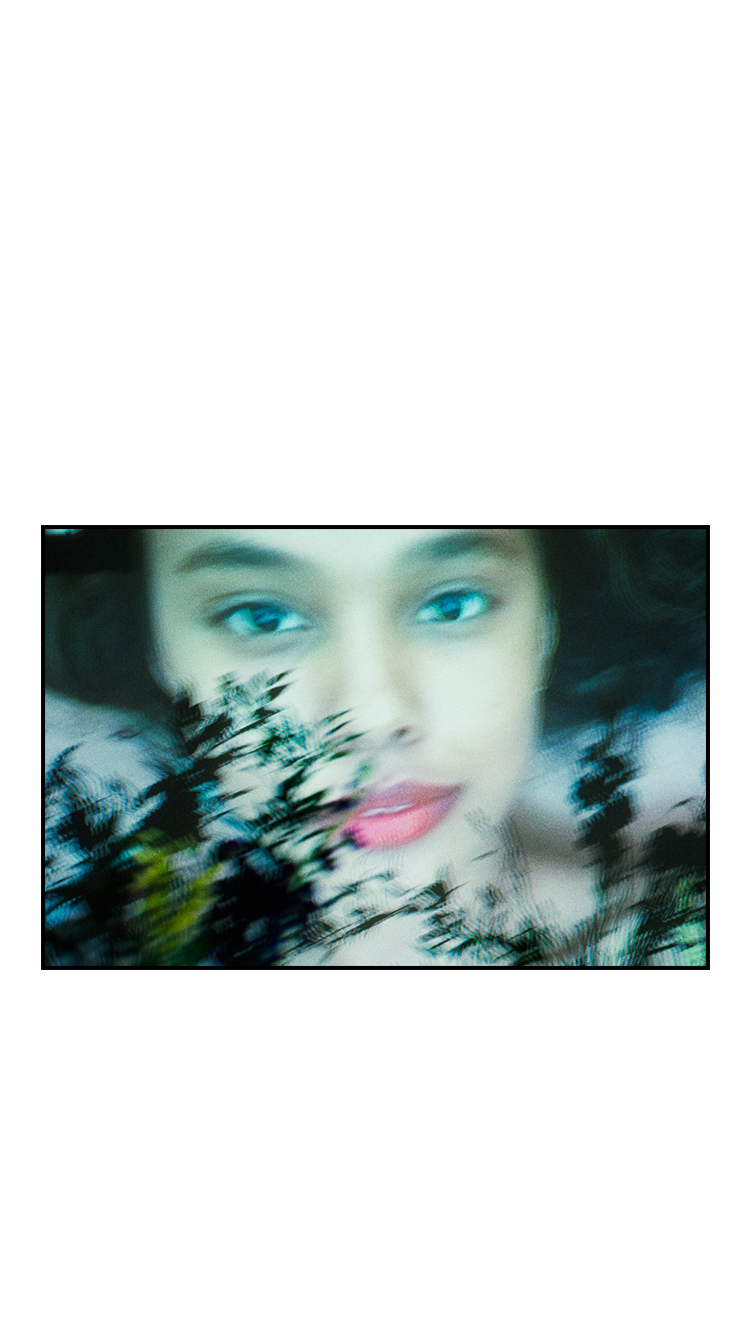 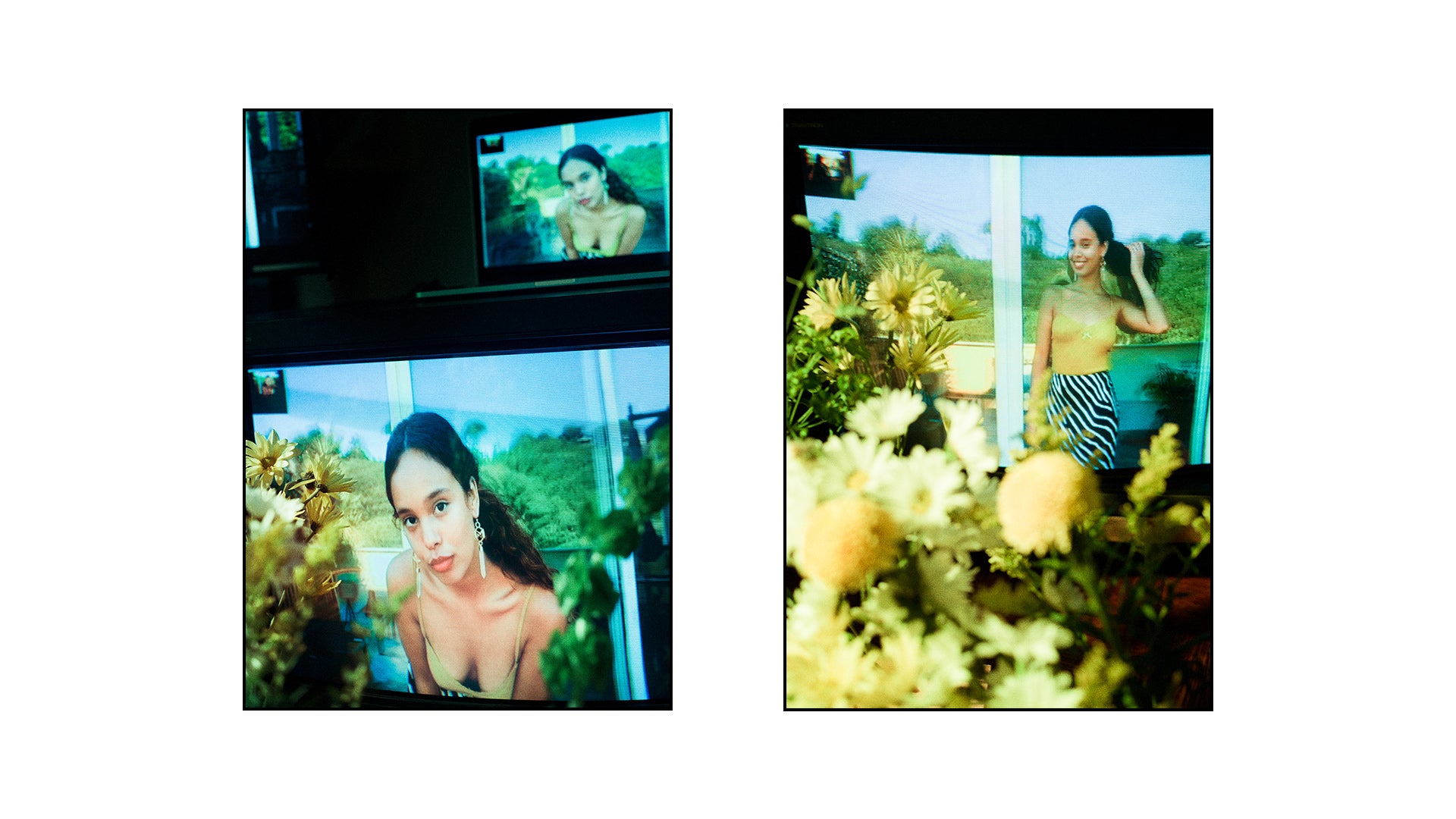 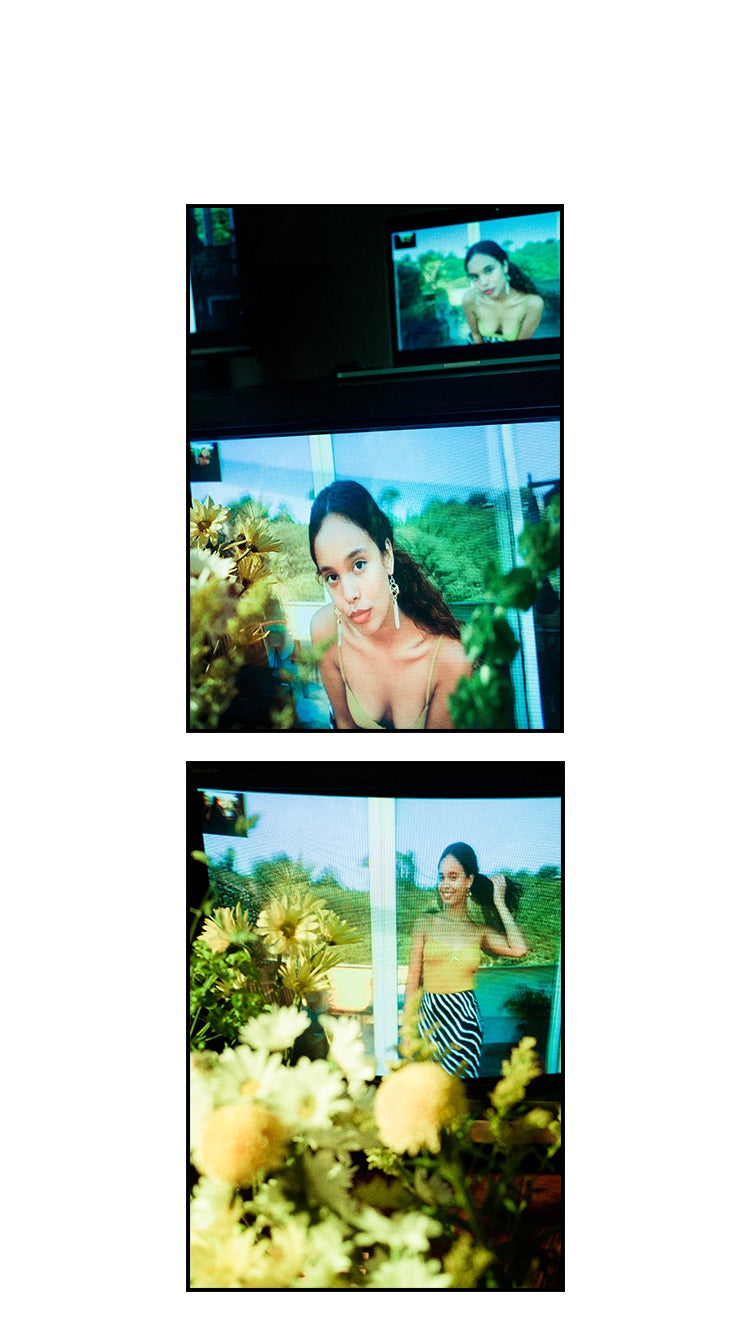 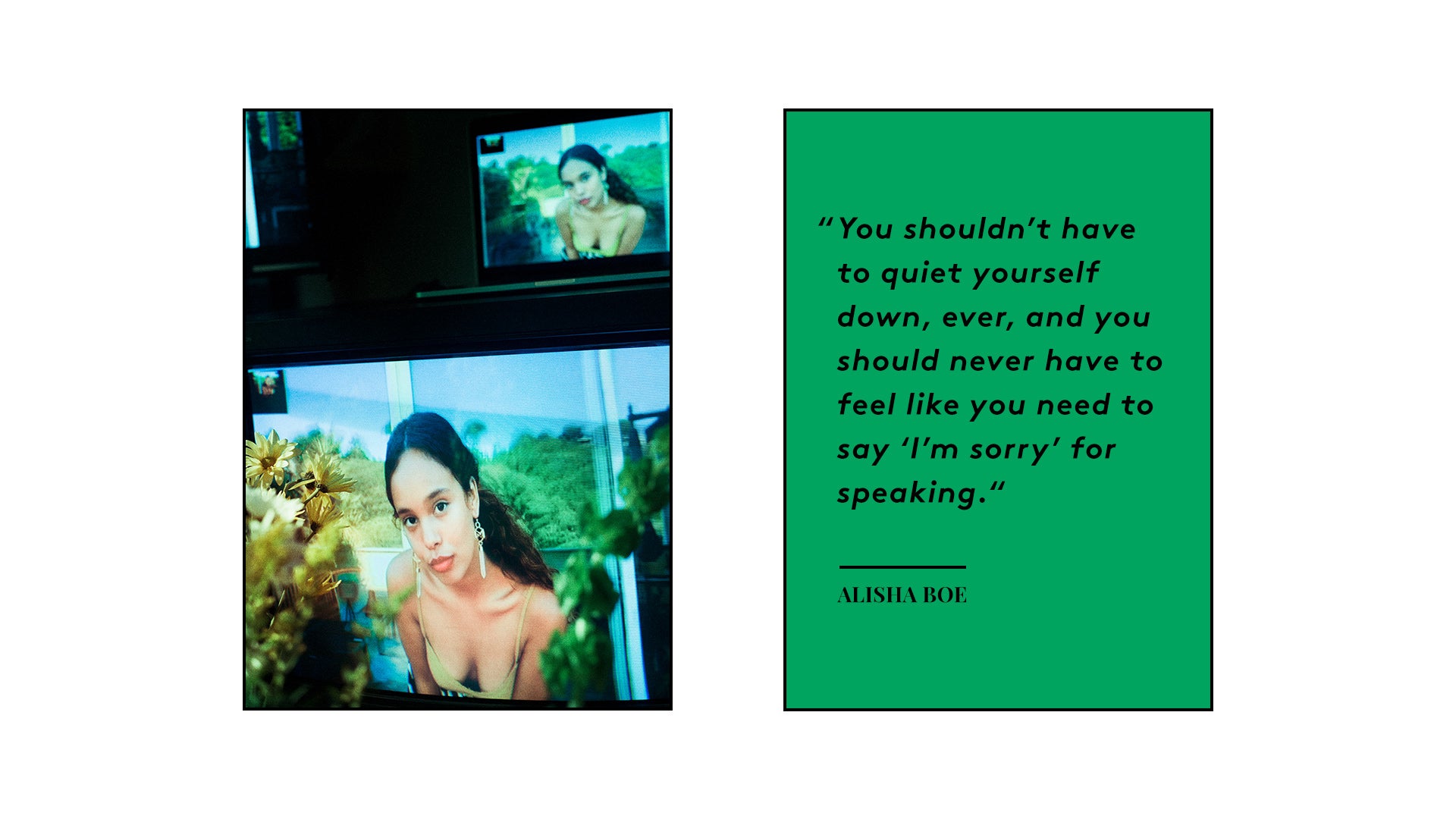 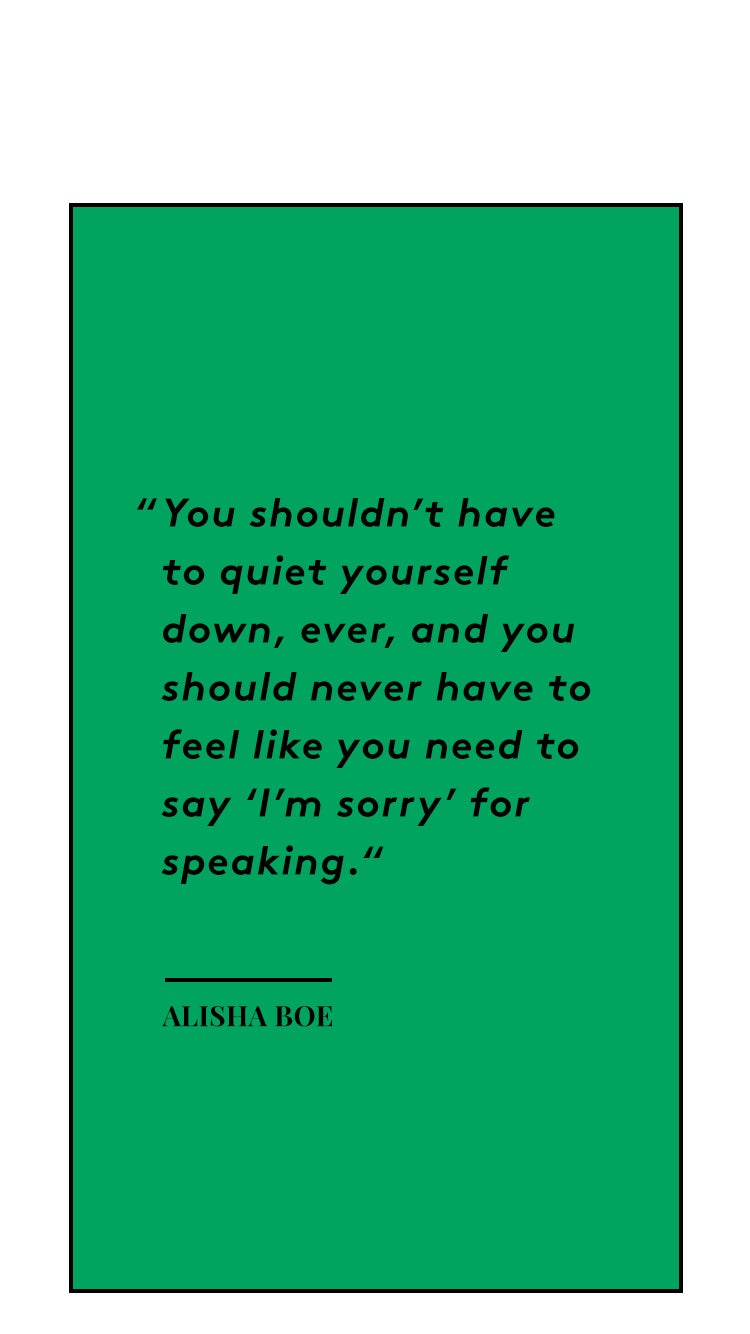 “I’m hoping to play not-a-teenager next. We’ll see. I’m hoping to step into young adulthood cinematically,” Boe says. “I don’t think the next thing I want to do is be on a TV show again. For the time being, I think I want to try something different just to see.”
While Boe says she is interested in doing plays (“That’s how you really earn your actor’s stripes, you know?” she jokes) or indie films, don’t be surprised if you see her back on TV in a very specific genre: the Shondaland masterpiece. Boe name-checks two titans of TGIT days gone by when listing her acting heroes. “I really look up to Kerry Washington and Viola Davis,” she says. “Viola said once in an interview, ‘When I decided to take on this role, it’s because I wanted there to be a dark-skinned woman as a lead of a network television show. Because that is important for the next generation of actors.’ I think that’s just incredible.”
Now that 13 Reasons Why has ended, Boe must also reckon with the legacy of her own work as Jessica Davis, the biracial girl who changed one high school forever. Although she initially laughs about the idea of making a “grand proclamation” about her character, soon her voice falls into the serious tones of Jess. “I just hope viewers ultimately take away that you really never have to be alone,” Boe says. “You never have to go through anything alone. To reach out and speak out is always the best option.”
Advertisement
Unbothered
Legendary Star Leiomy Maldonado Takes Us Inside The Worl...
Imagine a place where you can be anything you want to be and fully embrace who you are — without judgment. For Black folxs and members of the LGBTQ+ comm
by Kourtney Pope
Pop Culture
Are We Going Through A Nostalgia Burnout Right Now?
If you go to the cinema right now, chances are you will find at least two sequels, a reboot and a cameo-laden franchise film playing at any given time. Eve
by Shivani Dubey
Not Your Token Asian
Chloe Kim’s Newest Trick: Breaking The Role Model Myth
For the two-time Olympic champion snowboarder, the pressure to be the best comes with the task of being a role model for an entire AAPI generation.
by Melissah Yang
Advertisement
Unbothered
BBMAs Honoree Lil Miss Flint Is Still Fighting For Clean Water
The Billboard Music Awards are a celebration of top-charting artists and their contributions to music and pop culture, but in recent years, the award show
by Ineye Komonibo
Unbothered
Your Favorite (Fictional) Teacher Quinta Brunson Is Giving Back T...
If you were to ask a teacher what they love the most about their job, it’s a safe bet that many would say working with students is their highlight. Unfor
by Ineye Komonibo
Entertainment
Are We In The Most Boring Era Of Celebrity?
Did you feel it too? Your throat stifling a little yawn when faced with the mundanity, nay, the utter vibelessness of this year’s Met Gala? Granted,
by Maybelle Morgan
Unbothered
Was Will Smith’s Oscar Slap In Solidarity With Black Women Or An ...
Just when we thought that the Oscars couldn’t get wilder than the infamous  2017 Best Picture snafu (justice for Barry Jenkins and Moonlight, still), th
by Ineye Komonibo
Unbothered
“Be Delusional!” — Why Black TikTokers Are Unsubscribing From Rea...
“Be delusional,” Kierra Lewis, a TikTok user yells into her phone. “Fuck what everybody else talks about, this whole be realistic thing. My key to li
by Chanté Joseph
Unbothered
What Should We Do About Kanye West? Maybe…Nothing
In the decades since his debut as a plucky young rapper from the southside of Chicago, Kanye West changed the way we thought about music, fashion, and how
by Ineye Komonibo
Black History Month 2022
A Renegotiation Of Hollywood’s Black Girl “Villain” Trope
Hollywood wanted us to believe these Black girl characters were villains. In reality, they were just right.
by Ineye Komonibo
Unbothered
The Super Bowl Halftime Show Was Blackity-Black, But We’ve ...
For the first time in its almost 60-year run, hip-hop took center stage at the Super Bowl half-time show, resulting in a performance that may go down in hi
by Ineye Komonibo
Entertainment
How Scammers Became Accidental Antiheroes Of The Girlboss Era
Con artists are nothing new. But our collective interest in them has been piqued in recent years as a number of high-profile scandals have redefined the wa
by Alice Porter
Advertisement
Advertisement
Discover
R29 Stories & News
Watch
R29 Original Series & Films
Shop
R29's Most Wanted