Skip navigation!
Story from Style
Photographed by David Cortes.
Over the last 10 weeks, as COVID-19 left thrift stores across the country no choice but to shutter their doors, vintage enthusiasts have been forced to discover ways to thrift online. We haven’t sourced anything in person since before March 13,” says Hannah Richtman, founder of Brooklyn’s premiere curated vintage shop The Break. And while back stock inventory has helped to keep vintage e-shops afloat thus far, those resources will soon be exhausted. When that happens, online resources will be the only option for many secondhand sellers.
Since we, too, have had to resort to shopping online for vintage gems, we reached out to experts in the thrifting industry to learn about their findings. Ahead is everything you need to know about buying vintage online, from what keywords to use to get the best search results to which items are safest to order without actually trying them on, and so on — all from those who know best.
Advertisement

What are the easiest and hardest items to thrift online?

“Because you don’t have to worry about the fit so much, shoes and handbags tend to be the easiest items to thrift,” says Quinn Lake, the owner of the Depop store @quinnlakee. Lake knows what she’s doing — just ask one of the 1,047 people who’ve left her a glowing review.
As for the items that’ll give you the hardest time, according to Lake, it’s not an item but rather a brand: Levi’s. “I'm always on the hunt for Levi’s and good vintage T-shirts,” says Lake. “Those are the two items that tend to sell the fastest.”
Still, if Levi’s is what you’re after, experts have tips for you. First, do research on the specific styles, so that you know what to look for. The most sought-after style is the brand’s original 501s, which are straight-legged, mid-rise jeans with a signature button-fly closure. 505s are similar to 501s in shape but have a zip closure rather than a button-up one. 550s are tapered, 517s are boot-cut, and 515s are meant to flatter the butt. In addition to style differences, the price varies for each style, so don’t be surprised when you find original 501s for $100+ and a later style like 517s for something around the $10 range. True 501s will also feature a pinky-nail-sized red tab on the back pocket. It should read, “LEVI’S.” Don’t worry, though, if you find a pair that reads, “Levi’s” instead of “LEVI’S.” In the ‘50s, the American heritage brand went lowercase.
Advertisement

How do I know what my size is?

When it comes to bottoms, “The waist measurement is obviously important, but pay close attention to the rise, a.k.a. the length from the middle of the groin seam to the waistband,” says Joel Nelson, the owner of Grailed account raf and a regular buyer and seller on eBay and The RealReal. “Your rise measurement will tell you if you will be wearing the pants lower at your hip bone or higher at your natural waist and closer to your belly button.”
If you’re shopping for jeans, measurements are especially important because vintage styles aren’t sized in the same way as, say, a pair of jeans from Zara. Plus, when shopping for a vintage pair, you can almost always assume that one of the many previous owners took them in or out at some point. So rather than just looking at the size on the label, you have to measure the rise, waist, hips, etc. if you want to receive jeans in the mail that truly fit.
Richtman suggests not only knowing your measurements but updating them often — and that goes for top and dress ones, too. “Measure your body frequently,” she says. “Having updated measurements, especially your waist, hips, rise, and inseam, will guarantee that what you order online actually fits when it arrives.”

What do I search for?

“Start by searching one specific brand or silhouette that you love and then let yourself get lost — most sites will have a recommended feature where you can find similar designs/styles,” Richtman says. “Add everything you love to your cart and edit later.”
Advertisement
Nelson, on the other hand, suggests broadening your search first. “When it comes to vintage tees, rather than searching by subject matter for specific graphics, cast a wider net and search by the model and size of your favorite top. You will have more to browse by searching pre-owned listings for ‘Hanes Beefy XL’ than ‘vintage royal blue Henri Matisse T-shirt,’ for example.”
In addition to size, use filters like price and materials. If you’re looking for “white vintage blouses,” you’re going to get a lot of results. Filters like "under-$50" or "cotton-only" will save you from getting overwhelmed.

What should I look for in terms of sellers?

“Try to find sellers who accept returns,” says Nelson. “If you are unhappy with the fit or condition of your garment, at least there is the silver lining of contributing to the financial longevity of the struggling USPS.” Lake agrees, adding that thrifting on a site that allows you to pay through PayPal is your best bet: “That way you have customer protection.”
She also suggests steering clear of sellers who aren’t very active. “I always check to make sure the person has good reviews and seems consistent with their posting,” she says. “I wouldn’t recommend buying a Prada bag from someone who only has that one item listed on their page.”

Where should I buy vintage and secondhand items online?

“EBay will always be my first destination, but I have been surprised with some gems I have found on Etsy as of late,” says Nelson. Both Richtman and Lake are loyal to Depop.  “It helps that Depop is set up like Instagram, so it's super user-friendly,” says Lake. “Also Instagram now has a ton of really cool shops that I love and often buy from. Sometimes, I will also just type what I'm looking for on Google and click Images. You never know when exactly what you’re looking for will pop up instantly and direct me to a site.” All to say: Online thrifting, like thrifting in person, is a game of patience. There’s a lot of scrolling, searching, bidding, and waiting for your exact item to be put up for auction.
If thrifting isn’t your job, though, like it is for these sellers, sometimes your best bet is to rely on the experts. “Support small vintage businesses when you can — they’ve already done all of the legwork,” suggests Richtman, whose selection is known for its covetable vintage fashion. “So many women, like myself, have built their careers by honing the skill of sourcing and curating inventory for their customers,” she adds. “There’s a lot of care and resources invested into the vintage industry, so if you can, shop from them directly, and save yourself a lot of time.”
shop 6 products 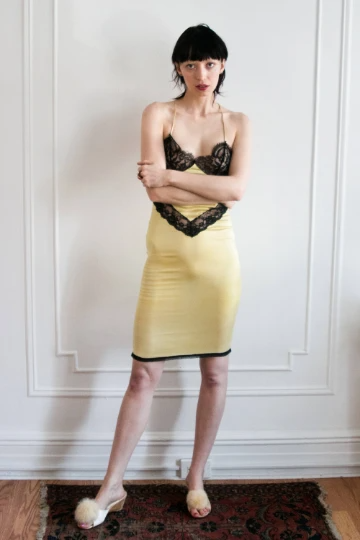 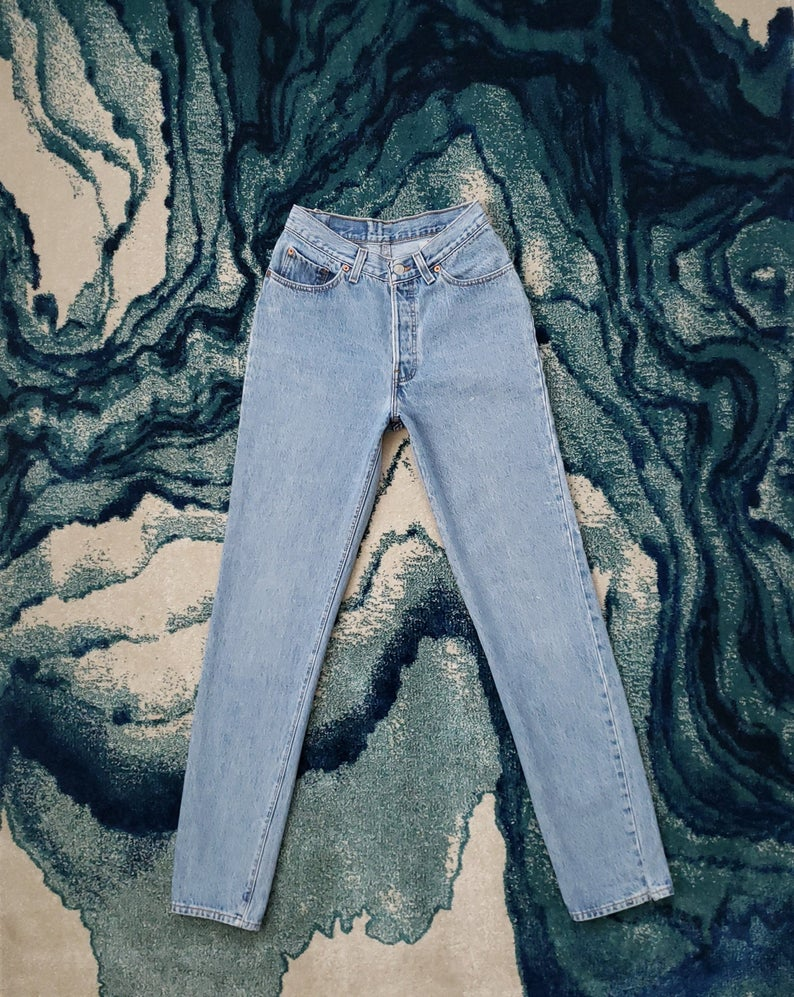 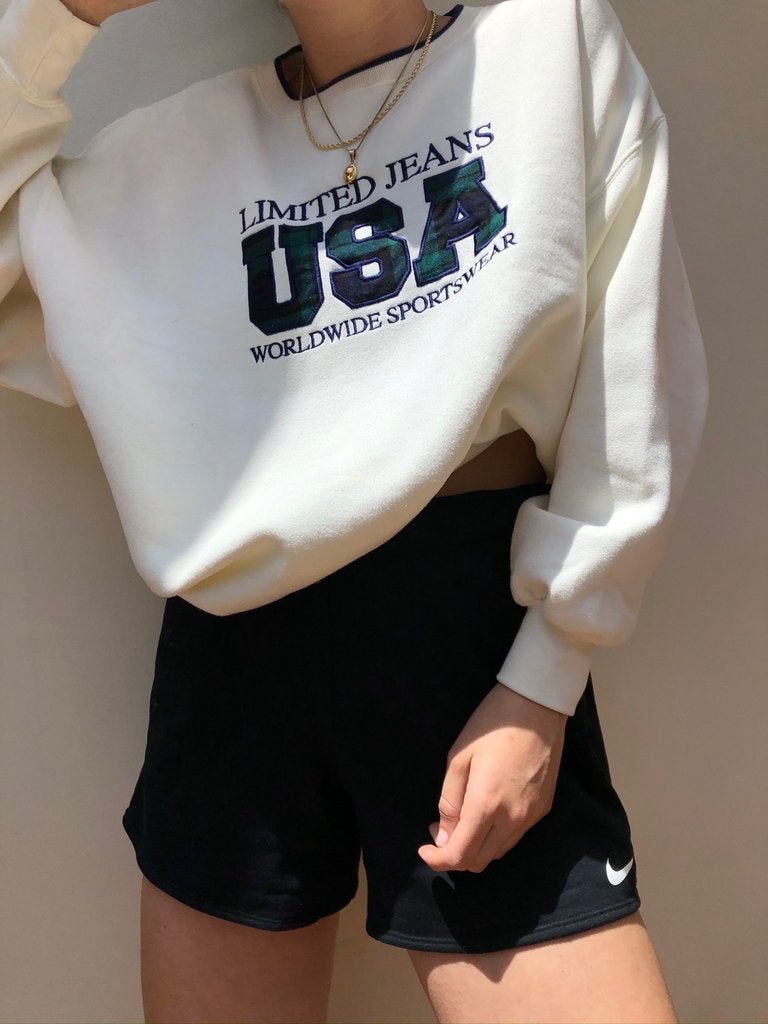 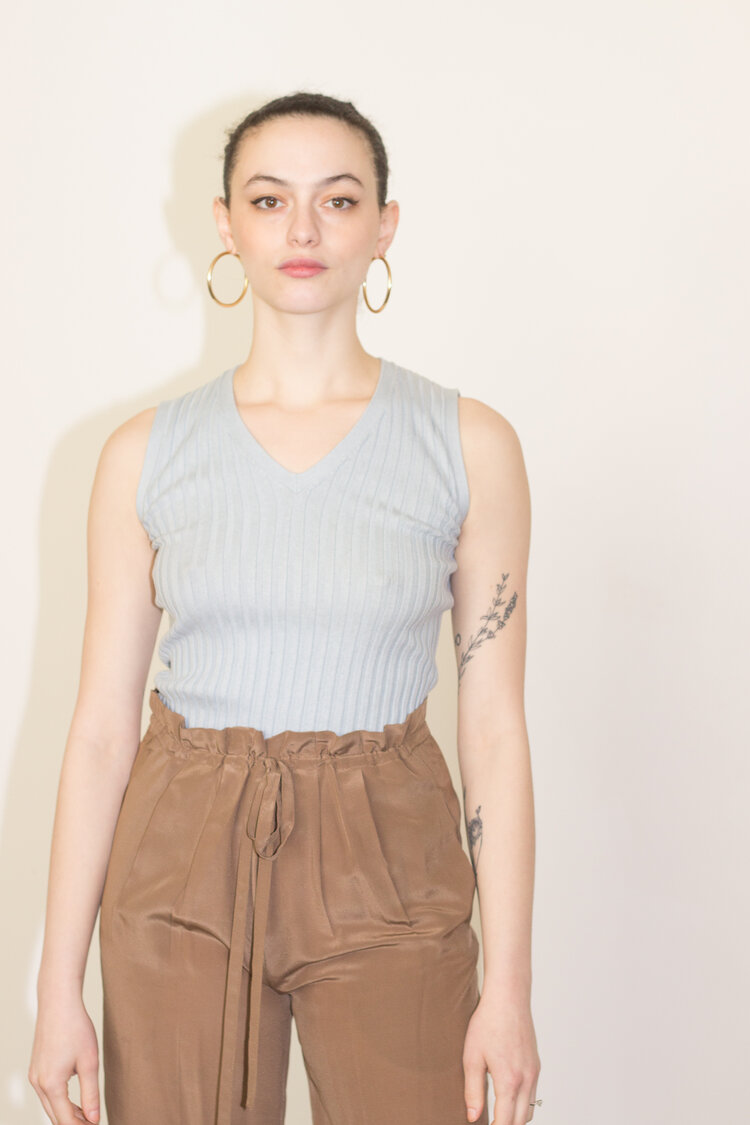 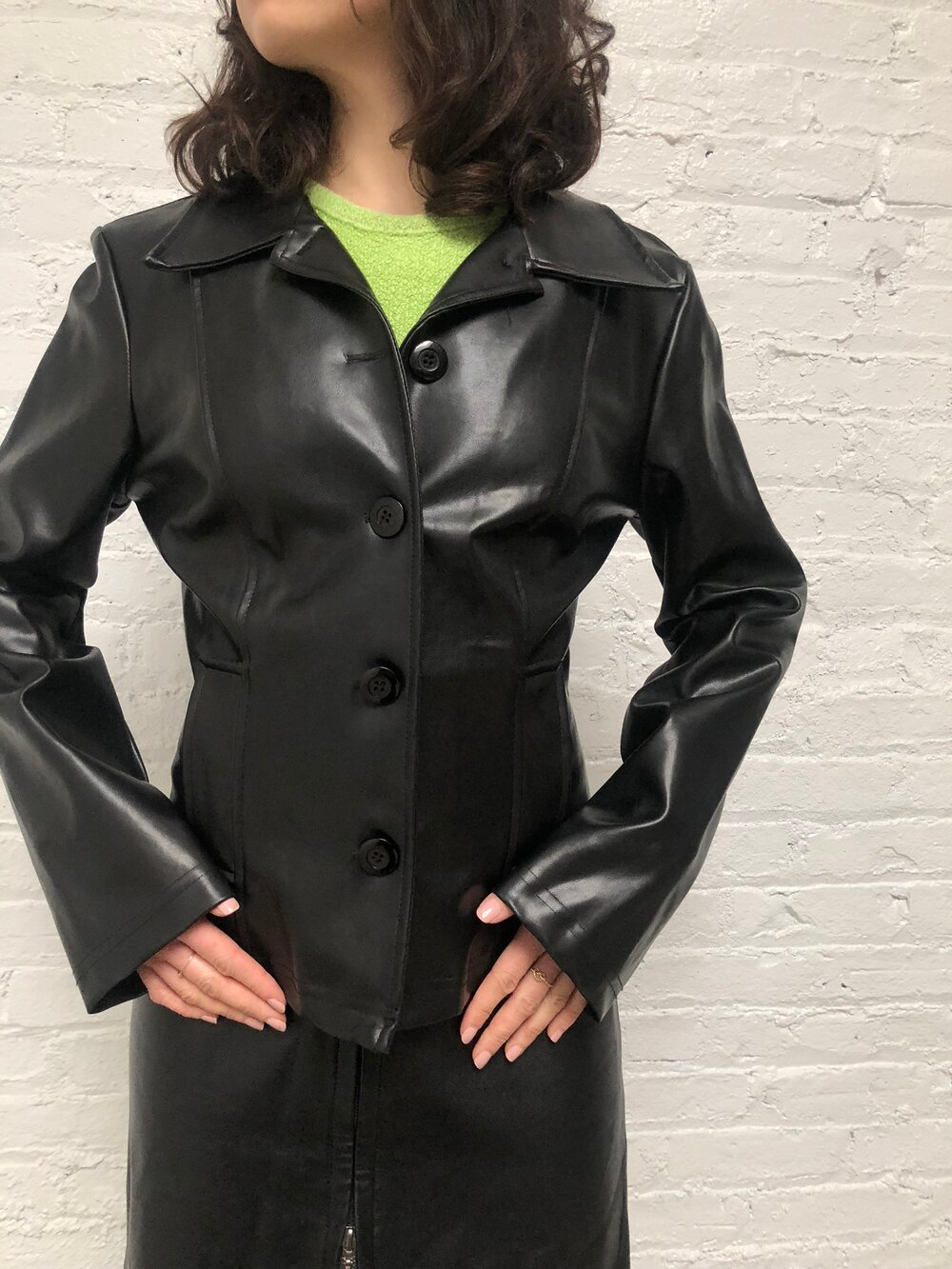 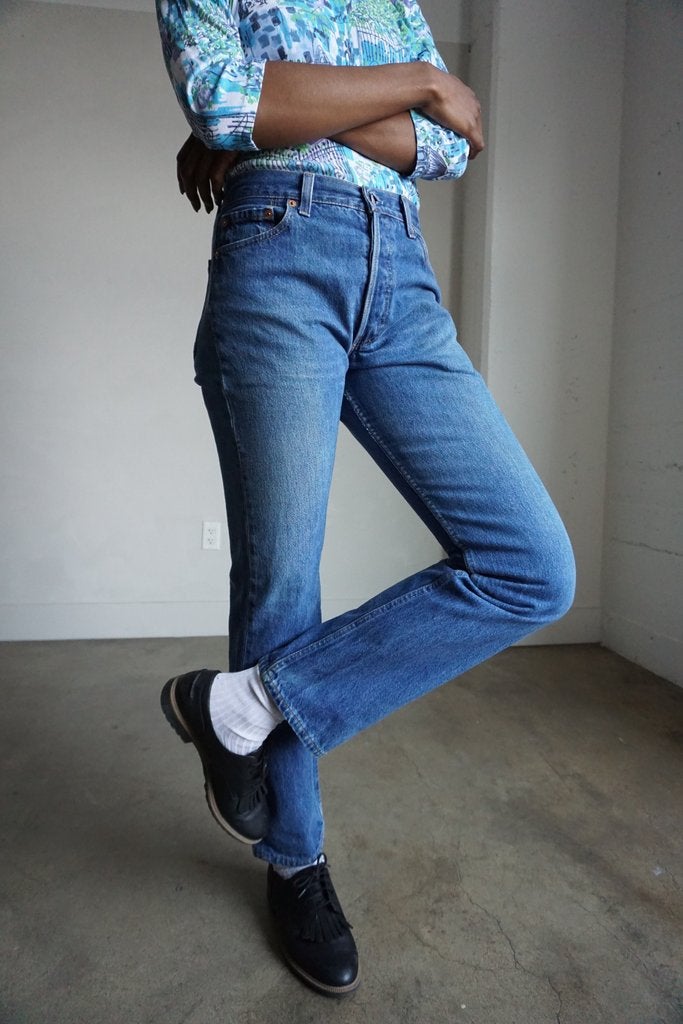 Levi's
Levi's 501 Jeans Dark Wash, Sz. 28 X 32
$140.00
Fair Season
Most Wanted
Athleta Is Slept On & Here’s Why You Should Be Shopping There
Here at R29, we’re all about sharing well-vetted products with you, so I’m here to share some of my personal favorites and some plus-size best sellers
by Chichi Offor
Cool Jewelry
Catbird’s Birth Flower Charms Beat Your Classic Bouquet
You can find NYC-based Catbird‘s delicate pieces the world over, from the halls of Buckingham Palace to the streets of Brooklyn. While it counts Megh
by Amanda Randone
Fashion
The Latest Fringe Trend Is The Most Optimistic — And Fitting — Sp...
The coronavirus pandemic has made us feel stagnant in many ways. The coming and going of new variants and constant threats of yet another lockdown have mad
by Frances Solá-Sant...
Advertisement
Shopping
How HOKAs Became The “It” Sneaker Beloved By Both Mar...
If you’ve spent any time looking at running shoes (or everyday ugly dad sneakers, for that matter), it’s likely that you’ve already come
by Jinnie Lee
Fashion
Kahlana Barfield Brown On Shopping Secondhand & Why Jeans Go With...
Style and beauty expert Kahlana Barfield Brown is an avid thrifter. If you follow her on Instagram, you know that her styling videos and fashion photos oft
by Venesa Coger
Shopping
31 Non-Boring Valentine’s Day Gifts For Your Guy
by Bobby Schuessler
Most Wanted
This Big-Box Shoe Shop Is A Untapped Resource For Classic Sneakers
From running around breathless playing tag during recess to scurrying through huge crowds of people for your first grown-up job, one thing has remained the
by Chichi Offor
DIY
Craft The Winter Days Away With A DIY Kit From Etsy
by Jinnie Lee
Lingerie
Attention, Cuup Cult — These Sheer, Supportive Bras Are On Sale F...
We ask a lot of our undergarments — and finding a good high-quality, supportive, comfortable and sexy bra for less than $50 can seem like an impossible t
by Mercedes Viera
Winter Fashion Guide
Treat Your Lower Half To A Pair Of Cashmere Sweatpants This Winter
by Emily Ruane
Style
Twee Fashion Is Back — Here’s How To Update It For 2022
Indulge us for just one moment and cast your mind back to the early 2010s. You’re heading to Blockbuster to rent 500 Days Of Summer on DVD, bopping away
by Alicia Lansom
Fashion
Secondhand Formalwear Is More Popular Than Ever. Here’s Why
Trisha Bantigue first entered the pageant world in college in hopes of landing scholarship money, after having emancipated herself from her mother. Despite
by Frances Solá-Sant...
Advertisement
Advertisement
Discover
R29 Stories & News
Watch
R29 Original Series & Films
Shop
R29's Most Wanted