Skip navigation!
Story from Shopping
“I don’t wear clothes other than jumpsuits,” says chef Missy Robbins, who helms two of NYC’s most white-hot temples of carbohydrate worship, three-year-old Lilia and new-ish-ly opened sister restaurant Misi. “I have probably twelve,” she continues, “two different grays, two blues, lots of black — I wear mostly black.” The bulk of this chef’s dozen wardrobe was designed by Tilit, a workwear brand headquartered on the Lower East Side of New York, owned and operated by Jenny Goodman and Alex McCrery, a husband-and-wife team who started their hospitality-focused brand in 2012 after shared decades of working in the restaurant industry.
Advertisement
Prior to Tilit’s launch, traditional chef-wear hadn’t changed since the mid-1800s, with the standard white double-breasted jacket cut without much consideration for body type. (“Women’s [whites] were basically just smaller versions of a men’s coat,” explains Goodman.) “I certainly felt comfortable in my chef’s clothes,” adds Robbins, who had worn the standard garb for most of her 27-year career in fine dining, “but I never felt particularly great.” Tilit set out to create a fashion brand that was also kitchen-friendly, offering chefs workhorse garments that were rugged enough to survive a busy Saturday night, rendered in silhouettes and colors that could be worn into the dining room or even on the street. Explains Missy: “What Jenny and Alex have done is say, ‘Why can’t [chefs] dress in a way that’s more fashion forward?’”
After the group met on a consulting project in 2014, Robbins — a self-described “crazy creature of habit” — was persuaded by her girlfriend to try one of the brand’s existing jumpsuits. (“At first I was like, ‘No, I’m going to stick with what I’ve been wearing for 20 years,’ but one day I snuck it on, and I was like, ‘Oh, this feels good.’”) Last year, the three decided it was time to collaborate, so they re-worked one of Tilit’s existing styles to Missy’s specifications, adding long sleeves (“I started complaining that I was cold,” she says) and a front zipper in lieu of buttons. “It’s easy on, easy off — very important for hustling,” adds Jenny. The result landed on Tilit’s site this past Thursday: a heavy-duty one-and-done outfit that can go from kitchen to dining room with ease. Missy sums it up: “They’ve [enabled] chefs — men, women, everybody — to break the mold of wearing a traditional uniform, and feel great about themselves while they’re working, like everyone else in the world gets to do.”
Advertisement
Click through to shop Missy Robbins’ limited-edition jumpsuit, along with a few of our other favorites from Tilit’s lineup. 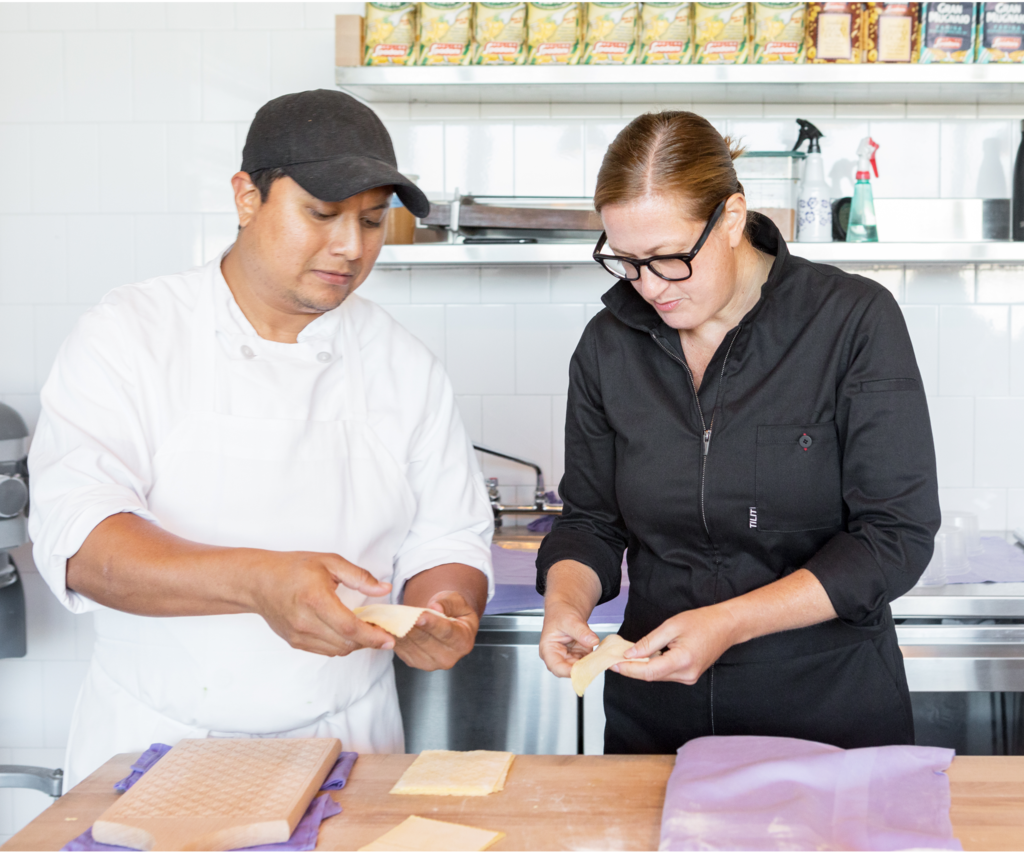 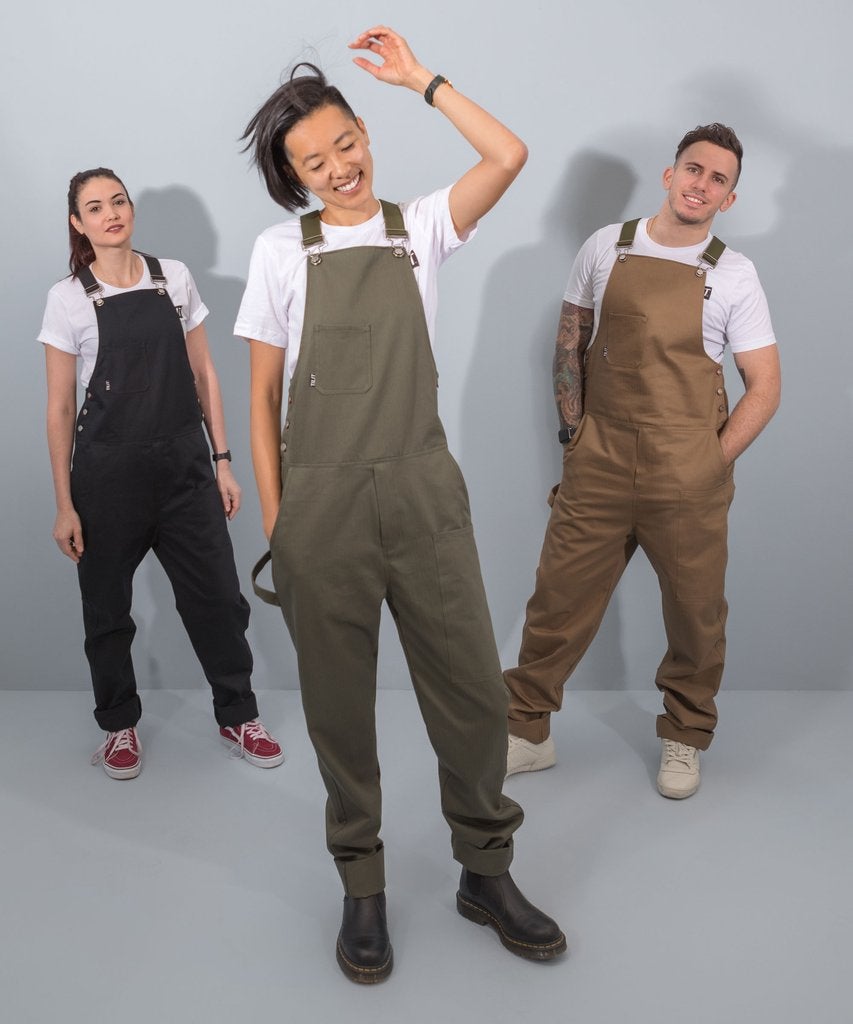 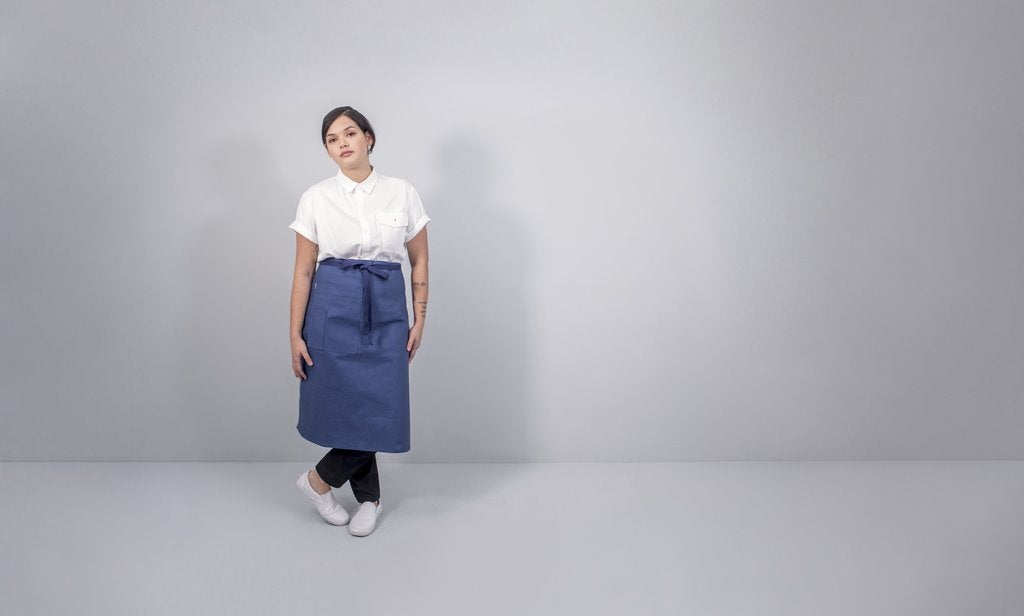 Tilit
Bistro Apron
$55.00
Tilit
At Refinery29, we’re here to help you navigate this overwhelming world of stuff. All of our market picks are independently selected and curated by the editorial team. If you buy something we link to on our site, Refinery29 may earn commission.
Related Content:
Most Wanted
Lululemon’s First Dog Product Is Actually A Clever TikTok Hack
A funny thing happened when I recently stopped by my local Lululemon boutique to browse. I was naturally accompanied by my rescue pomchi, and, as per usual
by Karina Hoshikawa
Fall Fashion Guide
Elevate Your Transitional Wardrobe With AllSaints’ New Coll...
It's never too late to get a head start on curating next season's 'fits with a statement piece or two.
by Vivien Lee
Deals
Reformation’s Big Summer Sale Means Even More Sunny Days Ahead
While September is merely a few weeks away, summer simply cannot end without a blowout Reformation sale. Fortunately, the reader-favorite dress destination
by Mercedes Viera
Advertisement
Most Wanted
Summersalt’s Biggest Sale Of The Year Is Here — & It’...
Folks near and far gather around as Summersalt's Endless Summer Sale Event is almost here. It's the brand's biggest sitewide promotion, so you won't want t
by Vivien Lee
Summer Dresses
The Best Linen Dresses To Keep You Cool All Summer
by Jinnie Lee
Handbags
20 Reasons To Embrace The Laissez-Faire Attitude Of A Woven Baske...
It's (finally) summer, and you know what that means! Woven bags are back, and this season, they've undergone a major renovation.
by Emily Ruane
Most Wanted
Anthropologie’s Aesthetically-Pleasing Dinnerware & Furnitu...
by Chichi Offor
Shopping
The Best Sunglasses — From Stylish Tinted Lenses To Minimalistic ...
You only get two eyes in this lifetime, so it’s important to keep ‘em as healthy and stylish as possible. On those supremely bright and sunny days, tha
by Jinnie Lee
Deals
15 Hollister Y2K Gems On Sale Right Now
by Mercedes Viera
Guide To Swimsuits
4 Metallic Swimsuits To Dazzle Away The Summer In
For your next dip in the pool, glide into the water in a shiny metallic swimsuit. It’s a playful alternative to the simple matte one-tone sets. Furth
by Vivien Lee
Most Wanted
The Under-$100 Buys R29 Shopping Editors Loved In July
by Karina Hoshikawa
Cyber Monday
Score An Extra 20% Off Madewell’s Summer Sale
by Mercedes Viera
Advertisement
Advertisement
Discover
R29 Stories & News
Watch
R29 Original Series & Films
Shop
R29's Most Wanted