Skip navigation!
Story from Most Wanted
Photo: courtesy of Bokksu.
As sad as it is to admit, I used to feel that being Japanese made me kind of uncool. My go-to lunches of (delicious) grilled salmon bentos and (also delicious) onigiri weren't always a hit with the cafeteria crowd. You wouldn't know it these days, though, with the proliferation of trendy Japanese cafes and a Western cultural awakening to delicacies like mochi, red bean, and black sesame. (Can I get a holla for natto, yet? No? Okay!)
All that's to say that it has warmed my heart (and my belly) to see things like online Asian grocery stores and taiyaki ice cream shops hitting it big in cities and yes, on Instagram. Another 2021 discovery of mine: Bokksu, a monthly subscription box that delivers a curated bounty of authentic, hyper-locally sourced snacks from various regions of Japan. Their upcoming seasonal offering is the Moon Festival Box, for which the signature Bokksu orange packaging got an after-dark makeover, and in its honor I tried the assortment of curated artisanal snacks to see if they're the real deal.
Advertisement
Photo: Courtesy of Karina Hoshikawa
Inside Bokksu's Moon Festival box.
When I first heard of Bokksu, I immediately assumed it would be shilling mass-produced Japanese snacks that have made it big in the States: Matcha Kit-Kats, Pocky, chocolate-covered mushroom-shaped biscuits (just roll with it!), and maybe some savory shrimp chips. (Nothing wrong with those, as they're all fantastic — there's just a lot more to Japan than that.) Upon unboxing my own Bokksu, I was proved delightfully wrong. Even as a Japanese person, I have to admit that I only recognized half of the goodies inside — which honestly made me ecstatic. The box changes every month, but there's always a balance of sweet and savory treats, plus a tea pairing for each collection. This month's tea was a hojicha (roasted green tea) latte mix, which was incredible, TBH. To guide you through your culinary journey, Bokksu also includes a booklet with pictures and detailed descriptions of your snacks — including the people and places your snacks were sourced from. (Think of it as your Bokksu sensei, if you will.)
I have to say, there was a lot of joy happening as I perused my box's treasures and picked which snacks to sample first. A chocolate-covered, freeze-dried strawberry first spoke to me, as did a black sesame-speckled shortbread from a long-standing confectionery store in Osaka. On the savory end of things, chili oil-spiced potato chips from Okinawa certainly beat out any Lay's variety I'd ever had. My family is originally from Tokyo, but I'm very lucky to have traveled throughout Japan to eat many of these snacks from their places of origin; Bokksu mimics those experiences, minus the very expensive, very long plane ride(s).
Advertisement 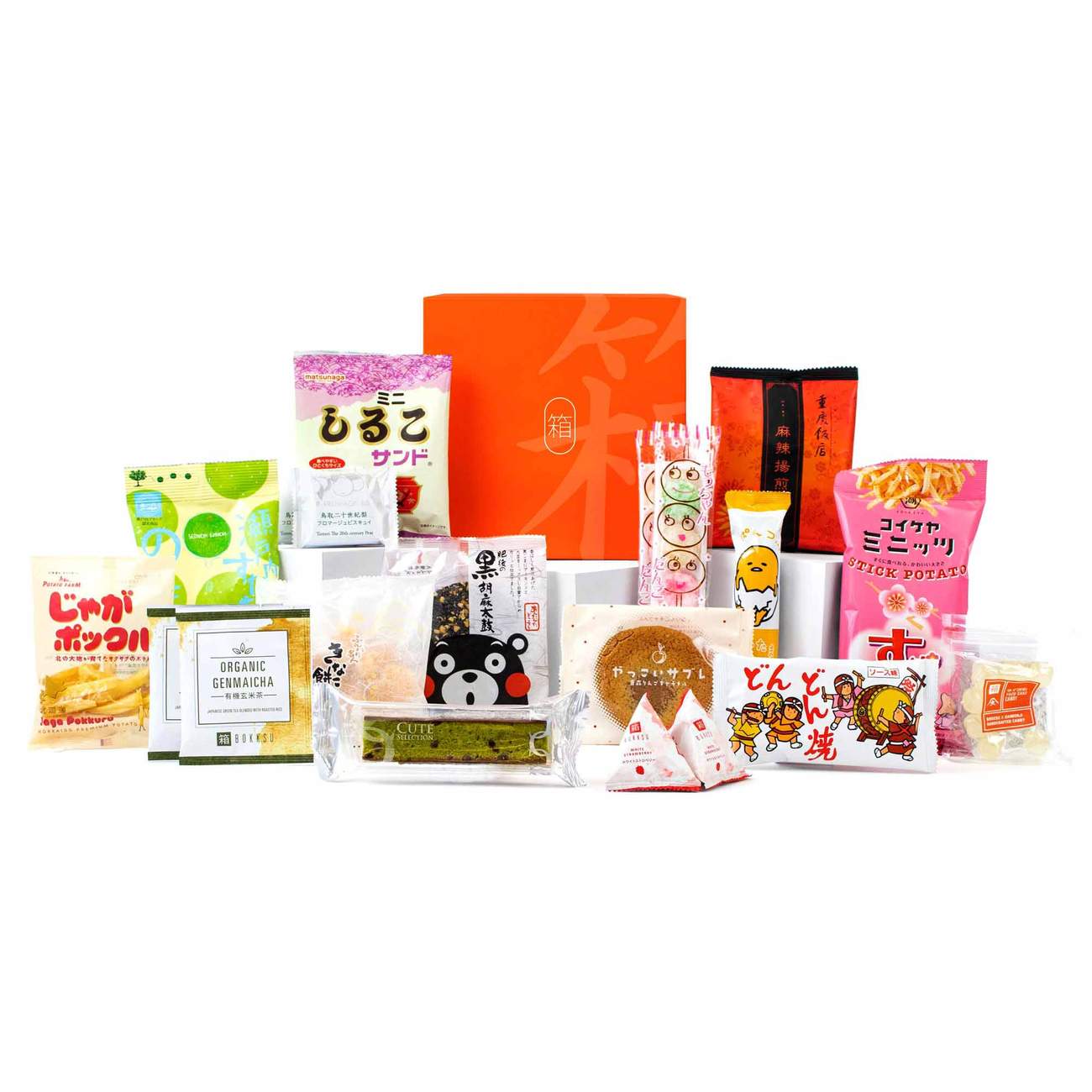 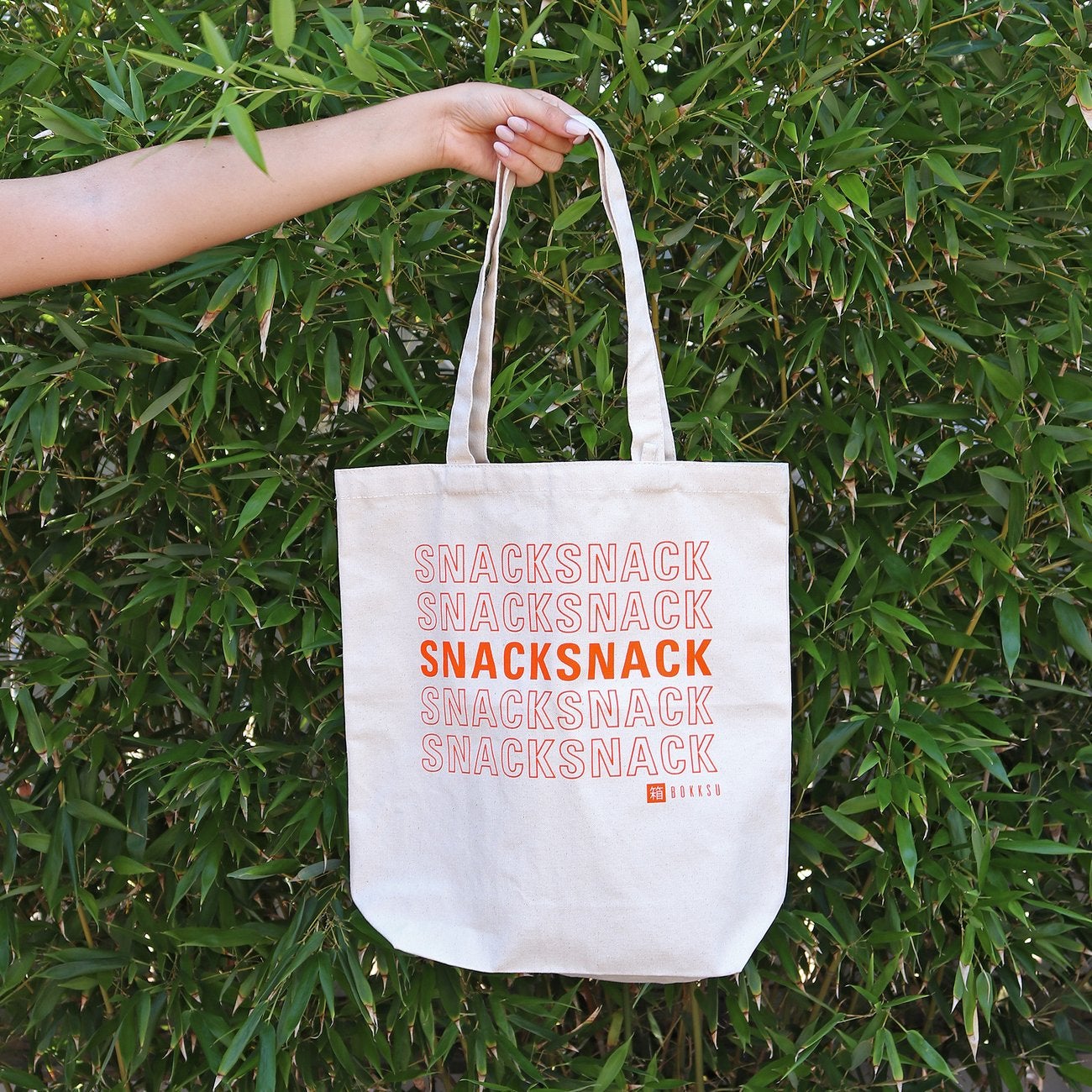 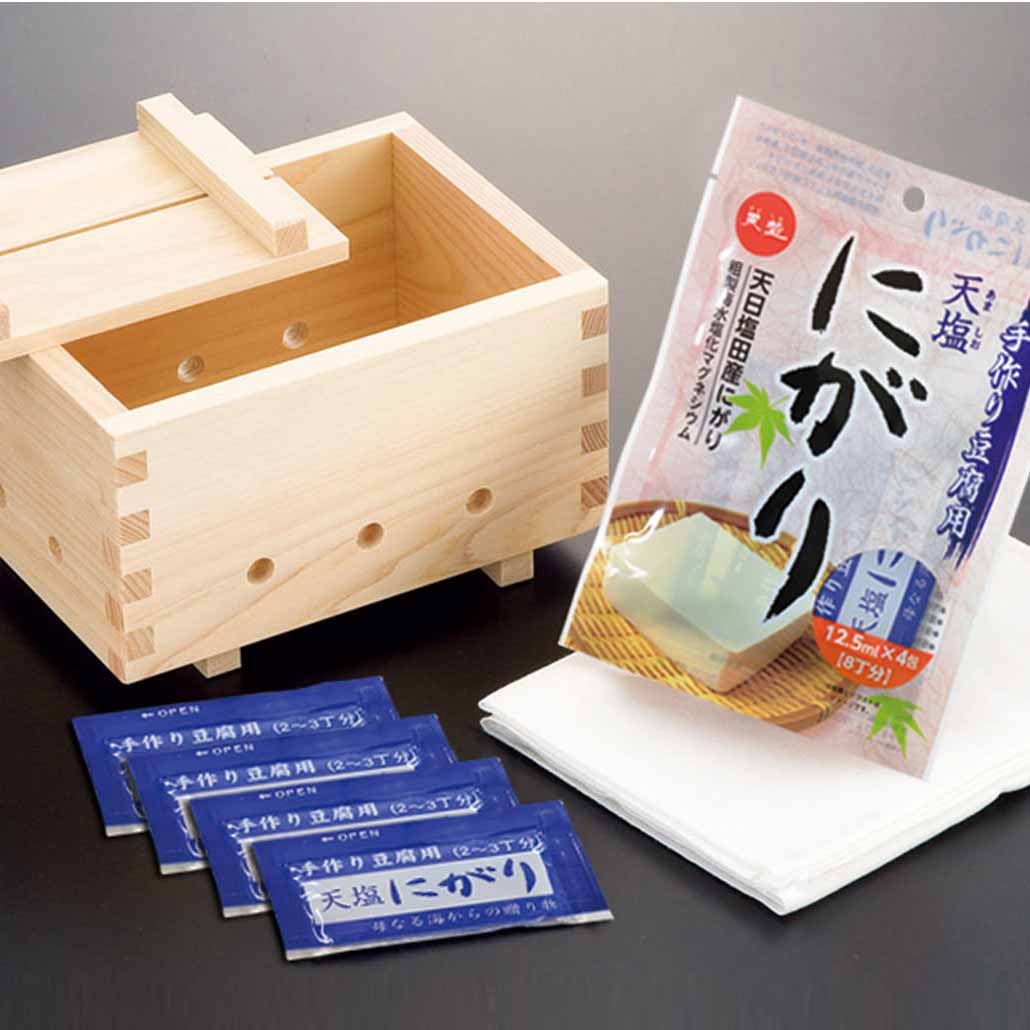 Yamaco
Make Your Own Tofu Kit
$45.00
Bokksu
If all of this is sounding pretty good to you, here's a breakdown of the many subscription options Bokksu offers: If you're ready for 12 months of Japanese snackin', you can get a year's worth of boxes for $479.40. (That's the best value available, with each month priced at $39.99.) Six-, three-, and month-to-month plans are also available (for $257.70, $134.85, and $49.95, respectively), and you can skip boxes whenever you like. If you're not ready to commit to a plan yet, you can also shop a limited supply of past boxes à la carte. Bokksu also has a very impressive (i.e. Japanese person-approved) online shop where you can buy things like teas, snacks, kitchenware, and more.
Is it expensive? Well, yeah. But if I received Bokksu as a gift, I'd be 11/10 delighted — that's how good it is. (I sent some snacks to my dad, and even he was impressed.) Whether you're seeking an authentic snapshot of Japan's extremely strong snack game, or you're like me and treasure the nostalgia of your favorite Japanese treats, Bokksu has something to offer any palate open to the possibilities of gooey mochi, senbei rice crackers, and dried seaweed tempura. 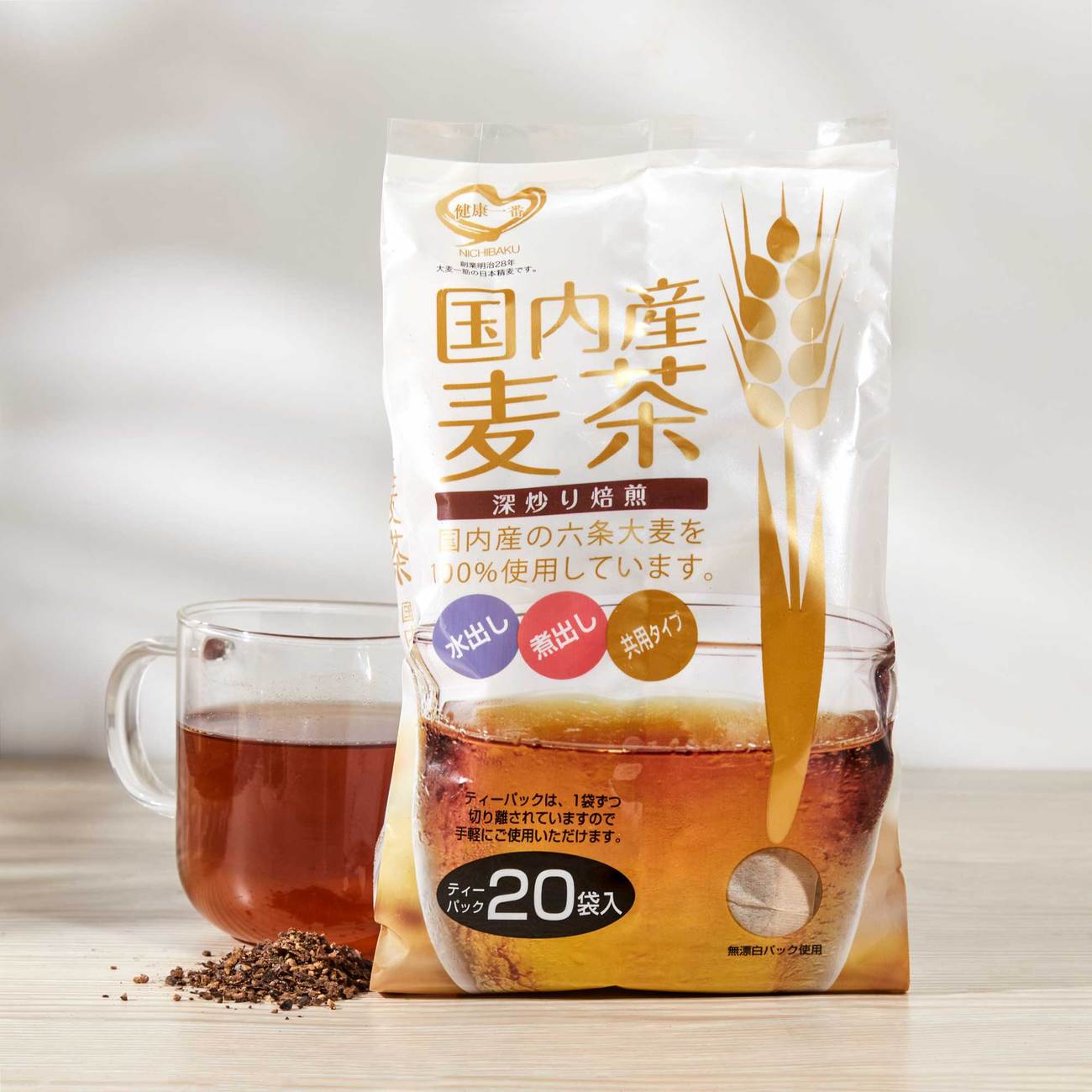 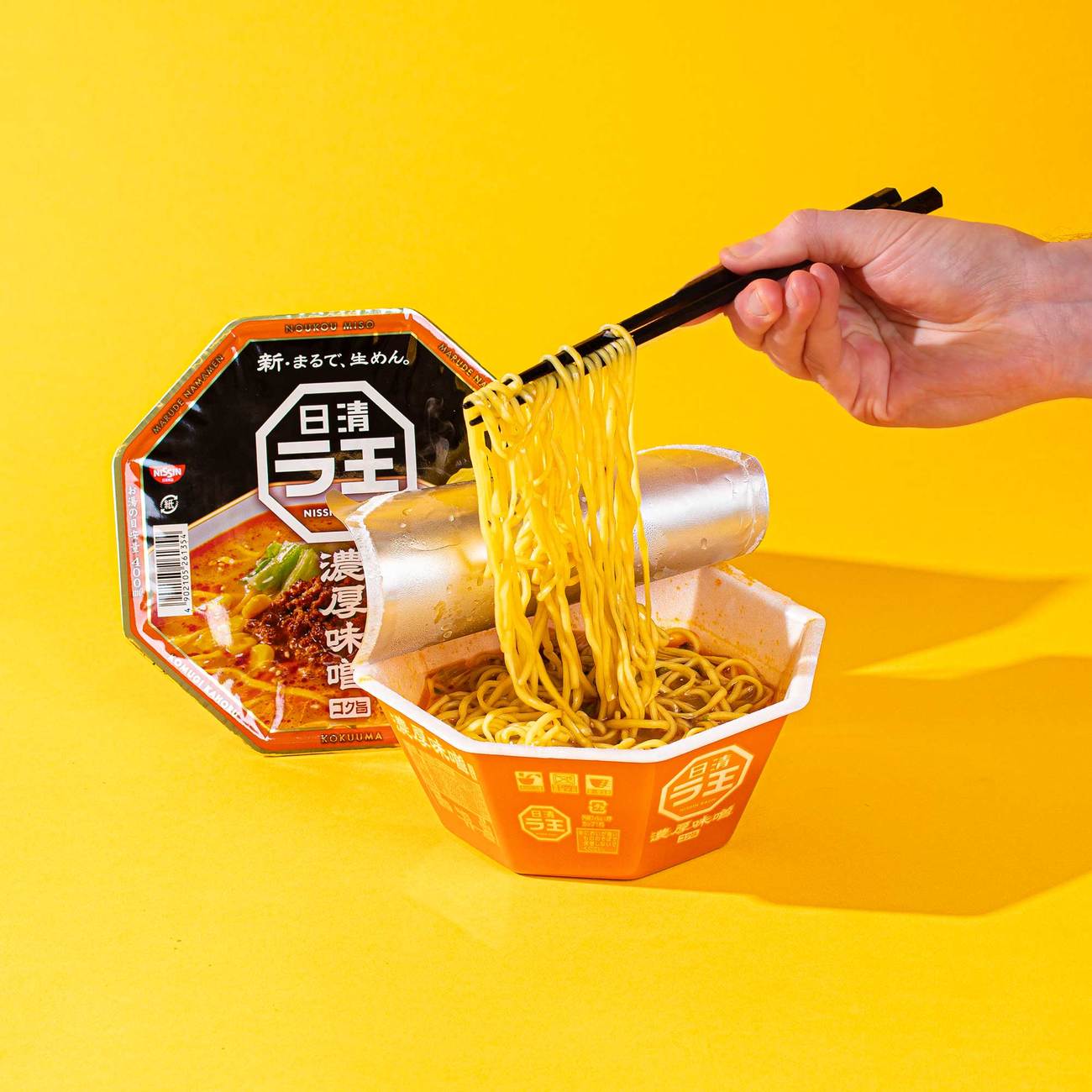 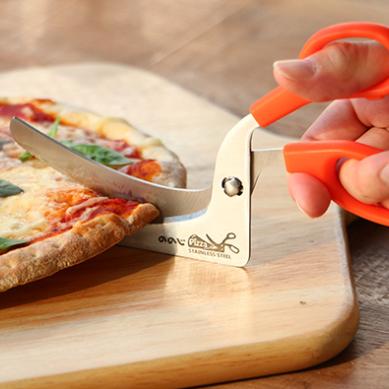 Nonoji
Pizza Scissors
$20.00
Bokksu
At Refinery29, we’re here to help you navigate this overwhelming world of stuff. All of our market picks are independently selected and curated by the editorial team. If you buy something we link to on our site, Refinery29 may earn commission.
Most Wanted
The Best Coffee Subscription Boxes For Stocking Your Kitchen-Cafe
After nearly two years (woah) of living, working, and existing almost entirely at home, it’s fair to say we added a few new tricks up the sleeves of
by Amanda Randone
Food & Drinks
These Climate-Friendly Crackers Made Me Put Down My Cheez-Its For...
read on to hear what makes these crackers taste better than my standby Cheez-its — and why Collins chose to fight climate change via delicious simple sna
by Alexandra Polk
Food & Drinks
Sakara Life Review: What It’s Really Like To Eat It For 5 Days
Let’s face it: cooking healthy meals at the end of a long work-from-home day (in the current state of the world) is at the bottom of our likely-to-do
by Cortne Bonilla
Advertisement
Most Wanted
The $30 Amazon Cold Brew Maker That Breaks Even In Two Months
Although I’m more of a tea enthusiast than a coffee devotee, I cannot resist the siren song of cold brew. Unfortunately, the delicious morning elixir
by Karina Hoshikawa
Most Wanted
A BOGO Half-Off Deal On The Cult-Favorite Always Pan
Super Sale Alert: For today only, nab two Our Place Always Pans for a total of $200 — that nets out to nearly $100 in savings, folks! Unlike other popul
by Alexandra Polk
Most Wanted
The Japanese Snack Subscription Box That Gives Me A Taste Of Home
As sad as it is to admit, I used to feel that being Japanese made me kind of uncool. My go-to lunches of (delicious) grilled salmon bentos and (also delici
by Karina Hoshikawa
Living
We Have A Lot Of Questions About Black Irish, Mariah Carey’...
Once upon a time, there were the Lady Gaga Oreos; even more recently, there was the Saweetie meal. Now, Mariah Carey — who blessed us last December with
by Lydia Wang
Food & Drinks
American Cheese Is Good, Actually
Once again, it’s become popular for people to rag on American cheese. I’m sick of it, and feel like it needs to be said that American cheese is delicio
by Mirel Zaman
TikTok
This Frozen Honey TikTok Trend Isn’t Exactly Good For You
Thanks to TikTok, we’ve seen a variety of food trends come and go over the last year: homemade pancake cereal, dalgona coffee, and that feta pasta. A
by Asia Ewart
Food News
We Have A Lot Of Questions About Jennifer Aniston Eating One M&M ...
There is snacking in moderation; there is savoring food. And then, there is whatever Jennifer Aniston likes to do with chips and M&Ms. In a new InStyle
by Lydia Wang
Most Wanted
The Best Iced-Coffee Makers That Bring The Café To You
by Alexandra Polk
Food & Drinks
So, How Is It Really? Bud Light vs Natty Light Boozy Popsicles
Over the last few years, the alcohol industry has seen an explosion of innovation and creativity. Following the rise (some would say onslaught) of hard sel
by Hannah Rimm
Advertisement
Advertisement
Discover
R29 Stories & News
Watch
R29 Original Series & Films
Shop
R29's Most Wanted