Skip navigation!
Story from Designer Collaborations
Nicole Richie has worn countless hats throughout her unique career in show business and fashion; morphing from Paris Hilton’s crass sidekick on the “The Simple Life” to paparazzi catnip as part of a flock of celebrities styled by Rachel Zoe who defined the undone elegance of mid-aughts Hollywood. In 2008, she founded House of Harlow 1960 — a jewelry collection that grew to include a full range of ready-to-wear and accessories. Today, thanks to a collaboration with Etsy, Richie is adding home goods to her eclectic repertoire. The celeb-prenuer launched the House of Harlow 1960s creator collaboration at the maker marketplace with a lineup of pillows, blankets, home accents, and ceramics designed in partnership with a group of Etsy artisans, each selected by Richie.
Advertisement
“

The experience of searching for artisans was so exciting and truly opened up a whole new door of inspiration for me.

NICOLE RICHIE, HOUSE OF HARLOW 1960 FOUNDER
”
Nicole Richie & Etsy's House of Harlow 1960 Creator Collab.
There’s a golden glow that permeates the collection, which is filled with homespun goods in shades of clay, persimmon, ochre, and mustard for an overall palette that bears a distinctly West Coast warmth. In a statement, Etsy explained that “this collection was inspired by the desert at dusk,” and meant to conjure “golden afternoons and bonfire-filled nights.” The small businesses represented in the collaboration — nearly half of which are BIPOC-owned — include Omi Woods, who collaborated with the House of Harlow designer on a collection of talismanic pendant necklaces and Kansas City’s The Object Enthusiast, who helped Richie create gold-flecked ceramics. “Being able to see the workmanship of different people within the Etsy community,” says Richie, “and to be able to collaborate with them has been one of the more creative experiences of my career.”
House of Harlow 1960 Creator Collab | Burgundy Ikat Dog Bed | Durable Pet Bed 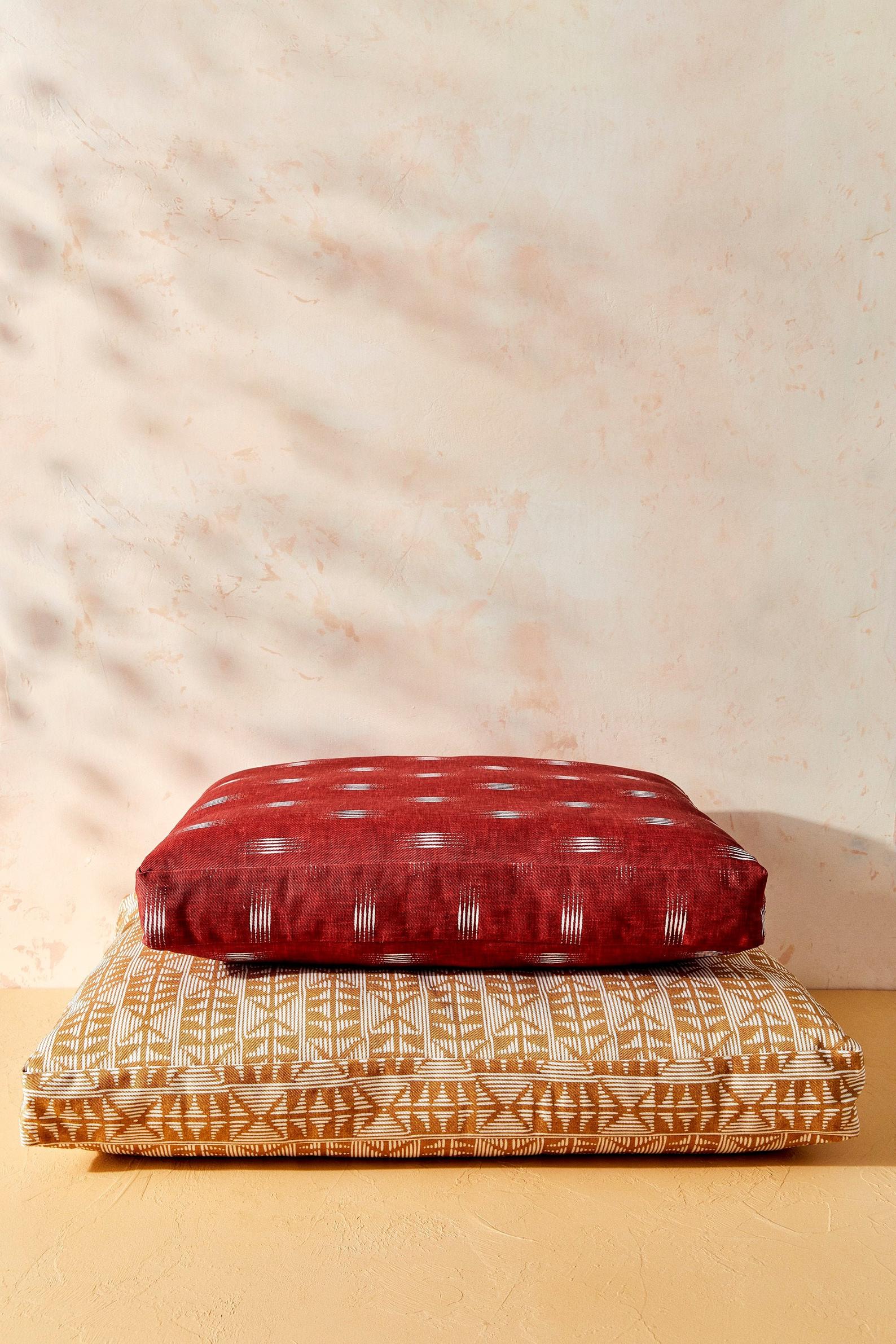 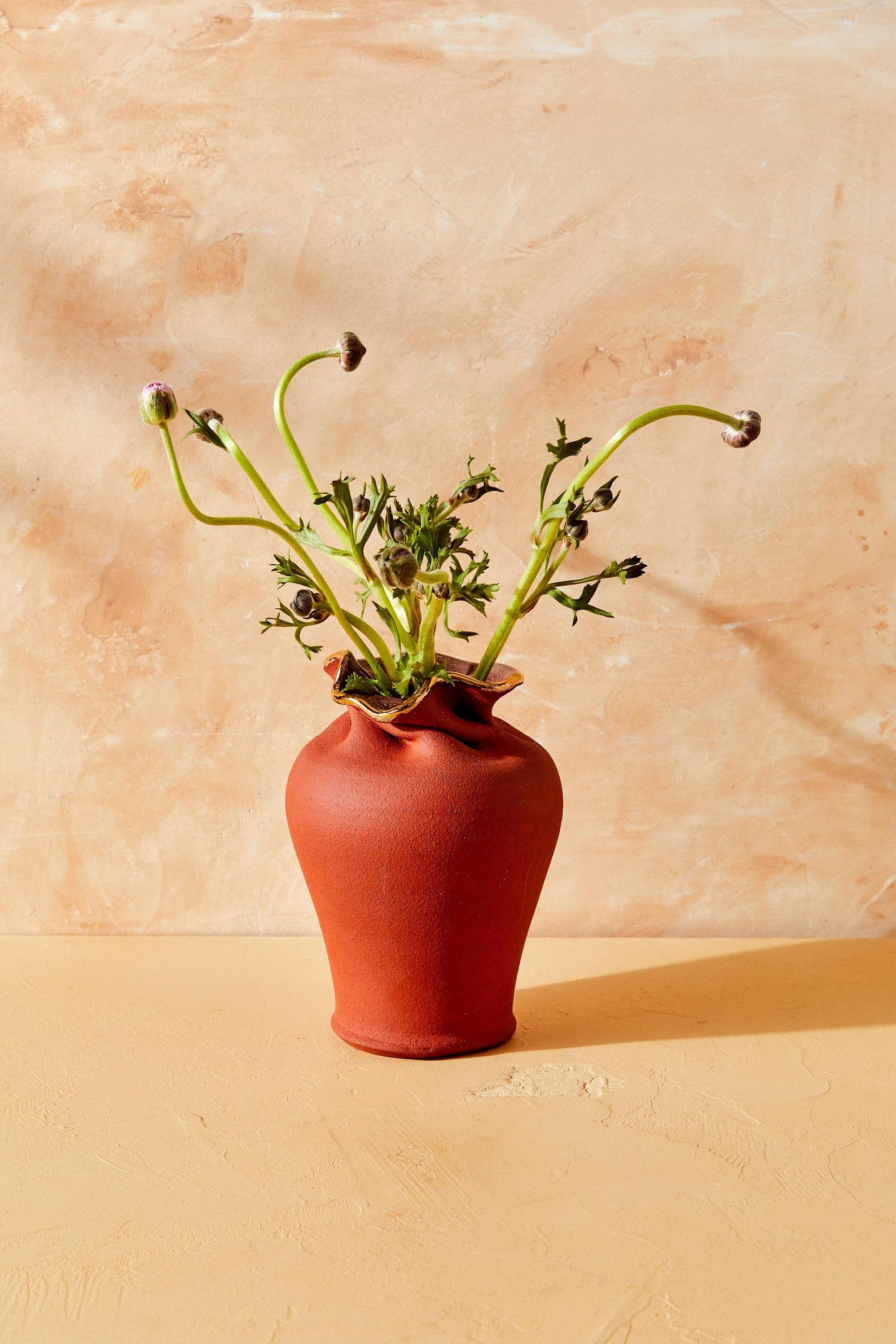 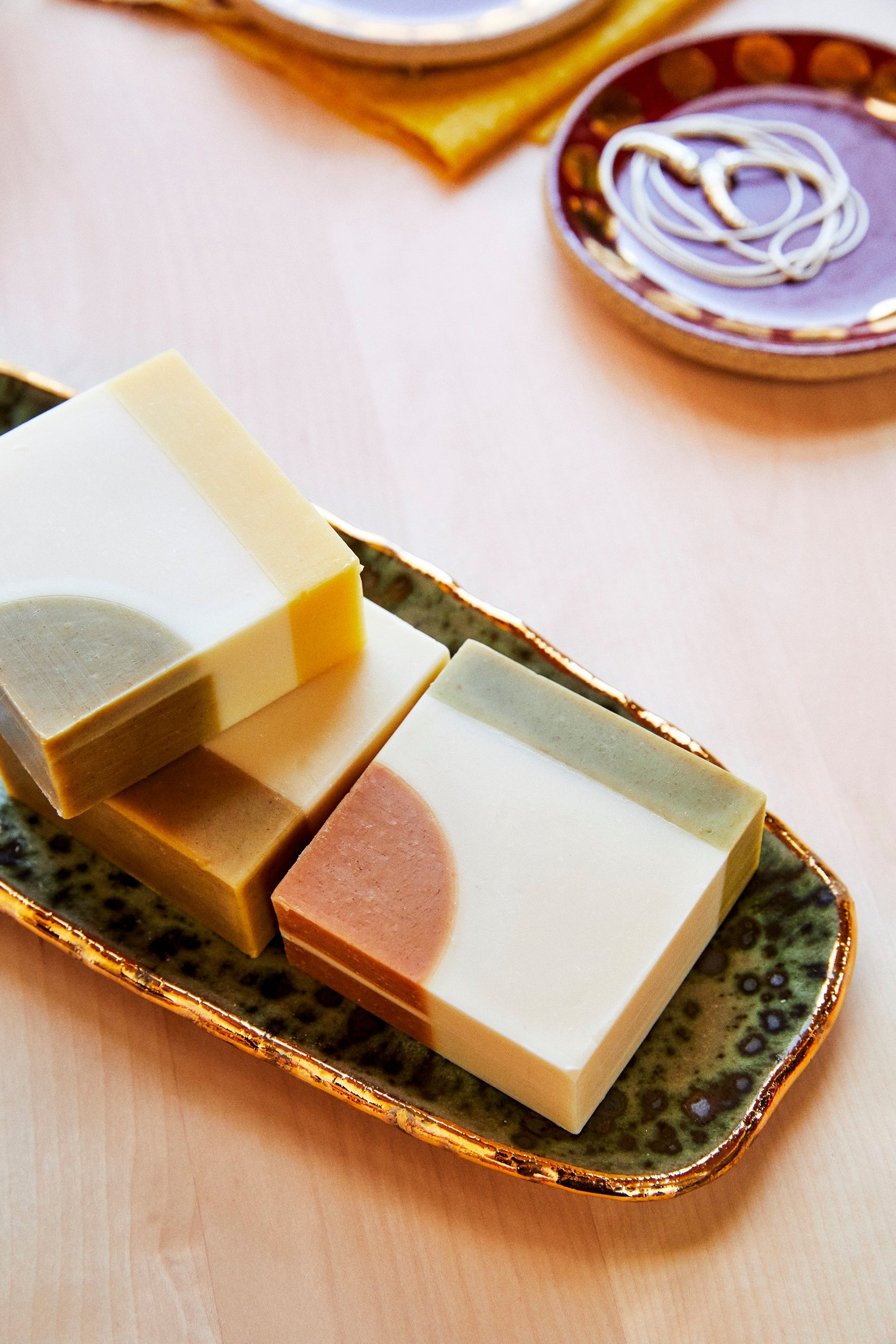 Being able to see the workmanship of different people within the Etsy community and to be able to collaborate with them has been one of the more creative experiences of my career. 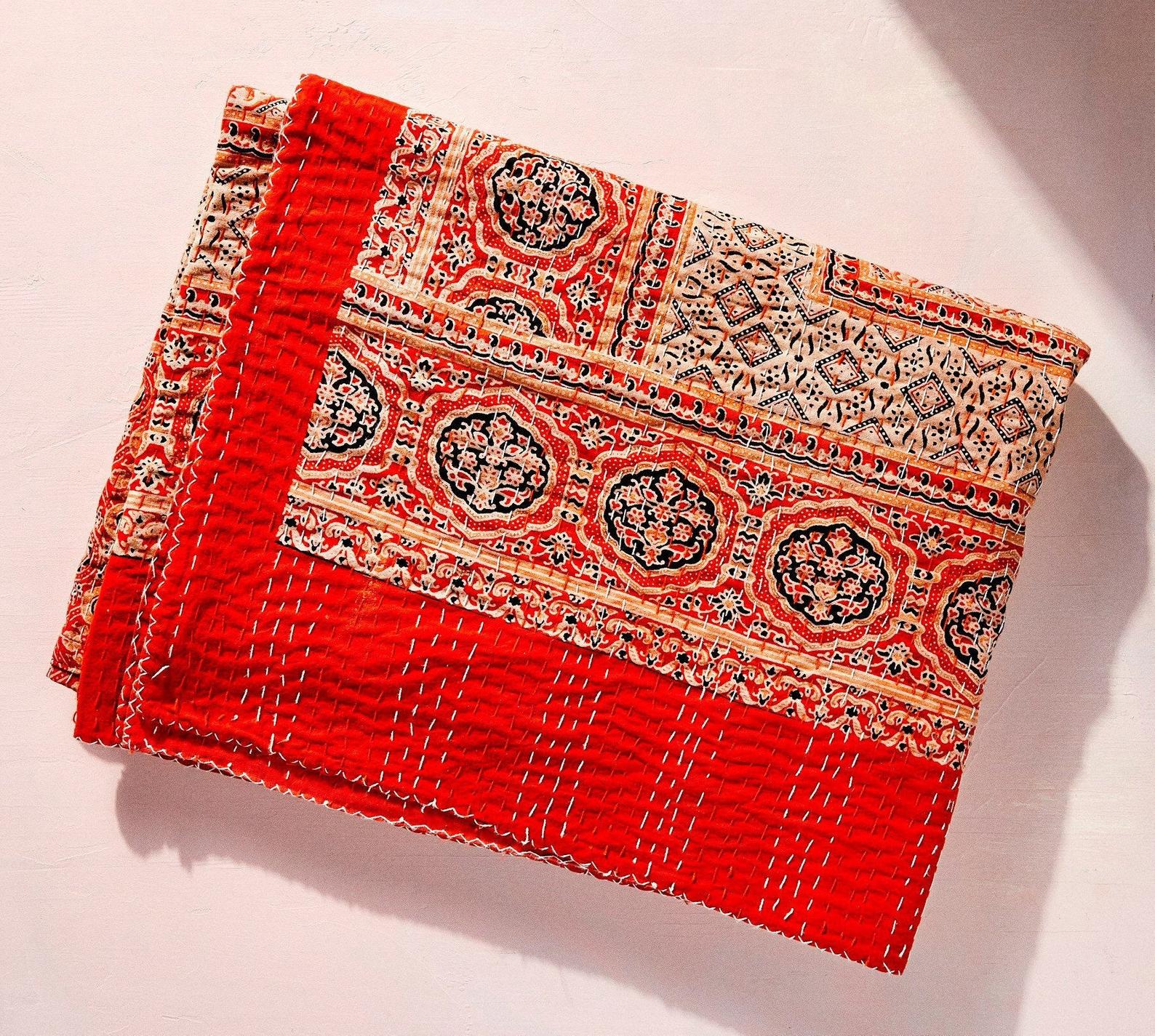 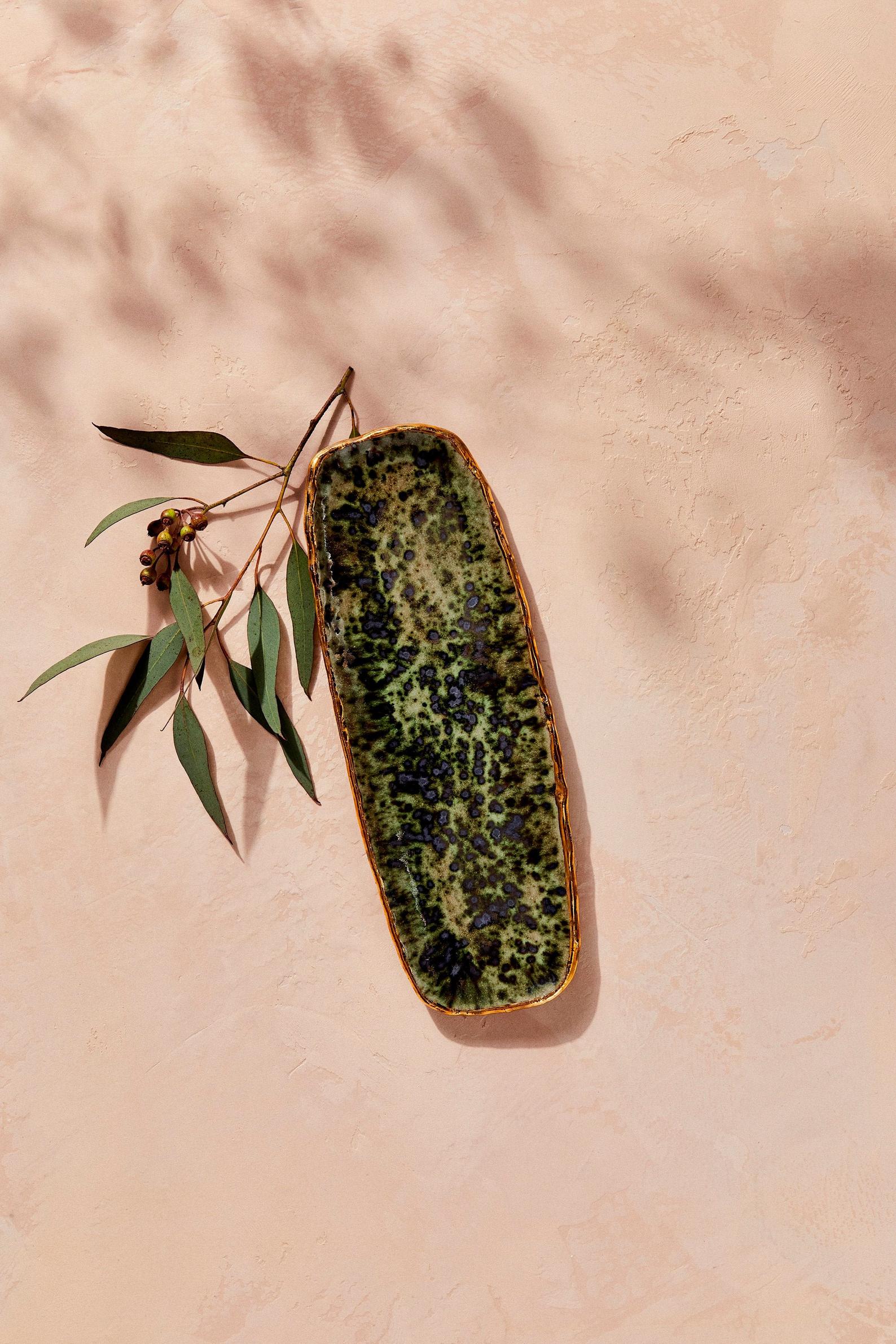 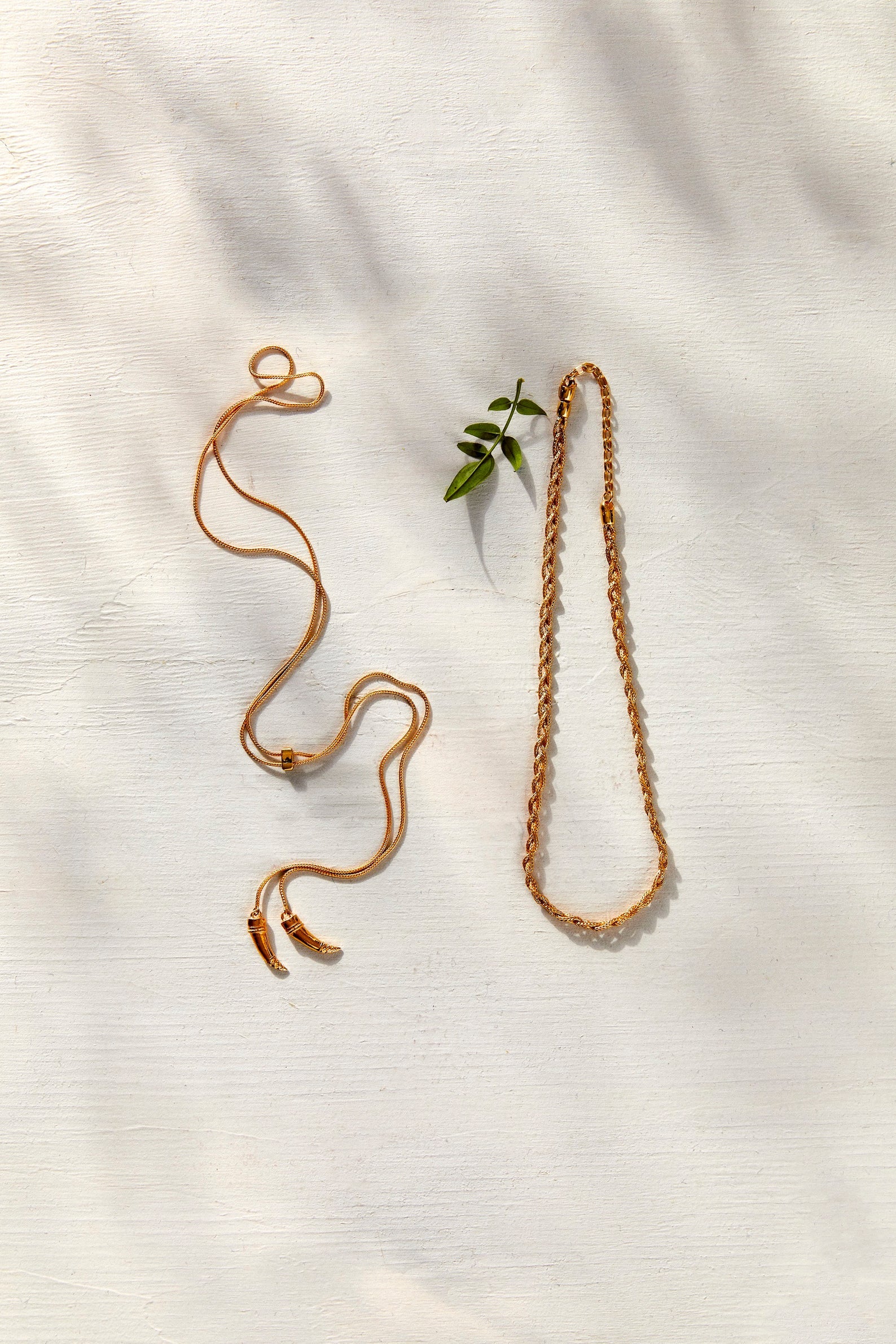 Omi Wood x House of Harlow 1960
Horn Bolero And Braid Necklace Stack
$179.00
Etsy
At Refinery29, we’re here to help you navigate this overwhelming world of stuff. All of our market picks are independently selected and curated by the editorial team. If you buy something we link to on our site, Refinery29 may earn commission.
Deals
SSENSE’s Up-To-50%-Off Sale Features All Your Favorite Desi...
Designer sale alert! Ring the alarm because some of our favorite luxury brands are up to 50% off at SSENSE. For a limited time only, the online boutique ha
by Mercedes Viera
Most Wanted
Hydration Packs Are Cool, Actually
I’ve always been a fan of backpacks, crossbody purses, and belt bags for their practical, hands-free benefits. A girl has places to go and people to see,
by Karina Hoshikawa
Shopping
The FP Movement x Hoka Collab Is Bright, Airy, and Workout-Ready
You’re reading an On-Site Shopping story — meaning you can browse, add to cart, and actually purchase the product recommendations featured be
by Vivien Lee
Advertisement
Fashion
We Tested The Best White T-Shirts & Here's What We Found
by Michelle Li
Fashion
19 Plus-Size Hot-Weather Basics That Make Getting Dressed A Breeze
Being a human adult is hard. You are solely responsible for your well-being. From making sure you replace your toothbrush and underwear regularly to decidi
by Chichi Offor
Home
The Best Coastal Grandma Decor You Can Buy For Under $100 On Amazon
The most recent aesthetic trend spawned by the TikTok monster is hereby known as Coastal Grandma. A nod to the leading ladies of Nancy Meyers’ movies
by Elizabeth Buxton
Plus-Size Fashion
A Gear Guide For Plus-Size People Who Love Hiking & Camping
by Chichi Offor
Plus-Size Fashion
16 Places To Get Plus-Size Clothing On Sale This Week
by Chichi Offor
Dresses
The Summer Dress Of Your Dreams Has Pockets
by Simone Oliver
Deals
Here’s 30% Off An Expensive-Looking London-Based Jewelry Brand
Not that you ever need a reason to treat yourself to some diamonds — or, in this particular case, just-as-shiny, way more affordable cubic zirconia stone
by Jinnie Lee
Fashion
The Bad Bunny T-Shirt From Target Every Fan Needs To Own — & Its ...
La camisa de Benito that everyone is going crazy over… and it’s not even merch. We’re talking about the Target T-shirt with the Bad Bunny
by Mercedes Viera
Deals
Score 20% Off A New Farm Rio Summer Dress
Super Sale Alert: Score 20% off sitewide at Farm Rio with the promo code READERS20 from now through May 20. A long-time reader fave, Farm Rio offers a pl
by Mercedes Viera
Advertisement
Advertisement
Discover
R29 Stories & News
Watch
R29 Original Series & Films
Shop
R29's Most Wanted