Skip navigation!
Story from The Sell-Out
If you’ve been on Instagram recently, then there’s a good chance you’ve been targeted by a friendly acronym called ILYSM (I Love You So Much). The abbreviated moniker belongs to a footwear brand known for its eco-friendly take on a shoe that dates back to 15th-century Japan: the tabi. This foot-hugging style boasts a bisected toe cap, which allows the big toe to wiggle independent of its diminutive foot-fellows. And, while its silhouette has been a staple of traditional Japanese dress for centuries, it was Belgian designer Martin Margiela that popularized it in the Western world when he showed a paint-splattered iteration at his inaugural runway show in 1988. Now, a quick Google search yields split-toed shoes from behemoth brands like Nike to micro-sellers on Etsy. But, none seem quite as cultishly-followed as the ILYSM version — a pair now infamous for selling out completely AND boasting a waitlist spanning over 2,000 customers long.
Advertisement 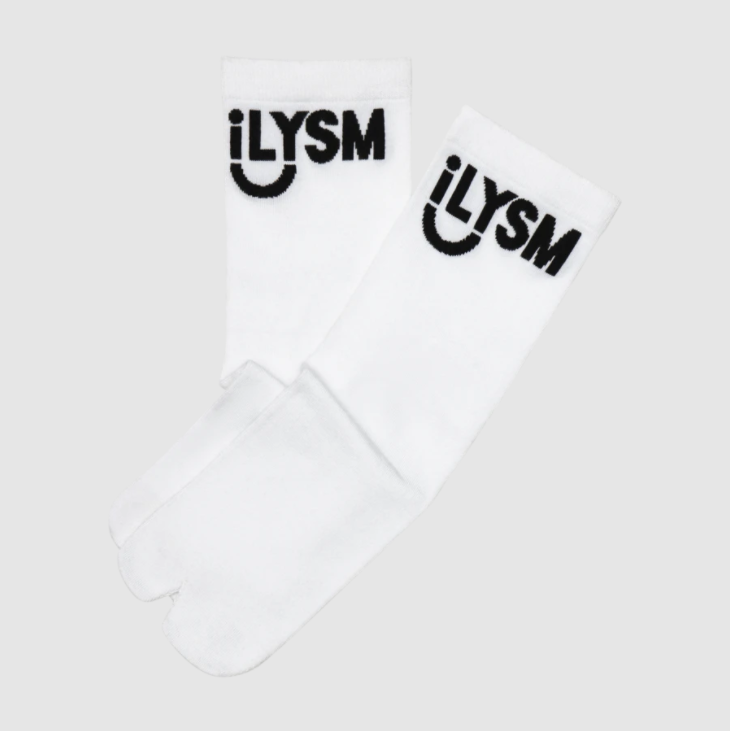 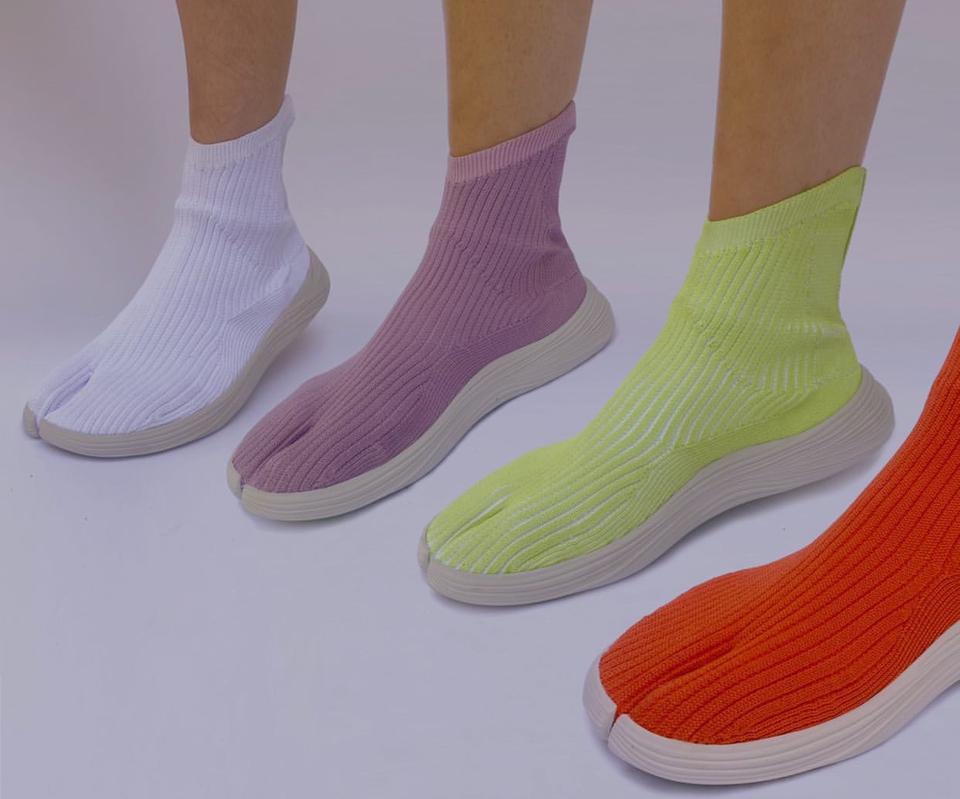 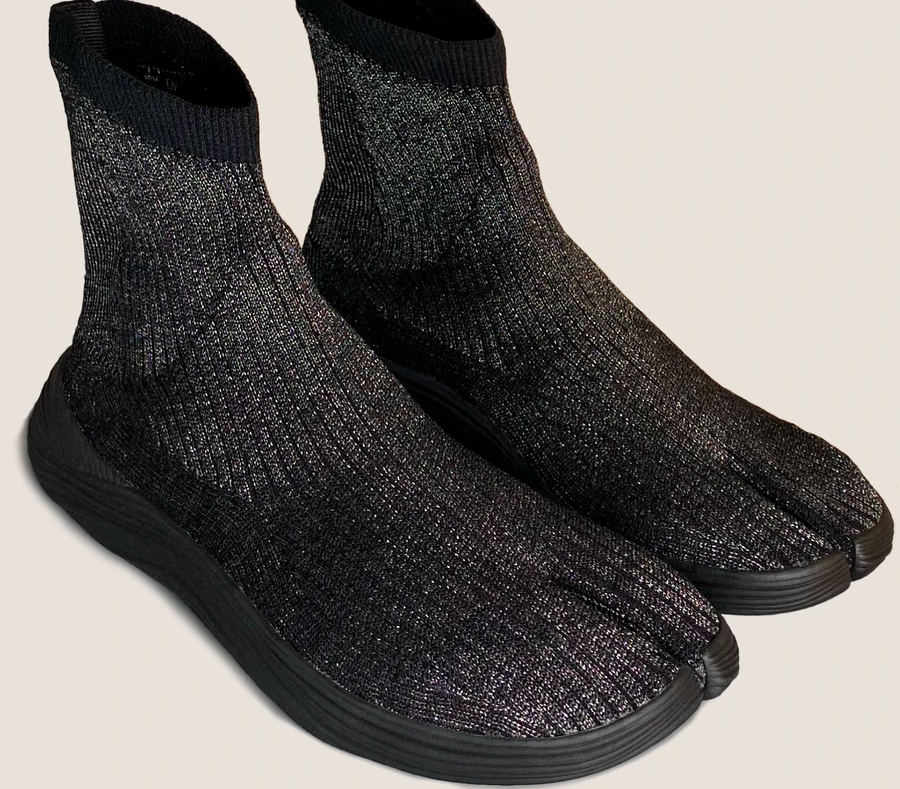 ILSYM
Tabi Sneakers
$128.00
ILYSM
ICYMI (In Case You Missed It): ILYSM's Tabi has been restocked. Customers can now get their hands on a freshly-launched metallic pair, rendered with the brand’s signature upper fabric (a custom-knit made from recycled polyester). The shoe is also equipped with a renewable Tencel lining and a recycled-foam insole. The new colorway joins the ranks of eye-catching hues like neon green, lavender, and a brilliant shade of persimmon. The brand also makes logo-emblazoned socks for anyone who wants to, ahem, dip their toes into the trend. “We wanted to remind you of shiny memories,” explained designer Sara Jaramillo of the glittering new hue. “Look down and smile.” Step right up to cart this heritage style — before they tiptoe into sold-out territory yet again.
At Refinery29, we’re here to help you navigate this overwhelming world of stuff. All of our market picks are independently selected and curated by the editorial team. All product details reflect the price and availability at the time of publication. If you buy something we link to on our site, Refinery29 may earn commission.
Most Wanted
Our Fashion Editor’s Plus-Size Target Favorites Aren’t Sold Out (...
You’re reading an On-Site Shopping story — meaning you can browse, add to cart, and actually purchase the product recommendations featured below withou
by Chichi Offor
Plus-Size Fashion
14 Plus-Size Lingerie Retailers With Styles That Smolder
by Chichi Offor
Valentine's Day
42 Valentine’s Day Treasures Good Enough For Your Best Pal
by Emily Ruane
Advertisement
Best Clogs
This Under-$40 Clog Boot Only Looks Expensive
You’re reading an On-Site Shopping story — meaning you can browse, add to cart, and actually purchase the product recommendations featured below withou
by Jinnie Lee
Fashion
Madewell’s New Capsule Collection Reinvents The OOTD — With House...
We’re not saying we called it, but just a few months back the R29 Shopping team dubbed house paint “Instagram’s new hottest accessoryR
by Alexandra Polk
Shopping
29 Valentine’s Day Gifts That Are Totally Outside The (Choc...
by Emily Ruane
Most Wanted
21 Very Sweet Personalized-Jewelry Gifts
by Emily Ruane
Shopping
Things Getting Me Through January: This Puffy Duvet Robe
Somewhere between uttering my final “Happy New Year!” and before my “How many days are left in January?” scaries set in, I obtained
by Elizabeth Buxton
Shopping
22 Black Boots To Help You Crush Winter Style
by Us
Dresses
The Best Sweater Dresses, According To Obsessed Shoppers
by Jinnie Lee
Workout Clothes
Girlfriend Collective’s Ribbed Bodysuits Are The Ultimate Layerin...
Sustainable activewear brand (and all-around fan-favorite) Girlfriend Collective has once again outdone itself. The eco-conscious athleisure brand is respo
by Jinnie Lee
Fashion
Plus-Size Sets To Get Matchy-Matchy With
Do you ever have those days where doing mundane tasks like brushing your teeth, doing laundry, and even getting dressed feel like a chore? I can relate. Bu
by Chichi Offor
Advertisement
Advertisement
Discover
R29 Stories & News
Watch
R29 Original Series & Films
Shop
R29's Most Wanted