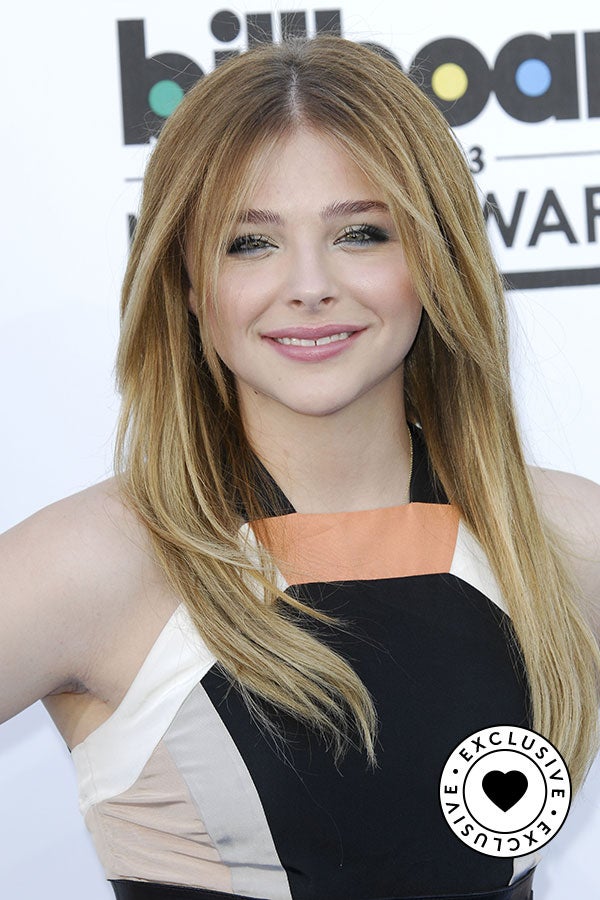 Photo: REX USA/Picture Perfect.
Any girl who can kick some butt and scare our pants off — while somehow managing to remain flawless — can hang out with us any day. Chloë Grace Moretz, we're looking at you girl. Seriously, the young actress has the resume of a Hollywood veteran. She's versatile, no doubt, but there's always an air of relative badassness to her characters. Oh, and she kills it on every red carpet she steps foot on (even when a nasty step-and-repeat tries to sabotage her outfit).

This summer, Moretz suits back up in her role as Hit-Girl for
Kick-Ass 2
. Is she as hardcore in real life as she in Kick-Ass? Well, if you consider dancing to ABBA covered in theatrical blood hardcore, then yes — yes she is. Add in her upcoming role as the telekinetic prom-ruining high schooler in this fall's
Carrie
remake, and you got yourself one of the coolest chick around.

How was it reprising your role as Hit-Girl?

“Kick-Ass was fun. I had a weekend off between Carrie and Kick-Ass 2, which was crazy. I went from being drenched in blood for a whole month into my superhero costume. I had a weekend off, and then the next Monday I was in a purple suit, shooting guns, and riding a motorcycle. It felt good to be able to be super strong, and totally independent. I didn’t need anyone to help me. It was fun to see Aaron [Taylor-Johnson] again and Chris [Mintz-Plasse], and to seek out that character emotionally, too.”

How did you get into your character for Carrie?

“When I first booked it, I told the director, Kimberly Peirce, ‘When you drop the blood, I just want you to know I will be living in the moment — I want to be smiling.’ Of course they did 50 tests on different girls trying to make the blood hit you the day of. We realized it was hard to aim the blood because it’s liquid falling from 15 feet. Finally, I heard a boom, and this huge torrent of blood crashed over me, and ballooned without hitting my face. It hit my head and eventually dripped down my face, and covered it. I had no idea what was happening. It was terrifying. After the blood fell, I realized I had to do all my acting. Kim cued all the kids to laugh at me and instantly there were fifty kids laughing at me. I felt so alone, and so stupid because I was drenched in blood, while everyone laughed at me. There was no option to not become Carrie. I had gone from feeling so pretty to feeling duped and a fool.”

What helped you stay positive?

“I bought a record player and tons of ABBA. That was all I listened to — I would literally go home and dance on the countertop of my kitchen screaming ‘Dancing Queen.' It was pretty great, and sometimes I would still have blood all over me. My mom videotaped me once where I was covered in blood and makeup wearing a robe singing ‘Dancing Queen’ on the kitchen table.”

Would you say ABBA is your favorite band to listen to?

“Yeah, I love ABBA, in general! They really helped me through this film.”

Your schedule has been pretty stacked recently. Do you ever feel overwhelmed?

“Honestly, it’s not enough sometimes. I get bored really easily. I just recently took a lot of time to kind of evaluate the field and see what’s next for me. No, it’s not too much at all for me. I love it. If I didn’t love it, it would be horrifically too much for me, but I enjoy going home at night tired.”