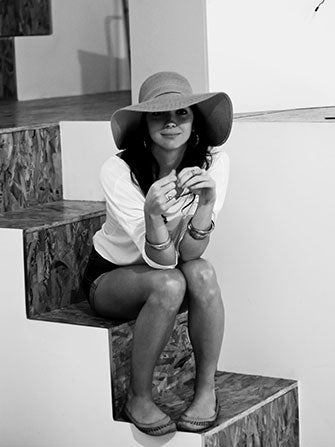 Photo: Courtesy of Felicity Palma.
As teenagers, we considered ourselves immortal. This idea carried over into our 20s, and we imagine it will linger the first few years of our 30s. We have genuinely lived as if nothing bad could ever happen to us, because our lives were too great, too important to be interrupted. Though this devil-may-care attitude has been responsible for some of the greatest memories of our lives, it's easy to forget that we are not immune to danger, that we have reached an age where we must learn to take care of ourselves and be mindful of the future of our health. Case in point? Felicity Palma is a 29-year-old woman living with breast cancer.
Advertisement
As a gut reaction, you're probably thinking that Palma is way too young for cancer. After all, haven't we assumed that the big C is something that could happen, but only later in life, after we have kids, or become aunts, possibly grandmothers? Certainly not to young, talented photographers living in Brooklyn at the prime of their lives. But sure enough, this unlikelihood is exactly what Palma faced. "The problem with being so young and uninsured, is that it takes quite a bit of effort to get any attention. My doctor at the breast center felt the lump, shrugged, and said it was probably a cyst. Even after multiple inconclusive (and mind you, expensive-as-hell) tests, my doctor was still convinced that because I was young, that it just could not possibly have been something to worry about." Though the process was more drawn out than Palma would have hoped, she is still grateful she pushed her doctor for testing until they had answers.
But she certainly wasn't expecting the diagnosis she received. "The doctor came in, sat down, took his glasses off, looked me in the eye, looked back down at his chart, and awkwardly said, 'So, it's cancer.'" We imagine this sort of news isn't something you can really prepare for, and so Palma's reaction seems on point: "I just sat there. Numb. Totally unable to react. It took me a couple hours to really absorb it and start crying. In some ways it felt like reality was ripped away from me, and I no longer was a part of the present. All I could think was, 'What? How? Why? Is it my fault? What did I do wrong? Am I going to lose my breasts? Am I going to lose my hair? Am I going to die?' And all the doctor could say was that he couldn't tell me much more, nor do anything else for me. I had to find a surgeon, and I had to somehow get health insurance." Without any health insurance and now facing the burden of an indefinite amount of treatments (and bills), Palma had no choice but to adopt a take-charge attitude against the cancer.
Advertisement
What's remarkable about Palma's life before her diagnosis is that, in comparison to other cancer stories she's heard, she considers it fairly unremarkable. "I feel like all the stories about young adults with cancer are how they were just launching their careers, starting families, etc., whereas I got caught in the middle of an existential crisis. I graduated from NYU with an MA in International Studies about two years ago, and was amped to begin working in women's rights. Despite churning out hundreds of resumes, the best I could do was anything it took to survive — bartending, waiting tables, babysitting, tutoring, freelance photography...So I kept at it, hoping that somewhere down the line, things would fall into place for me. And then cancer hit, and stopped me in my tracks. It's crazy to think how hardly a year ago, I had a totally different concept of what it meant to survive." Indeed, young New Yorkers consider survival the ability to pay your rent and eat more than packaged noodles every day. Now, Palma's definition of survival consists of just one mission: to be well again.
So, what's her treatment exactly? On April 22, Palma underwent a lumpectomy, which removed the lump from her breast. On June 5, she froze her eggs. Later that month, Palma began taking Tamoxifen, a synthetic drug used to treat breast cancer, and one that she will have to take for the next 10 years. She also began radiation therapy on July 10, which she is set to complete by August 20. But, with her sessions running five days a week, that's a whopping total of 30 sessions. After her radiation treatment, Palma will begin ovarian suppression (a method of slowing the growth of hormone receptor-positive breast cancer), which will last two to three years. Then she'll be kept under close watch for the next 10 years, which means regular check ups every three months, and regular screenings such as mammograms and MRIs. In short, her life has changed entirely. "All of a sudden, your days are consumed with constant doctors' appointments, procedures, treatments. And when you're not at the hospital, all you can do is think about it. Who wouldn't feel isolated and scared? Positive and inspiring thoughts can certainly be hard to come by. But I've also found that by allowing myself to feel scared, to feel sad, to feel angry — to just feel whatever it is I need to feel — that I come out of each downward spiral feeling stronger and more inspired."
Advertisement 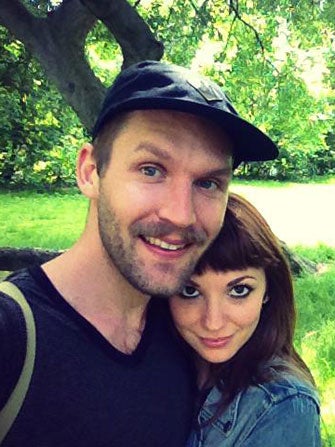