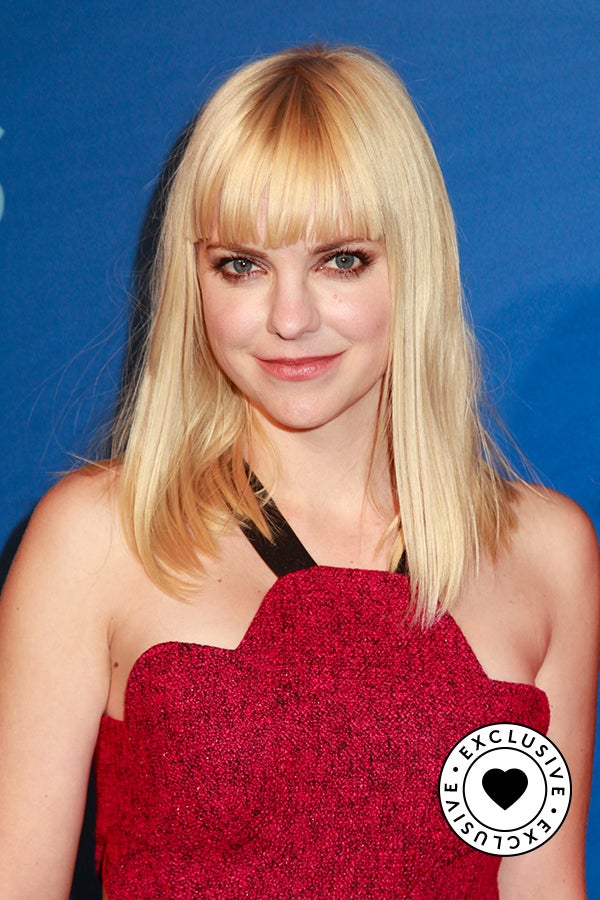 Photo: Gregory Pace/BEImages.
At first glance, it might be tempting to typecast Anna Faris. We know her as the ditzy blonde — think Scary Movie, The House Bunny, and the like — but her newest project is worth a second glance. In the sitcom Mom, her character departs from her big-screen roles, and she gets to show off her other side: Someone who is agile, clever, and well-spoken.
Beginning this fall, Faris will play a newly sober single mom, starring alongside Allison Janney. Having just given birth herself, the script could not have picked a better time to fall into her lap. We caught up with the actress and got right down to the intimate details of motherhood. And, we may have got more than a little personal and borne witness to some jokes about her own parental units. Sorry in advance, Mom!
Advertisement

Going from the big screen to the small screen is quite the jump. Were you searching for a TV series, or did this just kind of happen?

“You know, I had a son, so I was sort of thinking, 'You know, maybe I'll just let my husband work, and I'll just laze around and sit by the pool.' That's sort of half-true, but I wasn't necessarily ready to get back to work yet. The day this script came to me, I had left it on the kitchen counter, where my husband picked it up. He read the first page and said, 'Whatever you're doing, put it down right now.' He's like, 'This is you.' And honestly, he had a point. Every once in a while, you get fortunate enough to play a role that kind of feels like Cinderella's shoe. My character is so dimensional. She's a mess — very much like me. It's a story about relationships and character, which was really appealing to me, because I've played a lot of one-dimensional characters in my career that haven't been so bright. Anyway, it was very fulfilling. I knew right away that I really wanted to do it."

Were you actively looking to play someone different — somebody who had a sort of normal IQ?

“Playing those one-dimensional characters is actually really difficult, because you're not dealing with somebody you would ever really know. I don't think anybody here can imagine actually knowing Cindy Campbell from the Scary Movie franchise. So, in a way, your job is so much easier when you're playing a person that you really understand; someone that seems very relatable. I guess I was coming to a place in my career where I was like, 'I'd like to do something a little more rewarding."

“I feel so honored that she came onto this project. She's such an incredible actress. She's also an amazing person and is truly a joy to work with. I think our whole TV relationship — the mother-daughter thing — is very, very relatable. She has been my biggest champion and my harshest critic — and very, very critical of me, just like all moms are.”

What will your mother say?

“My mom is a prude. Half the time, she has no idea what certain vocabulary is. She told me recently she'd never seen a condom. Sorry, I just threw my mom under the bus. But she's really supportive. She'll say things like, 'Oh, you know, you were so good.' But she's the typical mom, and I have to tell her, you know, 'Mom, you can give me three pieces of advice today. That's all you get. Save some for tomorrow.' She would never be able to see the similarities between Bonnie and Christy, and how it's like all mother-daughter relationships.”

Can you talk about Hollywood second chances?

“Getting your first job is hard, but it's not nearly as hard as getting your seventh job. That is hard. That's when you really have to sort of prove it to people. My journey was a little bit interesting, because I had never done comedy. I grew up in Seattle, dabbled in a little theater, and some industrial films. I came to Hollywood and landed Scary Movie. As incredible as that experience was, it was difficult to reidentify myself as something other than a spoof-movie gal. I also feel fortunate that I ended up doing comedy, because it's so much fun. You just have to really peddle yourself around town and try to not get too discouraged. There's a different kind of challenge for women as they graduate into their '30s. You're suddenly the aunt or something — it's a process. And I think that's why we, Allison and I, are so fortunate to play such dimensional characters.”