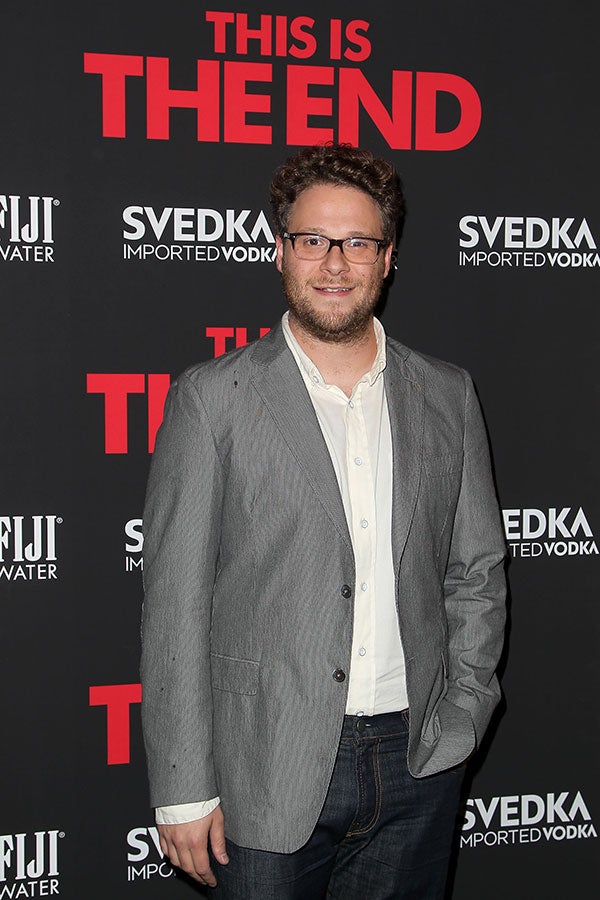 Hollywood is full of unlikely pairings. Take the burgeoning friendship between Seth Rogen and Emma Watson, for example. Though we wouldn't necessarily predict the two as co-stars, their cool quotient is pretty up there. After all, Rogen is responsible for many of our favorite movies, and Watson is one of the more awesome celebrities of all time.
While Watson has certainly grown up since she's been the limelight, it's still a feat to imagine her in a raunchy, slapstick comedy. We had to wonder if it took some convincing to get her to be in one of Rogen's films. Sure, she's transitioned into a very different role in The Bling Ring, but we had to know if she was actually up for Rogen's often outlandish comedy fests. So, we asked him at the New York screening of This is The End, sponsored by summer classics FIJI Water and SVEDKA, what exactly he did to win Watson over.
Advertisement

Was there anyone you had trouble convincing to be in the movie? Perhaps Rihanna or Watson?
"No one was that bad, I gotta say. They were all pretty enthusiastic. Maybe Emma Watson had more of a hard time wrapping her head around it, but she wasn't even hard to convince. We didn't want people that we had a hard time convincing. There's such ridiculous shit in the movie that if they were in any way not down to do stuff, then they wouldn't have worked out."

We hear what Rogen is saying, here: Watson is game. She is game to be in apocalyptic comedies, and to run from fictional end-of-days situations, and to feign interest in attending a James Franco party. Thus, Rogen has confirmed for us a truth we have admittedly already begun to live by: Emma Watson is the best, ever.
This Is The End premieres June 12.