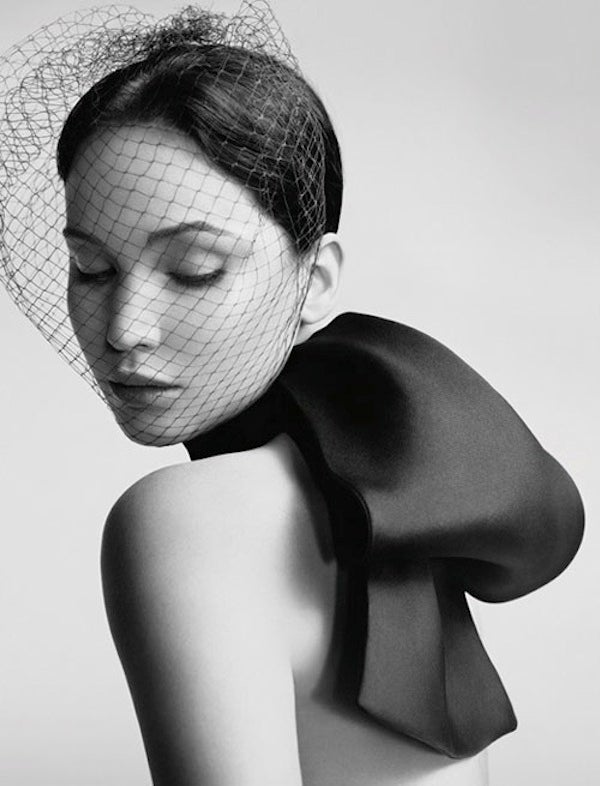 We're so used to lauding Jennifer Lawrence for her relatable vibe and great sense of humor, we forget she's also a ridiculously beautiful person, who, when she wants to, can cut the awkward act and become this amazingly poised, elegant creature. But we won't be making that mistake any time soon.
The actress' Miss Dior campaign ads debuted today, and we're thinking this is all she needs to swing that Oscar nomination in her favor. Joining the ranks of Mila Kunis and Natalie Portman, Lawrence is every bit as sleek and chic as you'd expect in a Dior campaign. The result is a delectable combination of classic, iconic styling and stark, almost-surreal, modern photography that's becoming synonymous with the new, post-Raf Simons Dior we saw in this campaign, which was also shot by Willy Vanderperre.
Advertisement
Keep on clicking for more (you'll wanna see this — trust us). 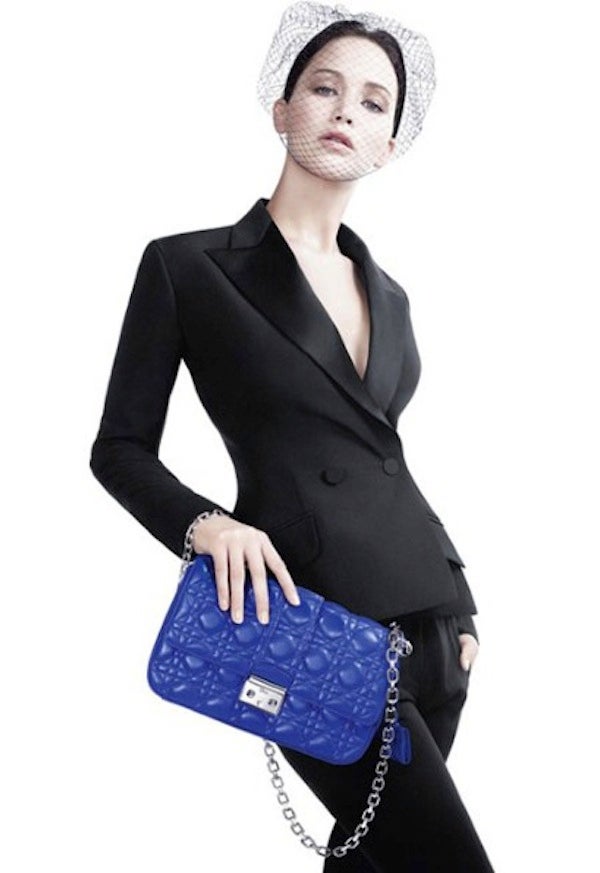 Her quietly striking features are really on display here, and as much as we love seeing her long hair in soft, tumbling curls, this slicked-back style really suits her. The ads will first appear in print in Numéro later this month, and then you can fully expect to find them in the prime spot of all your favorite glossies — and, if we're lucky, on a giant billboard right outside the R29 office. 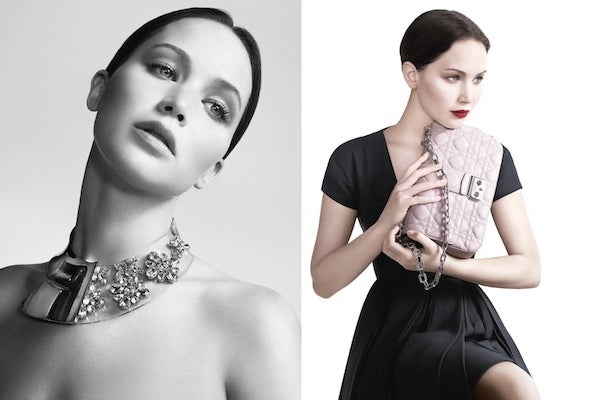 Photos: Willy Vanderperre/Courtesy of Dior.
Style
Here’s Why It’s Significant That AOC Wore White On Her V...
Just eight days before the upcoming presidential election, Vanity Fair revealed its November cover featuring Alexandria Ocasio-Cortez. For it, the congress
by Eliza Huber
Style
Gwen Stefani & Blake Shelton Are Engaged — & The Ring Is Blinding
Update: According to Katie Zimmerman, Blue Nile‘s chief merchandising officer, Stefani’s ring is either a round or oval cut, “set in a so
by Eliza Huber
Style
Emily Ratajkowski’s Little Black Dress Is Bound To Become A...
Mere hours after announcing that she was expecting her first child, via Vogue’s digital cover story, Emily Ratajkowski took to the streets of New York Ci
by Eliza Huber
Style
Jill Biden’s Matching Floral Dress & Face Mask Was A Bright Spot ...
On Thursday, Donald Trump and Joe Biden took the debate stage once again, at Belmont University in Nashville. As was expected, for the occasion, Trump wore
by Eliza Huber
Style
Tracee Ellis Ross Will Convince You To Wear A Corduroy Suit With ...
Mid-trip down the aisle to showcase her hair care brand Pattern Beauty’s new Ulta launch, Black-ish star Tracee Ellis Ross took a fiver to document her o
by Eliza Huber
Style
Hailey Bieber’s Winter Coat Is A Runway Favorite — & Rihann...
On Saturday, while grabbing to-go coffees in New York City, Hailey Bieber was spotted wearing none other than fall’s most coveted piece of outerwear: the
by Eliza Huber
Style
Kim Kardashian West Is Bringing Back This Classic Y2K Look
Kim Kardashian West threw it back to the early ‘00s in her recent Instagram posts. Over the weekend, KKW posted a three-image slideshow that showed her p
by Eliza Huber
Style
From Lizzo’s Vote Dress To Billie Eilish’s Pajamas, These Were Th...
by Eliza Huber
Fashion
Dakota Fanning On Her New True Crime Fashion Series, Anna Delvey ...
“Truth is stranger than fiction. That’s a known thing for a reason,” says Dakota Fanning. We are speaking a few days before the premiere
by Irina Grechko
Style
The Best-Dressed Celebs At PFW Weren’t Front-Row — They Were At Home
by Eliza Huber
Style
Kate Middleton Wore Her Go-To Floral Mask With Coat From ZaraR...
On Tuesday, during a trip to the University of Derby in England, the Duchess of Cambridge not only re-wore her favorite floral face mask, but she paired it
by Eliza Huber
Fall Trends
An Ode To Harry Styles’ Sweater Style
In February, for a performance on the TODAY show, Harry Styles wore a patchwork cardigan by British brand JW Anderson. Slouchy, oversized, and the embodime
by Irina Grechko
Discover
R29 Stories & News
Watch
R29 Original Series & Films
Shop
R29's Most Wanted