Skip navigation!
Story from Beauty
Designed by Kristine Romano.
From CeraVe's Hydrating Cleanser to Elvive's Dream Lengths Wonder Water, TikTok has propelled many under-the-radar beauty products to instant fame. The latest one to steal the limelight? The Ordinary's Multi-Peptide Serum For Hair Density, £15.80. In fact, it looks like it's one of the most googled hair products recently. 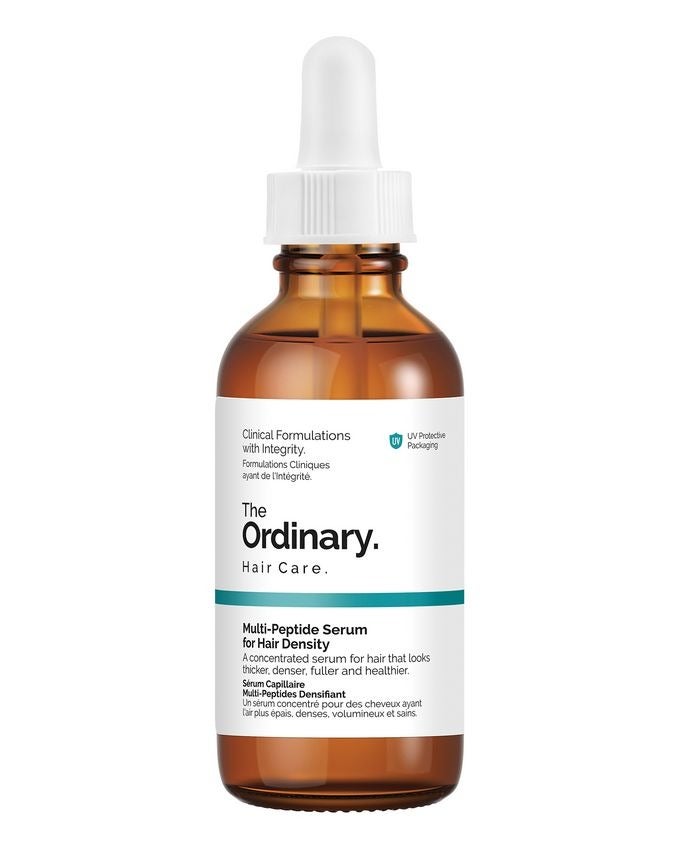 The Ordinary
Multi-peptide Serum For Hair Density
£15.80
Cult Beauty
The lightweight serum is designed to transform hair, making it thicker, fuller, denser and healthier thanks to a megamix of clever ingredients, and it seems TikTokers can't get enough of its hair boosting properties. Hair thinning is something I have experienced for a while thanks to hormonal condition polycystic ovary syndrome (PCOS), which causes diminished hair around the hairline and temples. I also straighten my hair daily so welcome anything that helps strengthen frazzled strands. Admittedly, hair growth shampoos, conditioners and treatments haven't worked well for me in the past but on hearing so many excellent things about The Ordinary's serum, I had to try it.
Advertisement

I’m so happy with the results 😛 #greenscreen #hairgrowth #hairgoals #hairregrowth

What is in The Ordinary's Multi-Peptide Hair Density Serum?

According to The Ordinary, the formula boasts a technology called REDENSYL complex. Don't let the obscure name put you off, though. Basically, it contains peptides (otherwise known as proteins) which are said to repair and strengthen hair. Alongside these peptides you'll find caffeine, which the brand says makes the formula easily absorbed into the scalp, alongside castor oil, which has long been championed by trichologists and hair loss experts for stimulating hair growth and thickness when combined with regular scalp massage. There are also hair conditioners to increase softness and humectants (moisturising ingredients) like glycine.
Although the product is labelled as a serum, the texture is actually much thinner, like water. But don't underestimate it. It sinks into the scalp without a trace so doesn't feel greasy or sticky in the hair.

How do you use The Ordinary's Multi-Peptide Hair Density Serum?

The leave-in serum is recommended to be used once a day, applied to a clean, dry scalp and ideally at nighttime before bed, when it's said that skin and hair tends to regenerate. As the product contains castor oil, I set aside a couple of moments after applying my evening skincare to really massage it into my roots in a bid to stimulate hair follicles. Overall, it was really quick and easy to use compared to hair growth products I've tried, such as hair masks (which need to be rinsed out) and hair oils (heavy and sometimes sticky in dry hair).
Advertisement

Yes, and the before-and-after pictures are proof. While the instructions don't state how long you should use the product for, I noticed teeny tiny hairs begin to sprout from my roots after just two weeks. A whole month later, my sparse patches gave way to a crescendo of dark baby hairs which concealed my bald patches. Amazed, I scoured the internet for other reviews. Some people said that they noticed the best results after using more than one bottle, while others saw changes after just three weeks. The majority of Cult Beauty reviews are a full five stars across all ages and hair types.
Before
After
Unfortunately, I didn't notice much of a difference in my parting, which is also starting to thin out, but I put that down to scraping my hair back every day. That said, my right side in particular shows obvious growth and thickness, and when I brush my baby hairs, any sparse patches are totally concealed. While it worked well for me, some factors might stall hair growth, for example hormonal issues and genetics. If you are concerned about hair thinning or it's getting you down, it pays to visit your GP or a trusted hair expert or trichologist for further advice.

What are the best products and treatments for hair growth?

There's no doubt The Ordinary's Multi-Peptide Serum is a game-changer but Dr Nilofer Farjo of the Farjo Institute says that there are also some medicines that can help manage hair loss and hair density. "Finasteride in tablet form is probably the most effective medicine for strengthening hair and halting further loss," she explains. "Another popular treatment is minoxidil, widely known as Regaine, which is applied as a foam or lotion." This can be bought over the counter at multiple pharmacies as well as Boots. The Farjo Institute's Dr Bessam Farjo adds that these are the only FDA or MHRA-approved medications to treat patterned hair loss. While some products may advertise hair growth, they are unlikely to be backed by as much scientific research as the above two treatments, but it's all down to personal preference.
Advertisement
What about hair supplements? "The problem with supplements is that you could walk down the aisle of most chemists and find an array of supplements promising to help hair loss," says Dr Bessam. "But the truth is, this is an area of the market where unfortunately you might see a lot of overpromising and perhaps miss-selling." Dr Nilofer seconds this and adds: "There is a definite place for these non-prescription products as part of your hair loss treatment regimen, as long as you appreciate it is more of a support role." In other words, hair supplements alone won't solve the issue but might make a great addition to leave-in hair treatments, such as The Ordinary's. "Supplements are also a good option if hair loss is at a very early stage, or the objective is to improve the quality of existing hairs," continues Dr Nilofer. When it comes to product recommendations, The Farjo Hair Institute rates Help Hair Vitamins, Viviscal Pro Tablets and Florisene tablets, the latter of which may be beneficial for women who are deficient in iron. Again, it's important to consult your GP or hair expert if you have any worries or concerns about hair growth. 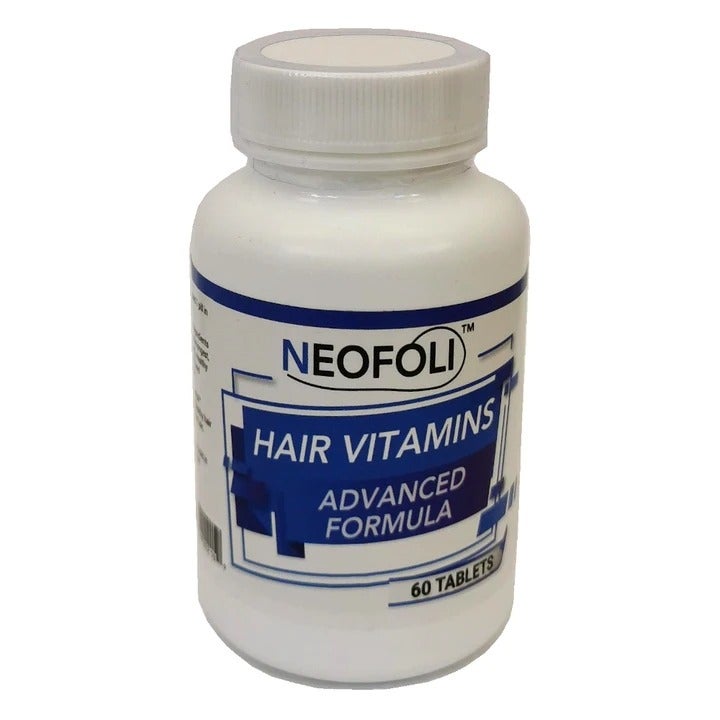 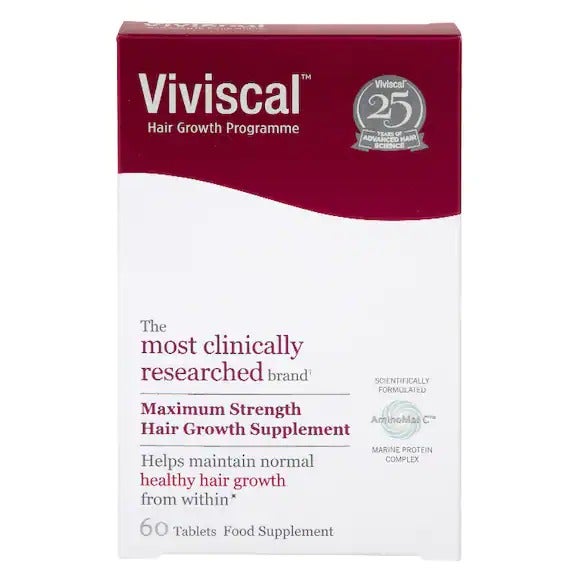 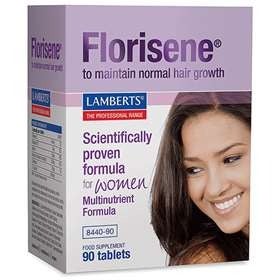 Lamberts
Florisene For Women
£15.95
Express Chemist
Looking back at the before-and-after pictures, it's obvious that Multi-Peptide Density Serum is working for me, so much so that it has become a firm fixture in my evening beauty routine. If you're interested in giving it a go, I'd suggest doing a quick patch test (as with all new topical products) before committing fully, to minimise any potential irritation.
Refinery29's selection is purely editorial and independently chosen – we only feature items we love! As part of our business model we do work with affiliates; if you directly purchase something from a link on this article, we may earn a small amount of commission. Transparency is important to us at Refinery29, if you have any questions please reach out to us.
Beauty
No One’s Using Retinol Anymore — Because This Ingredient Is...
From mandelic acid to niacinamide, it seems there’s a new glowy skin ingredient to get your head around every week. Some exfoliate and others plump u
by Jacqueline Kilikita
Unbothered
I Didn’t Think I Needed Self-Tanner Until I Tried This Vira...
Haven’t you heard? The future of luxury beauty is Black. Beauty & The Bag is a guide that keeps a close eye on high-value skin, hair and ma
by L'Oréal Blackett
Beauty
Finally, Women Of Colour Are Joining The Spray Tan Party
Spray tanning is one of those beauty trends I forgot about — like, up until a few months ago, I thought it was a relic from the Jersey Shore-dominated cu
by Amanda Mitchell
Advertisement
Beauty
Check This Subreddit Thread Before Buying Makeup Online
One of the obvious downsides to buying makeup online is that you have to do some legwork. In theory, it’s more convenient to place an order online th
by Megan Decker
Beauty
I Got The Shaggy Fringe Taking Over London Salons — But I Have Re...
I was practically gagging for a new haircut when I strolled into a local salon and asked for a face-framing, eye-grazing fringe. I’d been dabbling wi
by Fiona Ward
Skin Care
We’ve Tried So Many Products From Glossier & Here’s W...
by Rachel Krause
Beauty
I Tried £466 Worth Of Tatcha Skincare & Here’s What’s...
Follow a UK beauty editor through New York and they’re very likely to pay a visit to two places before anywhere else. First of all, CVS, to pick up d
by Jacqueline Kilikita
Beauty
Dermatologists Think These Skincare Products Are Pretty Useless
Whether you’re team Actimel or team Yakult, anyone who was encouraged to gulp down a yoghurt drink before school will know about the many intended be
by Jacqueline Kilikita
Beauty
If You Invest In One Hair Product, Make It This, Says LA’s ...
Andrew Fitzsimons is hairstylist to LA’s elite. From Kourtney Kardashian and Megan Fox to Bella Hadid and Lori Harvey, pretty much all celebrities on
by Jacqueline Kilikita
Beauty
This Affordable Hair Accessory Is The Key To An Easy Spring Updo
Claw clip? Who is she? If TikTok is anything to go by, her cooler and more versatile sister is taking over. Enter: the banana clip. Those who grew up in th
by Jacqueline Kilikita
Beauty In A Tik
TikTok Made Me Blush My Under-Eyes & It Erased My Dark Circles
Welcome to Beauty In A Tik, where each week we put TikTok’s viral beauty hacks and innovative trends to the test. Whether you have a TikTok account o
by Jacqueline Kilikita
Beauty
I Tried TikToks Most Viral Anti-Frizz Hack & This Is What My Hair...
Welcome to Beauty In A Tik, where each week we put TikTok’s viral beauty hacks and innovative trends to the test. Hair is huge on TikTok. The app is
by Jacqueline Kilikita
Advertisement
Advertisement