Skip navigation!
Story from Beauty
Photographed by Hayleigh Longman
At Refinery29 Australia, we’re here to help you navigate this overwhelming world of stuff. All of our picks are independently selected and curated by the editorial team, but we may earn commission or other compensation from the links on this page.
With its shelfie-worthy packaging and a focus on intriguing ingredients like snail mucin (excreted from snails) and fermented rice water, Korean skincare has been the subject of western fascination for years. Brands like COSRX, Innisfree and Laneige have assumed viral social media status, while Glow Recipe and Dr. Jart+ are now practically household names thanks to TikTok.
Advertisement
Besides whipping up curiosity, Korean skincare has established a name for itself as one of the most effective and trustworthy categories in beauty. And ahead of summer it's seeing a serious revival. In the past few weeks, searches for 'Korean skincare routine', '10 step Korean skincare' and 'best Korean skincare products' have made up Google's skincare trends, while on TikTok the hashtag #koreanskincare has seen a handful of new videos, each raking in millions of views.
In October, a tweet and TikTok video posted by skincare blogger @Mul_OVO went viral for showcasing the benefits of switching to Korean skincare. In the clip, captioned "My skin before using Korean skincare vs after using Korean skincare 🤭", Mulenga's complexion goes from being peppered with breakouts and hyperpigmentation to clear and gleaming. Mulenga revealed that they had tried a few things to clear up their skin, including skin systems like Proactiv, but to no avail. "Then I got into K dramas and I thought omg??? Their skin? I need it!" said Mulenga.

It wasn't long before people began to share their thoughts and most were in awe. "No one does skin care like Koreans 😭," wrote one, receiving over 1,000 likes in solidarity. Is it true? Is Korean skincare really better? Or have we simply got caught up in the hype?
Cosmetic chemist and licensed aesthetician Esther Olu believes our obsession with K-skincare started with glass skin — skin so dewy, it's almost reflective. Esther says that glass skin was the ideal and promoted "healthy-looking" and "luminous" skin standards. "Everyone wanted to have healthy skin," says Esther, "and Korean skincare has played a critical role in this mindset."
Advertisement
“

The Korean approach to skincare is a lot gentler and there is a distinct difference in ingredients lists compared to western products, which can be harsh.

”
You could argue that the main intent of skincare everywhere is to promote healthy, happy skin. But there are some key differences. Many western skincare trends (such as skin cycling, peels and rediscovering skin toners) tend to hone in on ingredients such as retinol and exfoliating acids, for example glycolic, lactic and salicylic acid. These are great when used properly and sensibly under the guidance of an expert but they can be notoriously irritating when overdone, as many of us tend to do.
Ask any dermatologist to pinpoint common skin gripes they regularly spot in clinic and they'll almost always reel off perioral dermatitis (a red rash that circles your mouth), burns, irritation, dryness and a compromised skin barrier (redness, tightness, breakouts, rashes) — all a result of overdoing it on harsh ingredients. 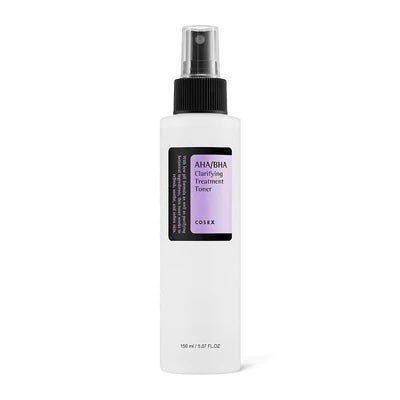 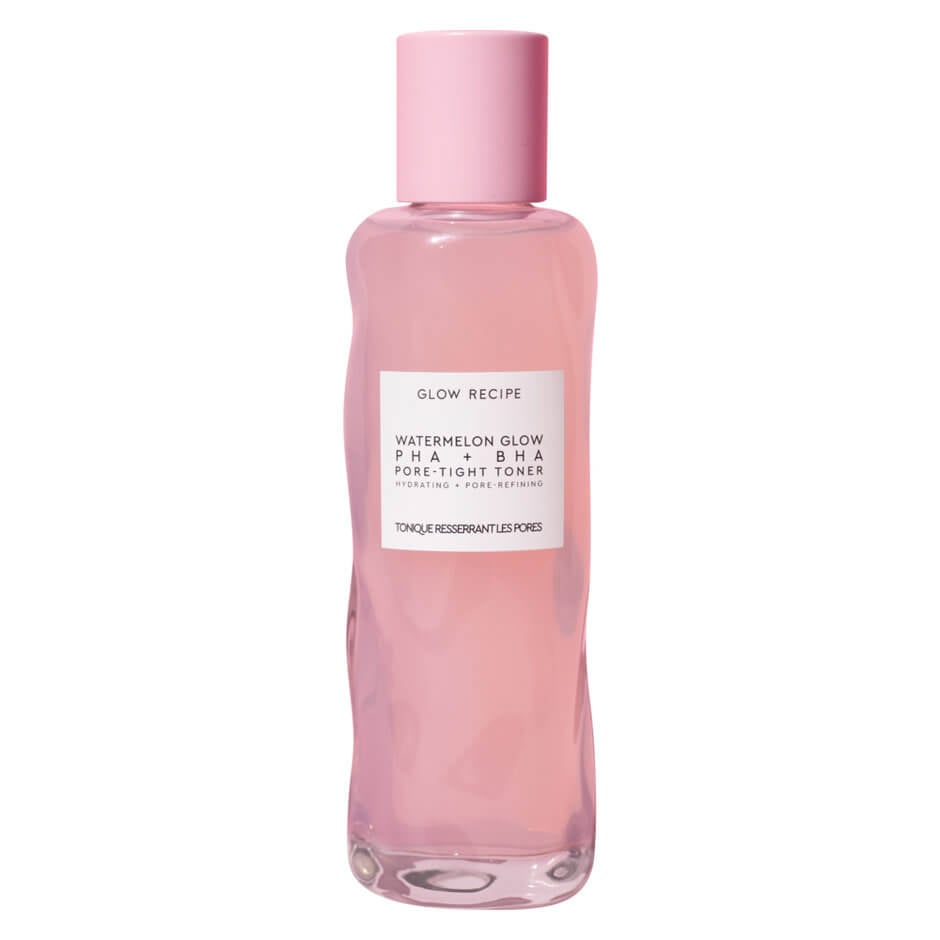 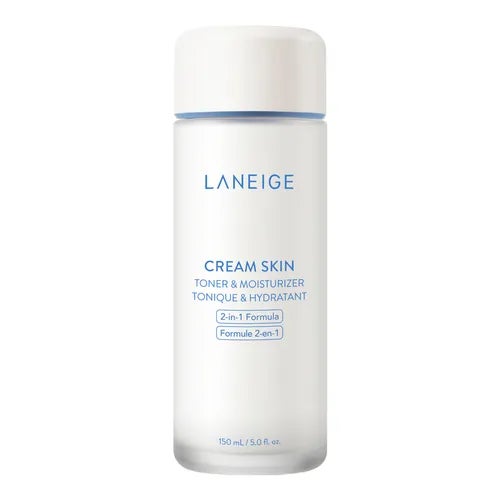 Laneige
Cream Skin Toner And Moisturizer
$41.00
Sephora Australia
Of course, Korean skincare does feature the aforementioned ingredients. They do work, after all. But the Korean approach seems to be a lot gentler and there is a distinct difference in ingredients lists, too, says Esther. PHAs (polyhydroxy acids) are a lot more popular in Korean skincare, for example. Take Dr. Jart+'s recently launched Pore Remedy range, in which PHAs are the star ingredient. Much like glycolic and salicylic acids, PHAs exfoliate the skin effectively, but what sets them apart from other exfoliators is their large molecule size. They exfoliate at surface level without going too deep and aggravating skin as other acids might. Glow Recipe, COSRX and By Wishtrend are just a handful of Korean brands championing them and subsequently promoting a kinder approach to the controversial exfoliation trend.
Advertisement
In fact, Korean skincare has been something of a saviour for our irritated skin barriers of late. Much of Korean skincare shines a light on reducing inflammation rather than drying out skin. "Promoting hydration as well as soothing ingredients is a primary focus in Korean skincare," confirms cosmetic chemist Ramón Pagán. "This is a contrast to the products we tend to see in the west, which can be more astringent or irritating to the skin with higher percentages of active ingredients."
Ramón explains that thanks to skincare marketing in the early '00s, the western approach to skincare has been hooked on stripping skin: getting rid of the 'bad' stuff like excess oil and clogged pores. Conversely, Korean skincare is about nourishing the skin. Reddit's skincare obsessives concur that western skincare can be disagreeable, particularly for those with dry, sensitive or acne-prone skin.

Esther seconds this. "Western skincare products tend to take a corrective approach," she tells R29. "Specifically, the formulas are dedicated to solving a skincare concern, whether it is retinol, azelaic acid or BHAs and AHAs," which are different kinds of exfoliating acids. "[Western skincare] is meant to help with anti-aging and things like redness," explains Esther, "while Korean skincare focuses more on maintenance and skin barrier health."
It's why you'll find excellent ingredients like ceramides (very moisturising and hold the skin barrier together), centella asiatica aka cica (a herb that decreases inflammation, redness, puffiness and swelling) and niacinamide (vitamin B3, which keeps the skin barrier intact and reduces excess oil) in most Korean skincare. The colour correcting cream that recently went viral on TikTok? It includes cica — and of course it's Korean.
Advertisement
“

A reason why Korean skincare is so popular — and so good — is because the Korean government is said to have actively invested in its beauty brands to better develop cosmetics.

”
Redditors also point out that Korean skincare includes 'special ingredients' and technologies that western products don't. Snail mucin is a popular moisturising ingredient among Korean brands, with influencers and experts extolling the virtues of products like COSRX ADVANCED SNAIL 96 Mucin Power Essence Gel, $38. "This is a great barrier-protecting ingredient," medical doctor Kemi Fabusiwa told R29 recently, "but it also gives your skin a great shine."
Then there's allantoin, popular in Korean skincare for locking moisture into the skin, as well as rice extract (said to increase hydration, making skin plump) and bee propolis, a natural substance produced by honey bees known to smooth skin and protect it from environmental factors such as pollution.
Beyond the more skin-friendly and interesting approach to ingredients, it has been reported that Korean beauty and skincare is one of the country's biggest businesses and exports. As the world's third largest cosmetics exporter, beauty outperformed home appliances, pharmaceuticals and smartphones in 2020. Data also suggests that South Korea's skincare market will reach $11.4 billion in value by 2026. Interestingly, one of the reasons why Korean skincare is so popular — and so good — is because the Korean government is said to have actively invested in its beauty brands in order to better develop cosmetics.
Advertisement
"When K-beauty was introduced to the western market through popular channels and social media, a phenomenon was awakened, creating demand and opportunity for business," says Nina Vargas, a global business strategist for beauty, fashion and wellness brands. "This allowed Korean cosmetics companies to obtain help from the Korea International Trade Association (KITA)." KITA is a nonprofit organisation that helps small and medium enterprises enter markets abroad. 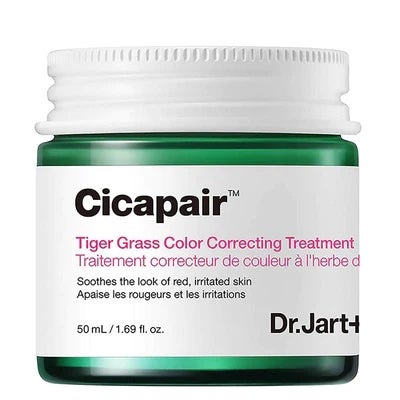 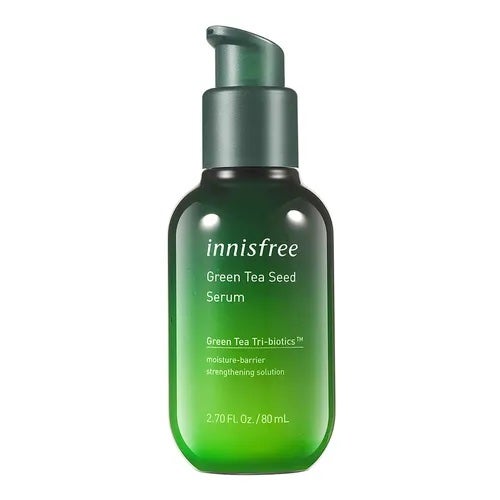 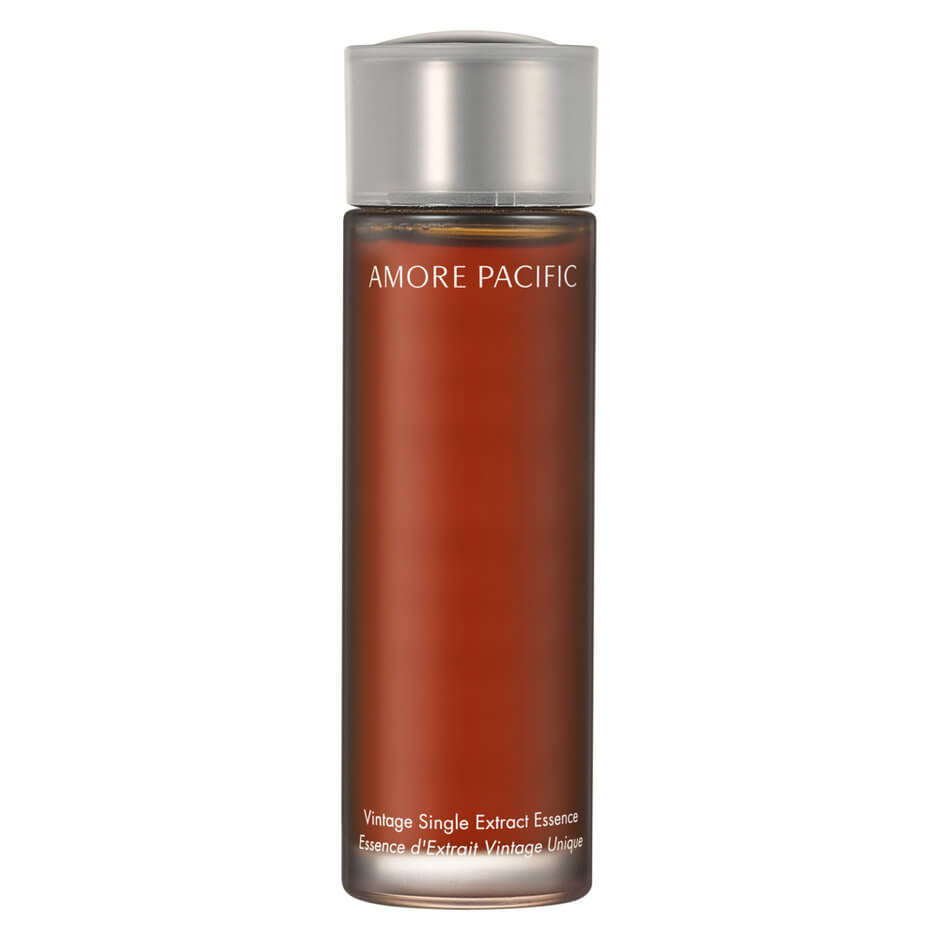 AMOREPACIFIC
Vintage Single Extract Essence
$143.00
Mecca
What's more, Dr Jenelle Kim, founder and formulator of JBK Wellness Labs in the US, says that Korean skincare uses the latest science to understand exactly what our skin needs. "It utilises ingredients in new ways, while remaining committed to formulating with centuries-proven ingredients and, for some brands [like Erborian, Sulwhasoo and Beauty of Joseon], the powers of herbal medicine." Ginseng and green tea are super popular, for example.
Dr Kim adds that our skin needs change with the climate or environmental factors like air quality, makeup trends and hormones. Korean skincare has consistently switched things up in an effort to help us stay in balance. Ramón agrees that heritage surrounds Korean skincare. "Lots of brands use 'hanbang' ingredients, which are based around traditional Korean medicine," he says. "These are often herbal and naturally derived." Post-pandemic, when we're more interested than ever in keeping healthy, highlighting medicinal skincare makes Korean products appear trustworthy and effective, elevating them above others.
Advertisement

In short, skincare is an inherent part of Korean culture. Head to TikTok and you'll see that Koreans view beauty not as a luxury but as a necessity. Countless videos suggest that people are taught from a young age to take care of their skin and to look at skincare as a preventative measure. Year-round sun protection is also a big trend among Korean skincare lovers, with a high factor, broad spectrum sunscreen said to be one of the most important products in a routine.
Another reason why Korean skincare is regarded so highly is because the majority of it is affordable. Head to Reddit and you'll spot skincare lovers swapping reviews of Innisfree, TONYMOLY and Etude House. The promise of soothed, hydrated skin is their main pull but so are the relatively low prices, with most cleansers, serums and creams coming in under £50. 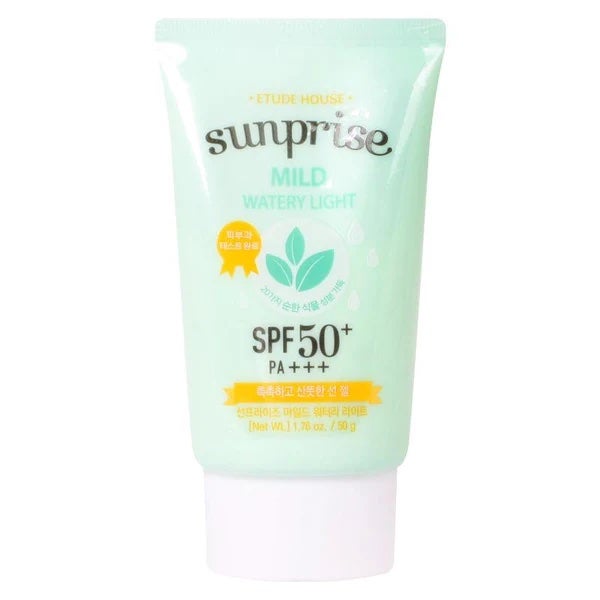 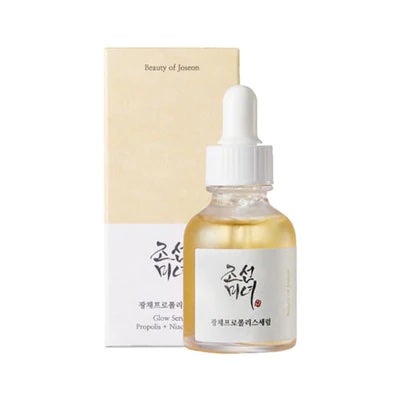 Beauty of Joseon
Glow Serum Propolis And Niacinamide
$22.50
Lila Beauty
Amid a cost of living crisis, it makes sense that we want to spend as little as possible on beauty products. When it comes to Korean skincare, though, tightening your purse strings doesn't mean compromising on quality. All the proven skincare ingredients are there, from retinol to acids and more, just in gentler concentrations and sophisticated formulas. Some TikTokers even point out that Korean skincare often dupes brands and products that charge hundreds for very similar ingredients and results. "It doesn't matter if you spend $1 or $100. If it's K-Beauty, chances are it's great," thinks Nina.
Advertisement
Over time, the 10-product routine has given way to routines with fewer steps. Excessive layering doesn't work for everyone, particularly if you have a strict budget or your skin is sensitive, reactive or acne-prone. But Korean skincare is ever evolving and always adapting to consumer needs. Because of this, three- or four-step routines are now trending among Korean influencers. TikTokers are sharing their easy skincare rituals, which always start with a gentle, hydrating cleanser followed by a serum, moisturiser and sunscreen. This is a quick and effective routine that dermatologists and skincare experts often recommend for skin types across the board.
Ramón believes that Korean skincare stays fun and inventive. "It's simple but impactful and you get luxury experiences at affordable prices. You don't see western brands readily introducing staple Korean concepts like fermented ingredients or snail secretion." Add to that the serious investment and spotlight on nourishing the skin (rather than getting rid of the 'nasty' stuff) and it's clear to see why Korean skincare is regarded so highly. But is it better? Essentially, the very best skincare is the skincare that works for you. If it happens to be Korean, that's great. But if it's something else entirely, why switch it up? 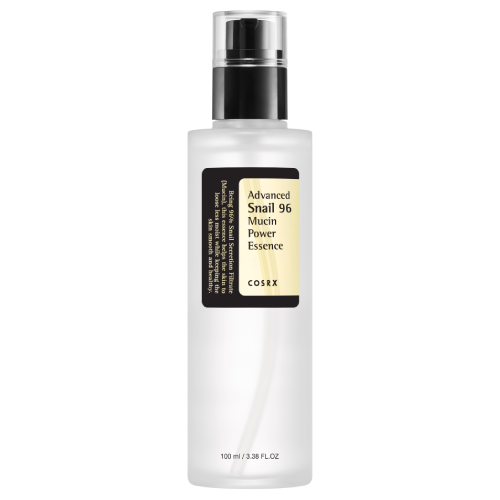 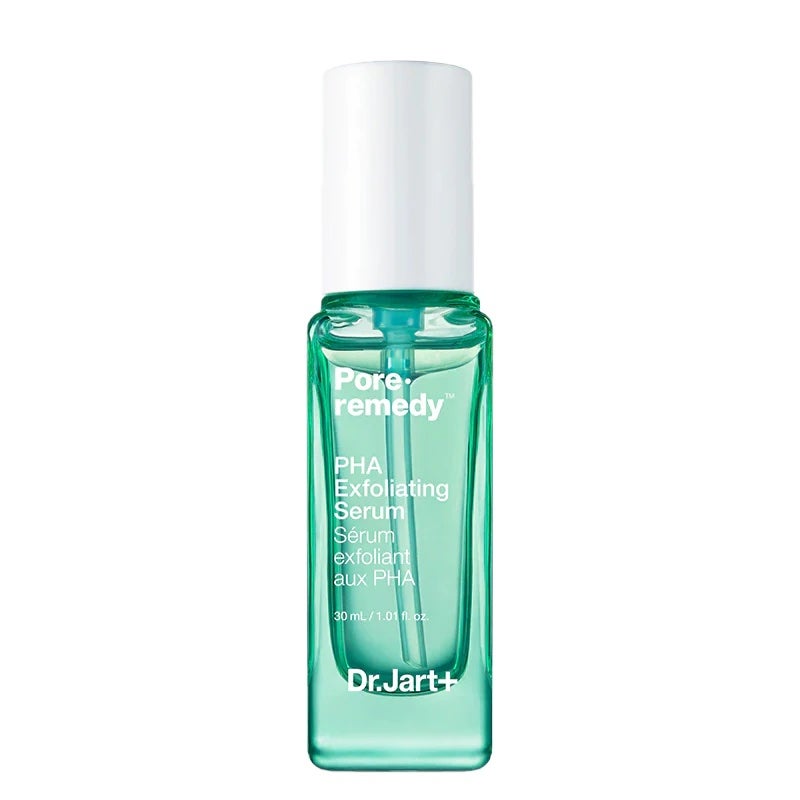 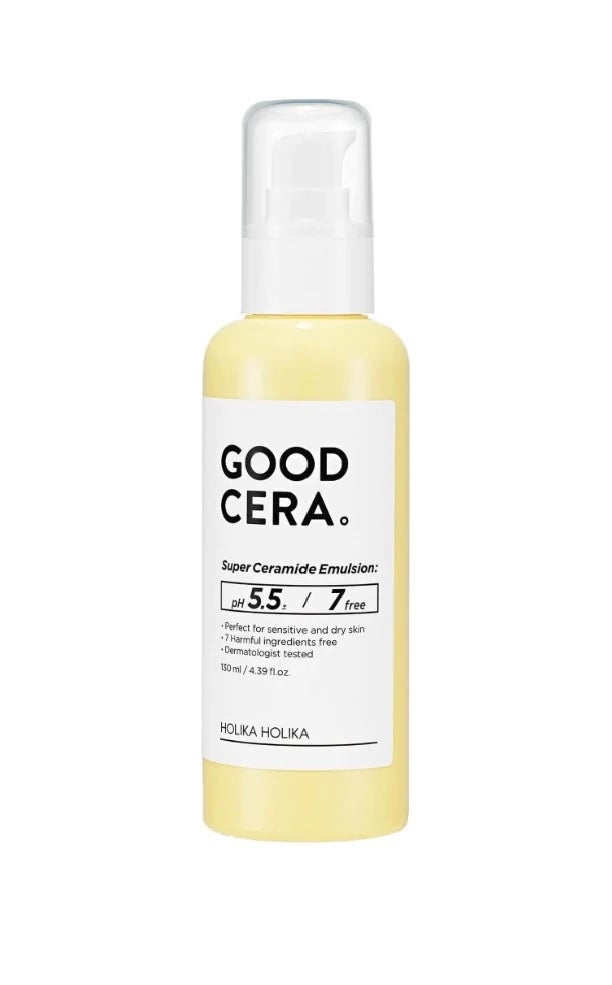