Skip navigation!
Story from New York
On-again, off-again New York Ranger Sean Avery is now, well, unofficially retired from the NHL...which isn't all that surprising seeing as though he spent most of his career making himself as controversial as possible, whether he was on the ice or not. And while the infamous bad boy seems to be all set to join an advertising firm — possibly one of these NYC giants?— we have a sneaky feeling we'll be seeing him make a few forays into the fashion industry as well. After all, he's previously interned at Vogue, guest-edited at the now-defunt mensvogue.com, has served as guest judge during Project Runway All-Stars, and pretty much talks ad nauseam about how much he loves clothes. Sure, Avery has no sartorial ambitions set in stone right now, but he has recently been chatting about the connection between athletes and style, not to mention his favorite collaboration right now: the soon-to-be-released Kanye West kicks for Nike. Though we certainly wish Avery well wherever his future ambitions lead him, we're just going to say that we really hope he and Yeezy don't team up on a collection in the future. Seriously, we're used to big personalities in this industry, but let's just say that the tents aren't ready for this kind of double-trouble. 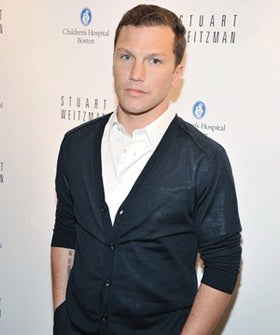