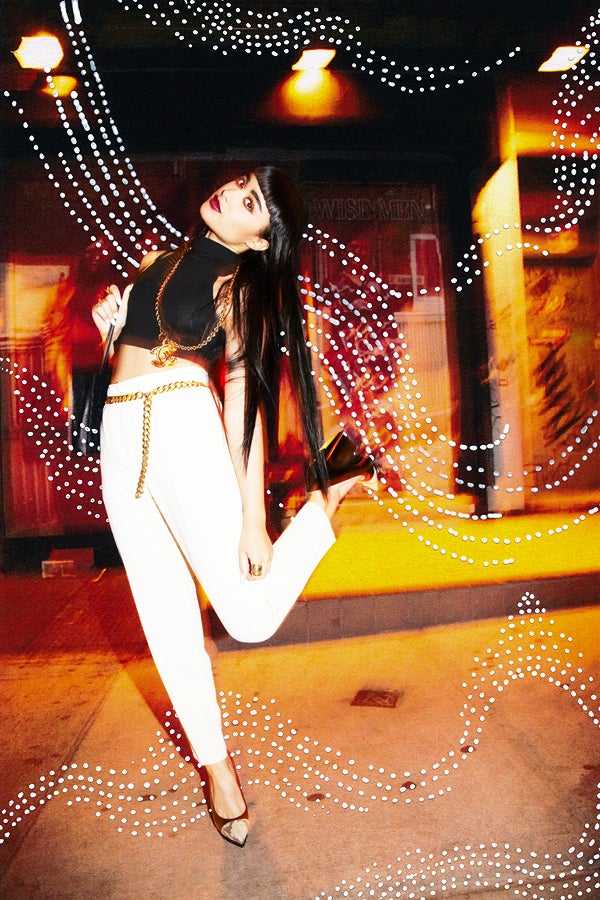 Natalia Kills, Musician
Even though we've been fans of her style and music for years now, there's a lot about Natalia Kills we didn't know until this interview. For instance, she's a former TV child actress in her native England where, as Natalia Noemi Keery-Fisher, she also appeared on the legendary radio show, The Archers, and made teenybopper music. Moreover, we really couldn't have guessed that the brazen, profane, and provocative Kills used to be a religious teenage missionary. It's a long road from handing out pamphlets to creating one of our favorite club albums of the season, Problem. Still, Kills filled us in on at least a couple of steps from her journey.
Advertisement
Tell us about your nightlife history? How did it play a roll in becoming who you are?
“Well, I left home at 14, because things weren't going so well. Around that time, I started going to punk clubs and dive bars, walking in with kids a couple of years older than me that all had fake IDs. I used to wear purple lipstick and make out with goth boys, and I never got home before 3 a.m. I used to listen to Hole, Garbage, Outkast, TLC, Fiona Apple, Rage Against the Machine, No Doubt, Alanis Morissette, Oasis…music with a message and a real opinion that confronts you. But then I started getting involved in a religious group that didn't allow any of that stuff, plus no mixing with outsiders. From 16 to 21, I didn't really go out at all.”
What? Really?
“Yeah, I was in this awkward phase of trying to be the opposite of my family and rebelling against everything, and, in my world, that meant being a, 'good girl.' Anyway, this religious group, we used to go out on a Saturday and try to get people to join by telling them how awesome God was and that they were going to hell. Even after I left, I didn't drink, get high, or wear heels until I was 21! I missed out on all the fun back then, but I've definitely made up for it.”
How so?
“Well, my followers know I love extravagant debauchery. It's not a secret that I make a big affair out of everything. I get really dressed up most days and have wild nights with no thought to time or consequence."
Advertisement
Well, you came to the right city for that!
"Yeah. When I go out in New York, I feel like I can say what I mean and it's okay. It's nice to meet people who live by extremes — I feel like I have to explain myself much less than usual. I've never been good at censoring my conversation, because I don't exactly know what the line is, let alone where to draw it."
On a semi-related topic, what's the most epic party you’ve been to, ever?
“I performed at Life Ball in Vienna a couple of years ago — it was like being in another world! It was 24 hours of black-tie masquerade with hundreds of performers, models, and advocates all dressed as angels and devils. It felt like the party scene in Baz Luhrmann’s Romeo + Juliet. I wanted to stay right there for the rest of my life!”

Hair and Makeup by Ashleigh Ciucci