Skip navigation!
Story from New York
We kind of knew this was going to happen: Lindsay Lohan's SNL performance was a mixed bag of totally funny original content (hello "Real Housewives of Disney!") and incredibly painful renditions of skits that usually work (yep, we're talking about when Lilo read off of cue cards for the better part of the "Scared Straight" bit). As promised, she poked fun at herself in a "no really, I'm a changed woman" kind of way, but the effect was diluted from her continually flubbing lines. To her credit, apparently Lindsay was well behaved when it came time to party—she attended the cast dinner (and sipped on water) at Japanase spot Kibo, but skipped the raucous after-party at La Pomme (way more controlled than we'd be able to be if we were in the same room with Jason Sudeikis, Paul Rudd, and Jon Hamm). Overall, we'd call the episode kind of a wash for now, wouldn't you? Except for Jack White... major, major points for Jack White. Tell us what you think of it all in the comments below! (NY Post) 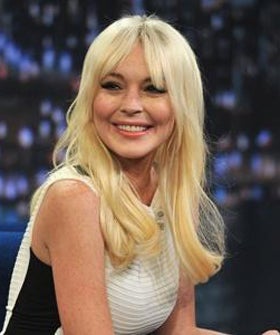