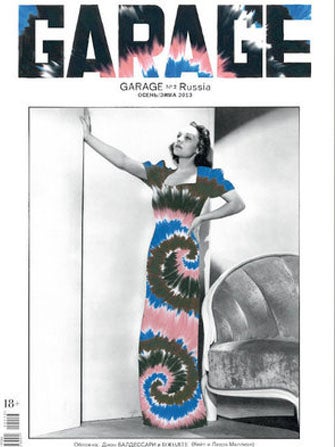 Photo: Via Los Angeles Times
Ahh yes, it's that time again: The glorious weekend! But, as you've probably gathered by now, we like to call attention to the biggest news highlights from the week before we go into full party mode. From a Sriracha festival coming to lovely L.A. to the Rodarte sisters collaborating with the one-and-only John Baldessari, take a look at some headlines that will serve as major conversation starters this week!
As you might have read by now, Airbnb created some seriously luxurious pop-ups in L.A. this past week. And now, the short-term rental company has collaborated with San Francisco-based artisan publisher McSweeney's on a series of guides (one for each of the pop-up locales), which feature cool images, interviews with local notables, and short essays. This is a publication we definitely want to get our hands on! (Curbed L.A.)
Advertisement
Confession: We're addicted to Sriracha. If you are bound by the same love-hate relationship with this firey condiment, then you're definitely going to want to check out the first ever Sriracha Festival, which is heating up DTLA's Arts District on October 27. (LAist)
L.A. talents are taking over the cover of the Russian edition of Garage magazine's Fall/Winter 2013 issue, compliments of Kate and Laura Mulleavy and John Baldessari. The cover image combines a black-and-white photo of a classic Old Hollywood pose with a striking blue, pink, and black tie-dye pattern from Rodarte's Fall 2013 collection. Pretty cool, huh? (Los Angeles Times)
On the real estate front, Mark Walhberg has finally sold his Beverly Hills mansion, which has been on and off the market since 2008. It sold for $12.995 million — a million dollars under the asking price he listed two years ago. (Business Insider)
Universal Pictures said it will restructure its Focus Features specialty division, shifting the unit's priority to more commercial fare. Known for critically acclaimed films such as "Brokeback Mountain" and "Atonement," Focus has been struggling in the box office for the first time since its 2002 founding. Most likely, this change will mean more action, comedy, and horror movies and fewer dramas for sophisticated audiences, though it will still release some. Focus is now working on Fifty Shades of Gray, which is set to come out next August. (WSJ)
Shopping
31 Dreamy Dresses To Wear This Easter
We've rounded up 30 pieces you'll want to wear on the holiday — and all spring long.
by Maude Standish
Beauty
The Pro Guide To Getting, Maintaining & Growing Out Blonde Hair
by Lexy Lebsack
Shopping
30 Pajamas That Will Make You Want To Cancel All Your Plans
by Eliza Huber
Advertisement
Los Angeles
The All-Time Best Brunch Spots in L.A.
by Erin Fitzpatrick
Los Angeles
The 30 Most Important Stores In Los Angeles
by Erin Magner
Travel
10 Of The Most Photographed Spots In Los Angeles
(Paid Content) If ever there was a city that deserved to be photographed, it's Los Angeles. An unholy mix of grit and glamour, it's both a dream and a drea
by Sophie Ross
Celebrity Beauty
Why Kim Kardashian’s Hairstylist Didn’t Want A Wedding
by Lexy Lebsack
Los Angeles
These Two Millennials Want To Change The Way We Die
“I wasn’t some kooky kid who was collecting dead animals and keeping them in jars,” Amber Carvaly explains. “I was obsessed with Th
by Lexy Lebsack
Los Angeles
How To Style L.A.’s Most Popular Haircut 3 Ways In 3 Days
by Lexy Lebsack
Los Angeles
The Best Drugstore Products For Fall, From Hollywood’s Top ...
by Lexy Lebsack
Los Angeles
The Most Revolutionary Beauty Products EVER, Picked By Hollywood’...
by Lexy Lebsack
Los Angeles
24 Drugstore Products Hollywood’s Top Makeup Artists Swear By
by Lexy Lebsack
Advertisement
Advertisement
Discover
R29 Stories & News
Watch
R29 Original Series & Films
Shop
R29's Most Wanted