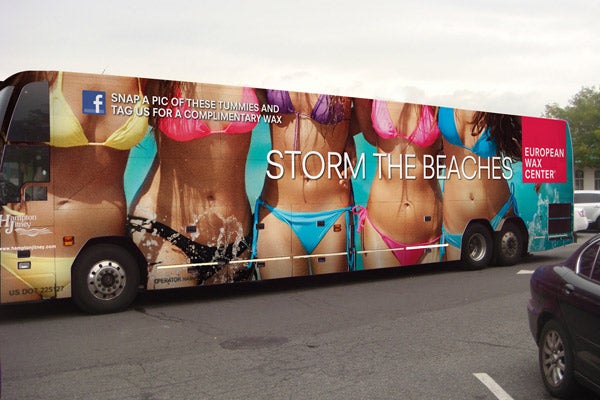 Now, now, it's not like it sounds — you won't be spreading it on your way to the Hamptons. Instead, European Wax Center has partnered with the luxury bus service to give beachgoers awesome discounts on waxing services. They'll have specially decked-out buses (appropriately titled the "Bum Bus") traveling the South Fork line, and customers who hop aboard simply have to check-in via Facebook or Foursquare (or tweet using #EWCJitneyBumBus), and they'll be treated to a free wax job. Of course, New Yorkers who aren't heading to the Hamptons won't be left in the cold — if you spot the Bum Bus (hint, try hanging out by 59th & Lex), simply snap a pic and show it at any EWC location for your freebie. The deals run until August 26, and remember, this is an equal opportunity promo, which means manscaping is totally up for grabs.