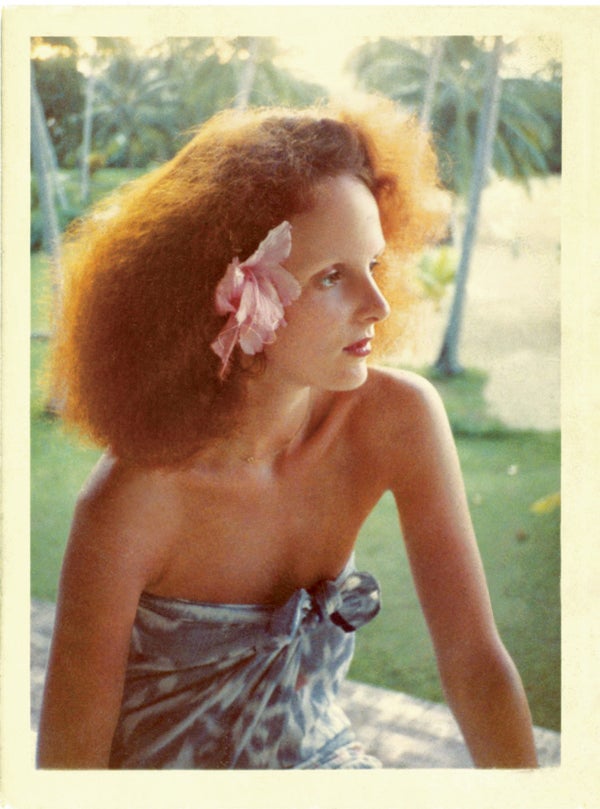 We assume we're not alone when we say that after The September Issue our crush on Grace Coddington turned into a full-blown love affair. And, with the buzz around her new memoir,
Grace Coddington: An Epic Life In Fashion
we are more excited than ever to hear from our favorite fashion redhead. But, the best part about Vogue's just-released online sneak peek of the hefty hard-cover is getting the feeling that she actually loves us back. Through her candid portrayal of her, well, "Epic Life In Fashion" Coddington speaks directly to the readers with relatable colloquialisms and candid revelations.

Some special gems from the preview include her early struggle as a model, "My editorial rate for magazines and newspapers was £2 a day, and my advertising rate was £5 (although I must say I didn’t get many advertising jobs)," her girlish flirtation with a photog cutie, "I had a little crush on [David] Bailey. It was just after he split up with the great model Jean Shrimpton. But he had a harem of pretty girls available to him and a wildly promiscuous reputation," and lastly, a little rivalry with another top UK model, "My particular thing was to draw an extra-wide stroke emphasizing the crease of the eye socket and add extravagantly long, spidery lines below the eye, a little like doll’s lashes, then paint a dot toward the inner corner for reasons I can’t exactly articulate except that it looked nice and 'now.' Later I discovered my crazy new eyelash look being called 'twiglets' and credited to the young British model Twiggy. Well, they were very much mine. I was probably doing them before she was born!" That's the fierce and lovable Coddington we...well... kind of know. Click through to read a longer clipping and stay tuned for the rest of the forthcoming memoir you know every editor will be giving and receiving this holiday season. (
Vogue)