Skip navigation!
Story from TikTok
Dig, if you will, a timeline. In February of 2021, boho retailer Free People added a new silhouette to its active FP Movement brand: the Way Home Shorts, a cheerful pair of running bottoms with a high, smocked waistband, and vintage-ish split hem for a fit that numerous reviewers praised for its flattering silhouette. The shorts sold at a modest pace until later on that summer, when #BamaRush hit TikTok. While the FYP phenomenon — which consisted of college-age sorority hopefuls enduring the application process or "rush” at the University of Alabama — gave brands like Kendra Scott and the Pants Store (?) their 15 minutes of social-media stardom, it was the Way Home Shorts that landed in customer’s carts with such repeat ferocity that we’re still talking about it almost a year later. While the TikTok fury may have died down a little, the shorts have proven themselves to be more than just a passing fad. Twelve months after their quiet debut, they’ve racked up a 4.5-star rating across 759 reviews, cementing their status as certified top-selling royalty.
Advertisement 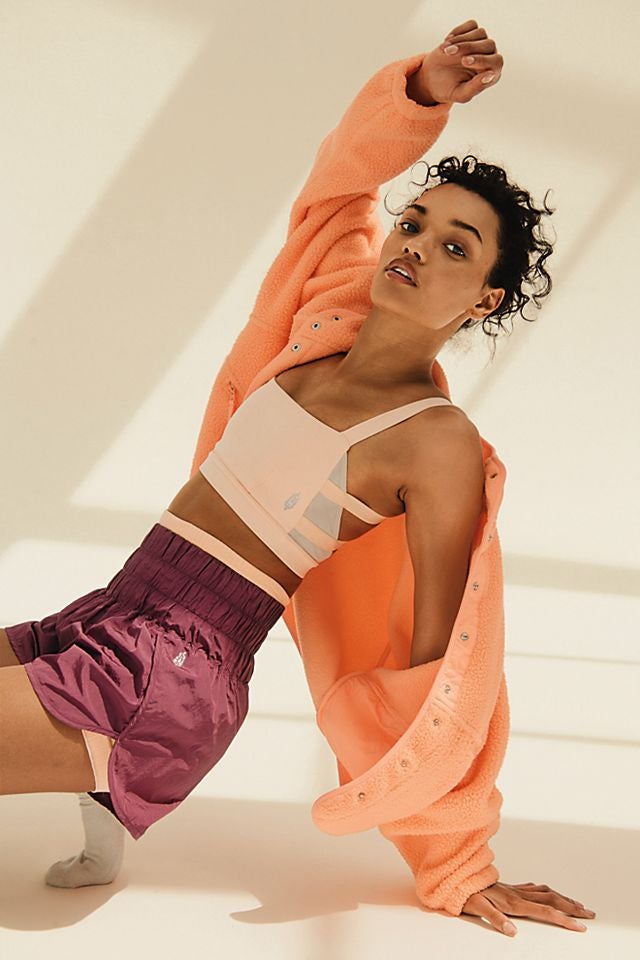 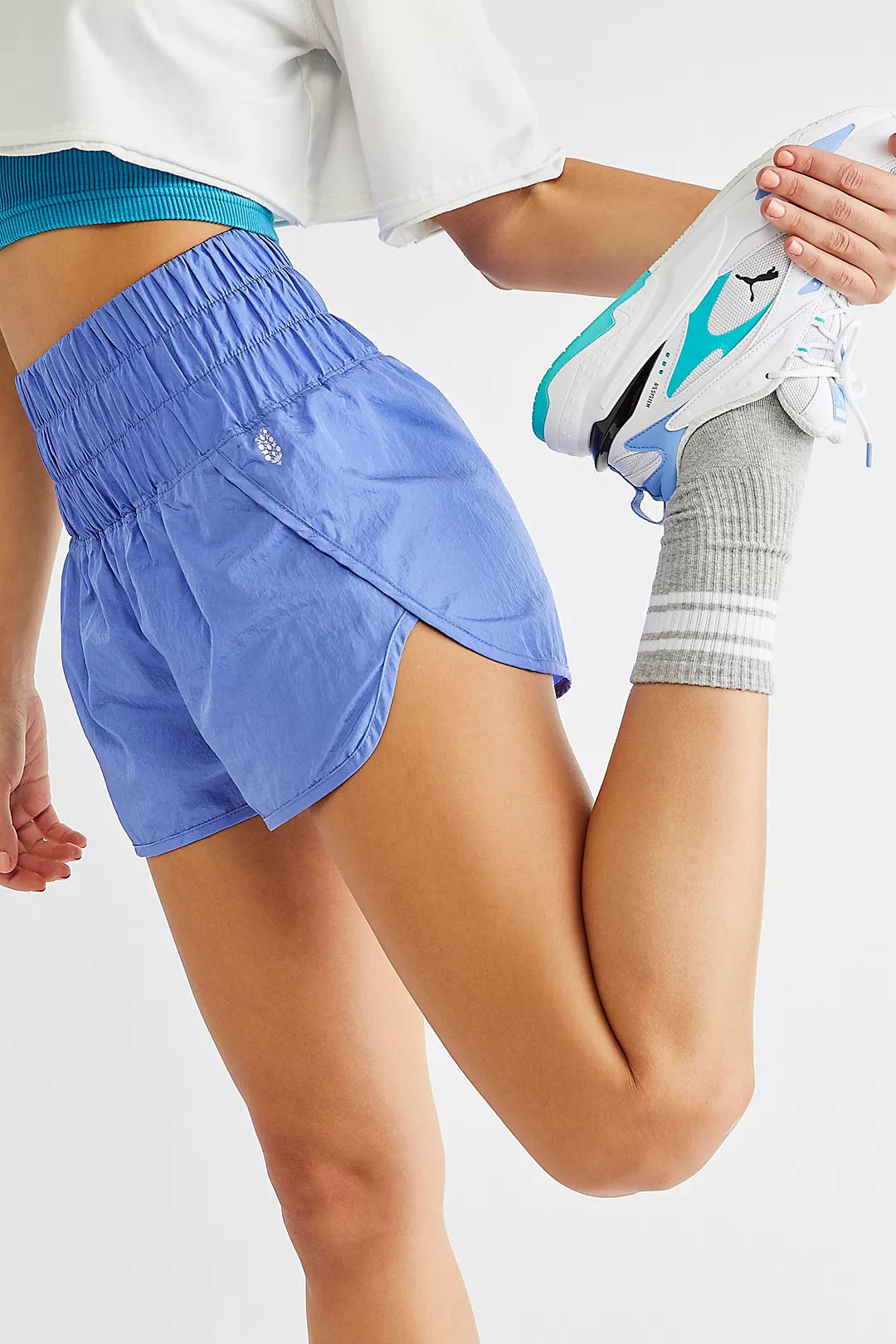 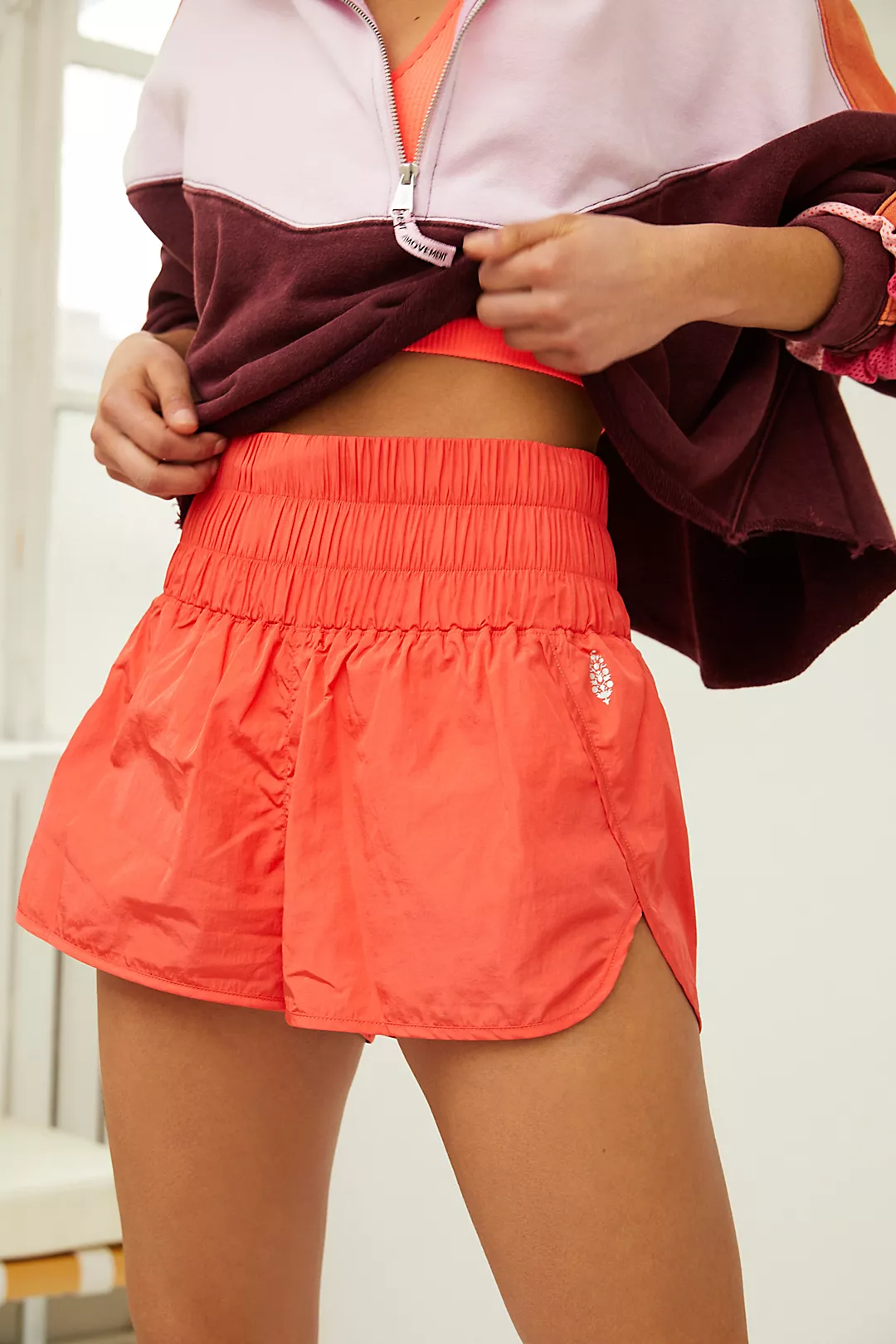 FP Movement
The Way Home Shorts
$30.00
Free People
After the aforementioned sorority-girl FYP frenzy boosted the shorts onto the screens of TikTok users everywhere, the brief bottoms became a real-deal viral buy across the social media spectrum, selling out a total of eight times since their February 2021 launch. (Don’t worry, they’re very much currently in stock — in no less than 41 solid colorways, for anyone who’s counting, along with a host of prints and patterns) TikTokers far removed from on-campus Greek life posted copious fit vids with the shorts, bragging about their tantalizingly low price point of $30, seemingly limitless color choices, and waist-snatching smocked midsection. FP Movement has released several of its own popular TikToks showcasing the rainbow of options that the style offers as well as the announcement of buzzed-about new colorways.

Now, almost a year after they hit the internet, the bottoms are currently holding steady with glowing stats from almost anyone who’s ever bought them; they boast a “yes” recommendation from 90% of reviewers at Free People's website. The general consensus is, thanks to the midsection-cinching smocked waistband and balloon-like cut of the leg, they create an hourglass silhouette that many wearers find to be hella flattering. “Obsessed with these so much that I’ve basically worn them every day since I got them. To walk, out to the bar, to sleep in,” wrote Azzy from Toronto. “Definitely going to grab a few more colors before traveling in the fall. I wash them on gentle and then air dry them (I prefer air drying and this fabric is a little delicate). Fits well around the waist. I’m on the curvier side with thicker thighs and skinny ankles, so they’re super flattering with the dolphin cut around the thigh. Love the waist for when I’m bloaty.” Alyse, in Austin, wrote that “these are soooo comfy and make me feel so good. They suck in all the right places but are not too tight.”
Advertisement
Many reviewers — like Callieend from Miami — defected from other established athleisure brands: “I usually buy all of my [althetic] wear from Lululemon but, I saw these shorts on TikTok and had to try them on! Bought a bright green pair and the [gray]. I will ABSOLUTELY be buying these in every color! They are so comfortable and are the perfect length/fit. Highly recommend purchasing these ... They are a great price as well.” An anonymous review even took the brick-and-mortar route in their pursuit of shorts perfection: “I saw these online but wanted to try them on in person before I bought any,” they wrote. “Tried on one pair and immediately bought three different colors. They [cinch] your waist perfectly and also look incredible over leggings. 10/10 might have to buy all 41 colors.”

Knowing about the short’s viral rise to fame and current uncontested GOAT status, I had to get our hands on a pair. After trying on the Way Home Shorts IRL (in the terracotta-esque tone that FP Movement lists as “cinnamon sugar”), I accept the hype. While the shorts have a heavy-duty, hold-you-in waistband that multiple reviewers described as a “sports bra for your waist,” the construction is otherwise feather-light, with a fluttery nylon fabrication that’s smooth to the touch and, depending on which color you go for, slightly shiny. There’s a rear mesh pocket sewn into the waistband to hold small items, and, in a nod to any non-lounging activities you might be engaging in, stretchy white undies sewn inside.
Advertisement

Shop This
FP Movement
The Way Home Colorblock Shorts
$40.00
Free People
As someone who hovers between a small and medium, I decided to try on both sizes — and while I found that both technically fit, there were nuances to each. The small was not uncomfortable, but the waistband felt more snug and the shorts were, well, shorter, covering my butt with only an inch or two of extra fabric. The medium felt less binding in the waist and hit slightly lower on my leg, but thanks to the baggy and slightly flared tailoring of the legs, my gams still felt fairly exposed. While I prefer the looser fit of the medium, I’d ultimately opt for the small — the built-in underwear on this size fit my body more closely and made me feel more secure. I don’t exercise, so I can’t speak to the shorts’ ability to endure heavy-duty sweat sessions, but they certainly felt comfortable and cute as I puttered around my house on a typical work-from-home weekday. (While some reviewers found that the shorts easily endured physical activity, others found that they were a little too lightweight for rigorous workouts.)
With warm weather on the horizon and outdoor workouts on our minds, there’s a chance you’ll start seeing more and more of the Way Home Shorts on whatever platform you find your ’fit inspiration, whether it’s TikTok or the street. And while it seems like they’re in pretty abundant supply right now, if last summer’s run was any indication, you may want to stock up before the well runs dry.
At Refinery29, we’re here to help you navigate this overwhelming world of stuff. All of our market picks are independently selected and curated by the editorial team. All product details reflect the price and availability at the time of publication. If you buy or click on something we link to on our site, Refinery29 may earn commission.
Amazon
It’s Already Prime Day For These Early Bird Amazon Deals
by Karina Hoshikawa
Deals
The Best Fourth Of July Sales You Can Still Shop
Sure, there are fireworks and flag-waving, but the Fourth of July is also a solid holiday for sorting through the unbelievable deals being offered at the b
by Mercedes Viera
Most Wanted
How To Shop This Year’s Nordstrom’s Anniversary Sale ...
If you’ve clicked yourself to this page, then you’re here for all the need-to-know info on Nordstrom‘s biggest annual event — the Nords
by Karina Hoshikawa
Advertisement
Most Wanted
AllSaints’ Golden Hour Collection Is Summer Vibes Incarnate
AllSaints’ style lexicon may bring to mind edgy leather jackets and effortlessly cool denim, and its new Golden Hour collection is bringing the heat
by Karina Hoshikawa
Most Wanted
15 Pool-Style Slides To Slip Your Feet Into
by Emily Ruane
Most Wanted
The Top-Rated Dresses Always On Sale At Nordstrom Rack
by Amanda Randone
Most Wanted
The One Item That R29 Editors Always Bring On Vacation
With the way the world is right now, we’re all craving a little bit of escapism via summer vacation. But sadly, vacation can come with its own kind o
by Mercedes Viera
Deals
Urban Outfitters Kicks Off The Fourth Of July With An Extra 40% O...
by Mercedes Viera
Independence Day
22 Clothing Sales To Shop This Fourth Of July Weekend
by Emily Ruane
Plus-Size Fashion
16 Places To Get Plus-Size Clothing On Sale This Week
by Chichi Offor
Talking Shop
This “Bra” Feels Like You’re Not Wearing One
The first thing to know about Nuudii System is that the intimates brand makes what founder and CEO Annette Azan calls “boobwear,” not bras. In
by Jinnie Lee
Most Wanted
Anthropologie’s Fourth Of July Sale Is Here & It’s An...
by Chichi Offor
Advertisement
Advertisement
Discover
R29 Stories & News
Watch
R29 Original Series & Films
Shop
R29's Most Wanted