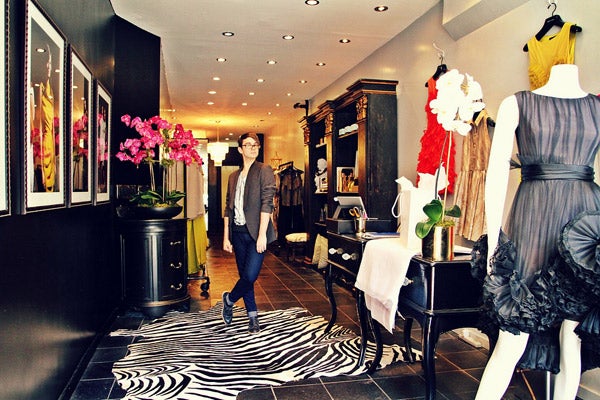 Project Runway's season four champion (and reigning King of Fierce), Christian Siriano, made waves with his red carpet-ready gowns and intricate evening wear back in 2008. Four years and many department store-exclusives later, the 26-year old designer has debuted his first store. The 1,000-square-foot Elizabeth Street boutique will house everything from sportswear to formal gowns, as well as pieces from Siriano's Payless shoe collection. Currently in its soft opening stage, the shop will officially open on September 5, hosting an event for Fashion's Night Out the next day (read: fierceness guaranteed).

Siriano plans to expand his brand by delving into sportswear, to be sold through his shop and department store heavy-hitters like Neiman Marcus and Nordstrom. The designer called his new Nolita space a "test store," alluding to the likelihood of his opening more namesake retail locations. Between eveningwear, sportswear, bridal pieces, footwear,
and
a possible jewelry collection, this is one busy style star.