Skip navigation!
Story from Entertainment News
What part of "no returns" does A-Rod not understand? The Yankee star (and serial blonde celeb-dater) dropped a massive $17,600 on his niece and girlfriend at high-end NYC boutique Blue & Cream before suffering a major case of buyer's remorse. Apparently A-Rod's sister doesn't want him spoiling her daughter, so she demanded that all of the clothes (and a pair of $1,250 Chrissie Morris shoes) be returned. Unfortunately for the player, the store's return policy states that refunds are only issued in the form of store credit, never cash — even for a Yankee.

A-Rod's people called Blue & Cream's people and the store still refused to bend their rules, so the star went the totally extreme route by disputing the charges via American Express. Naturally, B&C plans to dispute his dispute by showing store surveillance videos (aka hard evidence) of the star and his pals hanging, shopping, and yes, even buying. You know what they say, A-Rod, "buyer beware" — especially when you're dropping that kind of cash.
(New York Post) 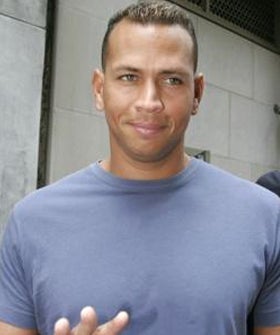