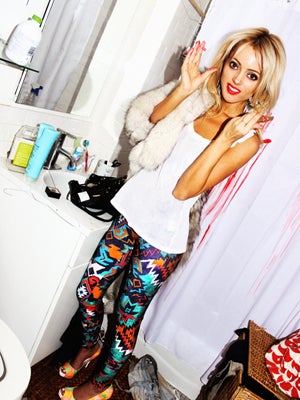 Cat Marnell has made waves in New York over the past few months, and though she parted ways with xoJane, we never expected her to disappear. The proud problem child of Internet journalism is now front and center in a photo shoot for Married to the Mob, posing in super-saturated stills with MTTM founder, Leah McSweeney.
The hot-mess aesthetic is nothing new, especially for Marnell and her well-publicized history, but in case you thought maybe she was toning it down a bit, the images come with quotes to confirm otherwise:
"As one of my favorite Married To The Mob T-shirts proclaims: I WANNA MOB WITH THE MOST OFFICIAL BITCHES, and the most official bitch of them all is Leah McSweeney, a pioneer in the downtown streetwear game that the boys have always annoyingly considered to belong to them and them alone. I love this hot bitch; I love everything she makes, and I love Lovecat magazine's Prince and Jacob, who shot these ill photos. I write about controversial shit, but at the end of the day, creativity is the fucking drug, man, it's what downtown, MTTM, and our circle of friends is all about. Get involved! Incidentally, you can start by buying some leggings."
Advertisement
Click through for the rest of the shoot. Here's to "official bitches" and getting involved in some controversial downtown shit. Enjoy!

Photo: Courtesy of Married to the Mob. 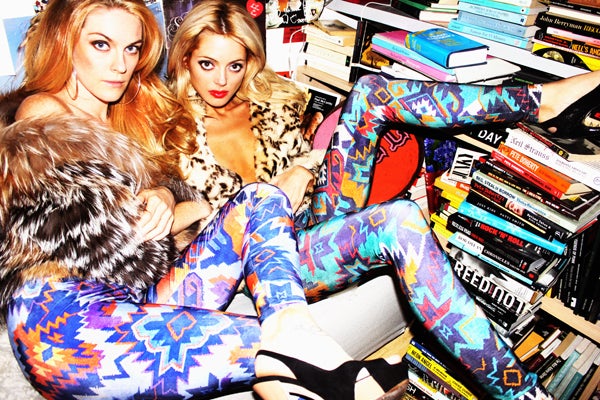 Photo: Courtesy of Married to the Mob. 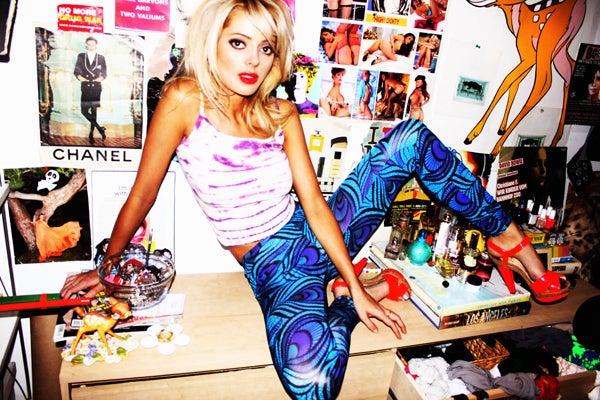