Skip navigation!
Story from Beauty
Photo: Courtesy of Pley Beauty.
Makeup plays an integral part in many young people's lives, especially when it comes to developing their sense of self. Some people like to wear a lot, others wear none at all. Though most of us fall somewhere in the middle of the two polarities.
For Peyton List, the 23-year-old actress you know from Netflix's Cobra Kai and former Disney stardom, makeup has always been a powerful tool. Though working in front of a TV camera, List became acutely aware of the way that wearing makeup (and not wearing it), changed the way she was treated. Mastering makeup helped List to better understand herself, the characters she played, and the world around her. Ahead, the actress and new Gen-Z beauty entrepreneur, talks about her newest project: Pley Beauty.
Advertisement
Refinery29: Let's start at the beginning: What was your first experience with makeup growing up?
Peyton List: I started wearing makeup a lot earlier than most people, because I'm an actress. That's where I learned the power of it. I had these professionals applying makeup to my face and all of a sudden I was a different person. It was almost like a social experiment: I would leave set and I would see how people treated me with makeup versus when I wasn't wearing it. Going to auditions, you have to kind of dress the part or create a character with the look. So, that's how I really started to get obsessed with beauty.
Refinery29: That's interesting. So you had this kind of early understanding of the sociological impact that makeup has on how we're perceived?
Peyton List: I would say so. I would see myself through people, too, which was interesting. It was like, 'You only like me when I look like this.' I was obsessed with learning about makeup because I could use it to build confidence. Makeup was a huge tool for creating a feeling. I loved how I could use makeup to influence others perceptions of me.
Refinery29: Was there one specific feature that you enhanced with makeup that changed your look?
Peyton List: Makeup artists would always tell me that I have the best eyelids for eyeshadow. I have big eyes; I always thought that they were kind of weird. Sometimes you have a feature that you get made fun of for — and that ends up being the one that you get to play around with the most. Having such big eyes ended up being good because I have so much room to play with eyeshadow.
Advertisement
“

"Sometimes you have a feature that you get made fun of for — and that ends up being the one that you get to play around with the most."

Peyton List
”
Refinery29: What about your personal style off-set, how does makeup play into that?
Peyton List: Well, I'm so terrible at hair; also, fashion took me a long time to get. Really, makeup was was where I wanted to play and take more chances. When I'm going out or to an event, I usually focus way more on my makeup than I do my outfit.
Refinery29: What does your daily skincare routine look like?
Peyton List: I keep my everyday skin-care routine pretty minimal. I try to wake up in the morning and splash cold water on my face. I need to get an ice roller, because I've been using just cubes of eye from a tray and rubbing them on my face. I'll put on some SPF moisturizer. I've been using the Ole Henriksen Eye Cream and the Tatcha Lip Jelly; I love that stuff.
I've also been taking a lot of supplements. I was playing around for a little bit, trying to figure it out on my own. Then I went to a doctor and figured out my imbalances. They were telling me about how my acne was communicating with me about what's going on internally. I always knew that, but I went to lots of dermatologists to figure out my skin. But even prescription topicals weren't working for me. I realized I had to focus on the inside first. Everyone is on their own journey with that.
Refinery29: You're right, skincare and wellness are so personal. What does makeup look like?
Advertisement
Peyton List: I use the Shiseido Synchro Skin Foundation, it's so light and glowy. Then I do eyes. Just a clean face and then a fun swipe of color. I have four different eye palettes, so I'll pick a color out of one of those. Then I love soapbox brows; I've grown to love full brows. Then our One Stop Pop Blush is so pigmented — and I'm very picky about blush. I use one of our Pley Date sticks for highlighter, in the inner corner of my eye and then on my cheeks.
Refinery29: What part of your routine makes you feel the most confident?
Honestly, it's about how I feel. I mean that's probably why my TikTok page is full of psychology and people lifting each other up. That's what puts me in the best headspace. I've had professionals work on me and create beautiful looks, but if I'm not feeling great internally, that speaks so much louder. I think the way you carry yourself can take you from a six to a ten. I'm trying to do so much self care, listen to a lot of podcasts, and spend my time with good people.
Shop Pley Beauty, below: 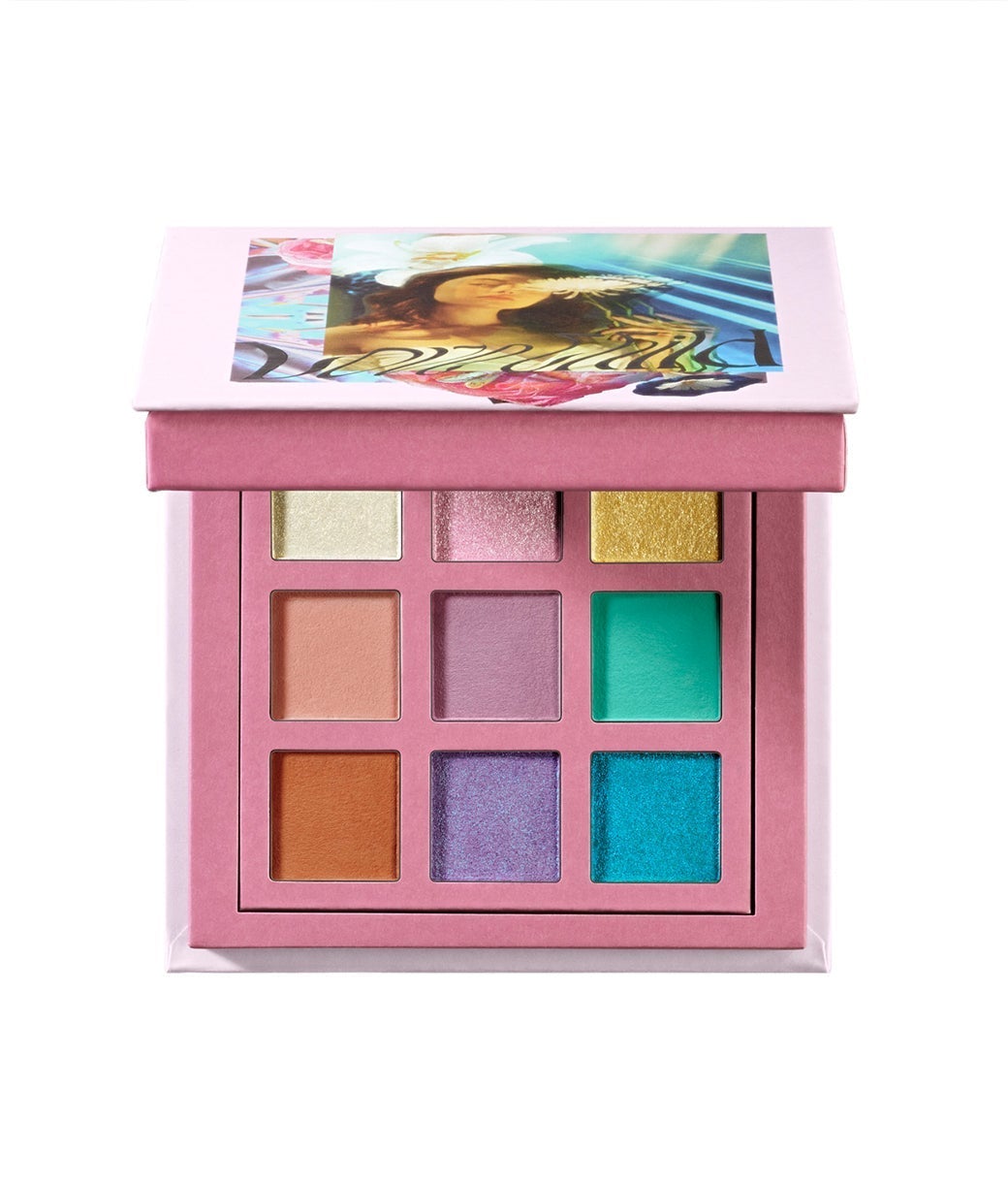 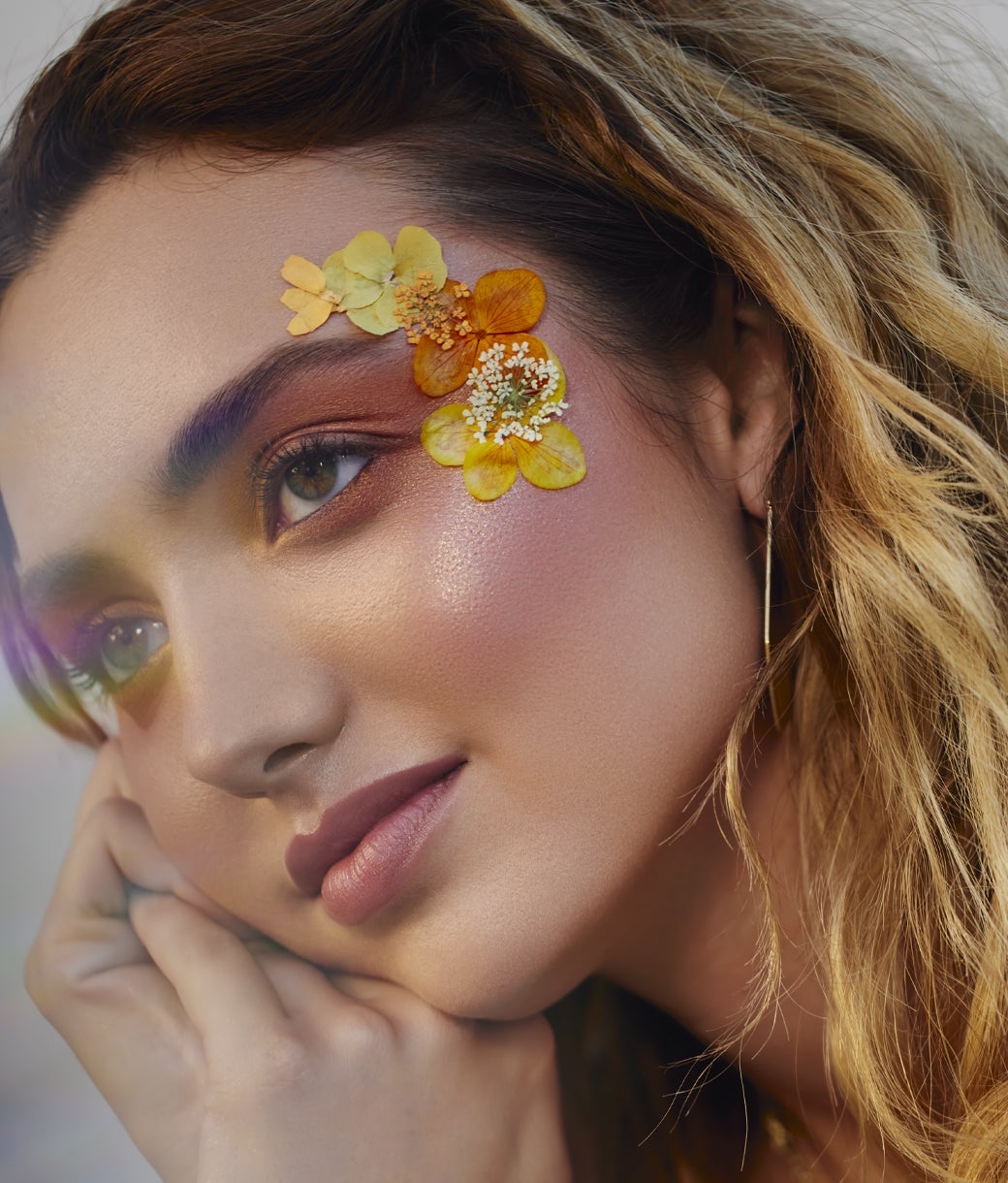 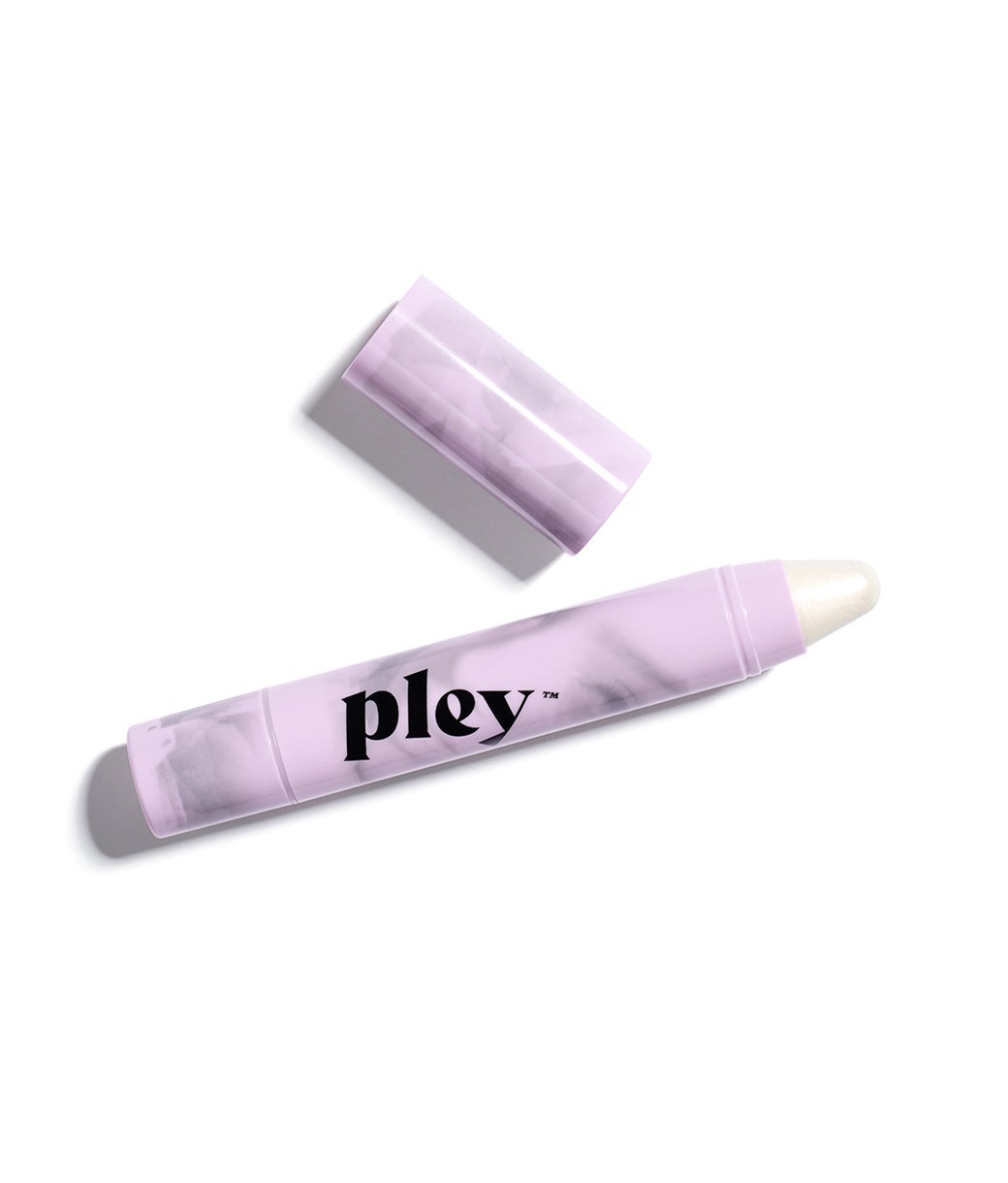 Pley Beauty
Pley Date
$18.00
Pley Beauty
At Refinery29, we’re here to help you navigate this overwhelming world of stuff. All of our market picks are independently selected and curated by the editorial team. If you buy something we link to on our site, Refinery29 may earn commission.
Celebrity Beauty
R.E.M. Enters A “Fun, New Chapter” At Ulta Beauty
I’m in a Zoom hold, waiting for the meeting host — Ariana Grande‘s PR team — to let me in to a Zoom room with the talent herself. Once I he
by Megan Decker
Celebrity Beauty
Tefi Talks Liquid Nose Jobs & “Jellyfishing” Her Way ...
My favorite thing about Tefi, or Estefanía Vanegas Pessoa, is that she’s not trying to please anyone. Not her Colombian mother. Not her bosses at In
by Megan Decker
Beauty
A Minute-By-Minute Breakdown Of Drag Transformation
Miss Fame, or Kurtis Dam-Mikkelsen, is a gender non-conforming drag and makeup artist, model, and one of the biggest names in fashion and beauty. Previousl
by Amanda Mitchell
Advertisement
Celebrity Beauty
Angus Cloud Smells Like A Cocktail Party
Last week, a five minute meeting looming on my Google Calendar felt really big. Because of the short window of time on the reminder, the blue bubble was te
by Megan Decker
Beauty
Busy Philipps Embraces A Grunge Look & $35 Retinol
Busy Philipps‘s performance as Kim Kelly on Freaks and Geeks defined, for an entire generation, the trope of the ride-or-die best friend. In the late
by Amanda Mitchell
Unbothered
We Tried It: Unbothered Reviews Marsai Martin’s Press-On Nails
by Venesa Coger
Beauty
Claws Was Always A Show About Beauty And Vengeance
On its face, Claws has always been a show that a viewer could enjoy on mute. It’s a campy, noir ensemble show that never strayed away from being Too Much
by Amanda Mitchell
Celebrity Beauty
Rihanna’s Pregnancy Beauty Routine Is Surprisingly Simple
When you hear people talking about those women who can do it all, I’m fairly certain they’re all actually referring to Rihanna. The 33-year-old
by Sara Tan
Beauty
I’m A Country Musician & These Are All The Products I Use I...
Country music singer Yola Carter explained that a Beauty Diary for a touring artist can be a bit of a daunting task, given that she spends a lot of her tim
by Amanda Mitchell
Beauty
Megan Rapinoe Can’t Wait To Go Gray & Chat NFTs
When I say Megan Rapinoe is everything, I mean it. The soccer star and two-time World Cup Champion for the U.S. Women’s National Soccer team blessed
by Amanda Mitchell
Beauty
Peyton List On Wearing Makeup As “A Social Experiment”
Makeup plays an integral part in many young people’s lives, especially when it comes to developing their sense of self. Some people like to wear a lo
by Megan Decker
Celebrity Beauty
I Tried Julia Fox’s Graphic Eyeliner & Everyone Had Something To Say
When I showed my boyfriend a picture of the makeup look I was going to recreate this week, his response was blunt but warranted: “WTF.” You s
by Jacqueline Kilikita
Advertisement
Advertisement
Discover
R29 Stories & News
Watch
R29 Original Series & Films
Shop
R29's Most Wanted