Skip navigation!
Story from Style
A decade ago, I wouldn’t have been caught dead in a pair of skin-tight bike shorts. Yoga pants, though, now that was a silhouette I could rally behind. Fitted at the top, loose at the bottom — they were the perfect combination of flattering and comfortable. I wore them daily, one leg tucked into my salt-stained UGG boots, the other falling casually over the boot’s rounded toe. Somewhere along the way, I, like many others, filed my yoga pants away with the rest of the ‘00s trends I once sported. In their place rose bike shorts à la Kim Kardashian, which, until recently, had reigned supreme in the athleisure realm. But, according to a particularly influential member of Gen Z, Emma Chamberlain, yoga pants are on their way to becoming the “new bike shorts.”
Advertisement

“If you style yoga pants the right way, they kind of remind me of the photos of Lady Diana when she’s wearing bike shorts with a sweatshirt and a baseball cap,” Chamberlain told Refinery29 in February. “So I was like, I kind of want to do that, but with yoga pants because I like yoga pants.” Chamberlain made a case for the style on her Instagram by pairing the bottoms with a cropped turtleneck, chunky sneakers, and very tiny sunglasses, another popular trend from the bike shorts era.

On TikTok, the crowd is divided — between, as you could have guessed from the recent skinny jeans debate, Millennials and Gen Z. Under-25-year-olds are posting how-to-style videos, pairing yoga pants with cropped puffers, crewnecks, leather blazers, and chunky boots. Gen Zer Kate Bartlett recreated Chamberlain’s look almost exactly, posting a video of her version with the caption: “Emma Chamberlain decided flared yoga pants were back so now flared yoga pants are back.” Users like Kallie House are a bit more skeptical of the trend: “Yoga pants cannot come back. I’m speaking as a millennial girl — or, I think, a few millennial girls — we can’t be tucking these back into UGG boots.” But, like it or not, the second wave of yoga pants appears to be here, with the style appearing all over the platform. Should we then be packing up our bike shorts and digging out the foldover Hard Tail yoga pants we bought back in the day from storage in preparation? All signs point to yes.
Advertisement
If the last year taught us anything, it’s that trends from the ‘00s are having a moment, be they belly chains a la Paris Hilton or visible G-strings, so it was only a matter of time before the flared alternative to leggings came back in fashion. But now, with Gen Z’s own fashion queen giving yoga pants her stamp of approval, we can say with certainty that yoga pants are, like, totally in.
Shop 2021’s yoga pant offerings, below.
shop 8 products 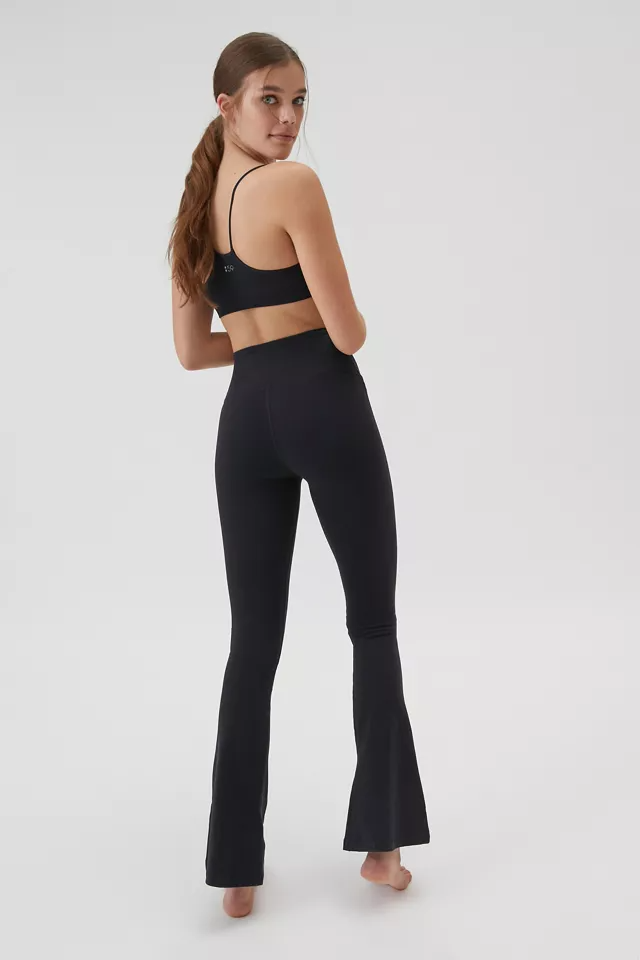 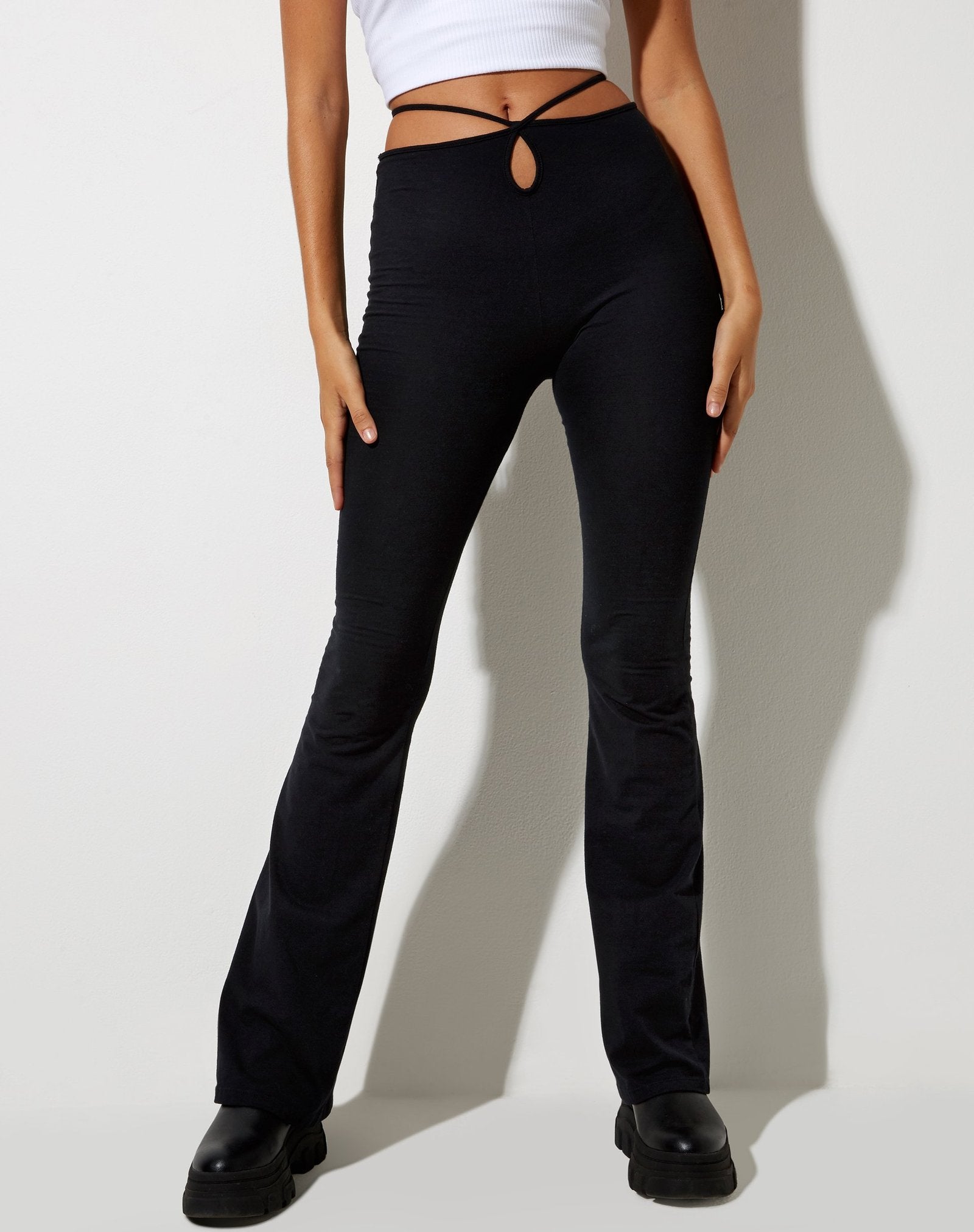 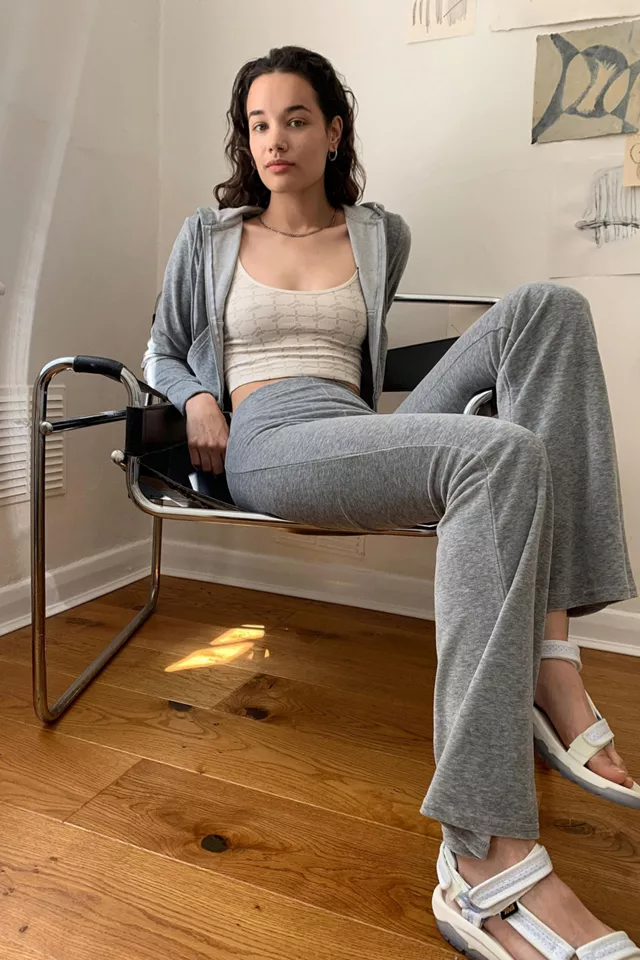 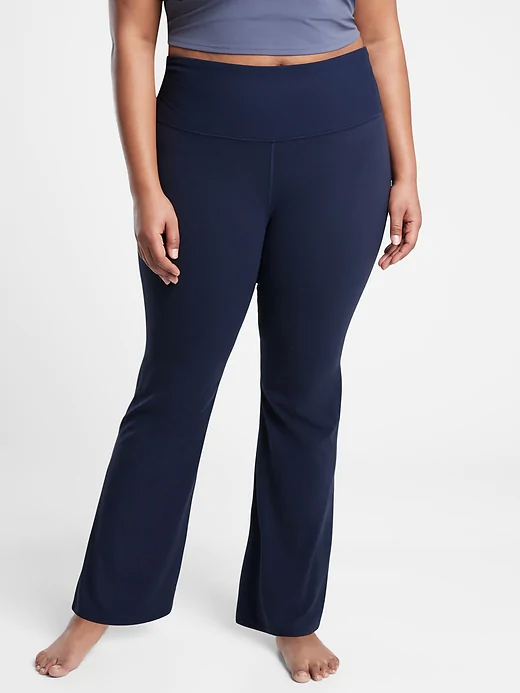 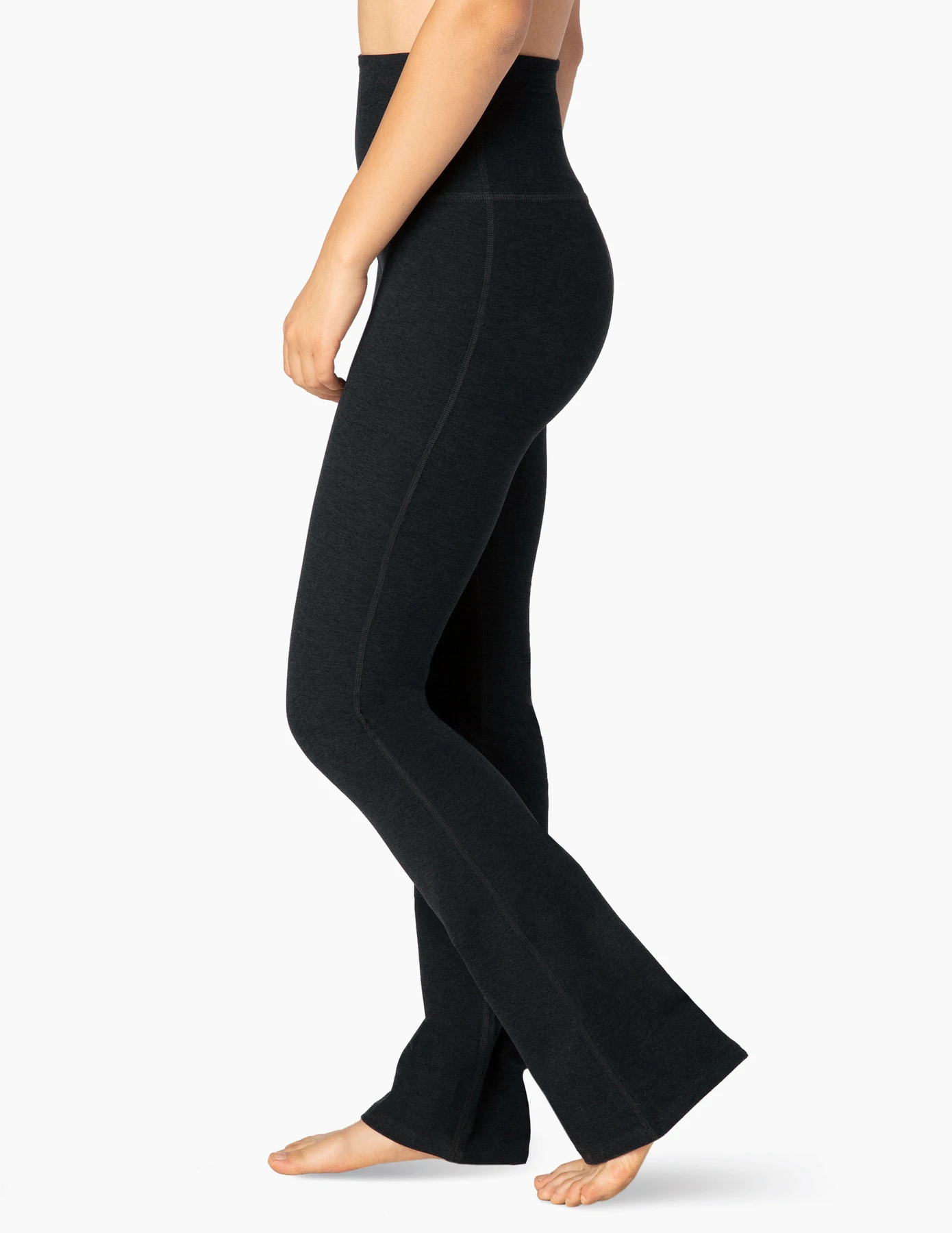 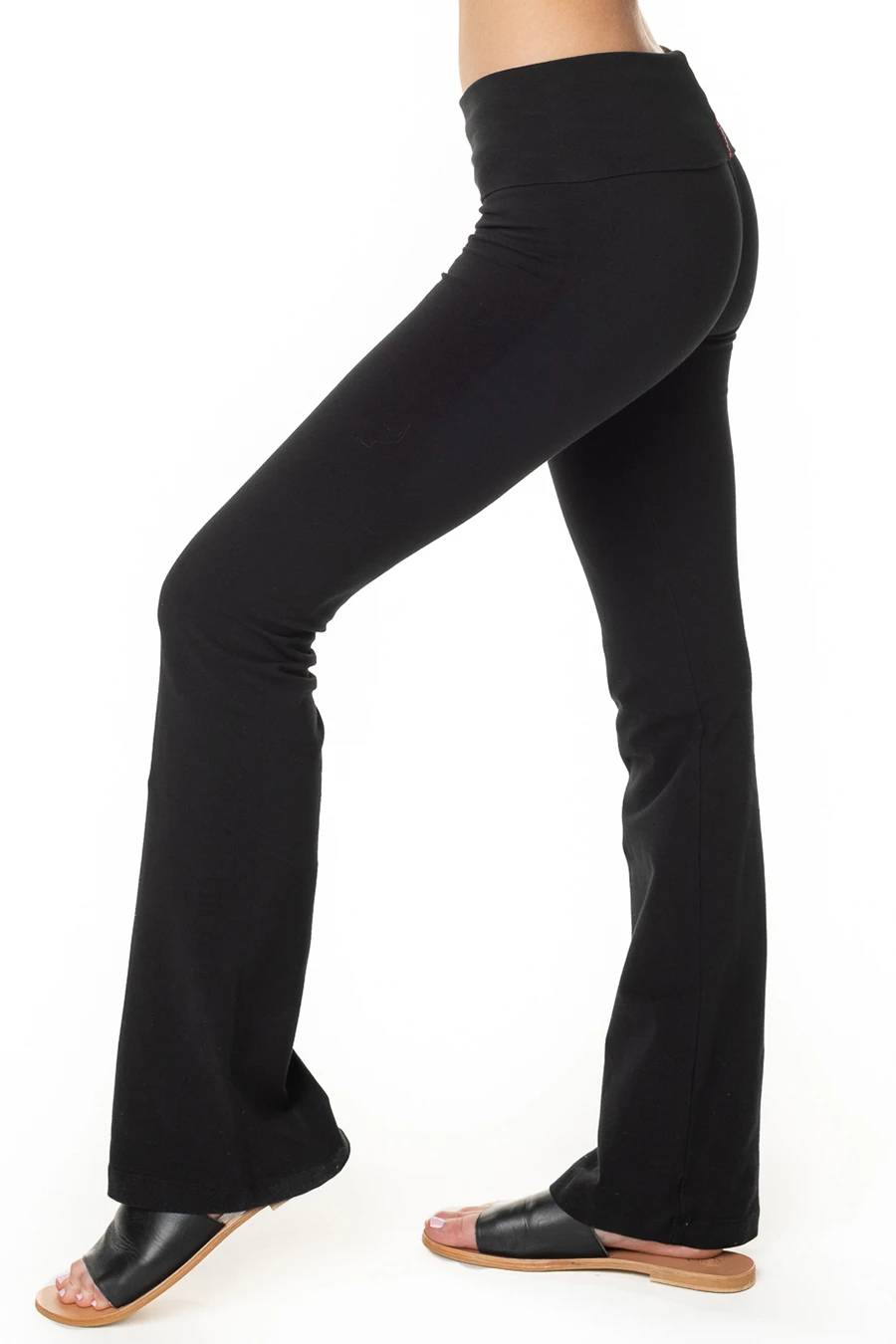 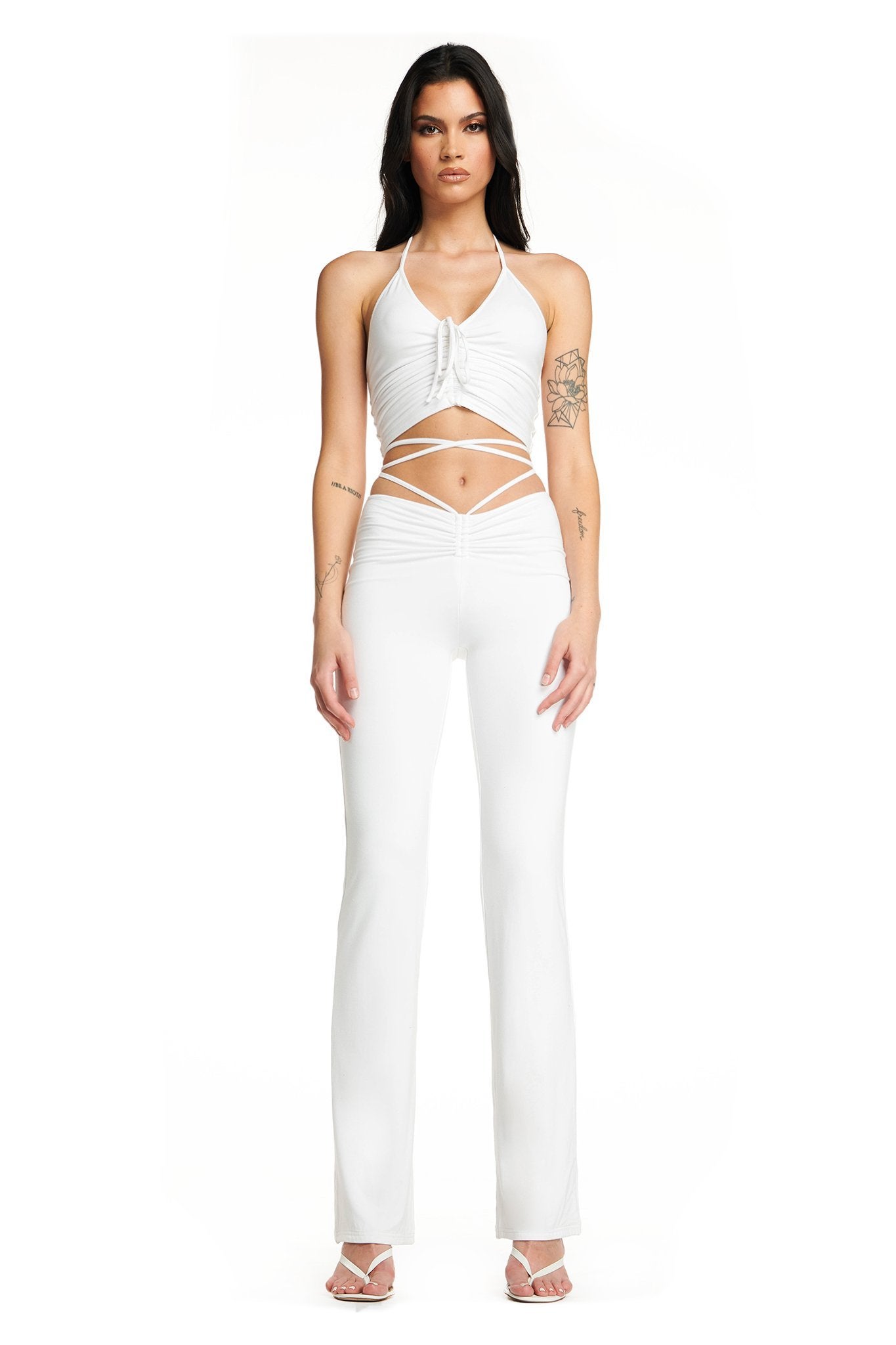 I Am Gia
Halo Pant
$70.00
I Am Gia
At Refinery29, we’re here to help you navigate this overwhelming world of stuff. All of our market picks are independently selected and curated by the editorial team. If you buy something we link to on our site, Refinery29 may earn commission.
Fashion
These Will Be The Biggest Fashion Trends Of 2022 — Shop Them Now
by Laura Lajiness Ka...
Shopping
A Clog-Shopping Guide: The Good, The Rad & The Fugly
by Emily Ruane
Engagement Rings
7 Engagement Ring Trends That Will Be Big In 2022, According to E...
Pairing the notion of a fashion trend with something as long-lasting as an engagement ring can seem counterintuitive — the latter is equated with timeles
by Nicole Kliest
Advertisement
Fashion
Logomania 2.0 Is One Of 2021’s Defining Trends
Earlier this year, Gucci and Balenciaga “hacked” each other’s collections in an attempt to push beyond the boundaries of conventional brand collabora
by Frances Solá-Sant...
Fashion
It’s Party Shoe Season: What Makes A Festive Pair?
Whether you’re making an entrance at a glitzy holiday soirée or dressing up at home just because, the ability to safely toast the season is reason enoug
by Jenn Barthole
Fashion
Move Over Sequin Dress, This Holiday Season It’s All About The Pa...
To most, the December soundtrack of yuletide tunes and jingle bells signals the fast-approaching, snow-dusted end to yet another year. But to anyone who lo
by Amanda Randone
Fashion
Slope Style Is The New Street Style: Why Après Ski Is Trending Th...
Last year, when the first House of Gucci cast photo — featuring Adam Driver and Lady Gaga in ‘80s-style winter outfits — emerged online, it forecaste
by Frances Solá-Sant...
Denim
Welcome Balloon Pants: The Denim Trend That’ll Convince You...
It’s been a difficult year for skinny jeans lovers. In February, TikTok, Gen Z’s go-to platform, declared the It denim trend of the ‘00s “uncool”
by Frances Solá-Sant...
Fashion
From Footpath To Front Row: Why The Hiking Boot Will Be Winter’s ...
After a year-long blur of evolving restrictions coated in copious amounts of hand sanitizer and doom scrolling, one of our main takeaways from 2021 is that
by Amanda Randone
Designers
The ‘90s Skirt Suit Is Back & It’s Shorter Than You Remember
Since first entering the fashion lexicon in the 1920s, thanks to Chanel, the skirt suit underwent little change over the years. In fact, it wasn’t until
by Frances Solá-Sant...
Unbothered
6 Fashion Pieces R29Unbothered Is Loving This Fall
by Venesa Coger
Most Wanted
25 Trench Coats That Prove There Are Many Ways To Rock The Trend
by Alejandra Salazar
Advertisement
Advertisement
Discover
R29 Stories & News
Watch
R29 Original Series & Films
Shop
R29's Most Wanted