Skip navigation!
Story from Fashion
Photo: Courtesy of Amazon Studios.
Believe it or not, Jonny Cota just had the best day of his life. Like most of us, he spent it in sweatpants, and like all of us, he was stuck indoors. But after months of keeping the launch of his namesake label — and the $1 million investment that made it all possible — to himself, setting that secret free last Friday was a welcome moment of positivity to brighten up an otherwise dark period for both the fashion industry and the world.

"The last couple of months have been some of the most insane months of my life," Cota tells Refinery29 of winning Making The Cut, the televised competition on Amazon Prime Video that was co-created and co-hosted by Project Runway alumni Heidi Klum and Tim Gunn. The seasoned pair pushed 12 established designers to their creative limits in search of the next global fashion brand — an honor that now belongs to Cota, and one that he wears, unsurprisingly, incredibly well. "It's taken six months of blood, sweat, and tears to get ready for this debut and it's been thrilling and exhausting and life-changing."

Cota is the self-taught owner of his own streetwear brand Skingraft, a family-operated business that had already been producing two annual men’s and women’s ready-to-wear collections before Making The Cut further solidified the label's fashion clout. The designer is no stranger to the runways of New York Fashion Week and counts Nicki Minaj and Beyoncé among the roster of A-list clients that have worn his brand. By entering Klum and Gunn's rigorous competition, Cota hoped for greater exposure as an emerging talent in the industry. By winning, he's gained an international platform bigger than anything he could've dreamt up from his L.A. studio less than a year ago.

"I'm excited to take my aesthetic, my sustainable business goals, and my way of doing things, and to marry it with the awesome global reach of Amazon. I don't feel like I'm losing myself in any capacity, I feel like I'm getting this huge opportunity to launch myself to the world," Cota explains.
Advertisement
In addition to the funding for his namesake label, Jonny Cota Studio, the designer also won a year-long mentorship with the Amazon Fashion team. That opportunity has entailed consistent and detailed feedback on everything from larger-scale digital marketing initiatives for his new collection to the more granular tasks of product descriptions which, he's learned, are equally as important when in the digital realm of retail. The show may have ushered Cota out of the comfort zone he describes as his signature leather silhouette of 15 years — "For [a judge like] Naomi Campbell to look at me and say 'Jonny, I am unimpressed, you can do more,' well, I knew I better fucking do more. It's Naomi Campbell!" — but it's the coaching he's received since bringing home that first-place prize which has really helped Cota take his brand to the next level.

"I’ve always taken pride in being a very exclusive brand, but right away Amazon inspired me to be an inclusive brand instead," Cota explains. "I was pushed to broaden my size range right away — three more sizes, options for both genders. I was pushed to describe my products in really clear detail and shoot clear, beautiful pictures so customers feel confident buying things online."
Photo: Courtesy of Amazon Studios.
By effectively learning to harness the power of the internet as a tool for growth, Cota ended up selling out his first collection within hours of its launch when his win was announced. Global health crisis aside, his hard work was met with tremendous success. And considering this is just the beginning for Cota, his inspiring story is one that feels really good to follow and celebrate these days. It's one that's filled with hopefulness and resilience both on and off screen.

"When I see myself on screen, I'm like yep, that's Jonny Cota! The good, the bad, the bitchy, the funny, the weak, the strong, it's all there for people to see and it's kind of awesome."
Advertisement
While Jonny Cota Studios grows to meet the demands of enthusiastic shoppers already waiting to stuff their cyber carts with replenished stock, the family keeping it all together behind-the-scenes is at the root of this blossoming label. With his brother as his business partner, his sister-in-law handling digital strategy, and his husband working on pop-ups for the brand, Cota's greatest source of support has and always will be his passionate collective of loved ones. "It really takes a village," he says, "and I'm so grateful that my village is my family."

Check out some of our top picks from Cota's exclusive Amazon collection below, which ranges in price from $40-$365 and in size from XS-XXL. To watch his full journey on Making The Cut, try Prime's 30-day free trial here if you're not already a member.
shop 6 products 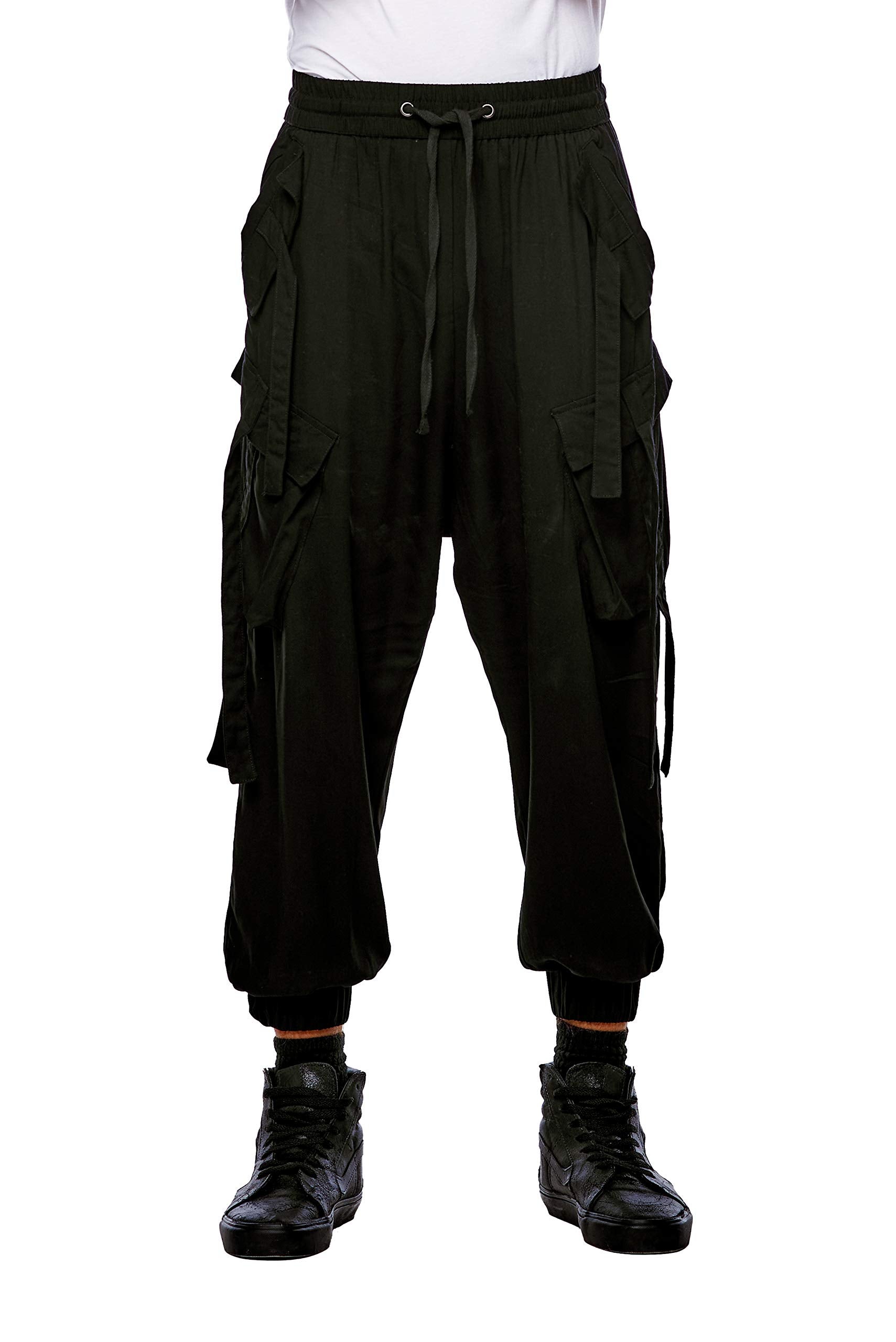 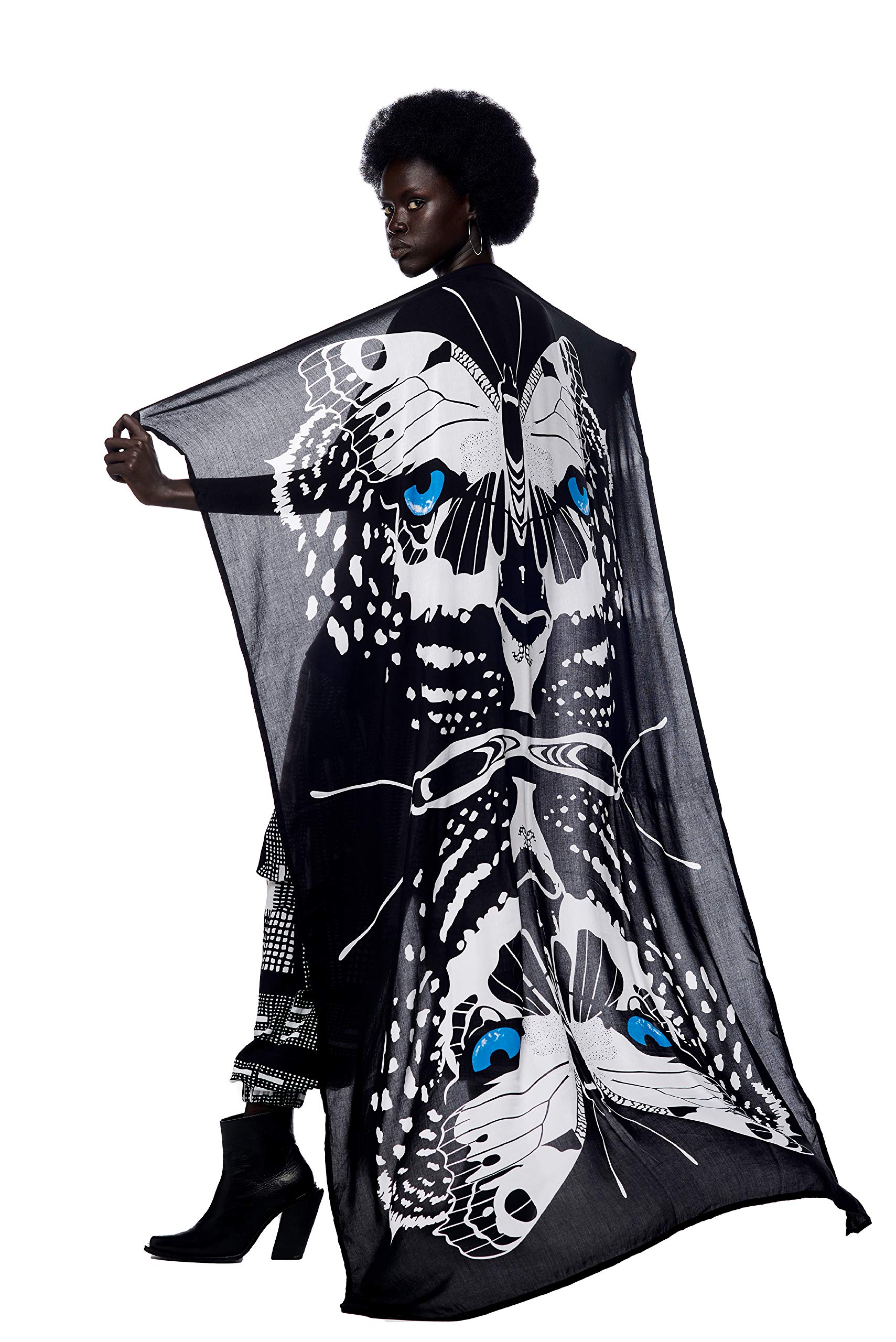 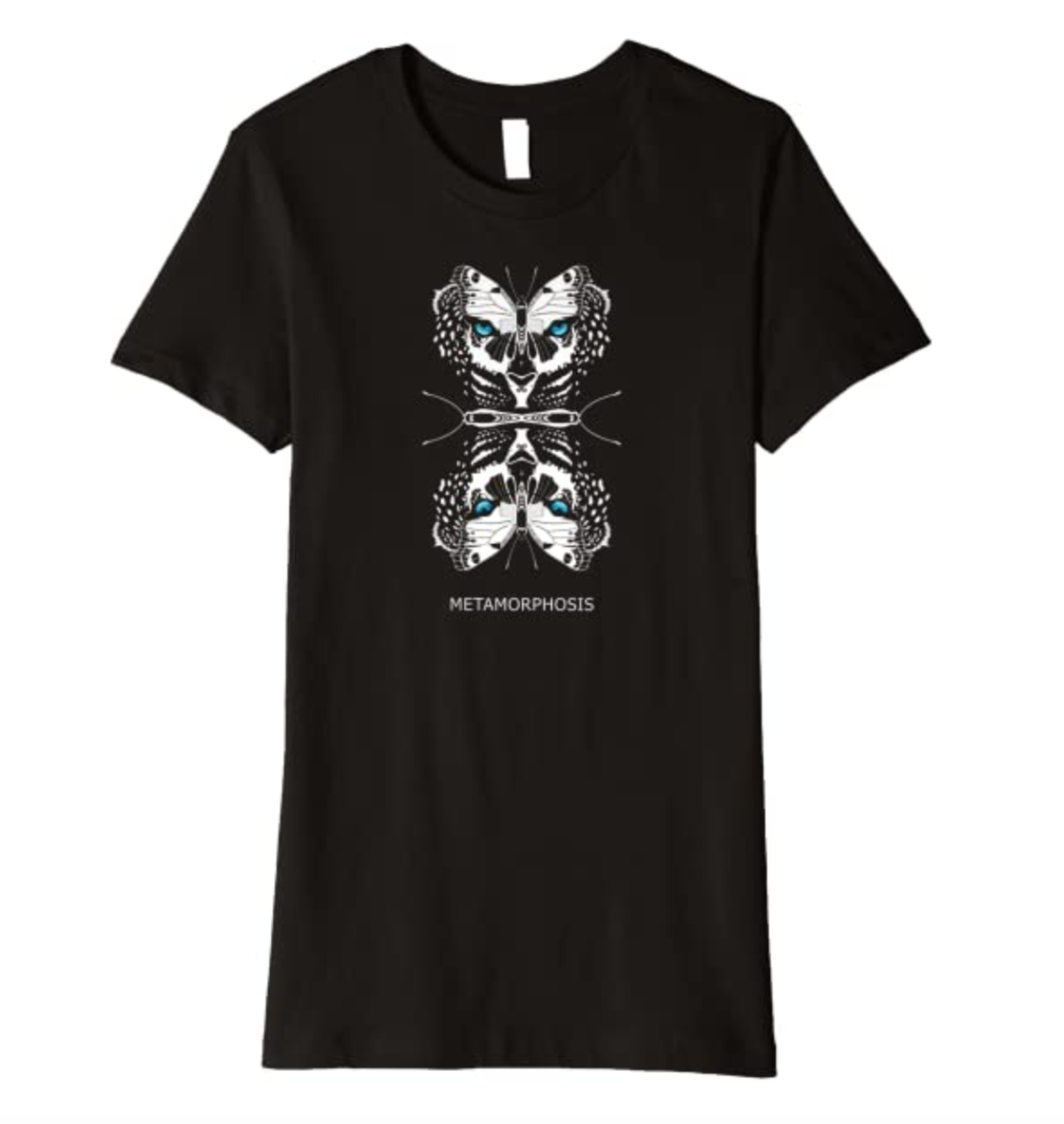 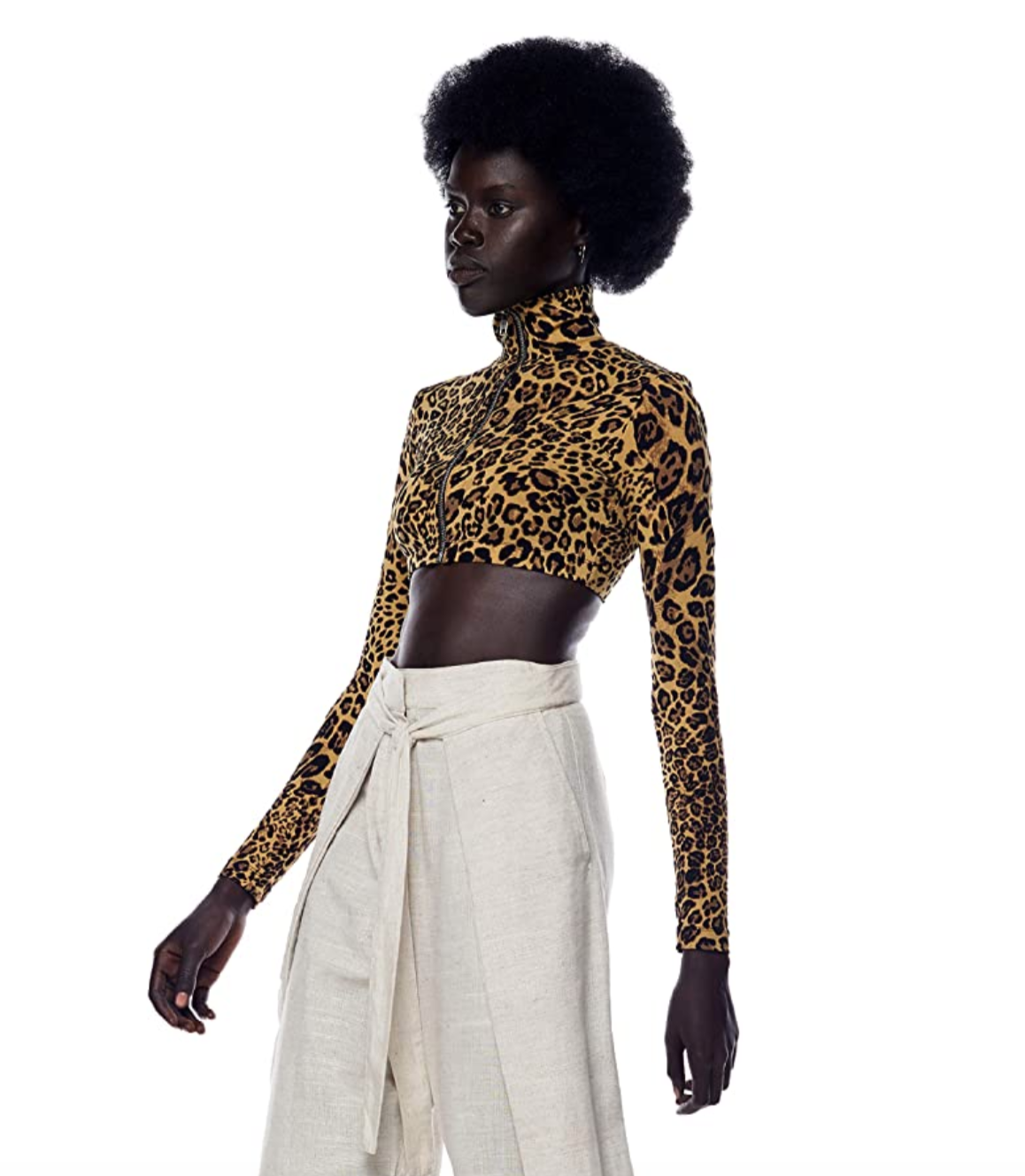 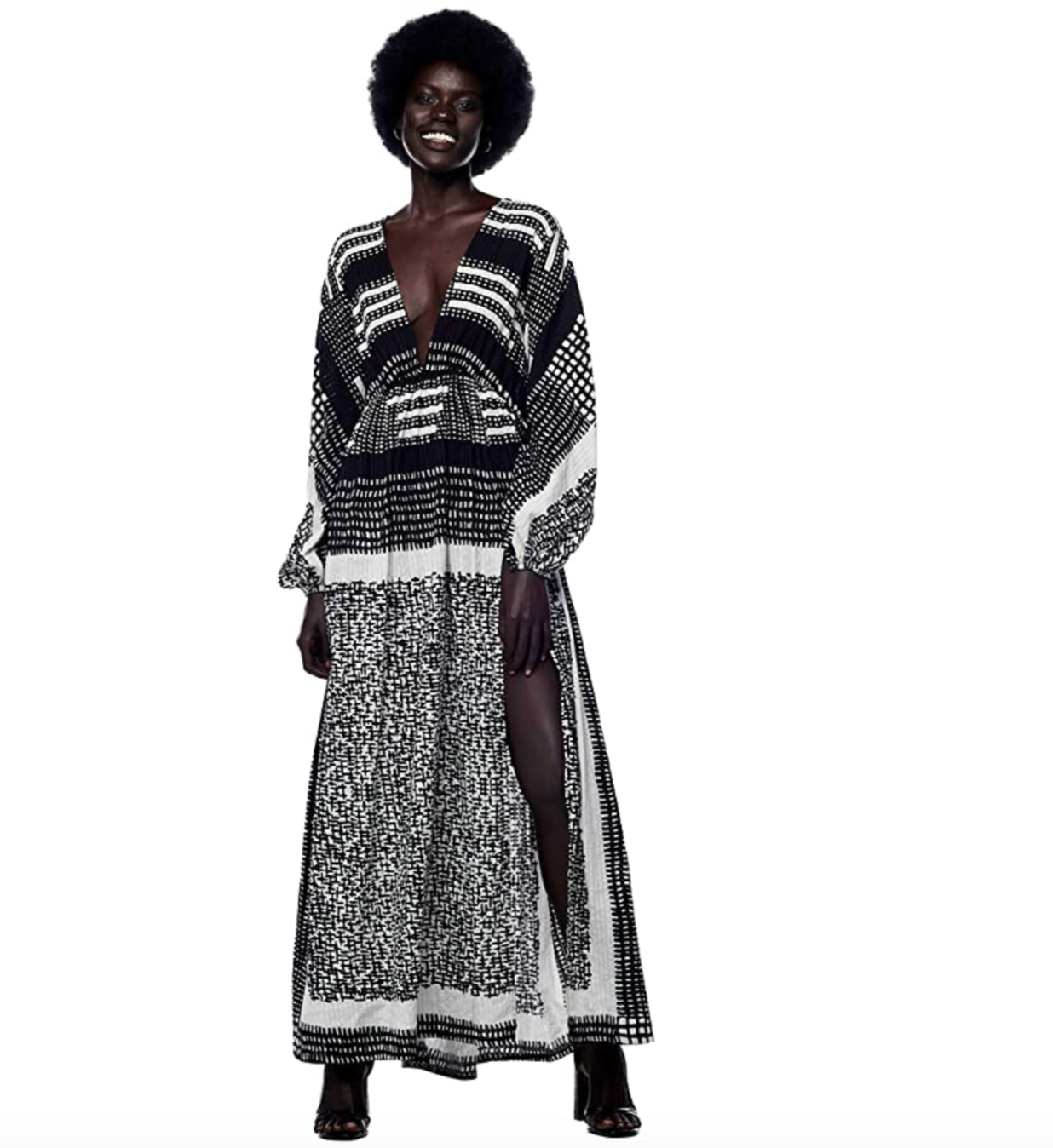 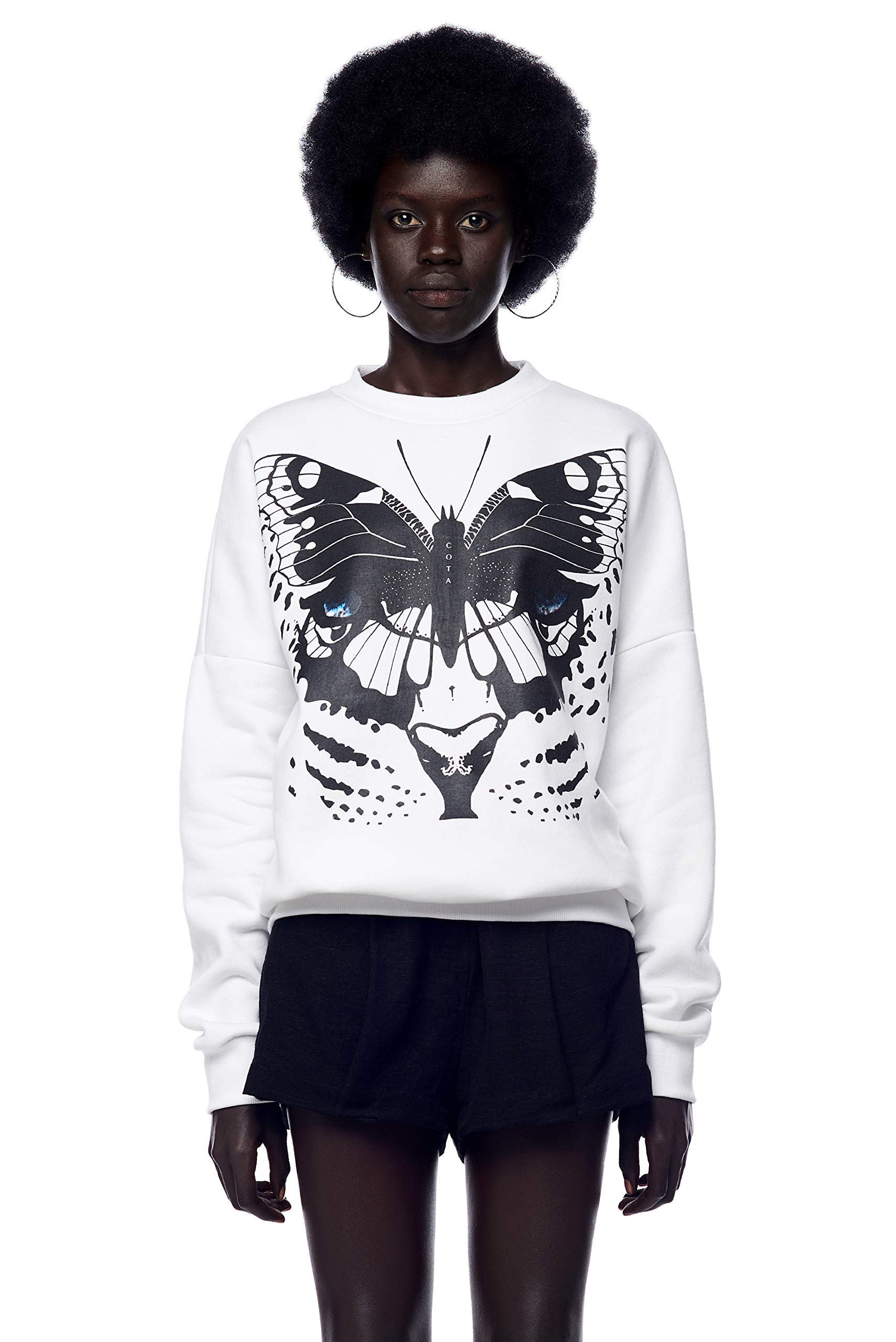 Jonny Cota Studio
Leopard Wings Print Sweatshirt
$65.00
Amazon Fashion
At Refinery29, we’re here to help you navigate this overwhelming world of stuff. All of our market picks are independently selected and curated by the editorial team. All product details reflect the price and availability at the time of publication. If you buy something we link to on our site, Refinery29 may earn commission.
Gifts For Mom
30 Holiday Gifts Made To Please Your Difficult Mom
by Emily Ruane
Somos Latinx
From Serums to Statement Earrings, Here Are 20 Stylish Gifts From...
¡La Navidad está a la vuelta de la esquina! And what makes a latine holiday season feel quintessentially latine other than the limitless festive foods an
by Mercedes Viera
Most Wanted
What A Brand-New Mom Wants For Herself (Because Her Baby Has Enou...
by Emily Ruane
Advertisement
Gift Guides
Everlane’s A Hotbed Of Very Cool & Affordable Holiday Gifts
If your love language isn’t gift-giving, the holiday season can be tricky to navigate. While some spend an entire year ruminating on the best way to
by Amanda Randone
Target Collaborations
Target’s Lego Collaboration Is What Technicolor Dreams Are Made Of
Big-box retailer Target has a long history of high-low designer collaborations that offer fashion-forward product mashups at reasonable retail prices. In t
by Chichi Offor
Gift Guides
We Found 15 Perfect Gifts On Super-Sale At Nordstrom
by Mercedes Viera
Skin Care
What To Stock Up On During A Rare Aesop Sale
Few skin-care brands inspire the ardor that surrounds the extra-fancy beauty imprint Aesop. Founded in 1987 as a hair salon, the business has grown to incl
by Emily Ruane
Style
31 Bright Ideas For Gifting Your Best Friend
by Chichi Offor
Fashion
23 Luxe Gifts For The Favorite People On Your List
by Irina Grechko
Most Wanted
Universal Standard’s $98 Cashmere Sweater Is The Perfect Gi...
Fashion brand Universal Standard is back at it again, creating highly coveted, ultra size-inclusive closet staples that we cannot seem to get enough of. Th
by Chichi Offor
Engagement Rings
An Exclusive Discount On Ethical Gender-Neutral Rings
When HOLDEN — a direct-to-consumer wedding ring company — was launched in 2018, cofounders Andrew Lim and Simon Zhang were already frustrated by the ri
by Jinnie Lee
Gift Guides
These Under-$50 Gifts Will Hit The Sweet Spot
by Emily Ruane
Advertisement
Advertisement
Discover
R29 Stories & News
Watch
R29 Original Series & Films
Shop
R29's Most Wanted