Skip navigation!
Story from Shopping
During the Jazz Age, Kiki de Montparnasse was the alter ego of an artist and cabaret performer named Alice Prin, a muse to artists like Man Ray and Albert Modigliani during the 1920s and ’30s. (The former famously stylized her nude back after a violin in Le Violon D’Ingres, one of his most well-known photos.) Almost a century later, we know Kiki de Montparnasse as a lingerie company that, for the past 15 years, has been synonymous with a certain type of undergarment — lacy, a little dangerous, and fully empowering.
Advertisement
It makes sense, then; that Kiki (our lazy American nickname for the French mouthful) has teamed up with modern-day muse Caroline Vreeland on a capsule collection of undies, which launched yesterday exclusively on the luxury retail platform Farfetch. The mini-assortment consists of two underwear-drawer staples — a thong and a sheer bloomer — adorned with miniature insignias emblematic of Vreeland’s indulgent, bohemian lifestyle: red wine, pasta, lipstick, and cleavage. 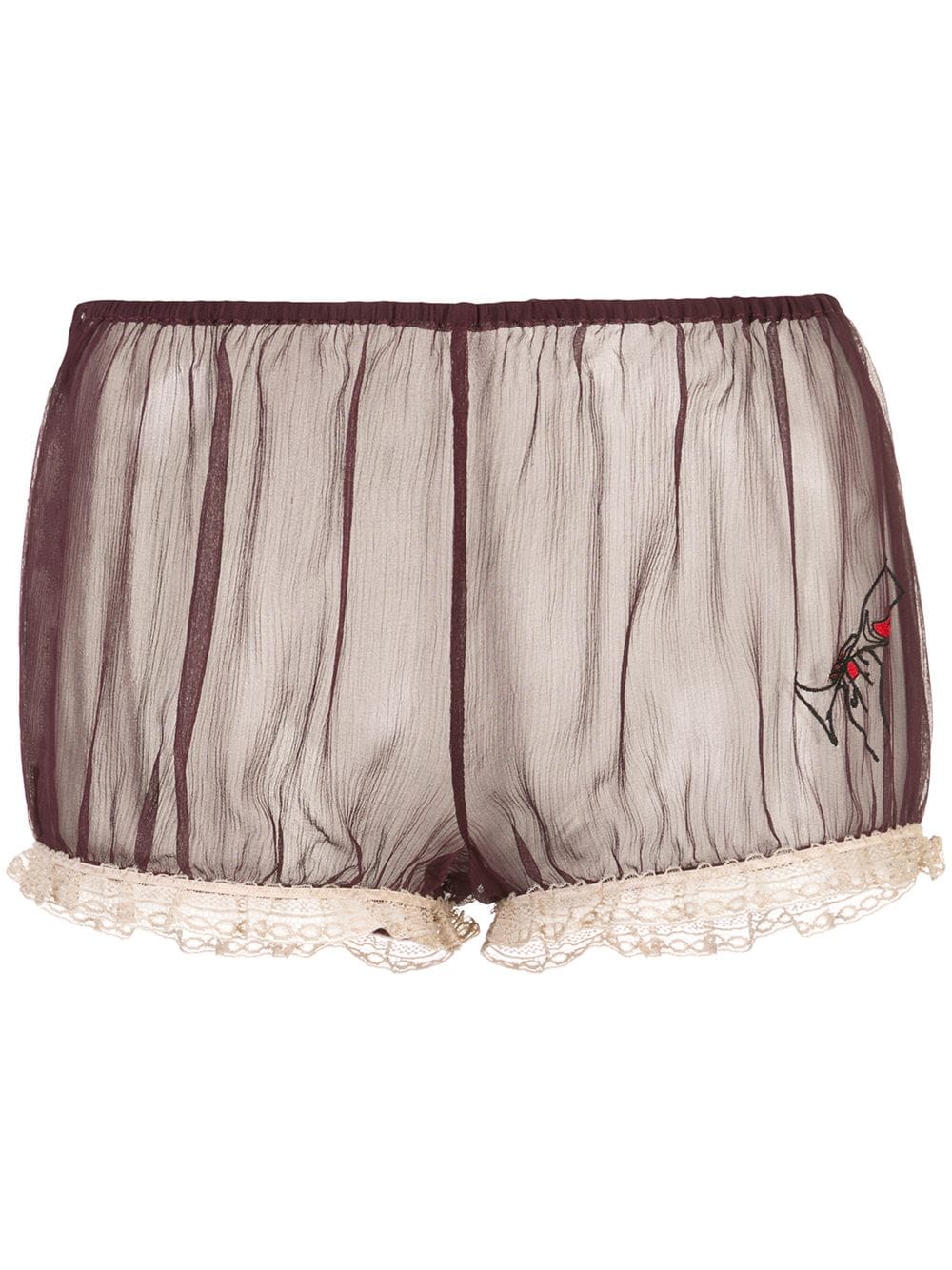 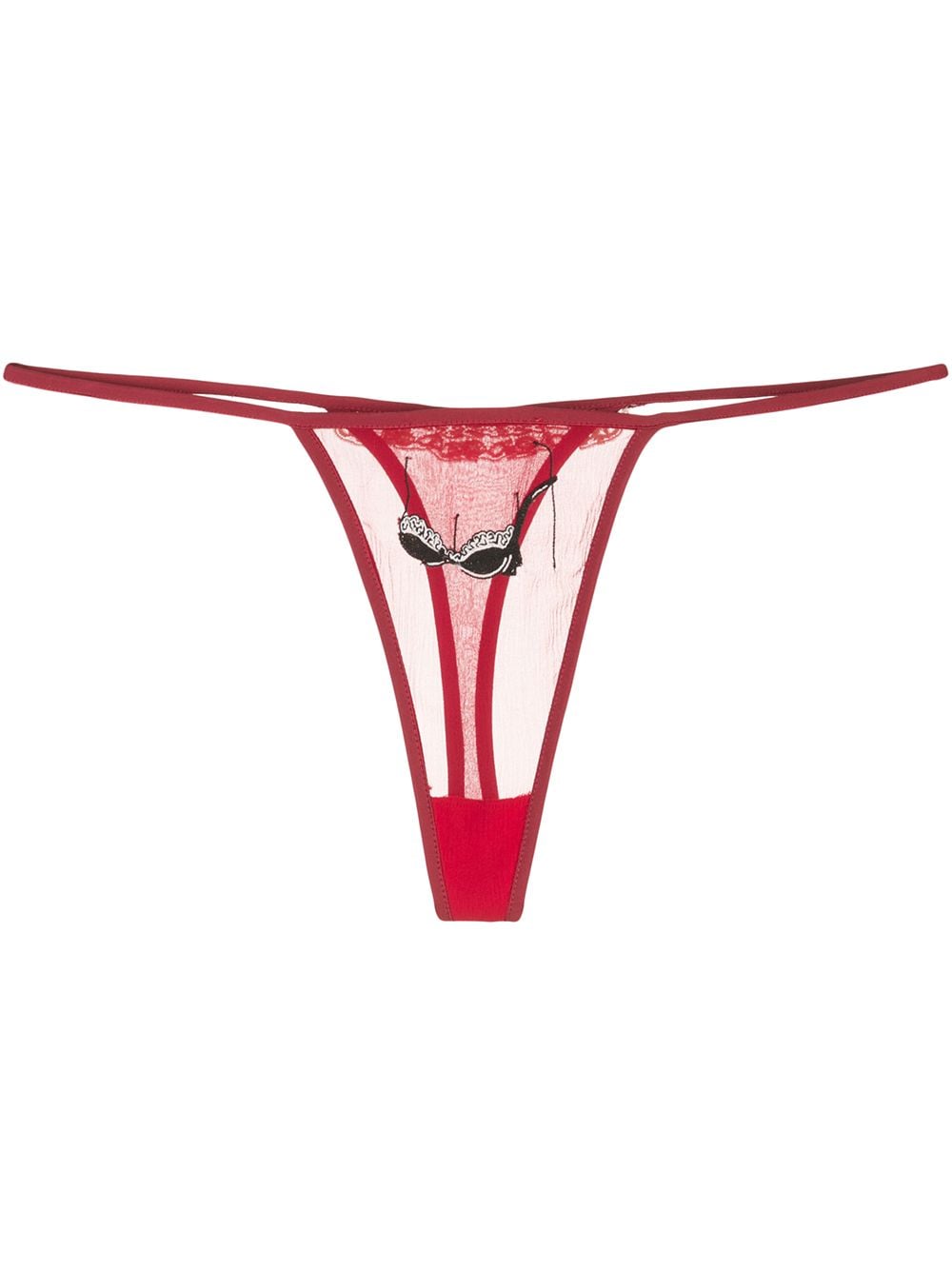 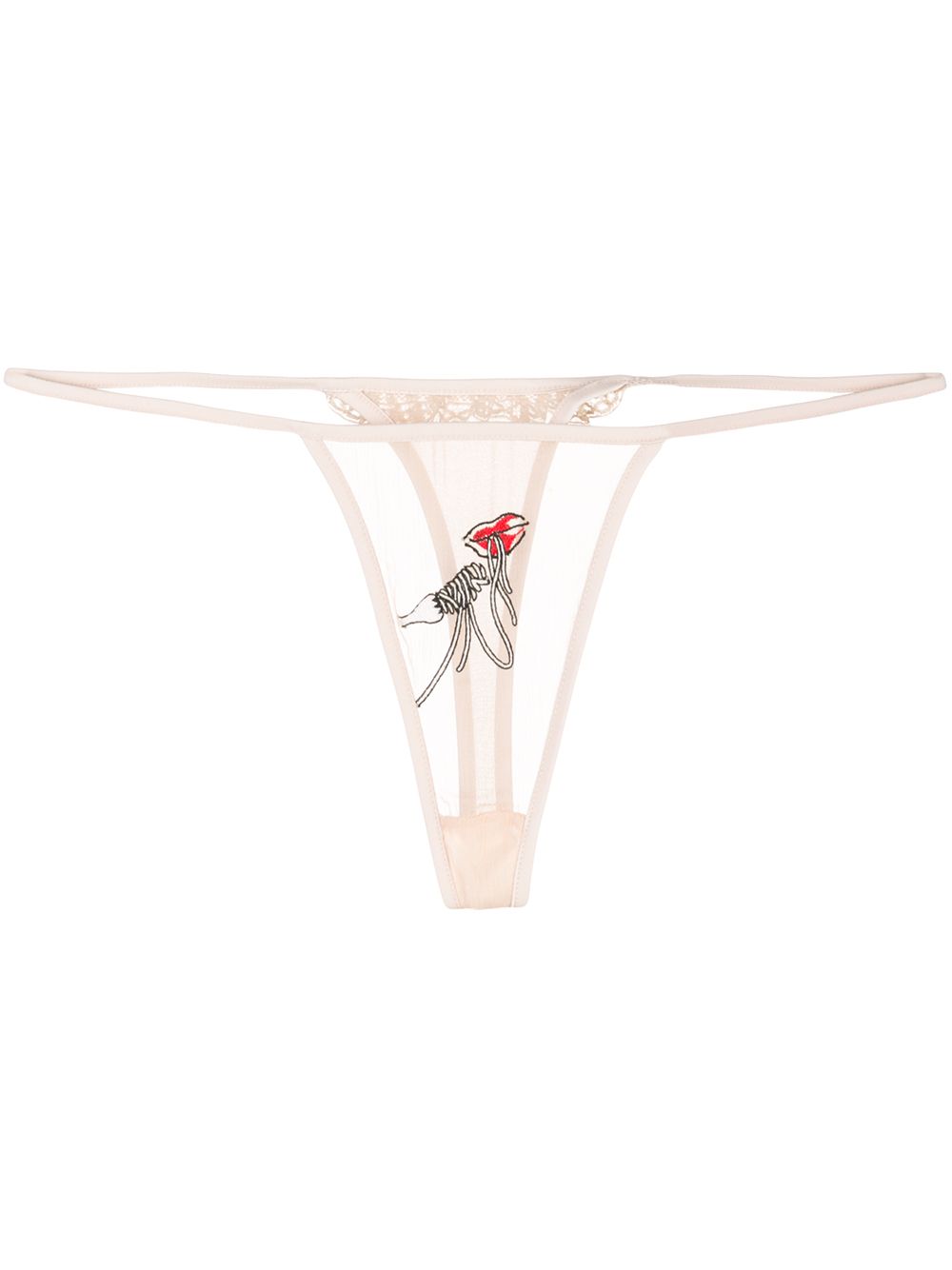 Kiki de Montparnasse
X Caroline Vreeland Pasta Motif Thong
$55.00
Farfetch
A multi-hyphenate artist herself, the model-actress-singer-influencer has built a brand around unapologetic sexuality, self-acceptance and an enjoyment of foods that are traditionally avoided by the health-conscious among us. “In this underwear,” says Caroline, “I want [a woman] to feel like she has a sexy secret with herself — it always puts a bounce in my step when I know I have chic lingerie under my clothes.” One pair in particular speaks to the challenges of accepting her body in its natural state: “I am most proud of the busty boobs [motif] because I was able to turn something that I was insecure about into a celebrated part of who I am.”
At Refinery29, we’re here to help you navigate this overwhelming world of stuff. All of our market picks are independently selected and curated by the editorial team. If you buy something we link to on our site, Refinery29 may earn commission.
Dresses
You Say Nap Dress, We Say Snack Dress — Let’s Call The Whole Thin...
by Avery Felman
Memorial Day
Fully Brace Yourself For Memorial Day’s Clothing Sales — Th...
by Emily Ruane
Talking Shop
The Classic-Quirky Handbag Brand Made For Day-To-Night Wear
In Refinery29’s Talking Shop series, we’re chatting with owners of up-and-coming small businesses about their experiences launching, the big ch
by Jinnie Lee
Advertisement
Deals
Celebrate Memorial Day Weekend With J. Crew’s Extra 50% Off...
by Mercedes Viera
Deals
The Best Memorial Day Sales You Definitely Don’t Want To Miss
The holiday weekend is finally here quite yet — which means a bundle of the best Memorial Day sales are available to shop around the internet. If you’r
by Alexandra Polk
Deals
Score This Insta-Famous Jenni Kayne Cardigan For 20% Off
MVP Super Sale Alert: Now through May 31, you can shop the Cashmere Cocoon Cardigan and everything else on Jenni Kayne’s site for 20% off with code M
by Jinnie Lee
Fashion
32 Matching Sweatsuits Worth Living In
Here are stylish sweatsuit sets so comfy you won’t want to change out of them.
by Truc Nguyen
Fashion
Girlfriend’s New Athleisure Collection Is Easy, Breezy, & S...
Girlfriend Collective’s wide range of size-inclusive activewear and lifestyle clothing has been a favorite of R29 for some time. If you are as obsessed w
by Chichi Offor
Memorial Day
Run, Don’t Walk: Select Outdoor Voices’ Bestsellers A...
Whether you’re training for your third marathon or are perfectly content with a light run around the block to pick up coffee, Outdoor Voices‘ r
by Karina Hoshikawa
Most Wanted
The Plus-Size-Friendly Memorial Day Sales Worth Shopping Now
by Chichi Offor
Most Wanted
20 Sturdy & Stylish Hiking Boots Online Shoppers Swear By
by Emily Ruane
Most Wanted
11 Good American Styles To Serve Body-ody-ody This Summer
I don’t know about you all, but this summer I’m ready to be out and about showing some skin. When I think of easy, sexy clothing, Good American immedia
by Chichi Offor
Advertisement
Advertisement
Discover
R29 Stories & News
Watch
R29 Original Series & Films
Shop
R29's Most Wanted