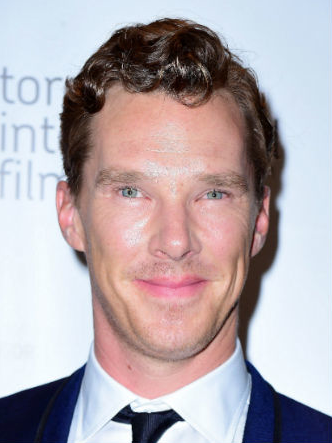 Photo: REX USA/Everett Collection.
Benedict Cumberbatch should really start pressing that tux. The 2014 Toronto International Film Festival officially wrapped up over the weekend, with the Alan Turing biopic, The Imitation Game — starring the dashing Brit — nabbing the People's Choice Award.
Past winners of the festival's coveted top prize, include American Beauty, The King's Speech, Slumdog Millionaire, and 12 Years a Slave, all of which went on to win the Oscar for Best Picture. That proven track record has made Toronto the official launchpad for Hollywood's awards season.
While The Imitation Game wasn't as unanimously loved as some of its predecessors, the film's victory at TIFF automatically makes it a frontrunner for the big award come March.
Advertisement
Over the course of the 10 day festival, many festivalgoers were overheard lamenting what was widely perceived as the festival's most anemic lineup in years. TIFF failed to "deliver the kind of knockout blow it did in years past, where festival audiences have walked out of films like Argo, The King’s Speech, Slumdog Millionaire, and 12 Years a Slave thinking they’d just seen the Oscar winner,” wrote The Wrap’s Steve Pond.
"The Oscar conversation here is not quite what it has been…. It seems like a quieter year.” IndieWire critic Eric Kohn added.
Part of the perceived lull might have have something to do with the fact that two of the fall's most anticipated films — David Fincher's Gone Girl and Paul Thomas Anderson's Inherent Vice — will have their world premieres at the upcoming New York Film Festival. Other buzzy titles like Christopher Nolan's Interstellar and Angelina Jolie's Unbroken, decided to skip the festival circuit altogether. 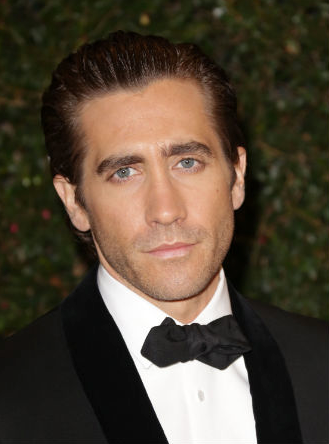 Photo: BEImages/Jim Smeal.
Of the films that had their world premieres in Toronto (The Imitation Game first showed at Telluride), only the Stephen Hawking biopic, The Theory of Everything, emerged as a true Best Picture contender. Eddie Redmayne's stunning portrayal of the renowned physicist will surely earn him an Oscar nod alongside fellow Brit Cumberbatch, and Steve Carell, whose twisted turn as the deranged millionaire John Du Pont in Foxcatcher will be talked about well into the winter.
Jake Gyllenhaal is another actor who's likely to be in the mix come Oscar time, after his completely unhinged performance as a creepy crime reporter in Nightcrawler became the talk of the festival. When people weren't buzzing about Jake, they were feting Bill Murray. Not only did the actor have an entire day dedicated in his honor, but some critics were calling Murray's wry performance as a curmudgeon-with-a-heart in St. Vincent his finest work since Lost in Translation. In any other year, Murray would be a lock for a nomination, but with the aforementioned performances, as well the expected Ben Affleck and Matthew McConaughey tour-de-forces still to come, Murray might find himself on the outside looking in.
Advertisement 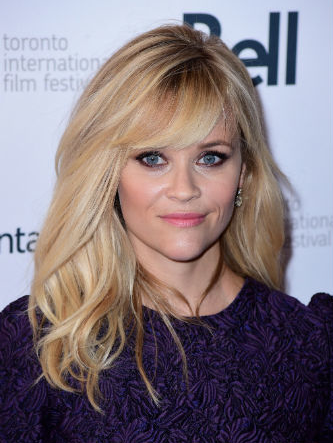 Photo: REX USA/Everett Collection.
On the women's side, look for Felicity Jones to join her costar Redmayne on the red carpet come Oscar night, for her performance as Hawking's devoted wife, Jane. Both actors earned a rapturous standing ovation when they took the stage after the film's premiere, solidifying their status as the breakout stars of the festival.
Another TIFF darling was a glowing Reese Witherspoon, who had not one, but two films in Toronto. Her performances in both The Good Lie and Wild were widely acclaimed, but it's her gutsy turn as a former heroin addict in the latter that is being called her best performance since she won the Oscar 10 years ago for Walk The Line. Witherspoon is all but a lock for her second nomination, and is the odds-on favorite to win, which would make the Reesnaissance (or the Reesurgence) complete.
But, Witherspoon wasn't the only rom-com queen who shed her skin in Toronto. Jennifer Aniston's riveting performance in Cake was praised for its raw emotion and bravery, as the actress went greasy-haired and makeup-free to play a psychologically broken woman. Some observers called it Aniston's Monster's Ball moment, referring to the film that earned a deglammed Halle Berry an Oscar. Though she leaves Toronto an Oscar dark horse, Aniston should gain steam when Cake is released in theaters.
Other actresses with an outside shot at a nomination include Juliette Binoche and Kristen Stewart for their work in in the psychodrama Clouds of Sils Maria, and Marion Cotillard, for her naturalistic turn as a woman recovering from depression in Two Days, One Night.
But, all of them will have to take a backseat to Julianne Moore, whose performance as a brilliant professor diagnosed with early-onset Alzheimer's in Still Alice, came out of nowhere, and left Toronto audiences reeling. The independently financed film headed into the festival with absolutely zero buzz, and left with a distribution deal courtesy of Sony Picture Classics. No doubt the studio will do everything it can to make sure Moore takes home a long overdue Oscar come March. If the accolades are to be believed, it won't be hard to convince Academy voters.
Let the race begin.
Gift Guides
May The 4th Be With You — & These 10 New Star Wars Collections
by Ray Lowe
Unbothered
Danai Gurira Reveals Black Panther: Wakanda Forever Is “...
Aside from its now-confirmed November 2022 release date, details about the highly-anticipated sequel to Marvel’s Black Panther have been kept largely und
by Kathleen Newman-B...
Unbothered
We Rewatched A Classic Black Rom-Com With Romance Queen Jasmine G...
Welcome to Love Like This?, a romance column where we, Kathleen Newman-Bremang and Ineye Komonibo, revisit some of the most romantic — or not, in hindsig
by Kathleen Newman-B...
Advertisement
Entertainment
11 Bollywood Movies You Need To Watch If You’re A Newbie
There are great films and then there are Bollywood films. The Indian movie industry is a titan in cinema that’s long and often been overlooked by Western
by Katherine Singh
Movies
In Everything Everywhere All At Once, Michelle Yeoh Find...
There’s a moment, fairly early into A24’s genre-bending film Everything Everywhere All At Once, when you realize just how meta the Michelle Yeoh-st
by Katherine Singh
Entertainment
Bend It Like Beckham Isn’t Perfect, But Jess Bhamra Is Sti...
Growing up playing little league and rep soccer, I consistently looked up to one soccer star. It wasn’t David Beckham, or Mia Hamm, or even Ronaldinho. M
by Katherine Singh
Entertainment
Moonshot’s Lana Condor Wants You To Choose Yourself
Spoilers ahead. In a time when billionaires and celebrities (*ahem* Pete Davidson) are obsessed with the future, blasting off into space and trying to forg
by Katherine Singh
Unbothered
Black-Owned KweliTV Is Bringing Authenticity & Access To Streaming
In the age of the streaming service, TV and film lovers are spoiled for choice. There are more than 200 different streamers currently available on the mark
by Ineye Komonibo
Movies
How I Finally Saw Myself In Turning Red, Pixar’s F...
Growing up, I got used to not seeing myself. In films, TV shows and music videos, the heroine – the girl all the guys wanted – always pivoted around th
by Maybelle Morgan
Unbothered
Jodie Turner-Smith Isn’t Done Talking About Colorism — Are You Re...
In the A24 film After Yang, Jodie Turner-Smith’s character Kyra rarely raises her voice. She’s all muted tones and measured timbre — even when she’
by Kathleen Newman-B...
Unbothered
Madea Is Forever — And There’s Nothing We Can Do About It
After 20 years of donning her signature silvery wig and bodysuit for various films and plays, filmmaker Tyler Perry put the famous character Madea “Madea
by Ineye Komonibo
Unbothered
Actually, Poetic Justice Isn’t All That Romantic — B...
Welcome to Love Like This?, a romance column where we, Kathleen Newman-Bremang and Ineye Komonibo, revisit some of the most romantic — or not, in hindsig
by Kathleen Newman-B...
Advertisement
Advertisement
Discover
R29 Stories & News
Watch
R29 Original Series & Films
Shop
R29's Most Wanted