Skip navigation!
Story from Entertainment News
So, the months and months of speculation is finally over; we officially have our Anastasia Steele and Christian Grey. Now that Charlie Hunnam and Dakota Johnson have been initiated into the 50 Shades world, the hype over the movie is only getting bigger. While we're still undecided on our feelings about the relative newcomers, we do know they'll certainly be able to steam up the screen.
And, it seems we're not alone in our mixed feelings — the Internet has been buzzing about the casting decision. We've even gotten a list of actors who passed on the roles before Hunnam and Johnson stepped up to the plate. It's widely known that Ryan Gosling was the ideal Christian Grey, but the actor reportedly doesn't take on sequels — an obvious requirement to play Grey. The producers also approached Garrett Hedlund, but he turned down the job due to not being able to connect with the character. As for Anastasia, Shailene Woodley, Like Crazy's Felicity Jones, and Elizabeth Olsen were all up for the role at one point.
The Hollywood Reporter cites a top-secret script for the main cause of concern — with agents unable to read the material, many stars were wary of taking on such a controversial role. Of course, if 50 Shades turns into a Twilight-level hit, all those A-listers could end up feeling pretty sorry. The movie hits theaters next summer, so until then it's anyone's guess. (Business Insider) 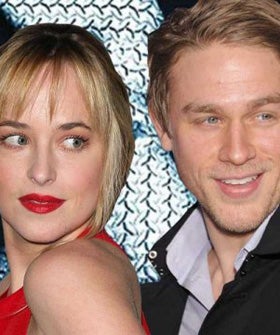