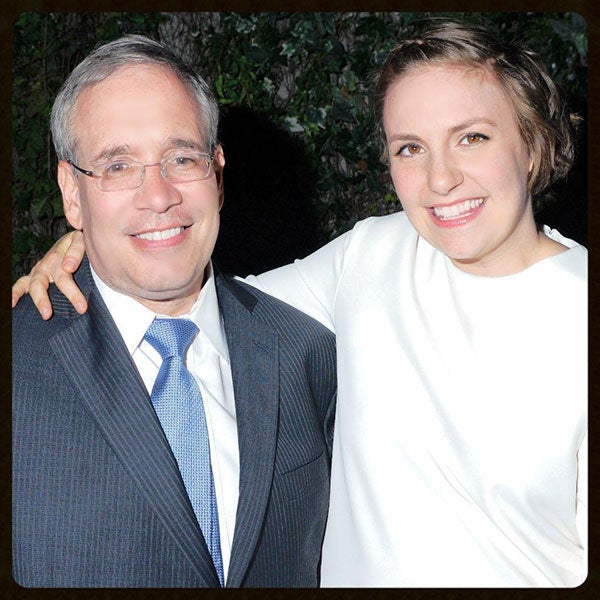 Photo: Dean Neville/BFAnyc.com
Like us, Lena Dunham had no idea what a comptroller was. "When [Scott Stringer] told me he was running for comptroller, the first thing I did was Google the word 'comptroller,'" Dunham said last night at the Maritime Hotel, during a fundraiser for the candidate. However, her support of Stringer's campaign for New York City comptroller speaks not only to her knowledge of the important financial role, but to how much Dunham cares about politics. Though it may surprise you to see a celebrity like Dunham, as well as a bevy of fashionites like Prabal Gurung and Alice and Olivia's Stacey Bendet, so hands-on in a hyper-local campaign, the content of Stringer's reputation and plans for the future make the reasons for their involvement clear.
Advertisement
The focus of Stringer's campaign has three main areas: Women, technology, and the middle class. As Stringer sees it, the three are intertwined. It's news to no one that the middle class and up-and-coming talent struggle in this city. As a result, New York is seeing an exodus of its creative population. As Dunham says, "If they struggle for too long, they're leaving New York for Seattle, Chicago, Austin, and in some cases, even Tampa. We can't have our generation's Patti Smith moving to Tampa. That's going to seriously f*ck our shit up." When it comes to the middle class, Dunham says, "They're the backbone of our city, but they're getting priced right out of it. A one-bedroom apartment shouldn't cost $6,000, but Europeans don't know that. They're paying whatever, and it's ruining everything." Any New Yorker, fresh out of college, looking to make a start, can tell you that affording an apartment, or even getting past all the paperwork and credit checks, makes for a discouraging situation.
If you're looking for proof that Stringer means business, his career highlights certainly speak to his ability. He released the first report on the city's tech economy and how we can grow it for all five boroughs, and as a member of the State Assembly, he authored landmark legislation on domestic violence. Additionally, he instituted the first ever anti-stalking laws, which Dunham says "has been really great for me, because I just can't get rid of them hos." Joking aside, this is a really big step.
Dunham stressed the point that, when it comes to women's rights, "Just because it's New York City doesn't mean it's gonna be okay forever. There's some weird, red-state stuff creeping in here, and we know that." But Stringer, in general, made us feel more comfortable about it. We especially loved his promise of keeping an eye out for us: "There has to be someone in city government who watches out for the people who struggle. People who are trying to raise families, who are trying to make sure that they play by the rules so they can have something at the end of the day." His commitment to make way for the next generation includes an emphasis on making New York the epicenter of fashion and technology, which includes saving the garment center (a claim that received much applause amongst the designer-infused audience). With a campaign based on "integrity, experience, leadership, and hope," Stringer also promises his plans as comptroller "will get people to where they want to be."
29Rooms
29Rooms Is Back; Here’s How To Attend Safely
Over the past year and a half, we’ve missed many opportunities to attend concerts, festivals, parties, and hangs. And although restrictions have loosened
by R29 Brand Experie...
Somos Latinx
Dear Miya Ponsetto, You Can Be Latinx & Still Be A Karen
Miya Ponsetto, the white woman dubbed as “SoHo Karen” on social media, was forcibly arrested in California yesterday. Her arrest comes after sh
by Jasely Molina
Food & Drinks
Is A Bagel Really A Bagel If It Isn’t In NYC?
by Elizabeth Buxton
Advertisement
New York
We Dig This NYC Dim Sum
by Camille Coklow
Beauty
The 17 Most Epic NYC Massages
by Kayla Jacobs
Movies
11 Movies Perfect For A Glorious Snow Day
by Vanessa Golembewski
New York
You HAVE To Try The Avocado Toast At These NYC Restaurants
by Elizabeth Buxton
New York
The Absolute Best Spots To Slurp Ramen In NYC
by Zoe Bain
New York
The NYC Rooftops You Need To Hit This Summer
by Elizabeth Buxton
Beauty
The Best Cheap Haircuts In New York City
Choppa style, for cheap.
by Liesa Goins
New York
The Indie Bride-To-Be’s Guide To Dress Shopping In NYC
by Ashley Castanos
New York
Is This Really What The NYPD Thinks About Rape?
NYPD captain Peter Rose has angered rape advocates after saying “acquaintance rape” cases are not as serious as rapes committed by strangers.DN
by Shannon Carlin
Advertisement
Advertisement
Discover
R29 Stories & News
Watch
R29 Original Series & Films
Shop
R29's Most Wanted