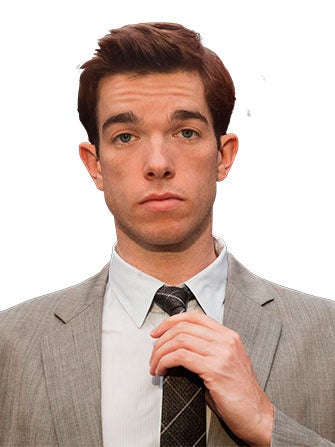 Here at R29, we love to laugh (Exhibit A). So we were really excited to see the killer lineup for this year's New York Comedy Festival. In association with Comedy Central, the NYCF has been home to some of the biggest names in comedy, including Louis C.K., Kevin Hart, and Dane Cook, and for their 10th anniversary, they did not disappoint. Featuring over 175 comedians, you can expect to see the likes of Larry David, Bill Burr, Whitney Cummings, Kathy Griffin, Jim Jefferies, Anthony Jeselnik, Bill Maher, John Mulaney (total babe), Nick Swardson, and Wanda Sykes.
The festival takes the stages of Beacon Theatre, Carnegie Hall, Madison Square Garden, and Town Hall in November, but if you're a Citi cardmember, you can snag tickets today. If not, you can still get your tickets early on August 12. Basically, you should probably just stay up after watching Breaking Bad on Sunday to grab your tix at midnight.
When: November 6 to 10
Where: Various locations
Tickets: Available online
29Rooms
29Rooms Is Back; Here’s How To Attend Safely
Over the past year and a half, we’ve missed many opportunities to attend concerts, festivals, parties, and hangs. And although restrictions have loosened
by R29 Brand Experie...
Somos Latinx
Dear Miya Ponsetto, You Can Be Latinx & Still Be A Karen
Miya Ponsetto, the white woman dubbed as “SoHo Karen” on social media, was forcibly arrested in California yesterday. Her arrest comes after sh
by Jasely Molina
Food & Drinks
Is A Bagel Really A Bagel If It Isn’t In NYC?
by Elizabeth Buxton
Advertisement
New York
We Dig This NYC Dim Sum
by Camille Coklow
Beauty
The 17 Most Epic NYC Massages
by Kayla Jacobs
Movies
11 Movies Perfect For A Glorious Snow Day
by Vanessa Golembewski
New York
You HAVE To Try The Avocado Toast At These NYC Restaurants
by Elizabeth Buxton
New York
The Absolute Best Spots To Slurp Ramen In NYC
by Zoe Bain
New York
The NYC Rooftops You Need To Hit This Summer
by Elizabeth Buxton
Beauty
The Best Cheap Haircuts In New York City
Choppa style, for cheap.
by Liesa Goins
New York
The Indie Bride-To-Be’s Guide To Dress Shopping In NYC
by Ashley Castanos
New York
Is This Really What The NYPD Thinks About Rape?
NYPD captain Peter Rose has angered rape advocates after saying “acquaintance rape” cases are not as serious as rapes committed by strangers.DN
by Shannon Carlin
Advertisement
Advertisement
Discover
R29 Stories & News
Watch
R29 Original Series & Films
Shop
R29's Most Wanted