Skip navigation!
Story from Entertainment
When we hear about a new reality show hitting the airwaves, our general response is usually a pronounced groan — but this time, we're actually pretty psyched. Janie Bryant, the much-lauded costume designer for Mad Men, is reportedly doubling up on screen time with her own fashion reality show!
According to Telegraph, Bryant is currently in talks with the creator of NBC's Fashion Star. Her new show, tentatively titled Janie Bryant's Hollywood, will go through the motions of all the other fashion competition shows — with a twist. Contestants will be aiming to design clothes for iconic Hollywood royalty, like Audrey Hepburn or Marilyn Monroe, or costumes for classic Hollywood films. Producer James Deutch told Deadline that he "loved the idea of tapping into someone like Bryant, who is great at finding a look and designing costumes for film and TV and seeing how it translates into the real world." That makes two of us! 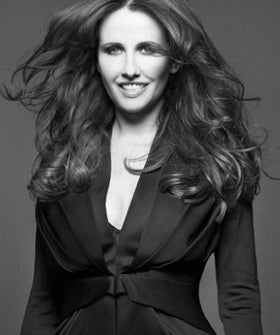