Skip navigation!
Story from New York
We've all had ideas that seemed really great at the time. But usually, hindsight tells us these were actually terrible ideas (i.e. Perhaps you should have just fessed up about the broken vase instead of trying to glue it back together. Or maybe those baby bangs weren't the smartest choice.) But we promise you that none of your ideas, as wild as they may seem, are as extreme as these six proposals for New York City's landscape. For example, someone pitched the $17-billion idea of filling in the Hudson River to add 10 square miles of land to the island. This may seem less dramatic next to the idea of draining the East River entirely to ease traffic congestion, and even less so than placing a geodesic dome to maintain urban segregation. However, we are still classifying these schemes (and the remaining suggestions) under "cray." (Gizmodo) 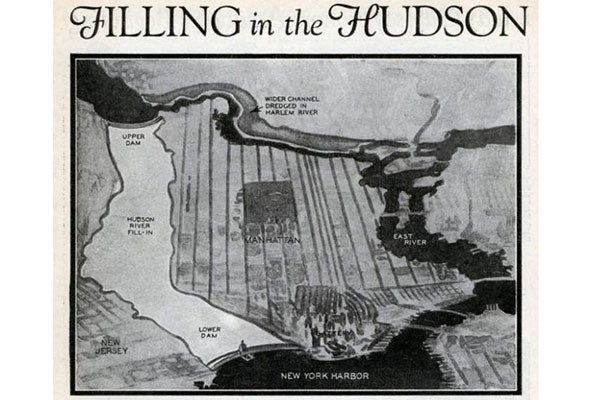