Skip navigation!
Story from Entertainment News
Alright, to any ol' Joe Shmoe, a cool $20 million would be winning the lottery (heck, we freak out when we win five bucks from scratch-off tickets), but to a celebrity of Depp's stature, $20 million is a flat rate. And, according to The Hollywood Reporter, the directors of the new Whitey Bulger mobster flick tried to cut the actor's salary in half, and the actor's not having any of it.

Depp left the project after financiers cut everyone's paycheck in half — including that of The Great Gatsby's Joel Egerton — in an effort to keep from going over budget. As of today, there's still a big question mark next to Depp's name on the cast list. One source close to the film told
The Hollywood Reporter
that there's "a 95 percent chance" Depp will return, while another that says he's flown the coop for good. "This situation is absurd," a source told THR. "You would never have a star of Depp’s magnitude and not have all of the deal’s preconditions buttoned down before taking it to market."

Advertisement
Hope for the film isn't lost, however. It's going to be made with or without Depp, but Cold Creek, the project's financiers, have crossed their fingers, hoping they can pull Depp out from his diva moment and meet him halfway with, you know, just a casual $15 million rather than $10. A source may have gotten a little overzealous when claiming this can only end in a lawsuit, but hey, at least Depp hasn't pulled the "don't you know who I am?" stint...yet. (The Hollywood Reporter) 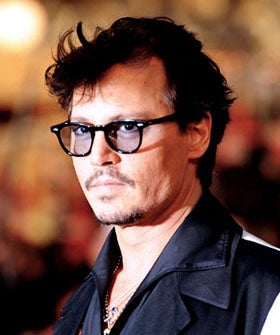 Image: via The Hollywood Reporter.